Before the Mute Swans started breeding the breeding pair of Whoopers spent a lot of their time chasing off any other Whoopers that dared to hang out in the valley. Then last year they used a lot of time fighting with the Mute Swans. The Whoopers seem to have the upper hand and have given the Mutes a real beating on a number of occasions. The Whoopers spend a lot of time afterwards celebrating their victory by calling and almost dancing together. This fighting may well have been a contributory factor to the failed breeding by the Mutes although they also young birds and it was their first attempt (both are colour ringed so we know their history).

The male has been noted to be a bit of a bully towards other Mute Swans when they gather together on the fjord in the winter and this spring he seems to have had a bit more courage when the Whoopers come calling although he struggles to hold his own. When a visiting pair of Mute Swans appeared on the week last week he seemed to have a lot of aggression to get out of his system and chased them away very quickly.

On Saturday morning the Mutes were on the water near their nest and a pair of Whoopers were a couple of hundred of metres away (I am unsure as to whether they were the breeding pair or the additional pair) when the Whoopers started calling and swimming towards the Mutes. The male Mute responded by swimming a bit towards them and then swimming back and forth perpendicular to them as though he was drawing a line in the water. One of the Whoopers (must have been the male) kept on swimming towards the Mutes and eventually came too close. This caused the male Mute to aggressively flap over the water before drawing a new imaginary line in the water which he patrolled with wings raised. This was too much for the Whooper who then charged the Mute. It was difficult to see what was going on with so much water being splashed about but the Mute was in a defensive position although he did not give ground and the Whooper soon retired from the fight acting as though he was the winner. The Mute then swam alongside the Whooper with wings raised whilst the Whooper just snubbed him and had a wash. The Mute then went on the attack but again the Whooper seemed to have everything under control.

I took still photos of all of this and have put some of them together to make a video of the confrontation. I am also very happy with how the back lit photos came out. 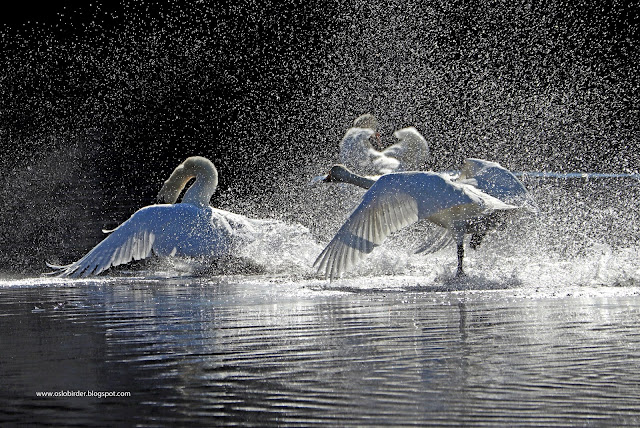 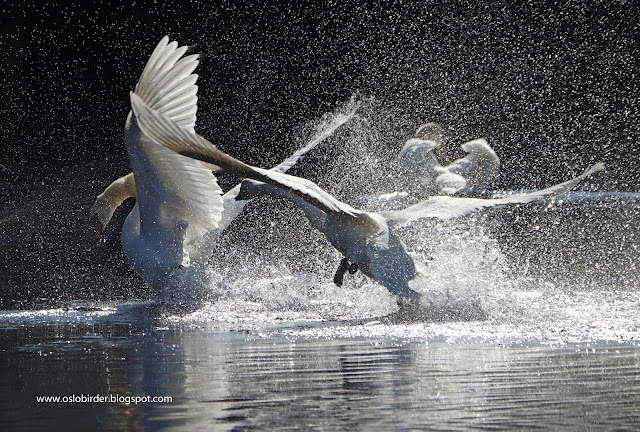 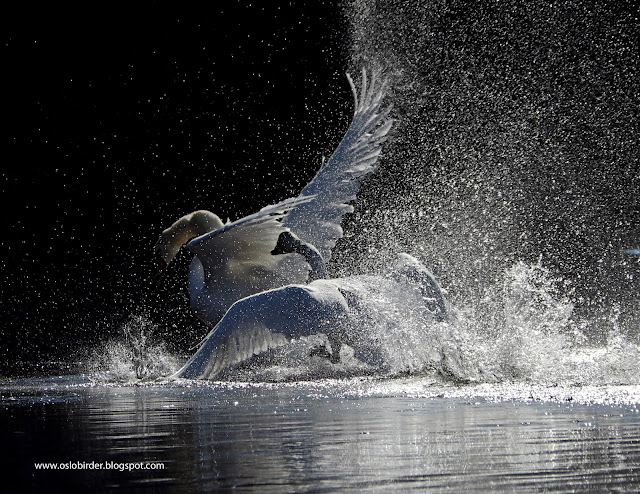 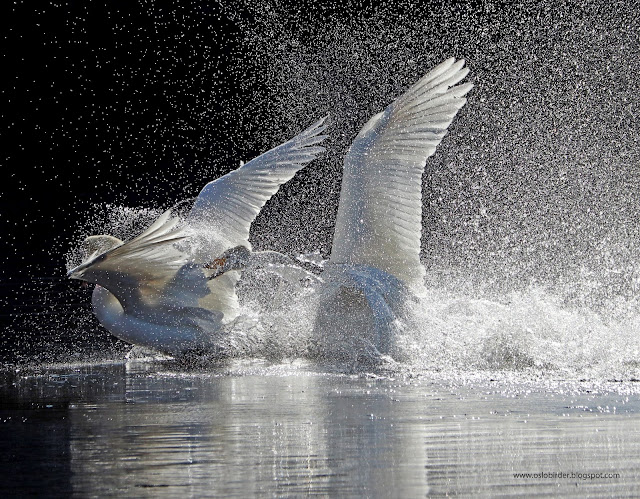 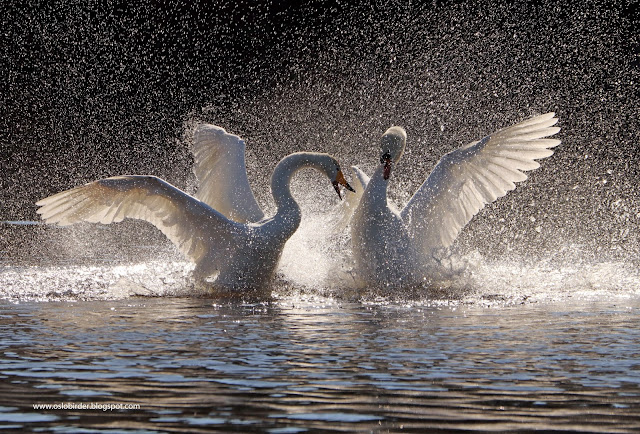 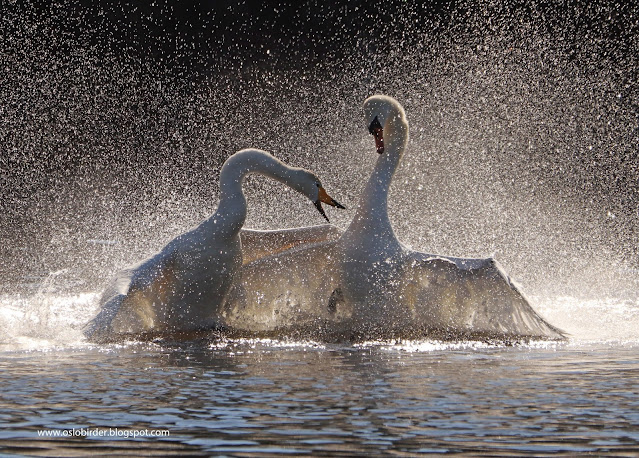 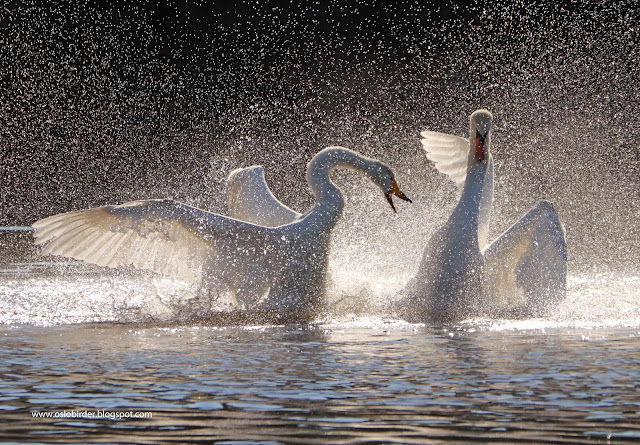 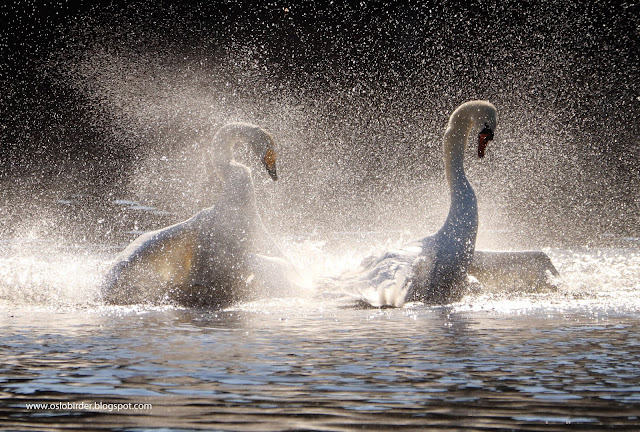