Today’s birding was exceptionally disappointing. I visited the mighty Svellet where the mudlfats looked perfect but the only waders were 2 Greenshank, 4 Wood Sandpipers (my first of the year), 9 Curlew and an Oystercatcher. By this date last year there were hundreds of Greenshank and I had found a Lesser Yellowlegs. I keep saying it but when the birds do come then there could be a really mega day! Another stop gave me my first Little Ringed Plover and Common Tern of the year so there were some birds 😉 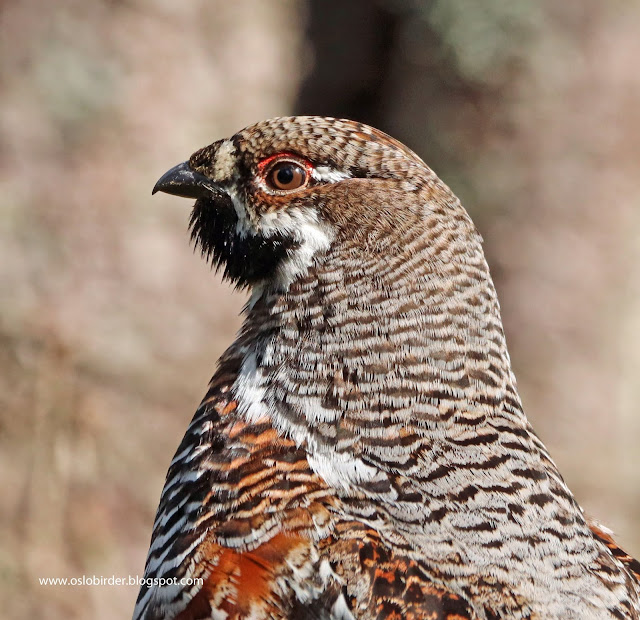 A lack of things to write about today though does give me the chance to showcase Hazel Grouse (again). My Hazel Grouse encounter on 3 May was one in a million. I revisited the pair I discovered earlier in the spring and which have proved to be very confiding, or at least the male is. My plan was to see if I could find the nest as I suspected based on my previous sighting that the female is in the middle of egg laying which explains why the male so closely followed her around. They lay up to 10 eggs with 1-2 days between each egg and incubation doesn’t start until all the eggs are laid so it takes around two weeks before she is sitting on the eggs.

Even though their territory is probably only around 250m x 75m it can take time to find them and it is the males song that is the easiest way although he doesn’t sing much at the moment. It took me a while to find them but I then spent an unforgettable (although I am not getting to the age when that may soon be the wrong expression to use…) half an hour with the pair. As on my previous visit the male was guarding the female and he was exceptionally easy to see whereas the female was always running ahead. My focus was on trying to get photos of the female and also hoping that she might lead me to her nest and I therefore ignored some encounters with the male which might have led to fantastic pictures. The female never seemed to stop moving and the few times she did the camera managed to focus on the ground behind her but I did get to see her well in the bins and amongst all the crappy pictures I took ther were some that were OK. Her plumage was quite shabby with loose feathers especially on her nape. I put this down to the mating when I assume that the male holds her tightly as he tries to keep his balance. I also imagine that they mate many times over many days with such a large clutch.

I was unable to ignore the male any longer though when he jumped up onto a branch just 3-4 metres from me and started singing. I had shown the foresight to have the superzoom with me and managed to film him. I was breathing heavily but the stabilisation in the camera worked well and I was able to zoom right in on his head. I don’t think it is audible on the video but just before he sang he would make some very quiet noises (just as Great Snipe does) and I was able to prepare myself for the song.

First the female as she was mission. These are the best of many, many picture I took and she was nearly continually walking/running away from me. 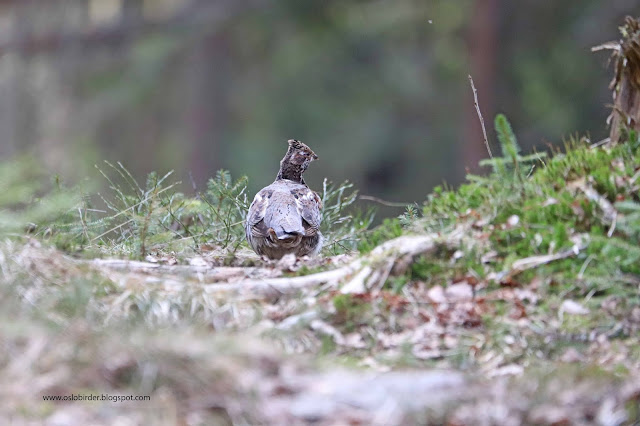 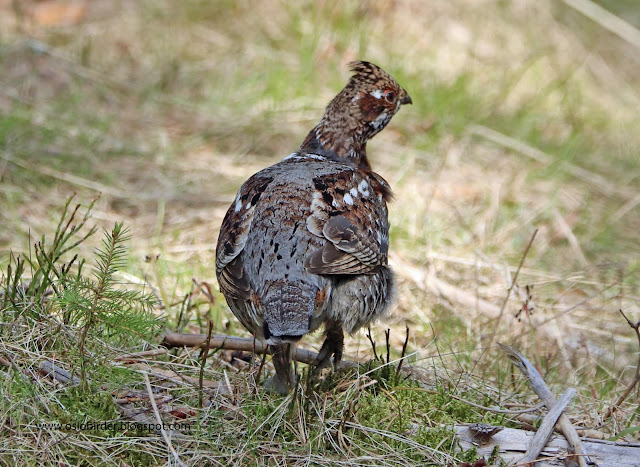 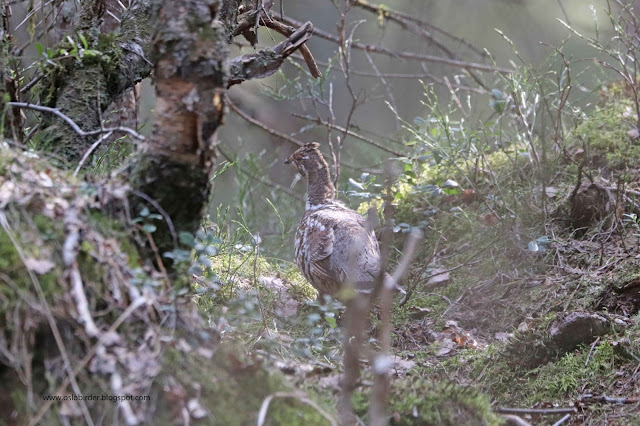 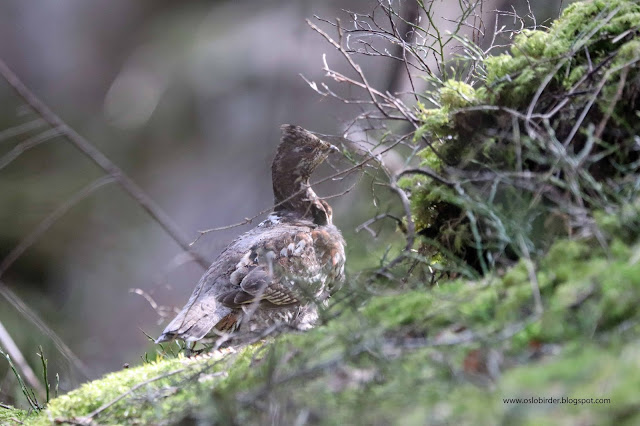 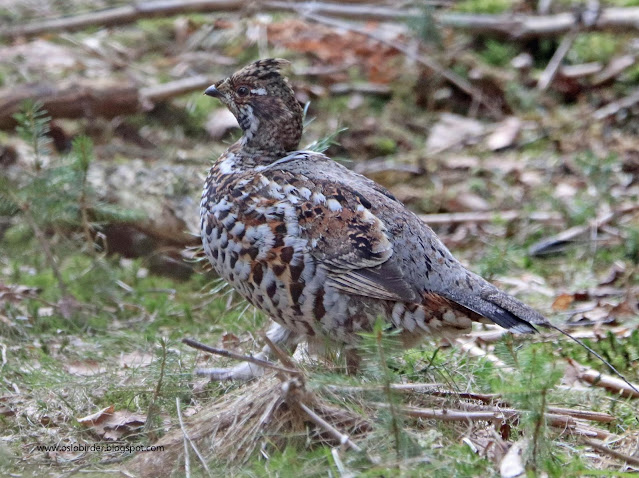 and the far more photogenic male who would often stop just a few metres away. 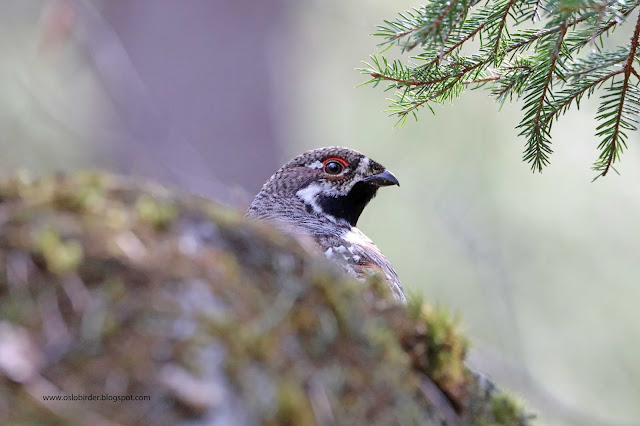 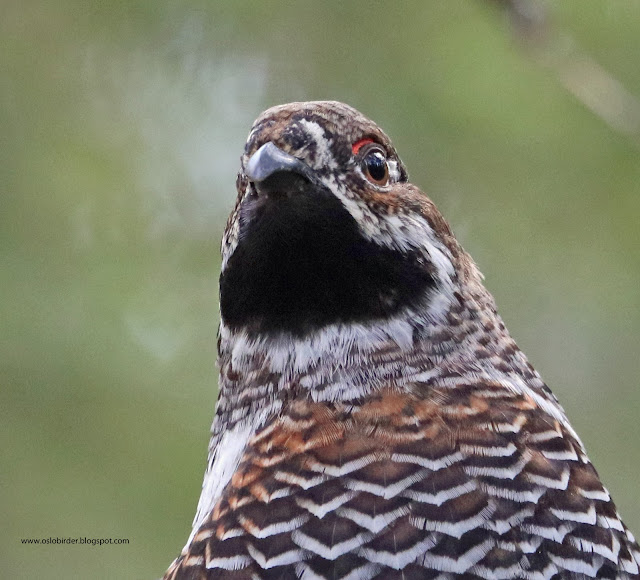 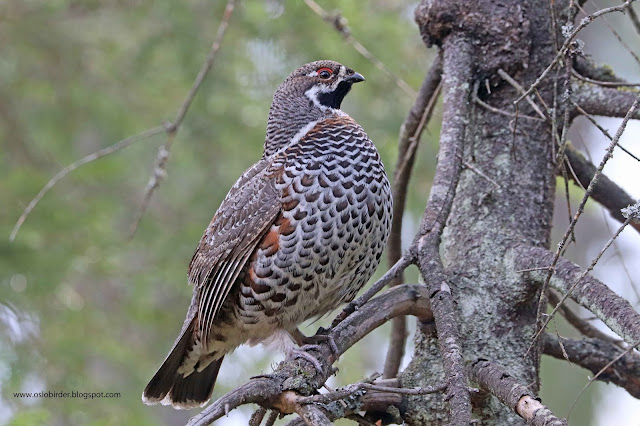 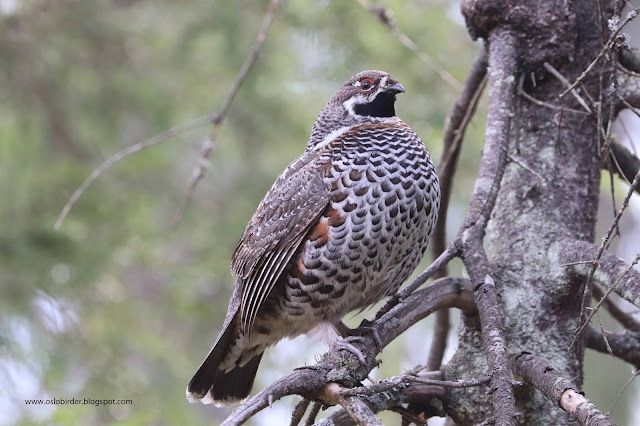 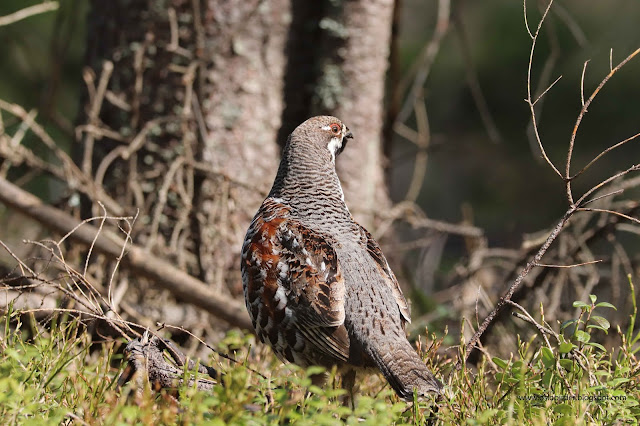 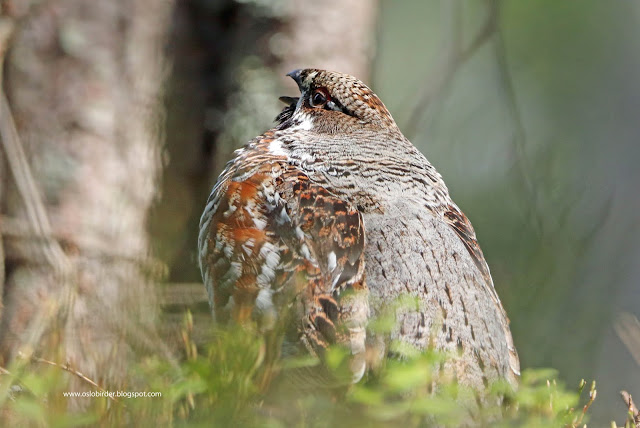 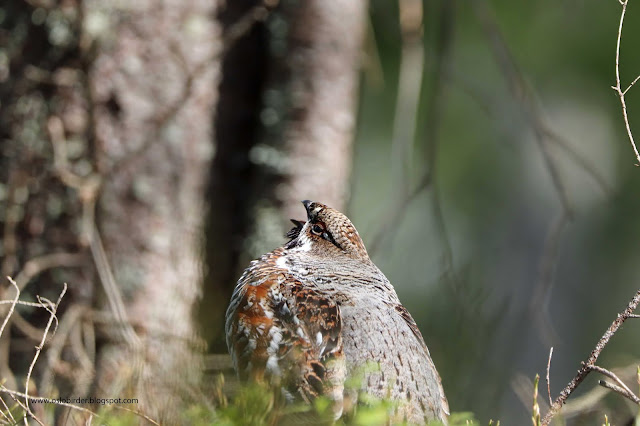 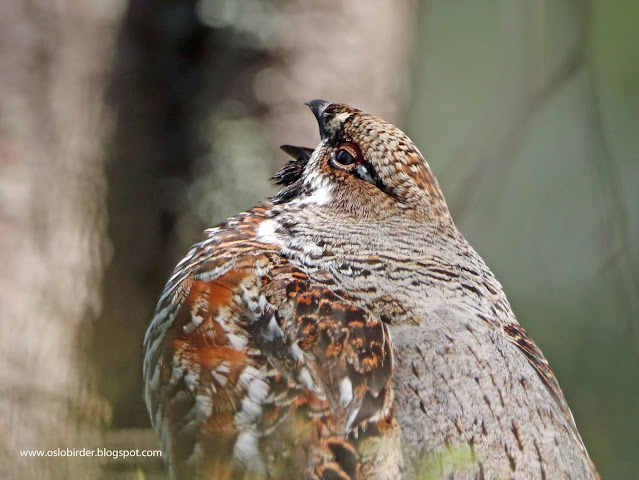 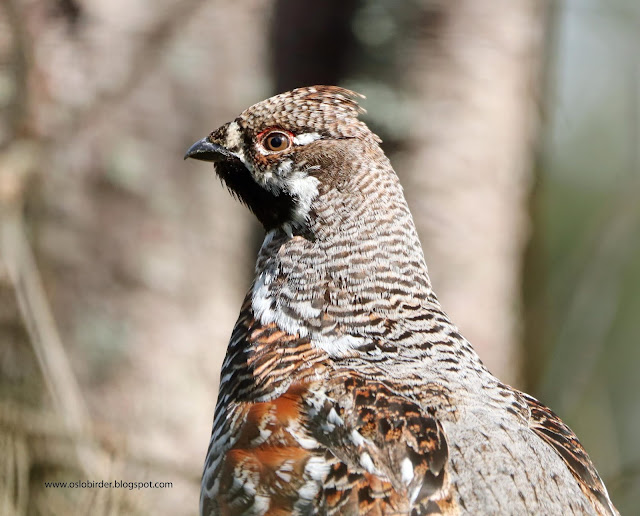 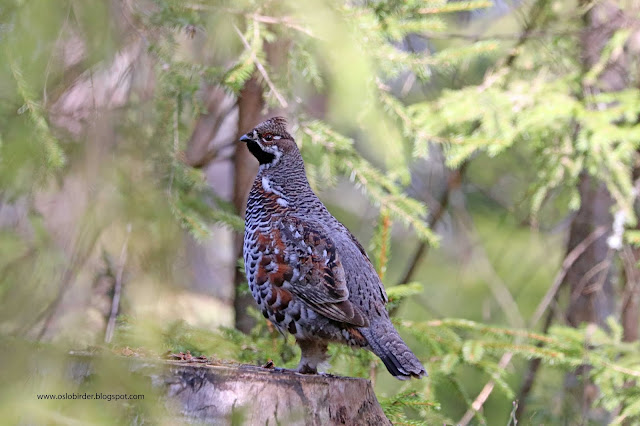 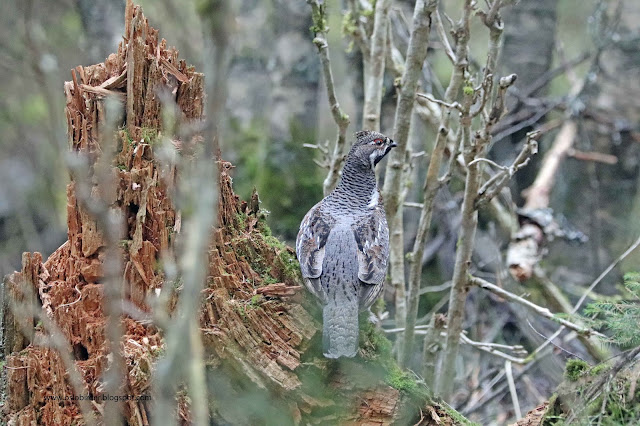 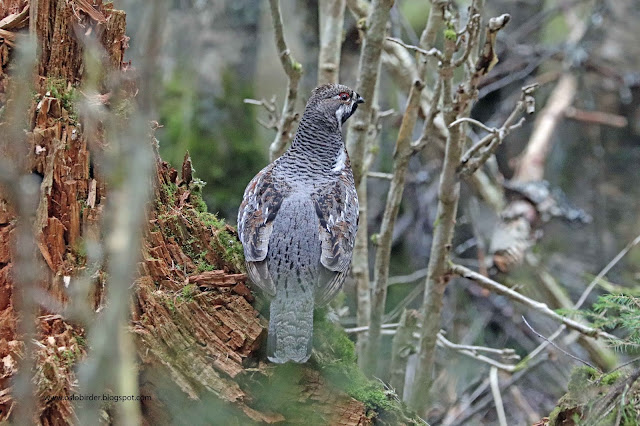 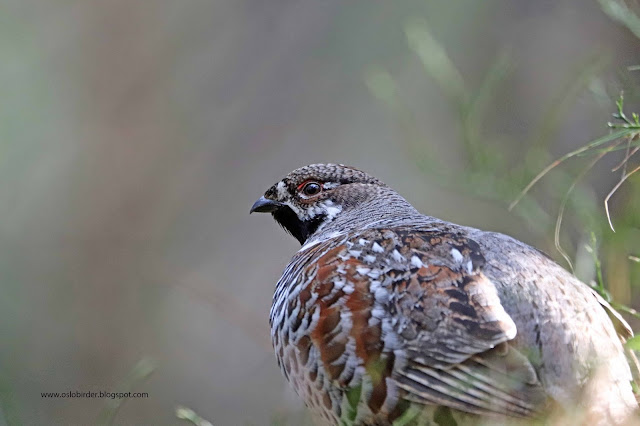