First Bean of the year

After the joys of the GG I had a quiet day in Olso yesterday hoping to find more evidence of spring. Two Oystercatchers seen from Huk meant at least one was a new arrival, but bird of the day was a Dipper that flew low over the sea and then headed for a passing ferry which it almost looked like it would land on before it continued purposefully towards the east. This obviously migrating bird is the first ever record for Bygdøy! Whilst Beast walking close to home in the afternoon Hawfinches, Greenfinches, Bullfinches and Goldfinches were singing in the sun and it felt like more like May than February. A male Goldeneye on the first patch of open water in Maridalen was the first  of the year and today that same patch of water held a family of Whooper Swans. There were three young and it must be likely that this is the breeding family from last year. At one stage one of the adults got angry with one of the youngsters and it won't be long before the young are pushed away.

Today I moved a bit further afield and made my first trip out to Årnestangen in 2019. A couple of fields are free of snow and geese and Whooper Swans were gathered here. Among the Canadas and Greylags was a single Taiga (fabalis) Bean Goose which was a reminder that the Scottish birds need to be looked for soon (there are no GPS senders still working so it will be a bit more work to locate them this year). Four Lapwings (my first of the year), 5 Teal, 4 Wigeon, 3 Starling and singing Skylarks gave a very welcome feeling of spring and Great Grey Shrike, White-tailed Eagle and Peregrine added a bit of spice. 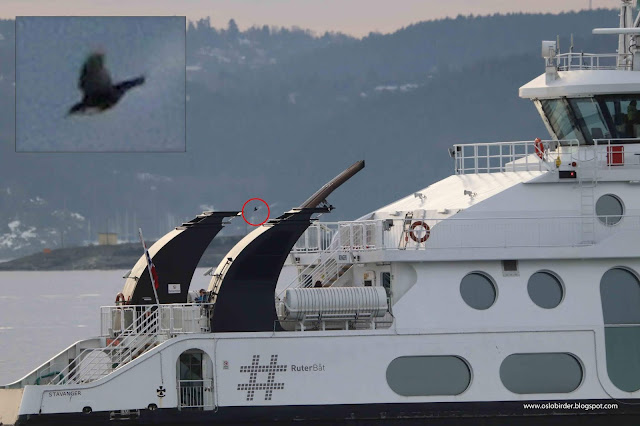 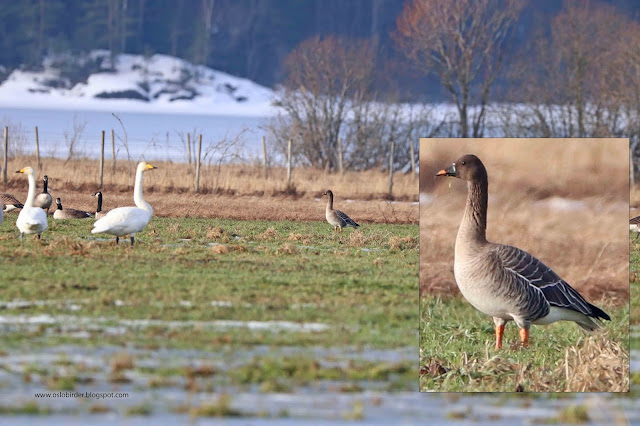 I had a great day yesterday guiding Claire from Aberdeen, via Stavanger, to the Great Grey Owl. The bird has begun attracting a steady stream of admirers and when we arrived at 10am it was already pinned down. It was initially moving around a bit but eventually seemed to have detected a rodent and spent a long time in the same area. It never went down to the ground whilst we watched although on a couple of occasions looked as though it was about to. It did change lookout post a couple of times though which gave the chance for flight photos. It was flight photos that I was hoping for and I had the camera set up on the tripod and my finger poised on the shutter button for ages waiting for the bird to make its move. I did manage to press at the right time and the photos are sharp BUT the every time the bird flew in the wrong direction and the background was messy so despite a marked improvement over previous efforts there is still room for a lot for additional improvement.

Whilst watching the owl we could hear Black and Lesser Spotted Woodpeckers.
Afterwards we went looking for Bearded Tits. Despite having birds calling at probably no more than 5 meters range from with the reeds and hearing them moving about we were not able to actually see one! My first Skylarks, Reed Buntings and Curlew of the year were some compensation though. 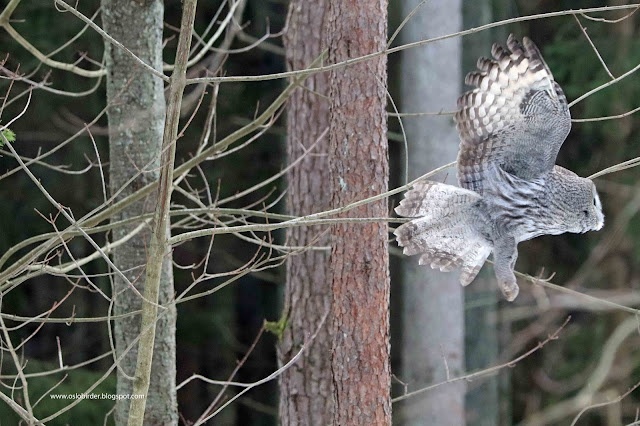 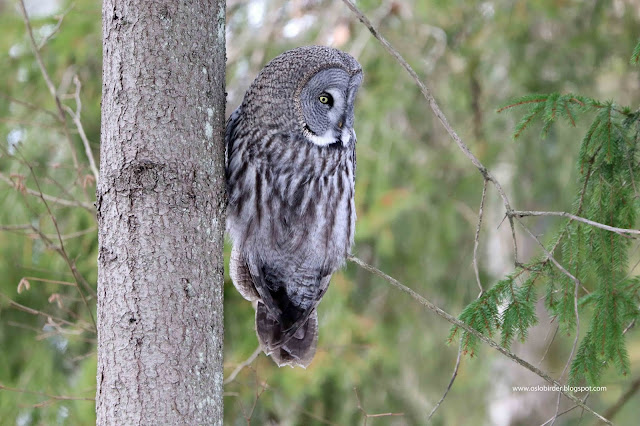 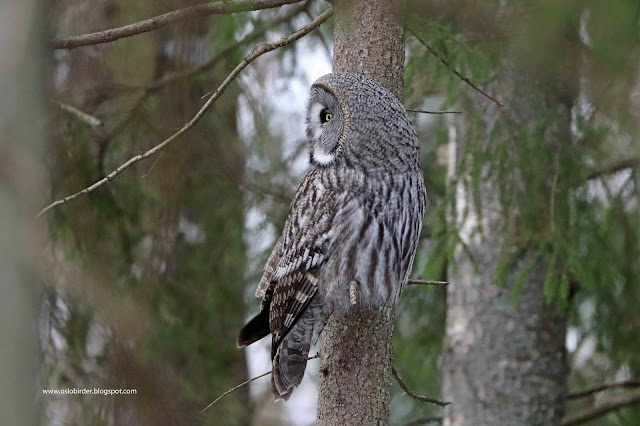 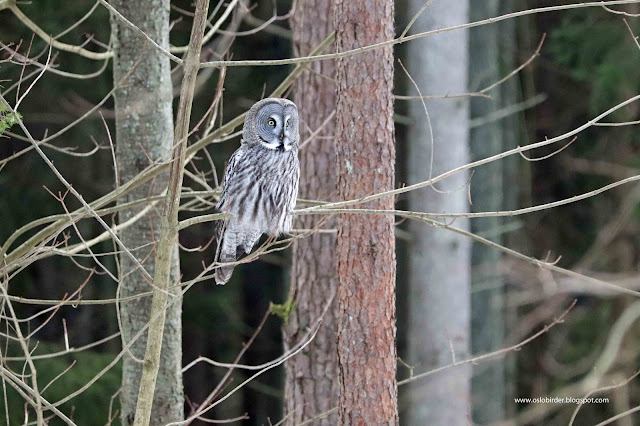 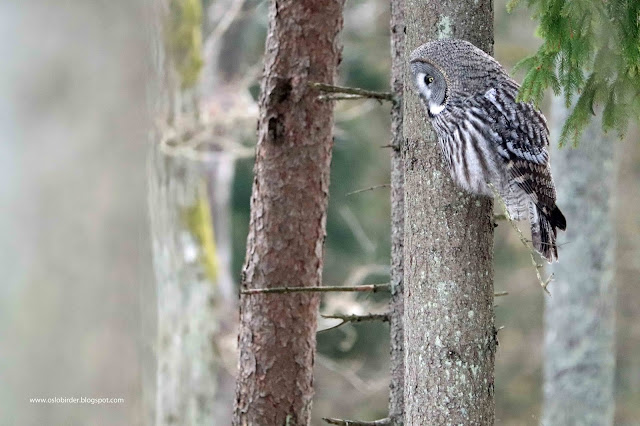 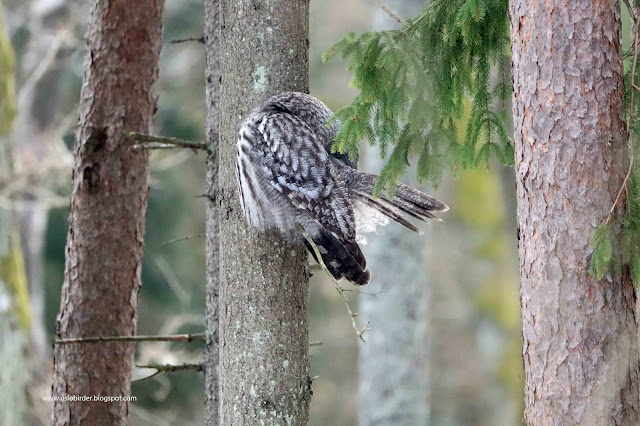 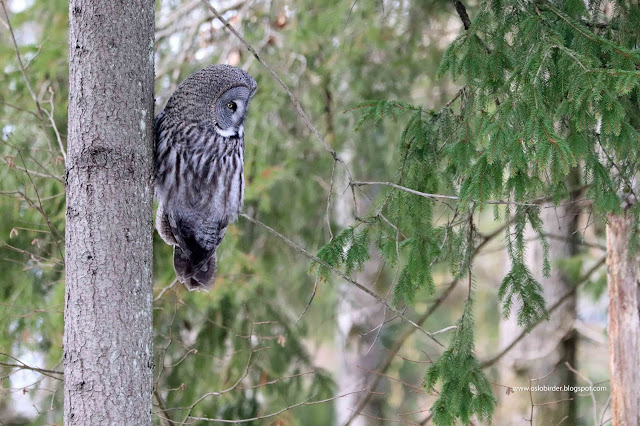 Last week I found a hybrid Pintail x Mallard but only had poor long range views and correspondingly awful photos. The bird was luckily subsequently relocated close to the Opera building on the waterfront in Oslo and I was able to see it and take better photos yesterday. This is only the second time I have seen this hybrid after having found a different (based on plumage) male last spring although have seen what was likely a female of this hybrid combo and I find it very interesting to study such hybrids.

The bird was associating with urban Mallards which suggests to me that its mother (rather than father) was a Mallard as duckling are raised by their mother and would therefore learn from their mother. Østensjøvannet has had a female Pintail in winter residence for a number of years but by my logic she would not be the mother but there was a male that wintered in Oslo 2016/17 and this could well be the father as I assume he would have at least tried his luck with one of the female Mallards he was associating with. 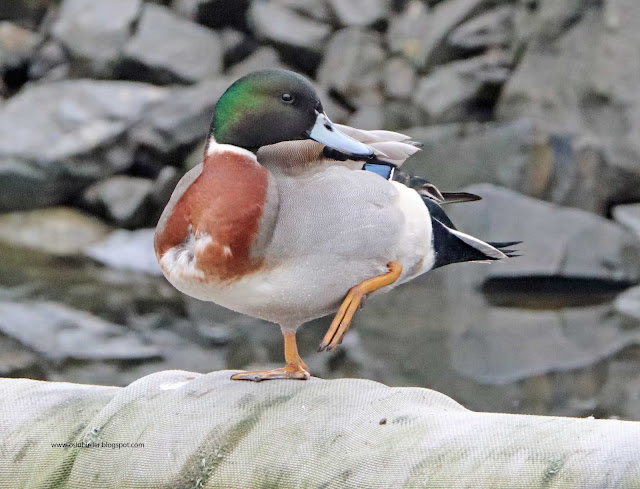 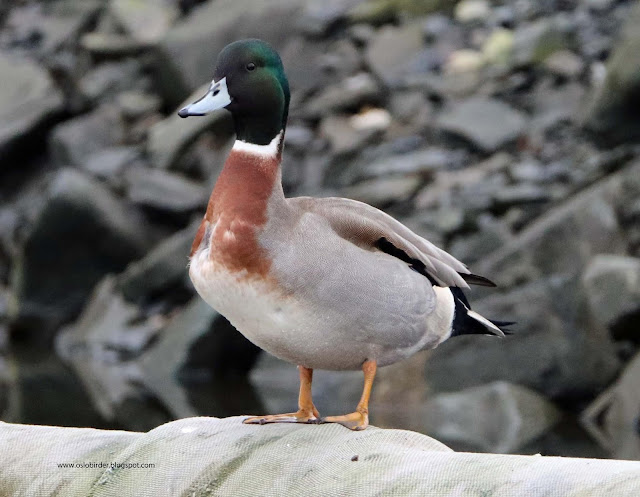 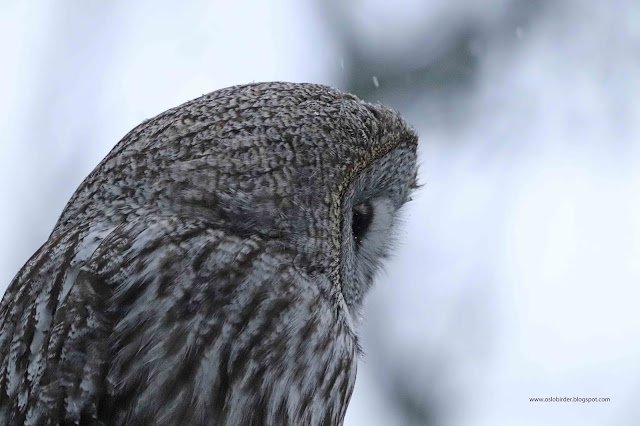 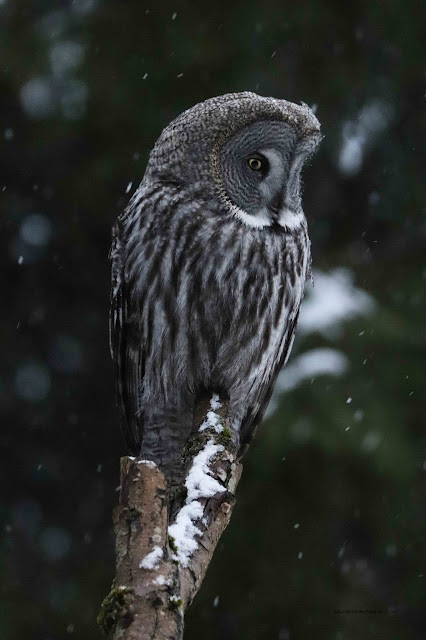 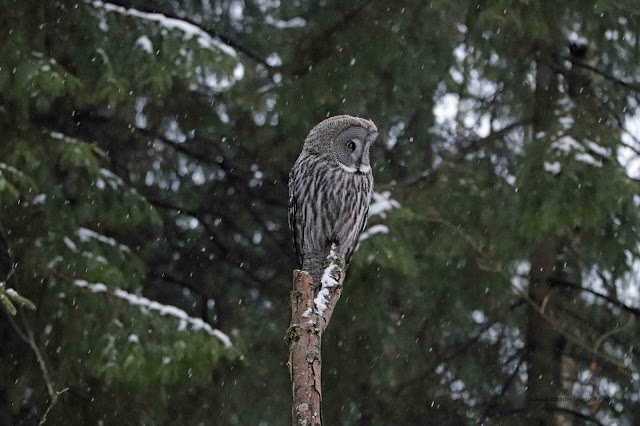 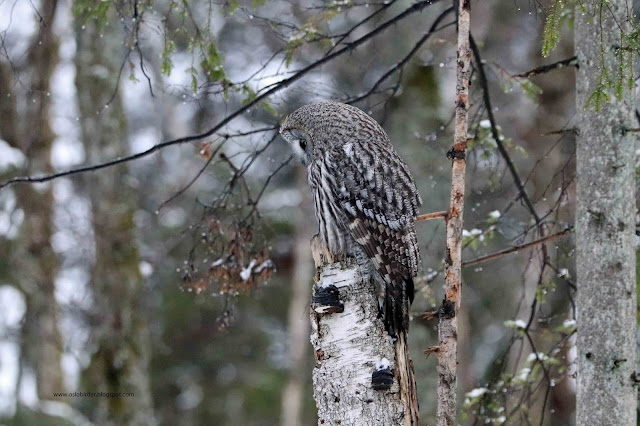 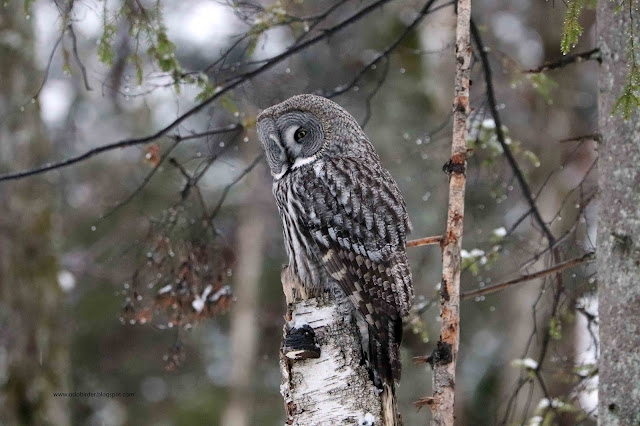 An early spring on the cards

The unseasonal warm weather continues with temperatures not dropping below zero and the snow melting quickly. Over the weekend very early Skylark and Stock Dove were seen in Oslo and today a Crane was reported north of the city. I much prefer a late spring as this brings with it mass arrivals of but it looks like this year will be an early spring with birds just seeping gradually in.

For my part I had a cheeky session at the docks yesterday and was rewarded with a female Smew, Little Grebe, 400 Goldeneyes and rarest of all a hybrid Pintail x Mallard although this didn’t allow close study. 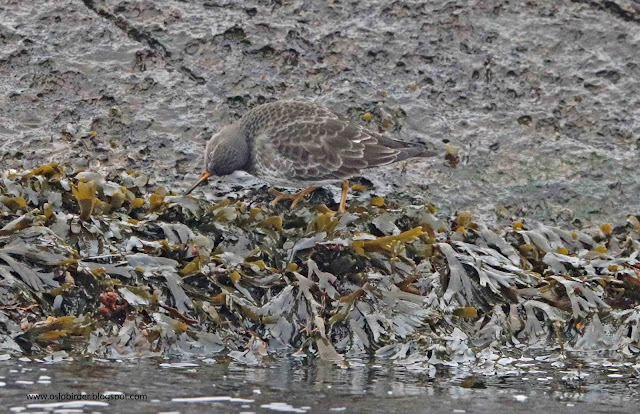