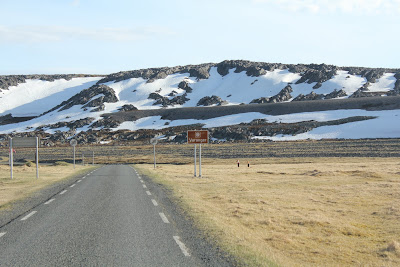 I had long dreamed of a trip to Finnmark. I’m not entirely sure where the fascination came from but was probably a combination of reading John Gooders Where to Watch guide to Europe whilst a school kid and also the 2 family summer holidays to Norway as a kid which kindled my love for arctic birds. Places such as Varanger, Vadsø, Vardø and Pasvik have always been a the top of my travel wish list and the question I ask myself now is why it has taken over 10 years of living in Norway to make my dream come true. I don’t really have a good answer but costs have now come down and information is now far more readily available through the internet which makes planning a trip far simpler.
Most people time their trip to Finnmark for the end of June when all the breeding species are back and especially Arctic Warbler and Little Bunting. However for me it was most important to see Lesser White-fronted Goose. This species is on the verge of extinction in Europe with under 60 birds hanging on in Norway and resting every year in the second half of May at Valdak Marshes to fatten up before flying up into the mountains to breed. I really wanted to see these birds – probably the only genuinely wild Lesser White-fronts occurring in Europe – before they risk dying out completely. An over zealous hunting party on their perilous migration route could wipe them out.
The timing and route of this trip was therefore designed around ensuring that Lesser White-fronted Goose would be seen which meant a different route and timing to most Finnmark trip reports. Although we would be too early to some of thespecialities we would have a chance to see some seabird and wader migration. It had also been widely reported that 2011 was a rodent and lemming year which gave us the hope of owls including Snowy.
My travelling companion was Per Christian Moan, a Norwegian birder and fellow Cambridge alumni who had completed his military service in Pasvik twenty years ago so this would be a nostalgic journey for him.
Her is a "highlights" video:


26 May. Flew Oslo – Tromsø - Lakselv landing around noon. Avis had forgotten our reservation which caused a bit of a delay but we were soon heading for Valdak marshes only 20km away.
At 1600 we then headed north to Lille Porsangen driving up the east side of the Porsangerfjord via Børselva estuary. Spent the night in the car at Veidnes in Lille Porsangen.

27 May. Drove from Lille Porsangen to Kjølnes Fyr lighthouse via Tana Bru. A long drive with many stops on the way and arrived at the lighthouse just before midnight. We slept in the car again. The lighthouse is one of the northern most points in Norway and a noted, if underwatched, point for seeing migrating seabirds.

28 May. Kjølnes Fyr to Vadsø via Tana Bru, Varangerbotn and Nesseby. Spent the night at the Rica Hotel in Vadsø - very expensive but a good breakfast. Had a very nice curry at the only restaurant that was open in Vadsø.

29 May. Vadsø to Vardø to Hamningberg before driving in the evening to Pasvik via Neiden chuch. Arrived in Pasvik after midnight and slept in the car. 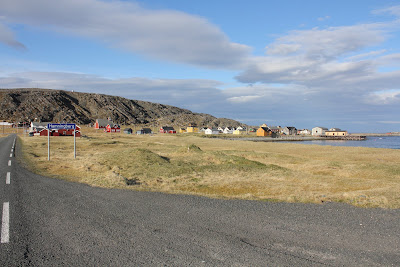 30 May. Drove the many roads around Pasvik and slept in the car again.

31 May. More searching of Pasvik before having to leave at around 1700 to head for Kirkeness and our 2030 flight to Oslo.

The key birds seen were as follows:

LESSER WHITE-FRONTED GOOSE. 14 birds seen at Valdak including a neck ringed bird that was one of four young birds released last year in an attempt to bolster the population and seemingly the only that has survived whereas survival of the wild bred birds has been record high.

GYR FALCON. 3 birds seen in Lille Porsangen including a pair calling. This is a very extensive area and the birds we saw were not at a nest site.

PINE GROSBEAK. Seen twice in Pasvik both times as birds flew across the road in front of the car. The first sighting was of 2 adult pairs feeding separately at the same site and the second a singing 1st summer male 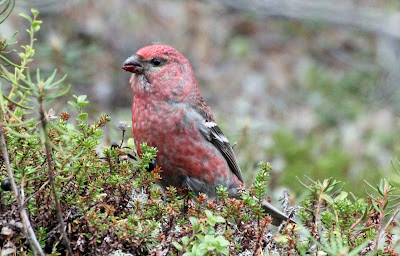 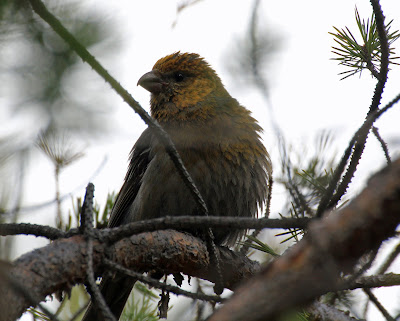 STELLER’S EIDER. We had over 30 birds in 3 flocks including 11 in Vadsø and also at Ekkerøy but unfortunately none were summer plumaged adult males.

KING EIDER. Our only sighting was a flock of 18 off Kjølnes Fyr that contained one adult male.

SIBERIAN TIT. Relatively common in Pasvik and responded well to playing of calls on the ipod. 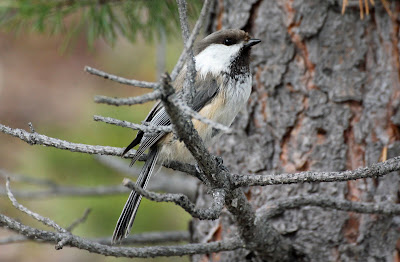 HAWK OWL. A pair seen at the nest with three young not far from Tana. The nest was in an old crows nest right by the road and was a reward for having checked out all the crows nests we had seen that day. Gave fantastic views.


GREAT GREY OWL. One seen very briefly at around 1am from Skrøytnes bird tower in Pasvik as it flew over a field on the other side of the river meaning it was in Russia!

SIBERIAN JAY. Relatively common in Pasvik and very curious and tame once found. 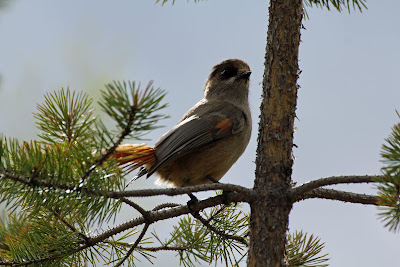 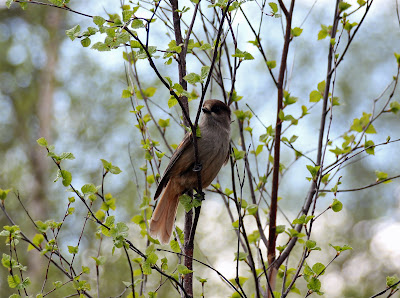 BEAN GOOSE. Both Tundra and Taiga seen with Tundra on the Varanger Peninsula and Taiga at Pasvik. Birds also seen at Valdak with at least one pair being Taiga.

GLAUCOUS GULL. 7 1st summers seen in the Varangerfjord with 3 separate birds in Vardø 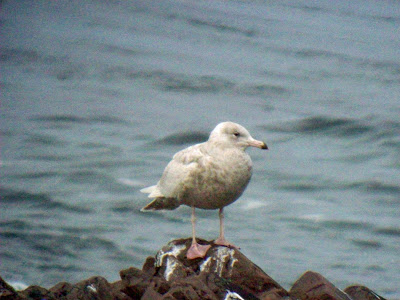 BRUNNICH’S GUILLEMOT. A few tens seen at Vardø looking towards the seabird cliffs of Hornøya. Surpirsingly difficult at first to pick out amongst the far more common Guillemots and less numerous Razorbills but became easier with practice

POMARINE SKUA. A number of birds seen on migration in the Porsangerfjord, off Kjølnes Fyr and around Vardø where there were around 150 taking advantage of many thousands of Kittiwakes and Herring Gulls that were feeding on obviously enormous shoals of fish in the area. 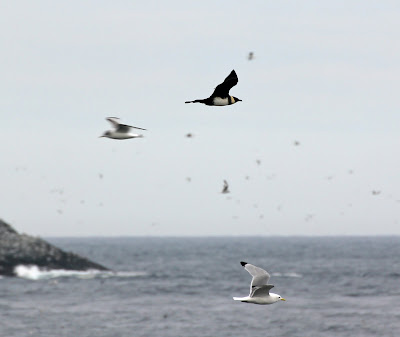 
RED-THROATED PIPIT. Fairly numerous at various place along the Varangerfjord including Vardø 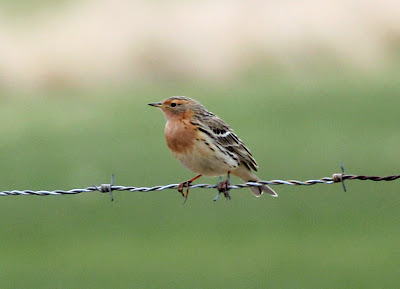 WAXWING. Breeding birds in Pasvik and a couple of migrants feeding on the ground near Vardø.

The total number of species seen on the trip wad 131 which by all accounts is a good total. Numbers of birds could well have been into the hundreds of thousands with some large concentrations of Kittiwakes, Herring Gulls, auks and Knots.

The only disappointments of the trip were not connecting with White-billed Divers which had been seen migrating in good numbers along the north coast earlier in May and also not connecting with displaying Broad-billed Sandpipers and Jack Snipes in Pasvik – the single Jack Snipe we did see was a bird we distrurbed at a roadside stop on the long drive on 27 May and probably a migrant.