I have been guiding the last two days. Firstly, Donna and Doug from Californian and today Steve and Ann from Blighty.

Wehave visited Fornebu, Østensjøvannet and Maridalen and we have seen a lot of birds with many species feeding young either in the nest or newly fledged. At Fornebu I discovered a pair of Thrush Nightingales bringing food to a nest. They were very close to a path and it was their alarm calling that alerted me to them. I did not recognise the call and the closest I could come was young owls but after a bit of searching found one and then both Thrush Nightingales with food in their beaks. The views were great but it was a bit gloomy so pictures do not do justice. We also had Ringed Plovers, Wheatears, Whitethroats, Skylarks and Willow Warblers all with fledged young and Marsh Warblers singing. 4 Lapwings were early autumn migrants although hopefully not failed breeders.

At Østensjøvannet we had a great show from Great Crested Grebes with two adults swimming under the bridge we were standing on and being visible under water.

In total over the two days we had around 80 species. 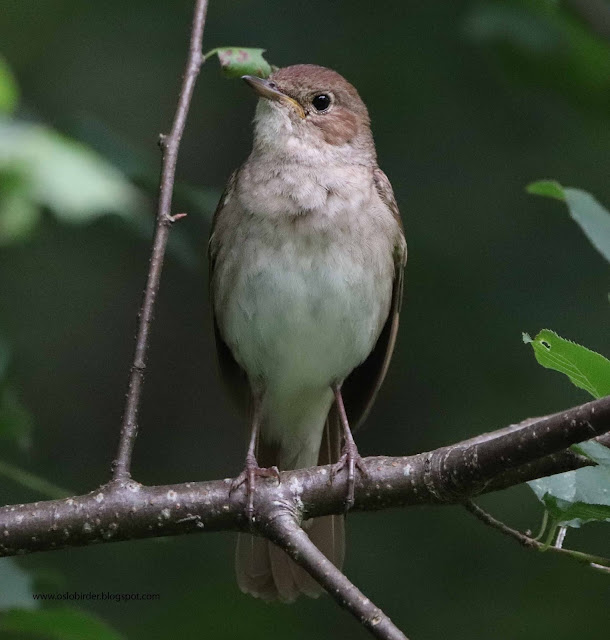 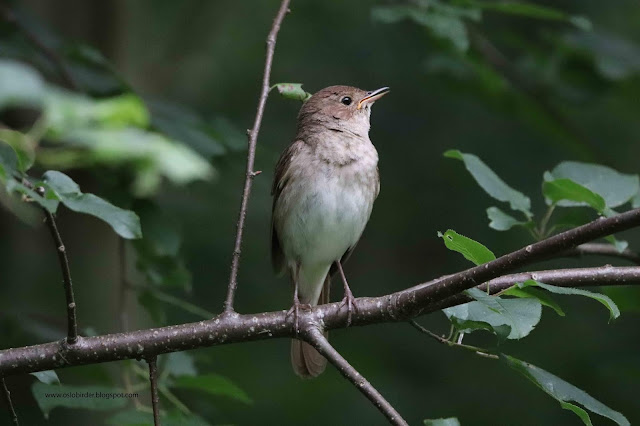 Thrush Nightingale video - most interesting for the calls 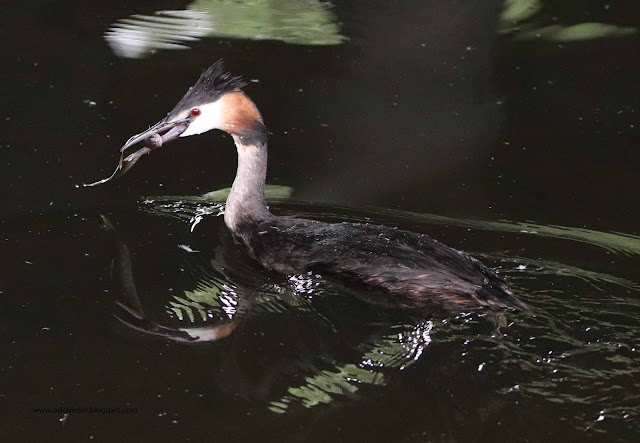 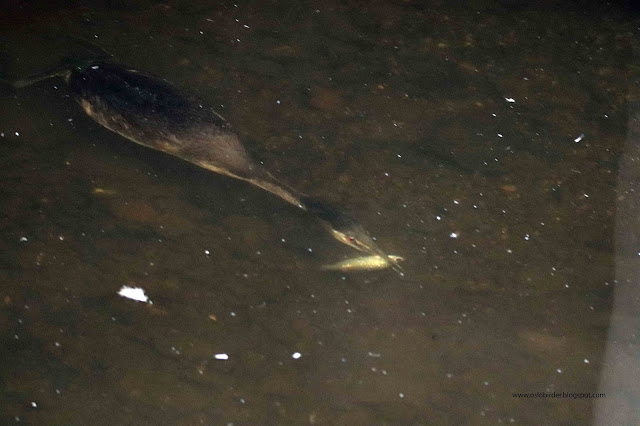 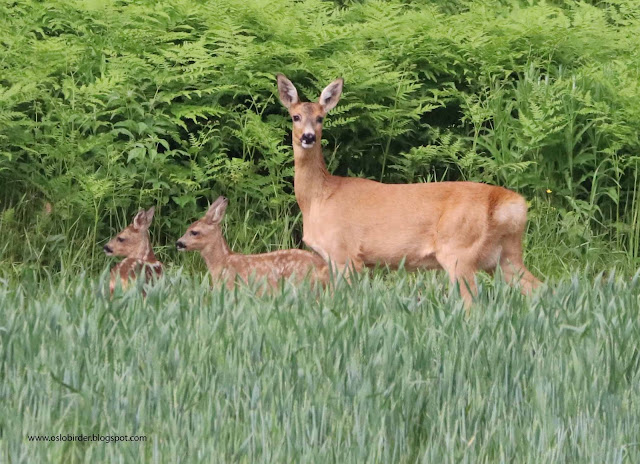 Summer is having a hard time establishing itself this year but this weekend was quite warm and sunny. Dragonflies were out in Maridalen and so was the Hobby which with luck is a (fairly) local breeding bird. Taking the photos of it that I would like to take is still a work in progress though 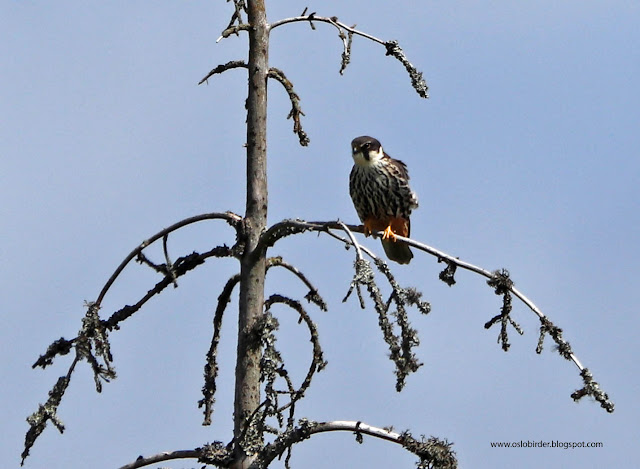 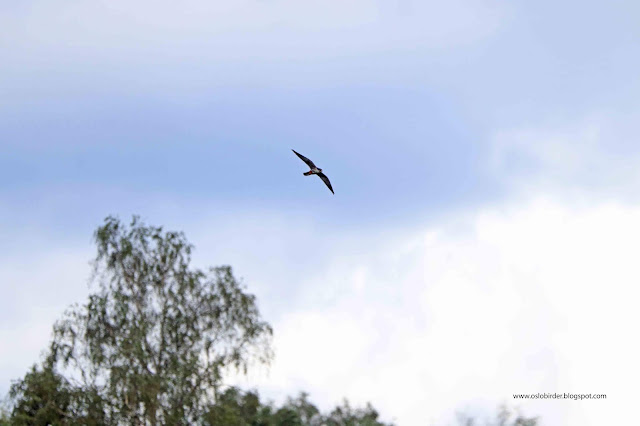 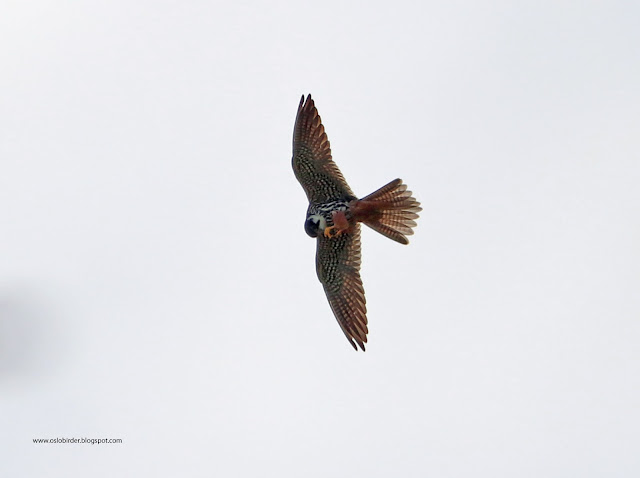 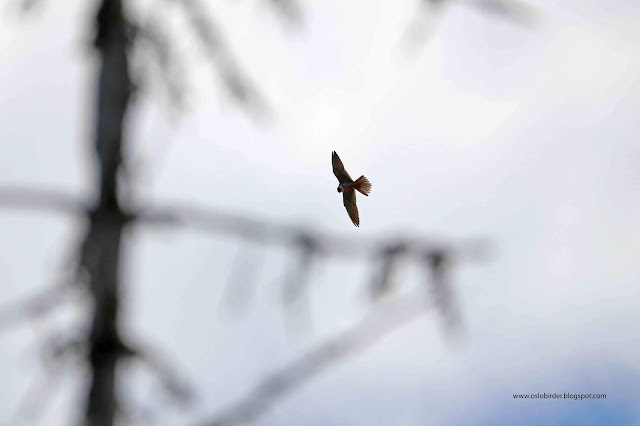 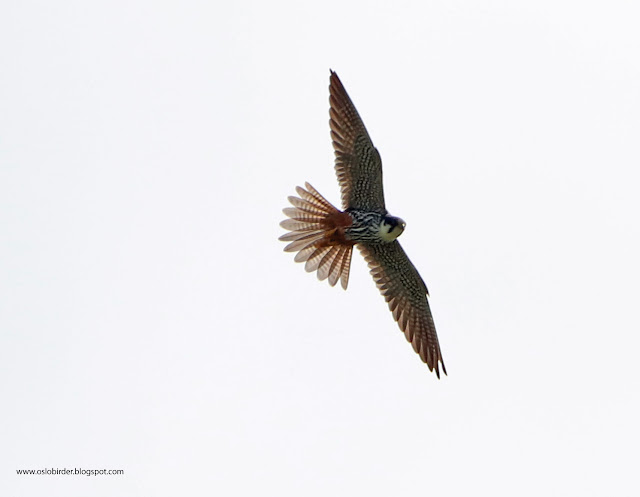 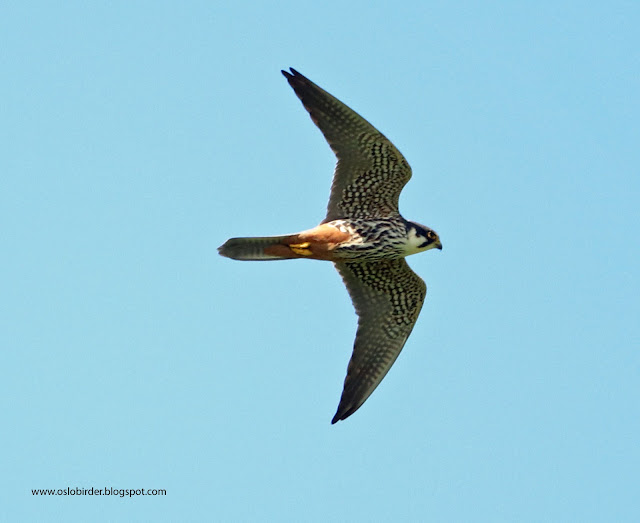 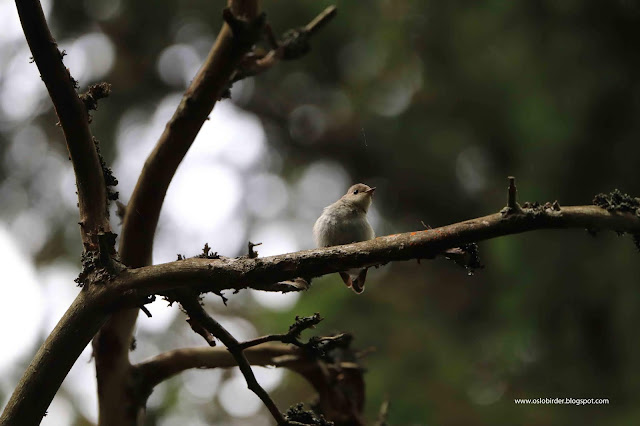 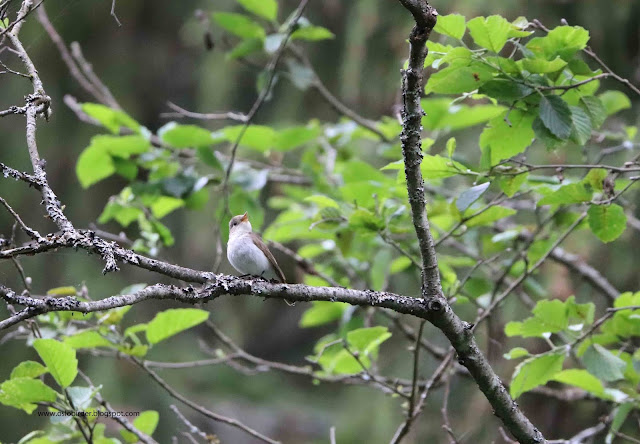 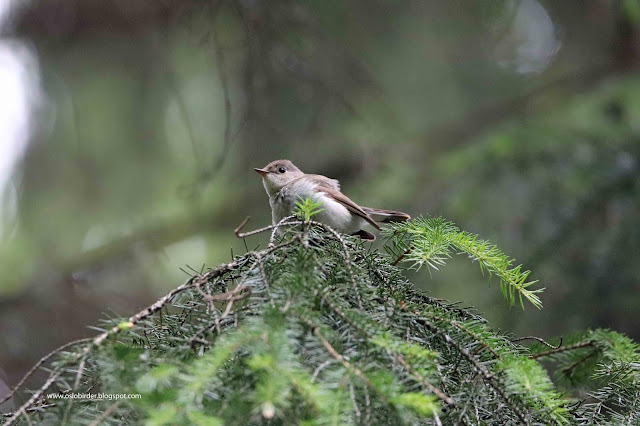 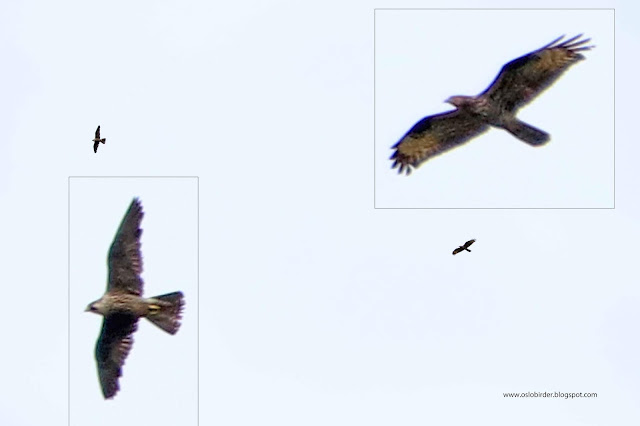 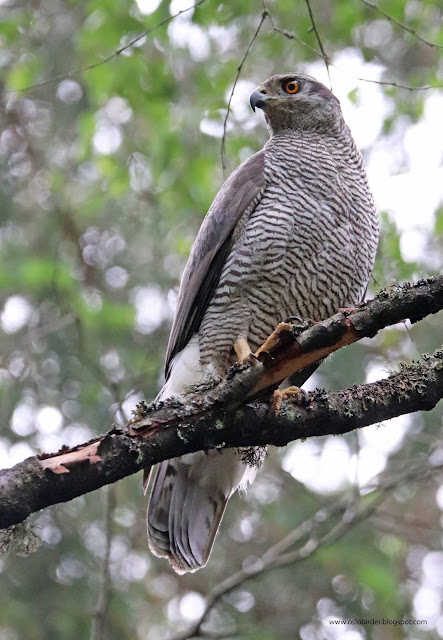 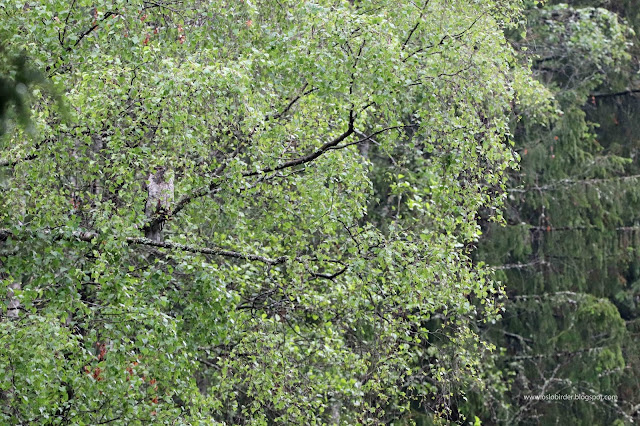 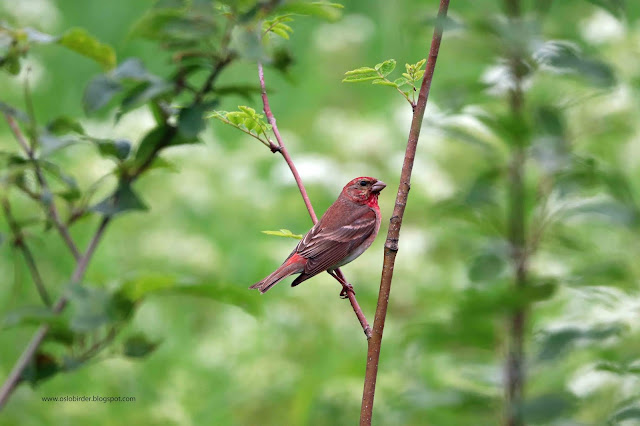 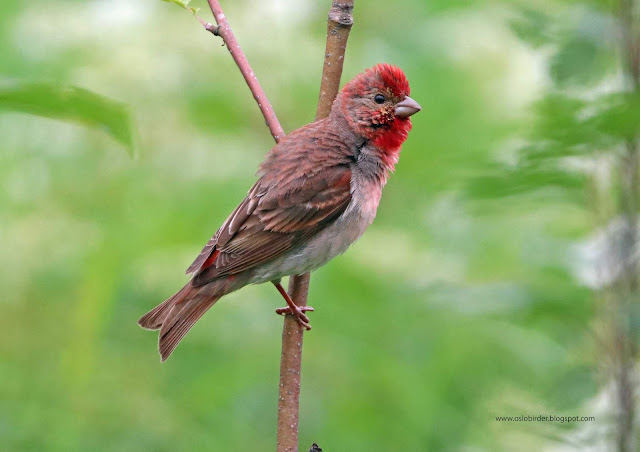 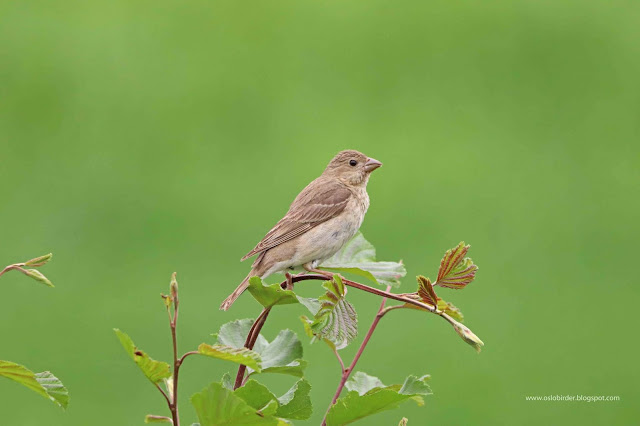 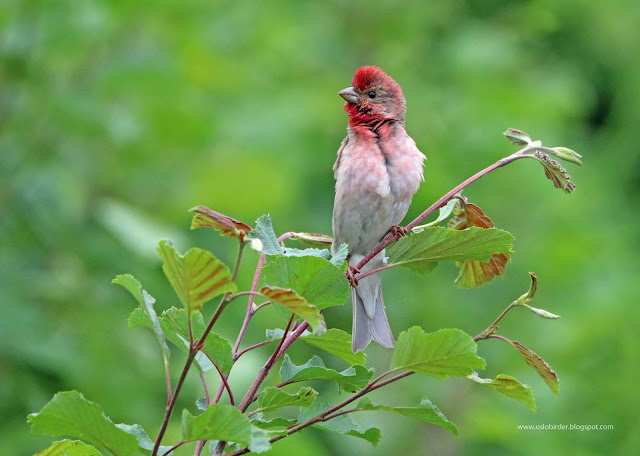