Pec Sand and wader bonanza in the rain

Even though we are back at home it is still summer holidays and we have been cooling off from the heat (30C) by swimming at Sognsvann lake which also gave me my first Brilliant Emerald dragonfly (glansmetallibelle). This is my 6th new dragonfly species this year which is just a result of paying more attention to them and also having the patience to wait for them to land and get a photo although I have also managed some flight record shots.

Today saw a complete change in the weather with temperatures falling to 12C, fresh winds from the east and rain forecast. Surely the type of weather to produce waders.  I encouraged the girls to have a lie in and headed out early doors to Årnestangen. It had not started to rain whilst I walked out and there was little to see. When I got to to end it was all a bit of a disappointment although a Peregrine may just have scared off some birds. There were +/- 10 each of Ruff, Ringed Plover, Golden Plover, Dunlin, Greenshank and Wood Sandpiper but no sign of any movement. The rain was forecast to come a bit later so I decided to hang on although it was starting to get cold! After a while Stig Johan arrived and casually asked me if I had seen the Great White Egret,
Curlew Sands and Knots that he had just seen on the way out. That really got me depressed!
Luckily the rain could be seen to be coming otherwise I think I would have left to look for these birds.

Before the rain came waders started appearing with their calls heard first and then they appeared out of the sky. It is fascinating how there is clearly a steady stream of migrating waders passing high and unseen over us that only get noticed when bad weather briefly pushes them down.

A flock of 8 Grey Plover accompanied by 2 Knot and 2 Dunlin appeared. I then heard an interesting trill call and eventually 2 Broad-billed Sandpipers appeared! Then another trill call and 4 (later 5) Temminck's Stints landed close to us. Then 14 Bar-tailed Godwits flew over and the Grey Plovers and Ruff joined them in flight.  A flock of Redshank appeared and there were more Wood Sands, Ruff, Greenshank and Ringed Plover than before.

The real excitement though was when a flock of Golden Plover suddenly flew over us. In their midst was a smaller wader that I couldn't place. It then left the plovers and joined some Ruff om the deck. Getting the scope on it I was momentarily speechless - it was a Pec Sand!! It never came close but showed well enough. It left the Ruff after a while and then joined Dunlins and Ringed Plovers and a Curlew Sand before later flying low over us calling. There were waders calling all the time and I couldn't always place the calls but did also pick out Spotted Redshank and Whimbrel to end up with a very respectable 21 species of wader (in addition to those mentioned already there were Common Sand, Green Sand, Curlew, Oystercatcher, Snipe). Pec Sand is a very rare species in the Oslo area and this is the first since 2009. My record (and I believe also an all time record) for wader species at Årnestangen is 23 on 29 July 2019 and this time of the year is undoubtedly the best for variety. Neither of these high counts though included Lapwing or Little Ringed Plover both of which breed locally!

The weather started to clear up and there were gradually fewer waders to see and I was shivering so I decided to head back to the car! I couldn't find the GW Egret where Stig had last seen it three hours previously but checking out Svellet gave me 2 of them!!! 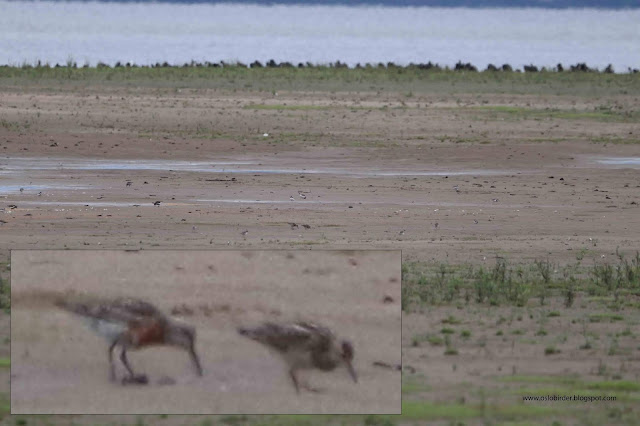 We are back in Oslo where temperatures are well over 30C and it is really quite uncomfortable. A good excuse then to sit inside with the fan on, the Tour De France on the TV and a cold beer in the hand. I did go out this morning to Maridalen where the focus was mostly butterflies and dragonflies but I did look up a few times aswell. The male Red-backed Shrike which I had assumed was breeding despite not seeing the female had at least two newly fledged youngsters confirming my suspicions and I also finally saw the female. The unpaired male was also still present and still singing! I also had a third male that looked like he was collecting food for young.

I still have lots to go through and blog about from the north but will just show some Red-backed Shrike images today.

The shrike family were very showy when I first saw them with two youngsters and the male perching openly and close to the road. They were clearly enjoying the sun and food was obviously easy to come by with the male coming with food three times whilst I watched: a bumble, a beetle and a lizard! He obviously wasnæt sure what to do with the lizard and eventually flew into a bush with it. He later came out and fed a strip of meat to one of the youngsters so I assume he had impailed it such that he could pull at the flesh. I should really have stayed longer with the family but I had little time available and wanted to check other areas. 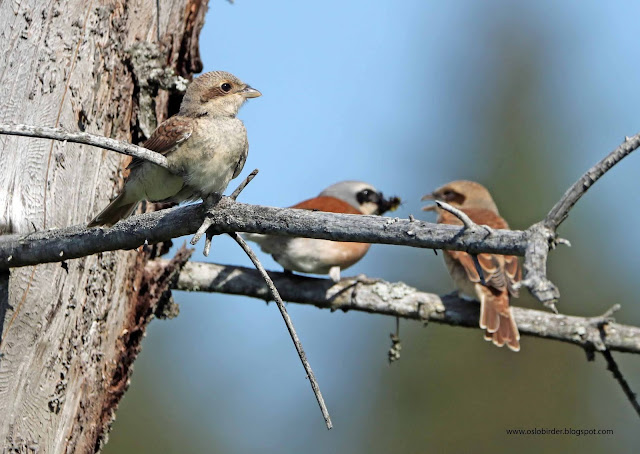 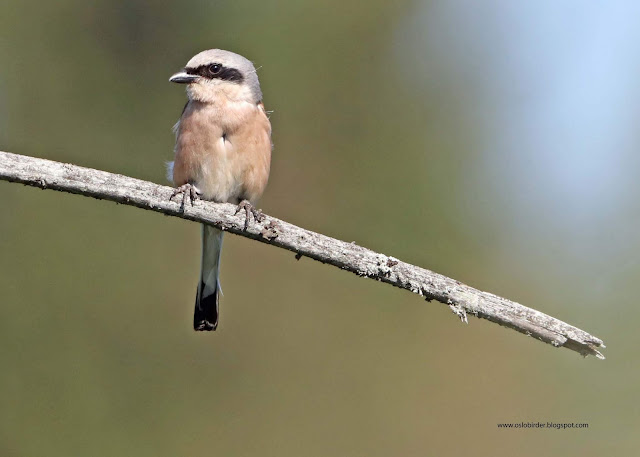 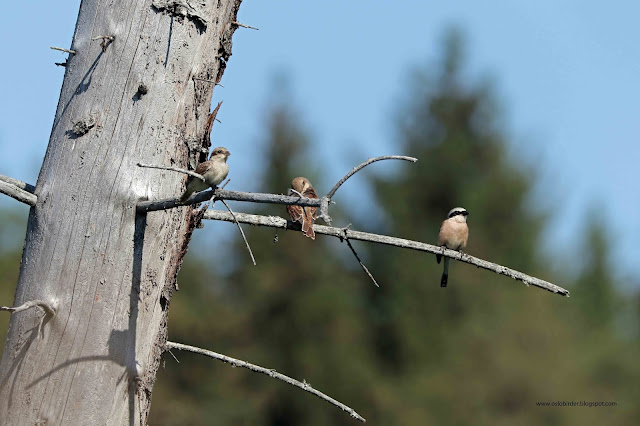 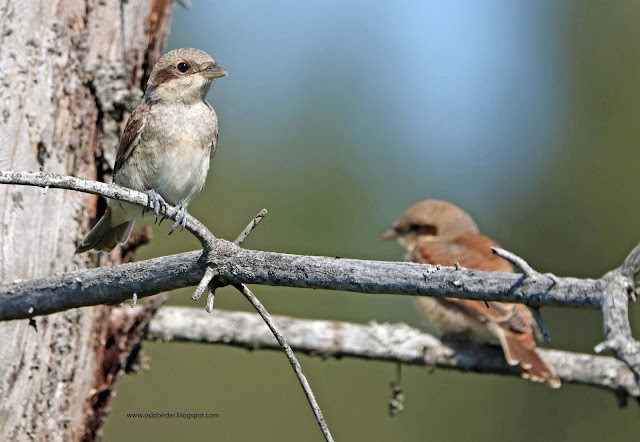 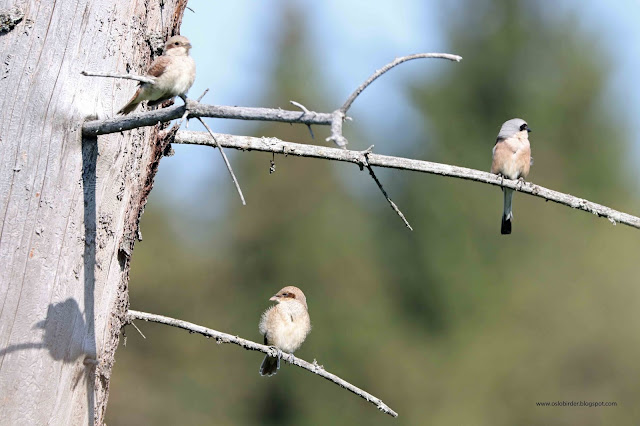 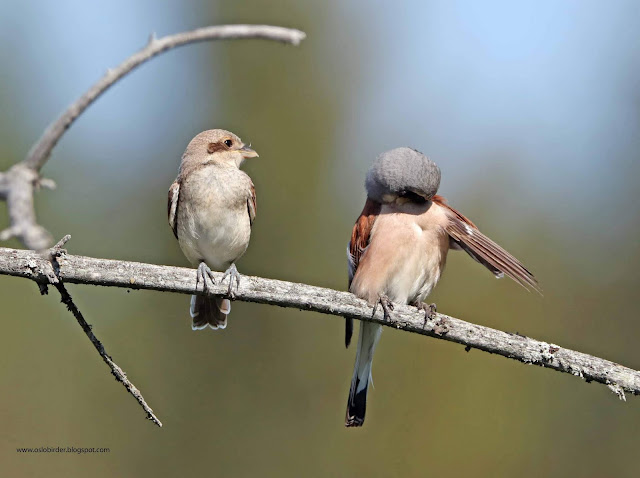 Butterflies in the north

The drive up from Oslo to Bodø with stops in Røros and Grong gave few birds other than the Red-necked Phalaropes and Slav Grebes that I have already shown. One reason for this though was that I “sacrificed” (for the sake of family harmony) two of my usual bird stops for a new butterfly stop in Junkerdalen. This valley on the northern edge of Saltfjellet is renowned for its flora and fauna but for unknown reasons I have never visited before. A bit of research though had shown the possibility for a number of rare northern butterfly species and with it being sunny with little wind I thought the omens were good. Unfortunately, there were few butterflies and the ones that allowed themselves to be identified were common as.

I have already had two early morning trips to the bird rich bays at Fauske but have yet to locate Knobby. There are good numbers of birds and it is interesting to see how species and locations vary from year to year – for example I have not had any Long-tailed Ducks this year and at Klungset the seaducks are much closer to land this year but at Røvika much further out. Best birds so far have been two summer plumaged Great Northern Divers (the first time I have seen them here), 9 summer plumaged Red-necked Grebes, Scaup and male King Eider but of course I am still hoping to find something much rarer amongst the over 1000 moulting seaduck (mostly males Velvet Scoter and Common Eider) in the area. Perhaps rarest bird I have found was a Yellow Wagtail that looks to be of the Blue-headed type (subspecies flava) but these things are never easy and this far north it may well be something from much further east.

Butterflies continue to interest me and I have seen my first Purple edged Copper (purpurgullvinge) and Mountain Argus (sankthansblåvinge). Also by looking at every single Blue in the area I have found Mazarine, Idas and Cranberry flying together. Orchids are very plentiful and very variable around the cabin but I still find them extremely challenging. I'l show the butterflies and maybe orchids in a separate post 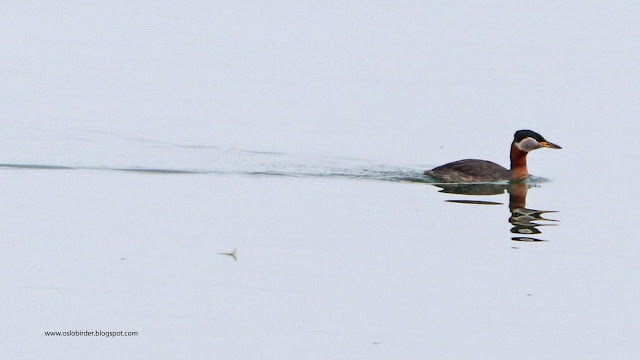 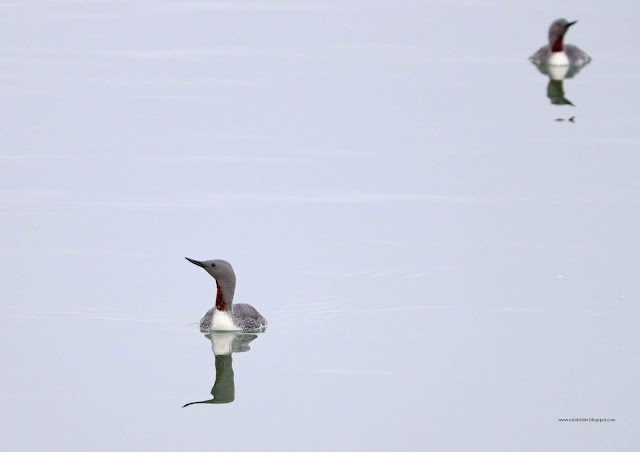 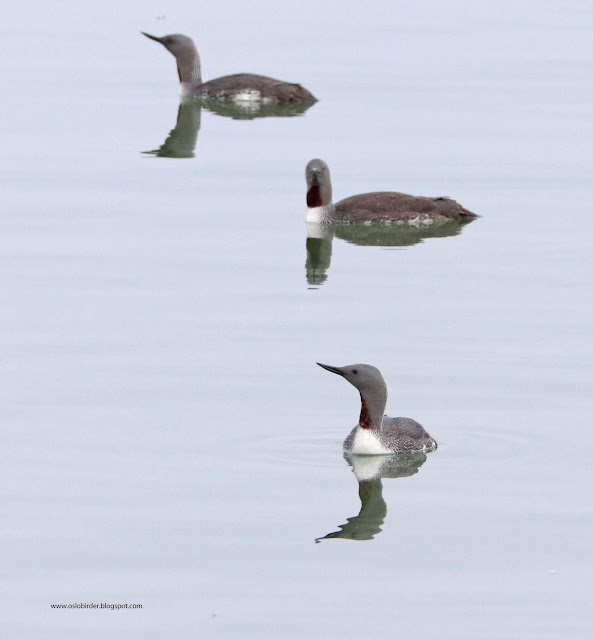 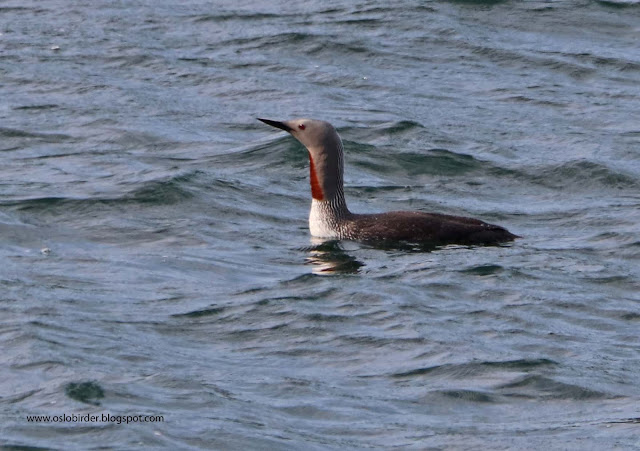 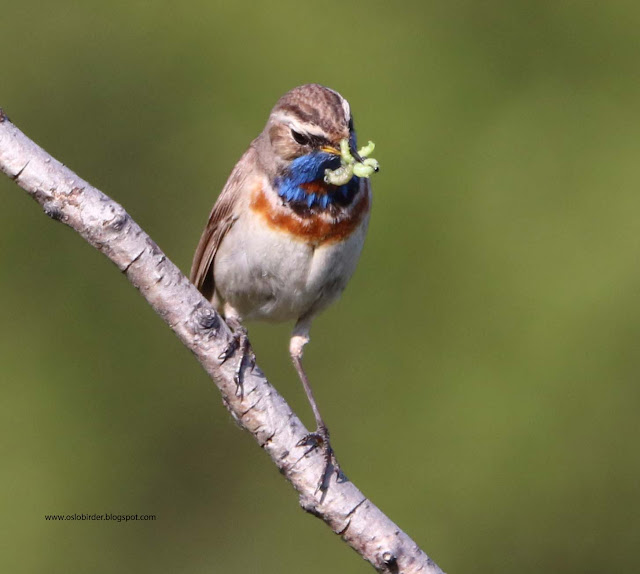 A couple of days near Røros gave disappointingly few birds but a close encounter with breeding Slavonian Grebes is not to be sniffed at. 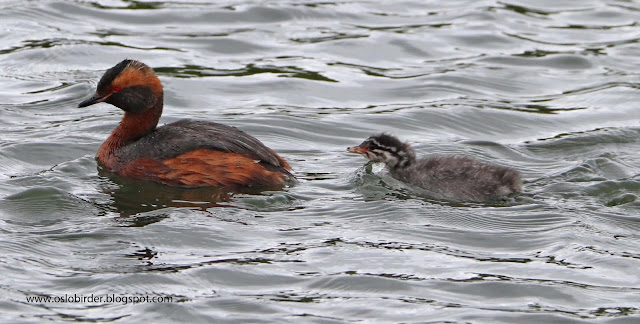