Best day of the spring so far?

Yesterday was one of those days that makes you forget how quiet it has been for the previous couple of weeks. There was no large arrival of birds but there was quality and it was all on the local patch – Maridalen 😊

The fields by the church ruins are always one of the best spots and can require quite a few checks to see everything and quite often birds arrive throughout the morning with a visit just after dawn often being too early.

My third check revealed two Shore Larks – only the third Maridalen record and all have been on the same field.

Add to this an adult White-tailed Eagle circling relatively low over the valley and my first House Martin accompanying some Swallows and you can understand why I was happy. Supporting cast included Red and Black-throated Divers on the lake, Osprey, Ring Ouzel, Pink-footed Geese and Goshawk. 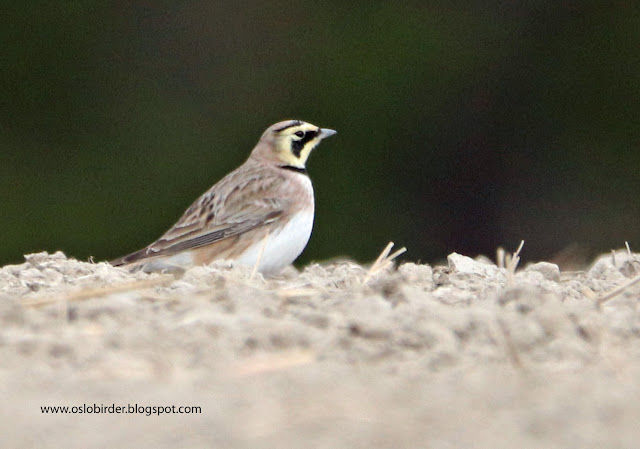 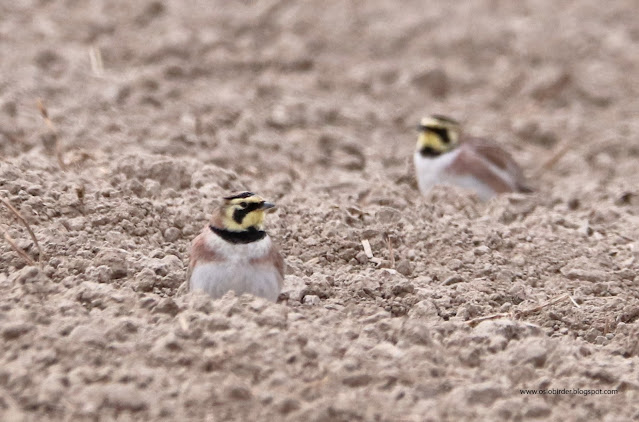 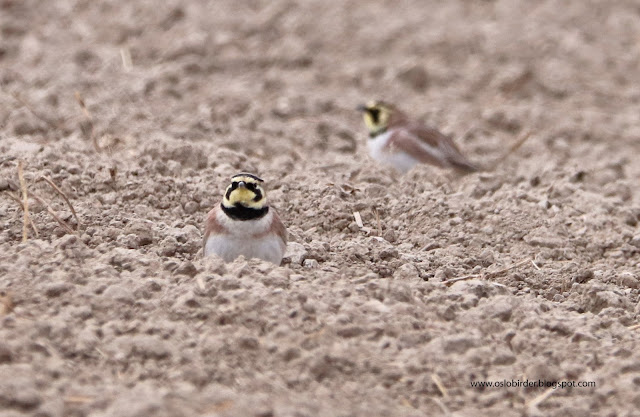 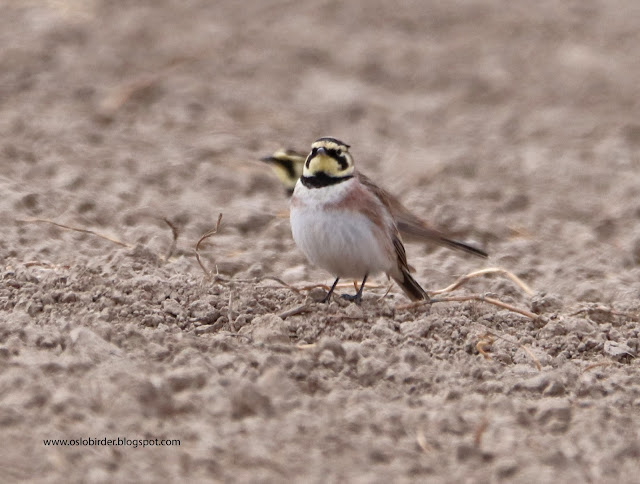 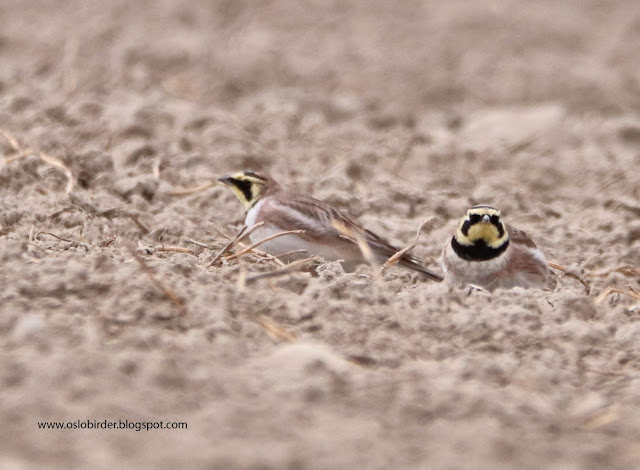 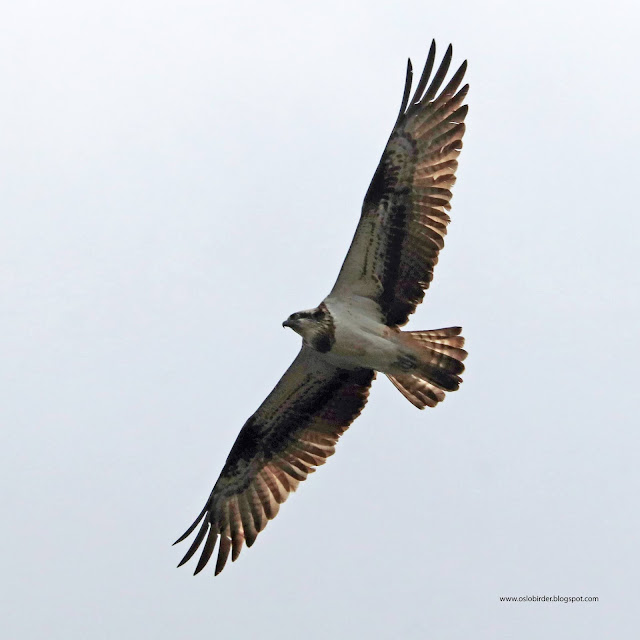 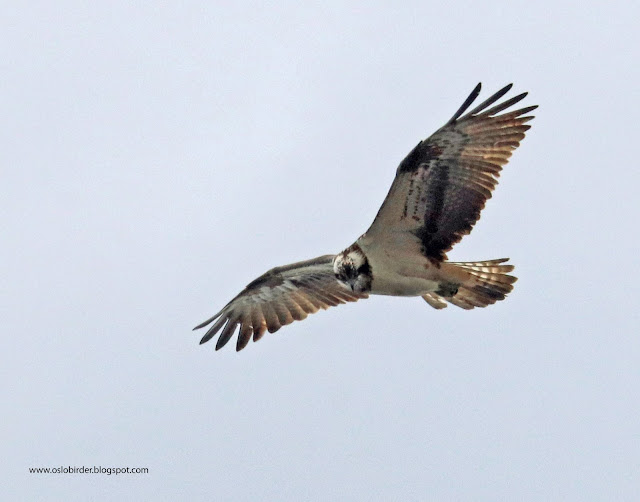 Finally a new migrant or two!

Yesterday, and for one day only, the northerly winds stopped and this was enough for some migrants to appear in Maridalen. I saw my first Wheatear and Swallow and heard my first Tree Pipit whilst my second Ring Ouzel showed very well. There really wasn’t too much else though on the fields and Meadow Pipit numbers are still very low.

There was lots of swan action on the lake with two pairs of both Mute and Whooper causing lots of aggravation. The male Mute from the breeding pair was able to assert himself over the new Mute pair but later got put in place by one of the Whooper pairs.

I had really hoped for a good raptor day but just had a couple of migrating Kestrels aswell as local Sparrowhawks, Goshawk and a couple of Ospreys. 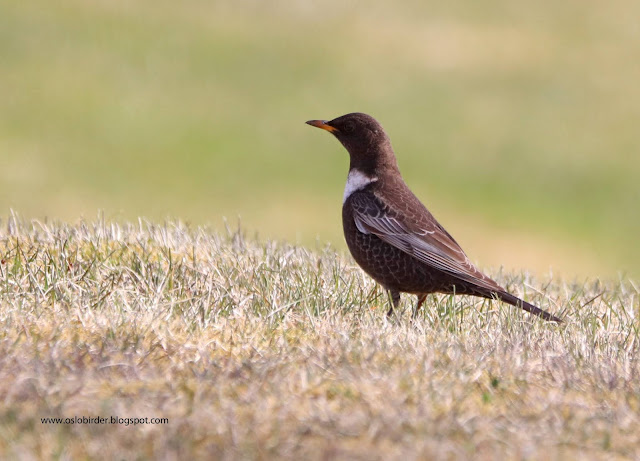 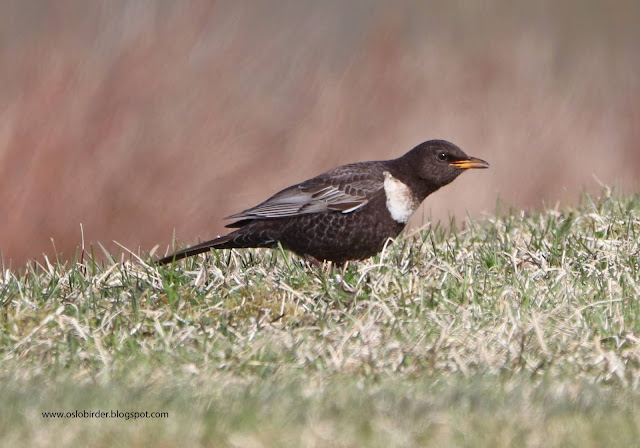 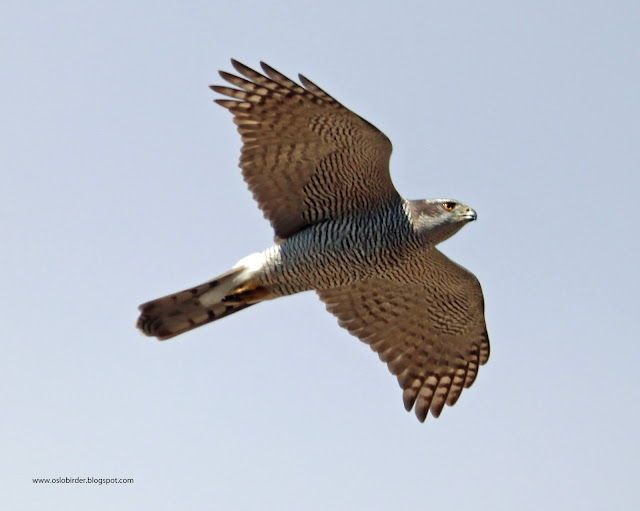 These northerly winds are terrible. I understand that it is the same in the UK and migration has also stopped up there so birds must be building up somewhere – are we going to get a huge rush when the pressure eventually has to be released? The weather forecast suggests that the winds will change to southerly from 1 May and there will even be rain three days later on Star Wars Day. Something to look forward to at least.

Things have been so dire in Maridalen that I have spent an unhealthy amount of time looking downwards but this has been rewarded with some nice snake encounters with two grass snakes and three adders sunning themselves early this morning. I think I was there too early for any mating but it will all kick off very soon (if it hasn’t already passed me by). I will save my pictures of these for a later occasion.

The dry fields seem to have had a negative effect on the Lapwings in the Dale. There were up to 9 birds earlier in the spring but now I am just noting 2 or 3 and do not know if they have started nesting. The Crane pair is also often in the valley now and I saw them mating yesterday. I take this as a sign that yet again they will not breed (as they should be on a marsh in the forest and not a stubble field) but it may still be early in the season for them. The only new species I have noted in the Dale over the last two days was the first Tufted Duck on the lake (does not breed but is frequent on spring passage) and a pair of Red-throated Divers are now on the lake and were displaying today (although I have previously had a fly over this year).

Whilst watching snakes at 10am today a message came through that an adult Mediterranean Gull was in Frognerkilen – it had been reported there yesterday but I had assumed it was moving through and had hoped it would turn up amongst the gulls in Maridalen who I regularly check with just that species in mind. I quickly bid farewell to the reptiles and made it through the city in under half an hour. There were loads of birds around Frognerkilen both on the water and the fields. The gull showed really well and is my first adult in Norway. It was a small bird so probably a female and had a pale tip to its bill which may be a sign of it being a younger adult? A cracking bird though and one which I expect will become a commoner and commoner sight in the coming years. The gulls would regularly fly up as though they had been spooked and my frequent scans of the skies to find a raptor eventually came up trumps with a male Marsh Harrier very high up that was heading north – another good Oslo bird. 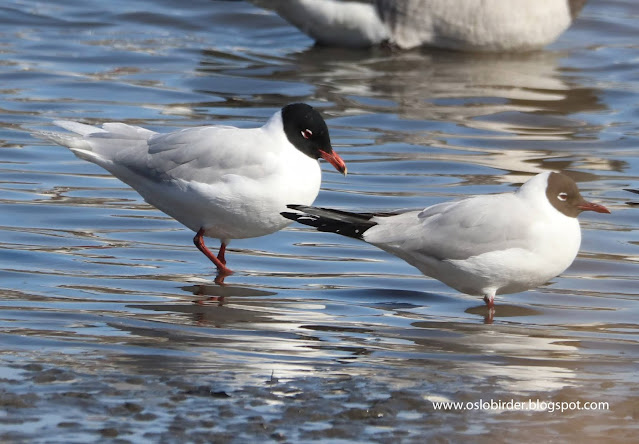 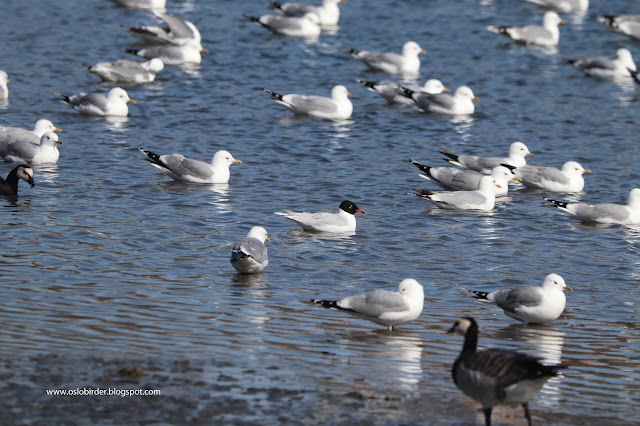 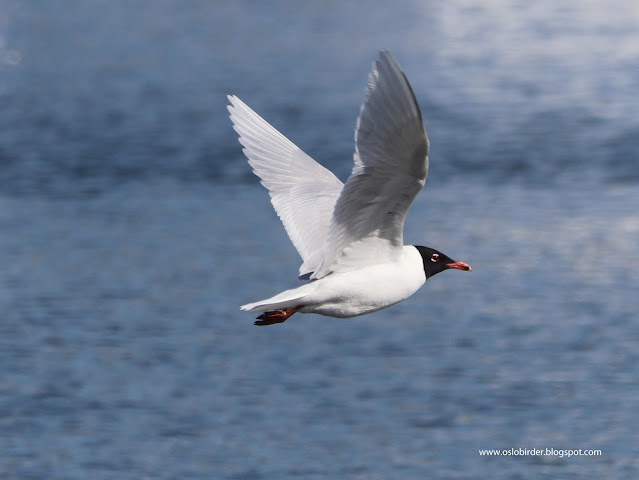 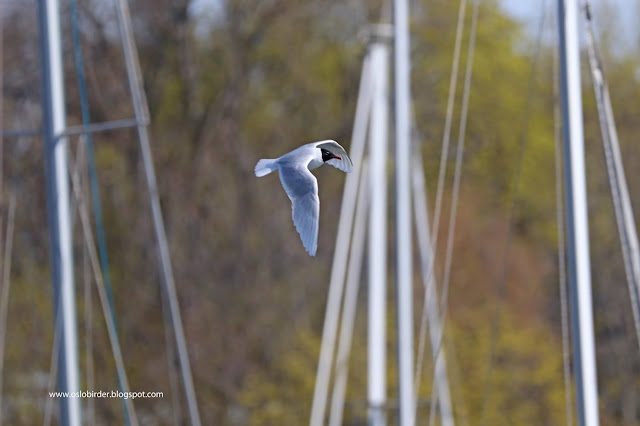 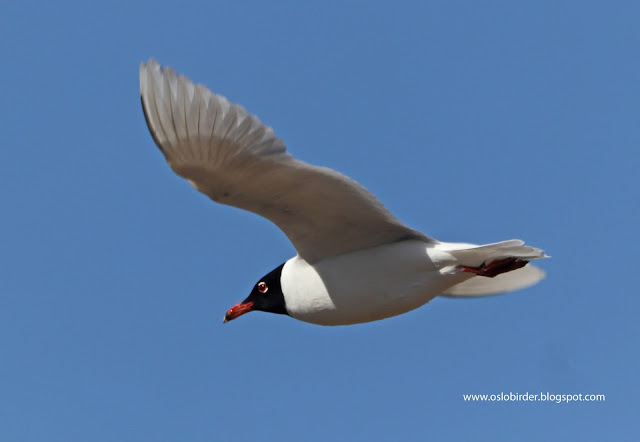 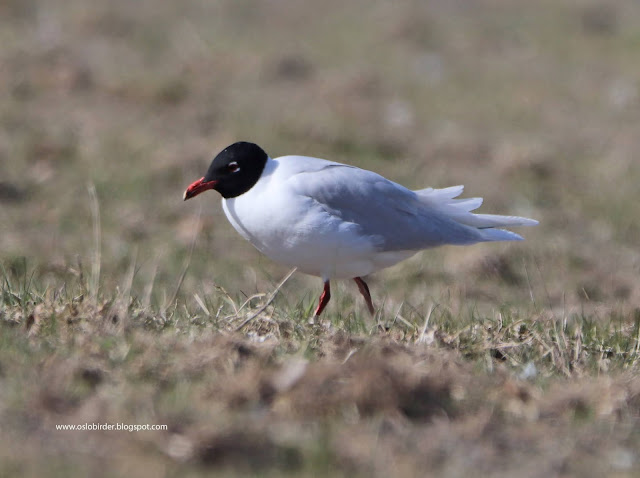 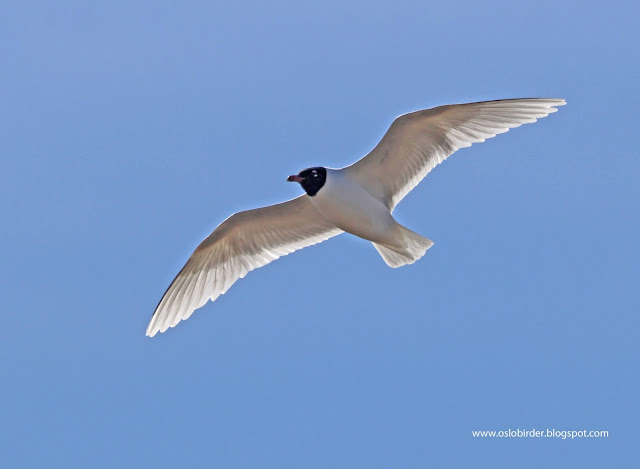 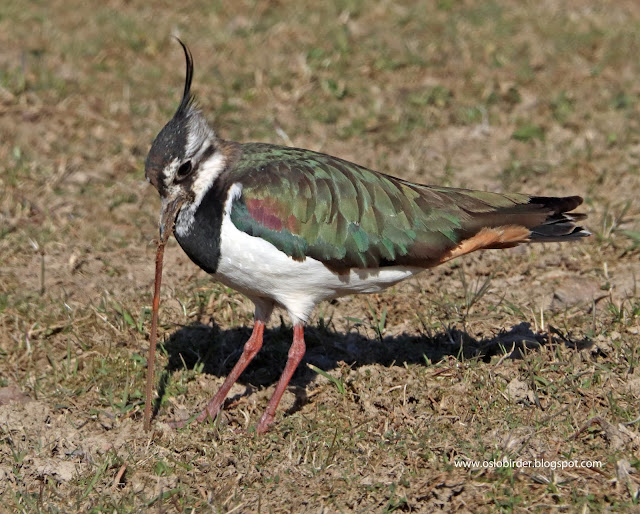 I spent an age going through all the videos I took on Thursday and was rather underwhelmed by the results but since I’ve used so much time on them I’ll inflict them on you anyway.  The video of an adder was taken at very close range just after I had discovered it. Prior to me filming it was hissing aggressively at me but of course stopped once I started filming although you can hear one hiss as I move (think I lost balance) which unfortunately means the video is then blurry.

The superzoom also often has big problems focusing as can be seen in the Lesser Spotted video but as it can be hand held is so much easier to use. The Green-winged Teal video is filmed with the bazooka using the tripod but it was so windy that there is shake. At long range I also need to use the digital zoom which means filming at only 25 frames per second which also impacts the quality (the superzoom can film at 60 fps).

Three day catch up - far more than it felt like

Even though the northerly winds continue and it feels like there is nothing to see (you really have to work up some enthusiasm to even go out) it is still the end of April and three days without blogging causes a real build up of experiences that need sharing (plus far too many photos and videos that have to be gone through).

On Thursday I visited Østensjøvannet and there is always lots of activity there in the spring. The Black-headed Gulls didn’t seem to have started nesting which may be a result of the weather and a lack of food at the moment. Various ducks were present including my first Shoveler of the year and the hybrid Wigeon x Mallard who was fighting a male Mallard for the attentions of a female Mallard and may well have been the winner.

Various trips to Maridalen have not revealed too much although the White-fronted Goose is going strong and the Black-throated Divers are on the lake. A Dipper on the lake far from a stream must have been a migrant and was an unexpected sighting. I also got good views of the Crane pair bugling but have no idea of whether and where they are thinking of attempting to breed. Males of Lesser Spotted and Great Spotted Woodpeckers drumming in a duet was a novel experience and it took me a while to realised what I was listening to.

Yesterday afternoon I had to drop Jr Jr off at a friends in Lillestrøm which gave me an excuse to visit Svellet again. I stopped off first at Merkja and bumped into another birder who kindly gesticulated and said “it’s there”. I had to ask what “it” was and found out the Green-winged Teal was there. There were three groups of the most ardent listers in the Oslo area watching the bird and had apparently been doing so for quite a while. The news though hadn’t been disseminated beyond the ranks of the Twitcher. This is an old chestnut of mine but I don’t get any less irritated every time it happens – why are there so many more takers rather than givers in the birding game? I know that twitching is inherently a takers game but if we all decided to be takers then there would be nothing to take….

This morning I had to pick up Jr Jr and my leaving the house coincided nicely with a message about 3 Shore Larks not far from where I had to go. Although a breeding bird in the Norwegian mountains they are rarely seen on passage (just two records ever in Maridalen for instance) and it is always a joy to get to see one. I was lucky that the finder, Èric, stayed until I arrived as they were in a very large ploughed field and blended in perfectly - I did get to see them well thankfully.

Not too far from Oslo a Cattle Egret was identified and then localised via Facebook and this has been the centre of gravity for birders of all hues over the last couple of days. I have not yet summoned the enthusiasm for the close to two hour round drive that is necessary but hope that this still major rarity turns up closer to Oslo. What is assumed to be the same bird has been seen at three places now after first appearing on the south coast and it is not inconceivable that its journey will take it to Maridalen although with a lack of cows in the Dale it will be dependent on following the plough to look for food.

I took quite a lot of video yesterday but that will have to wait until a later post. 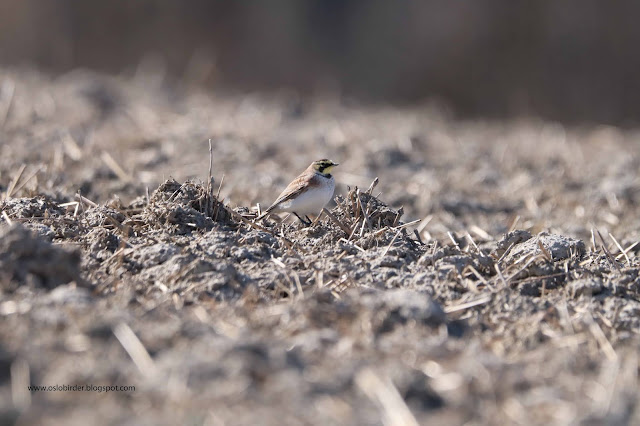 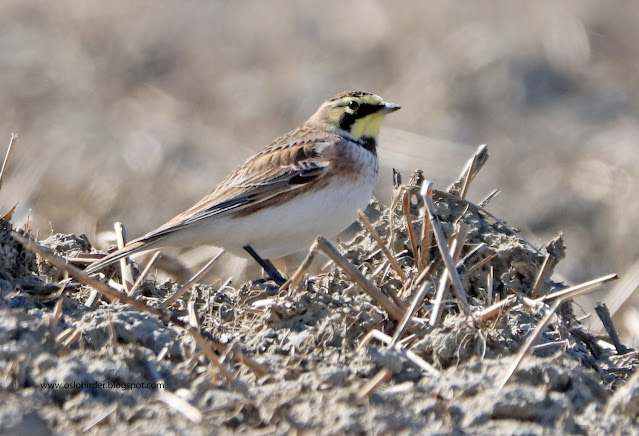 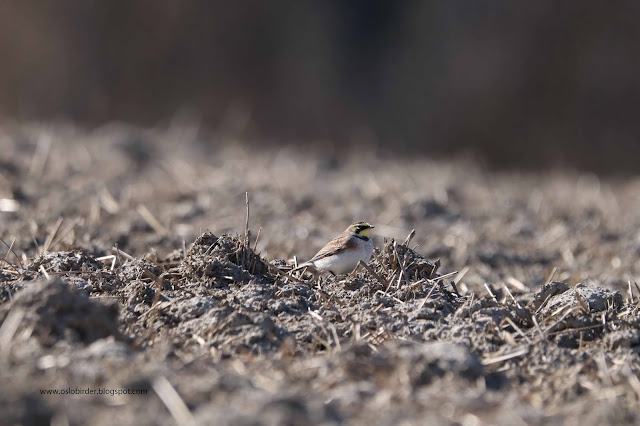 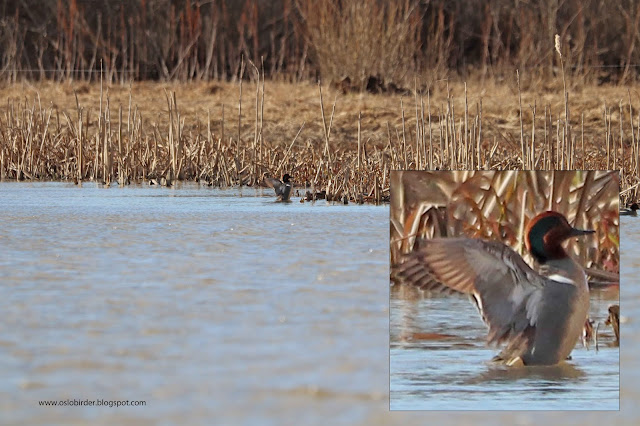 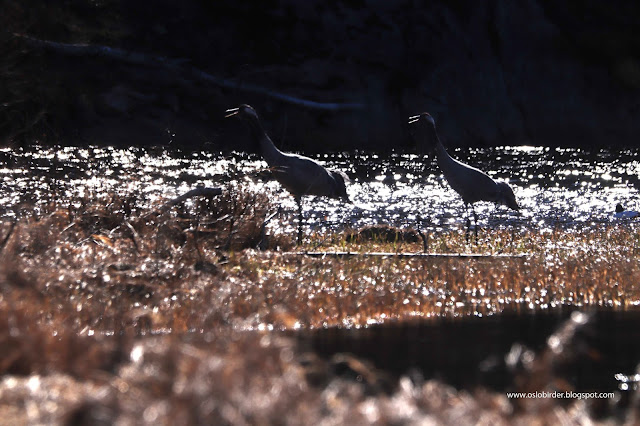 And some pictures from Østensjøvannet 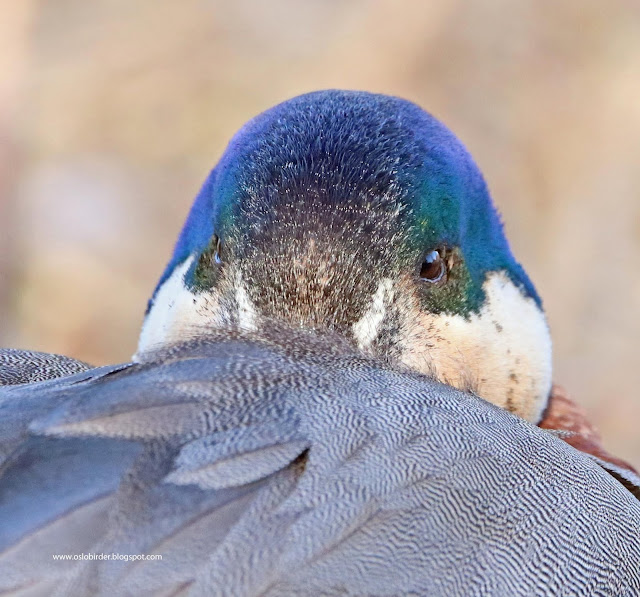 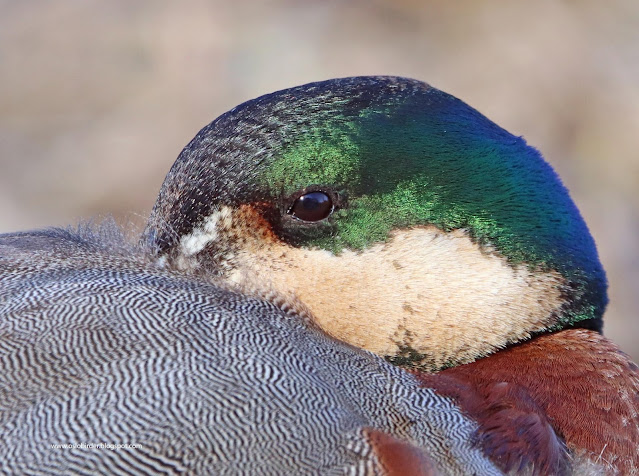 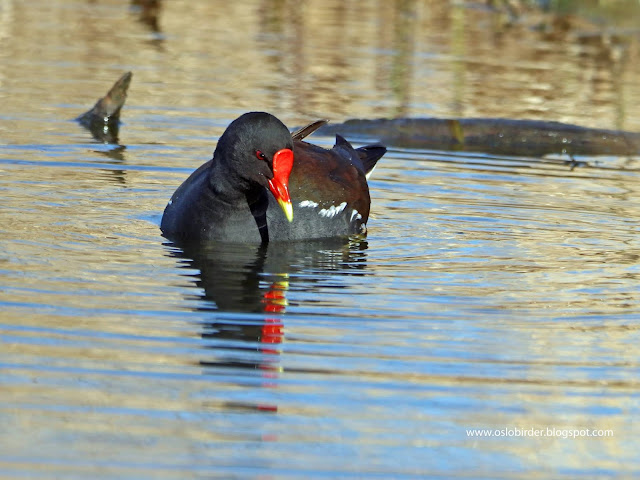 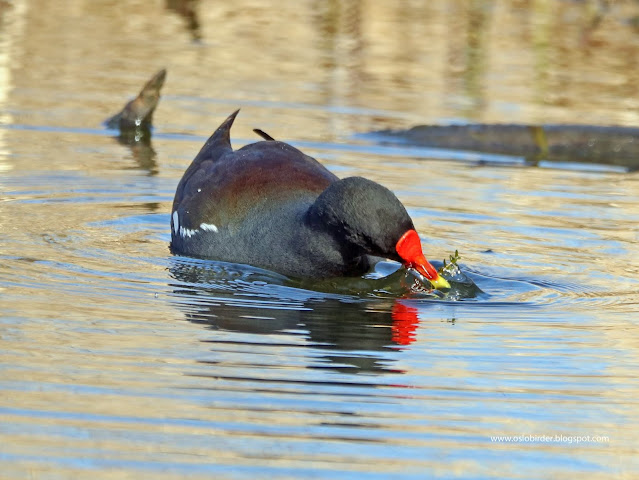