My Chiffchaff puzzle may have become a bit clearer today. With only a short period of time available for birding I headed to Bygdøy just before 2pm. I tried playing the songs of Common and Siberian Chiffchaff (gransanger) from the car hoping this would attract the birds and give me good views. It didn't!

Switching to plan B I got out of the car. A few Blue Tits (blåmeis) and Wrens (gjerdesmett) made their presence known so I concentrated on them knowing that the Chiffchaffs have often been with these birds. And sure enough there was a Chiffchaff there, and it was brown. This bird was a classic tristis with tobacco brown ear coverts, brown mantle and just some olive edging to the wing feathers. It was quite close but amongst the grass and gave good but brief views through the bins but no chance of pictures. It moved off into the reeds and then a tristis call came from where it was but without me seeing who gave it. This might help explain my experiences of the last two days if the tristis has been present all the time and calling but I just haven't seen it. I recorded this call and the sonogram is a bit clearer than previous ones and just shows a flat line which is a good match for tristis. I see though that I still have work to do: I need to record the call of a bird (ideally all of them that have been present) I see calling and capture it all on video auch that the bird and its call can be linked.


Two Sparrowhawks flew in and took prey (one being most likely a Blue Tit) whilst I was there so the Chiffchaffs have more than just the weather to contend with.
Lagt inn av rixy kl. 20:08 No comments: 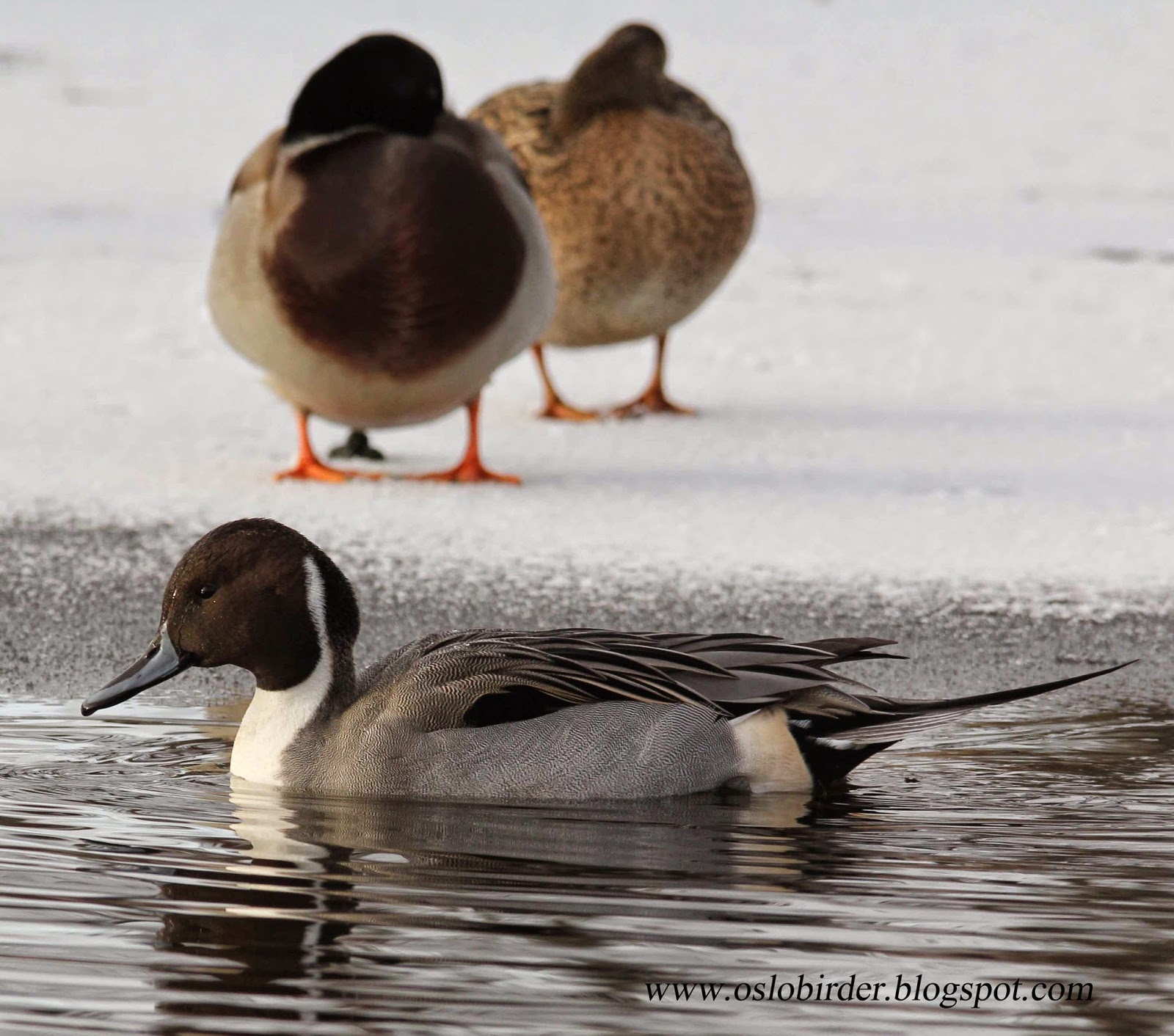 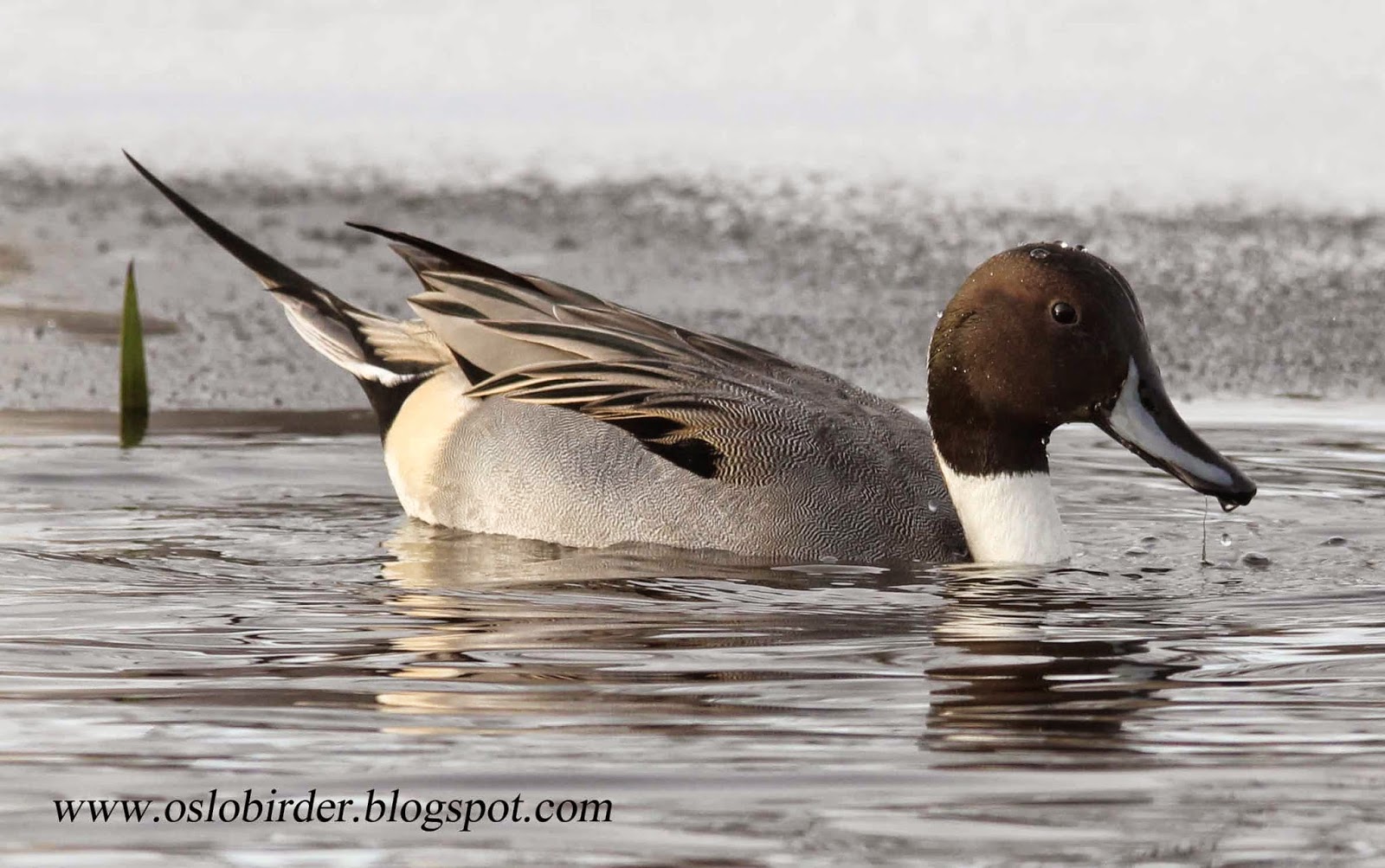 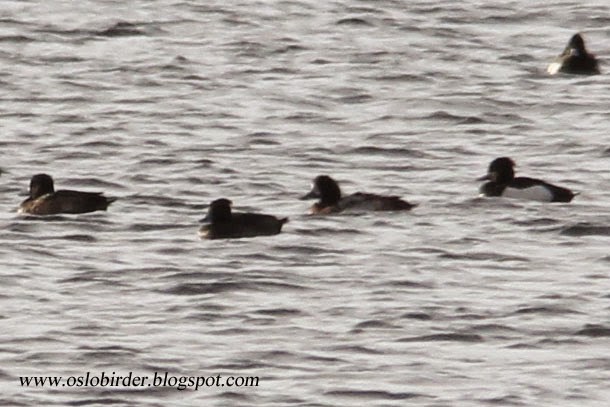 
Another day of sun and fantastic weather with no wind and a heavy frost. I thought a walk in the forest would pay off with sounds travelling but after 2 and a half hours I realised that sounds may travel but only if there is anything making a sound. The forest was dead quiet. I checked four Hazel Grouse (jerpe) sites using sound and got no response although I did scare up one bird.
I also played Pygmy Owl (spurveugle)calls. In areas where there are Pygmy Owls then the passerines respond to the call and come to investigate and mob the owl. Therefore if you get a passerine response then you know that there are owls in the area. Well the passerines confirmed what I already knew but no owls responded or showed themselves. The passerines in question were a few tits and Goldcrests (fuglekonge) but I had no finches and the only woodpecker in the whole walk was a single Black. Definitely not a successful trip.

Maridalsvannet was without a ripple except for those made by a calling party of three Whooper Swans (sangsvane) which looked very majestic.

Heading to Fornebu I discovered that the sheltered waters were already frozen and this gave me a belief that there would be good numbers of ducks on the main fjord. Think again! I did have a few Velvet (sjøorre) and Common Scoter (svartand) but best birds were 2 Little Auks (alkekonge) and 4 Guillemots (lomvi). No divers.

I visited Hengsenga again hoping to refind the Chiffchaffs (gransanger) and record their calls. It was very frosty there but the Chiffhcaffs were still present. I had three birds (possibly four) and all were green seemingly western birds today although I only saw two well as they were feeding low in the grass. They were also quite quiet although I did hear a few “sweeo” calls indicating an eastern (abietinus?) origin. Interestingly one had a call that was (very) similar to tristis. I didn’t see the bird making the sound particularly well as it stayed in the grass nearly continually but it definitely wasn’t the grey/brown bird from yesterday and looked to have  green tones in its plumage on the back/mantle and also on the breast. There were a couple of Chiffchaffs where the calling bird was and I took a picture of the bird that I think was calling but cannot be 100% sure it is the same bird. Never-the-less the bird that was giving the tristis like call was far from what I would expect a classic tristis to look like.
I was able to record the call by taking a video. You will need to turn the sound up a lot to hear it.

I’ve made my first attempt at making a sonogram using the Raven Lite software from The Cornell Lab of Ornithology. As the recording was so poor (and I have extracted the sound rather inneficiently by using the record function on my phone) the sonogram is not, I think, good enough to tell us anything conclusive. What it does show is a pretty straightline at a frequency of around 4250Hz. 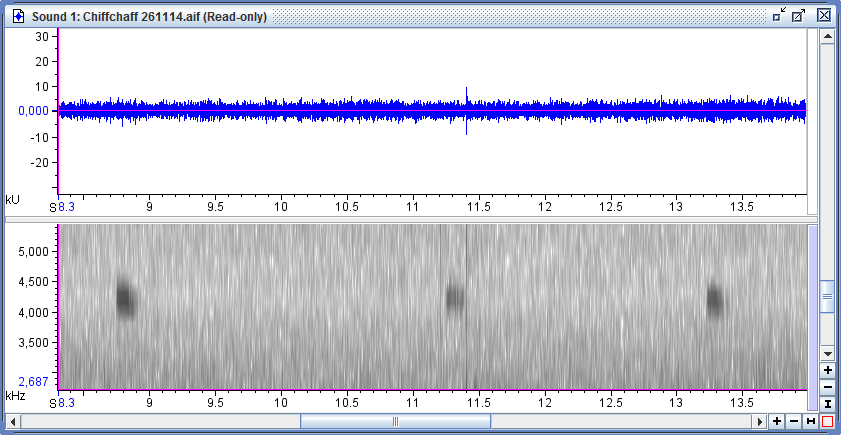 What does this mean? Well I’m not really sure and think a better recording is needed. To my ears the sound was not quite as “sad” as a normal tristis but then again my ears are not famed for hearing subtle differences. I try to work more with these birds and my sound recording abilities. It will be very interesting to see how long they survive here. There are a few Wrens aswell in the grass and reeds so presumably there is a good supply of insects but prolonged minus temperatures will surely spell the end of them either by killing them or forcing them to move south.


For the first time in living memory the sun shone in Oslo today and people were literally throwing their clothes off.

A trip out to Huk, Bygdøy to try, again, to find the White-billed Diver (gulnebblom) failed, again, in that respect. The refugees were still present though this time feeding in a fenced off garden by the nudist beach. Walking across a nudist beach with binoculars and camera feels a bit on the uncomfortable side but at the end of November in Oslo there shouldn’t be too many naturists to worry about, should there? Well the weather had brought them out today but we managed to avoid any confrontation. The refugees looked very comfortable in the garden and I feared that I was going to see someone appear and start throwing corn to his pets but luckily that didn’t occur......

Walking around Bygdøy was a relatively birdless experience until I arrived at the small marsh and reedbed at Hengsenga. I had a vain hope of finding Bearded Tit (skjeggmeis) or a Jack Snipe (kvartbekkasin) but that hope was indeed in vain. As I was leaving though a Chiffchaff (gransanger) called probably my latest ever in Norway. It was a fairly typical call and when I found the bird it looked fairly “normal” with green hues. I played the call of Chiffchaff at some distance which didn’t seem to invoke any interest and then moved closer and played the song which caused the bird to come very close in the dead grass (although remain silent). I then played the call of Siberian Chiffchaff which the bird wasn’t interested in and then the call of the eastern abietinus race of Chiffchaff which again brought the bird in close. So the bird may well be abietinus but then again what is actually abietinus? The literature doesn’t seem clear to me and with recent research possibly even questioning the validity of the form. The recording of the call of abietinus that I have is to my ears pretty similar to our normal Chiffchaffs so I don’t really know how one goes about IDing abietinus in the field anyway.

Whilst working on this bird a couple of Wrens (gjerdesmett) started making a noise and as I looked at them I saw another Chiffchaff. This was a much browner, colder coloured bird with really contrasting jet black legs and bill. It didn’t call and also did not respond in any way to any of the calls I played. It was much more difficult to take photos of this bird but it did eventually call a few times and the call was the classic chicken call of a Siberian Chiffcaff tristis which confirmed what I had assumed from the birds plumage. Would have been nicer with something with wingbars though...

Israel IV - an infusion of colour

With the terribly gloomy weather continuing (although tomorrow is forecast to be a rare exception) and temperatures hovering just over zero it is probably a good time to inject a touch of colour into our birding lives. Here, in the fourth installment of the irregular Israel series, are some of the more exotic species that ended up on hard drive. 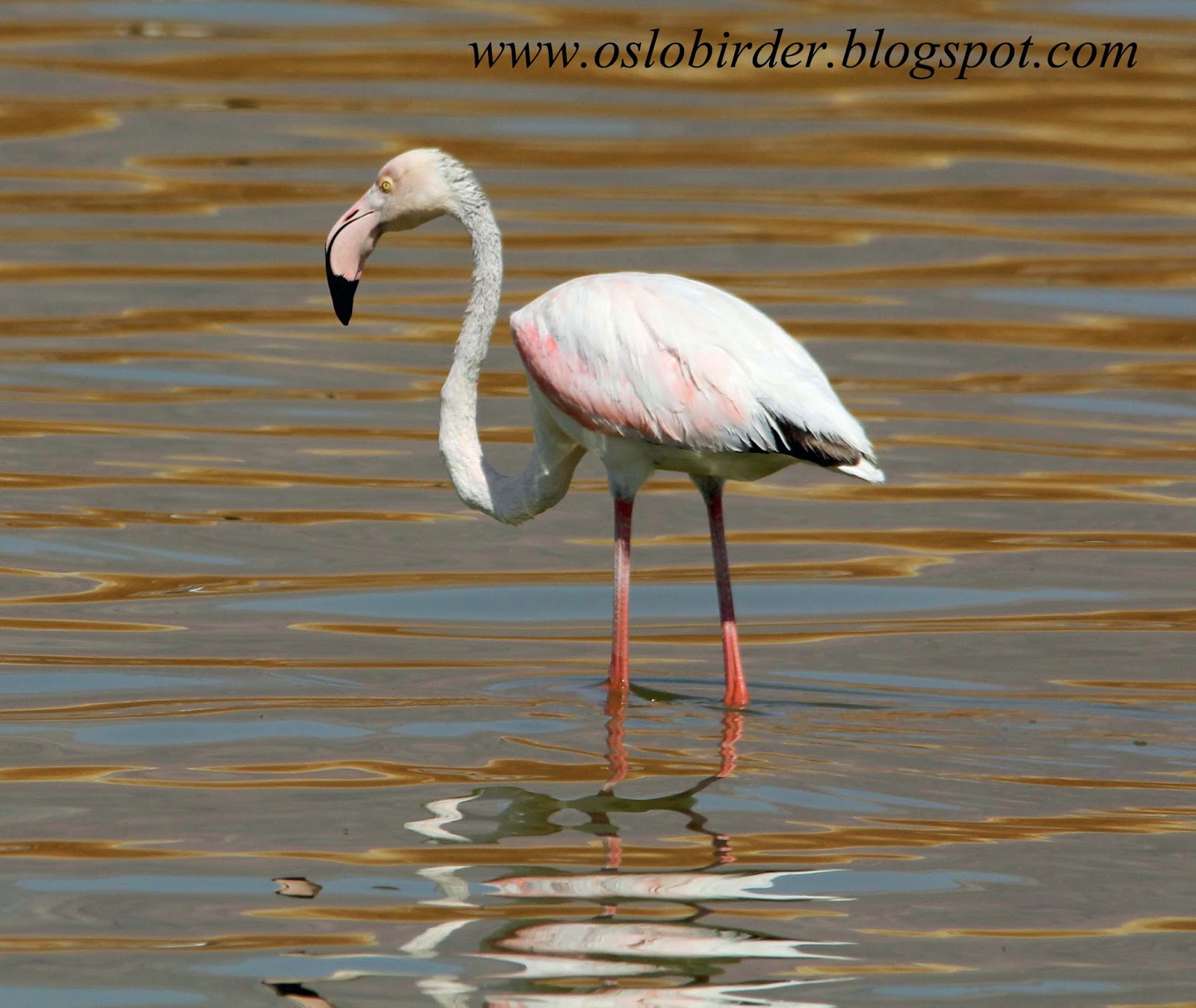