Yesterday I managed a visit to local patch, Maridalen for the first time in what feels like months.

The lake had good numbers of geese which looked like they had been disturbed from the nearby stubble fields. There were 340 Greylag and 20 Pink Feet along with 2 adult and 2 juv Whooper Swans which were presumeably the family that bred there this year. This is by far the largest flock of Greylags I have ever seen here. Little else to see, just singles of Goosander and Goldeneye.

A Blackcap in the garden was a latish migrant.
Lagt inn av rixy kl. 22:24 No comments: 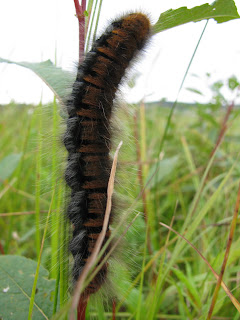 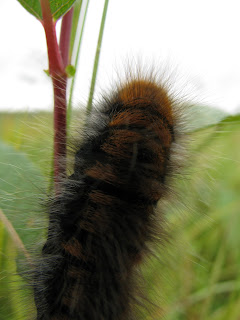 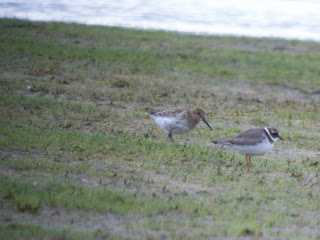 Finally I managed some birding with a couple of hours at Årnestangen on friday and was rewarded with a norwegian tick in the form of a Red Throated Pipit. No great veiws unfortunately just a flushed bird calling but the call is distinctive enough.
Unfortunately the water levels have risen very quickly lately so there was only a tiny amount of mud left which held just a single Dunlin and 2 Ringed Plover (a couple of days earlier there had over 100 waders of many species).
A late Cuckoo was the closest I came to a raptor and my first Great Grey Shrike of the autumn was nice. There were many hundred wildfowl and swans but as is often the case they were very distant and difficult to identify to species. 400+ Cormorants were feeding close in though in a fast moving flock that was obviously chasing a shoal of fish.
A very large caterpillar feeding on vegetation in a field was I presume a Swallowtail Butterly.
Lagt inn av rixy kl. 21:24 No comments:

A new job is all good and well but it really puts a damper on my birding. Garden birding is the best I can do at the moment.

Today 5 Blackcaps were feeding on berries in the garden, Fieldfares feeding on fallen apples and a Nutcracker has been a regular guest this week feeding on hazlenuts. It bites off the end of the branch that holds the nuts and then flies with it to a perch where it extracts the nuts. These 2 pictures show the Nutcracker through the kitchen windown and also the results of its activities. 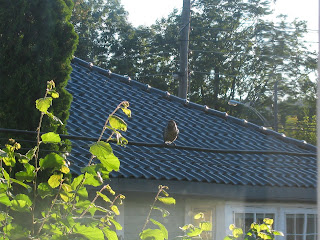 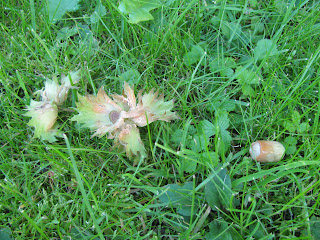