Only birds - I promise

Over the last couple of days I have mostly looked up and have not taken a single picture of a butterfly or dragonfly!

A plan to get good views of sky dancing Honey Buzzards didn’t turn out as hoped but I did see one male bird flying quite distantly which may well have been the same bird (based on plumage) I saw sky dancing over a week ago.

Otherwise in Maridalen there were two singing Common Rosefinches today and one of them, a nice red male, showed well but this species is definitely scarcer than last year. I also had a pair of Red-backed Shrikes that looked like they were breeding and one of the Wrynecks showed briefly.

The real highlight of the last couple of days has been seeing Hazel Grouse on the nest. It is “my” female but I wasn’t the one to discover the nest. I am not the only person to have discovered this pair and younger and keener eyes than mine initially found the nest (and kindly told me about it). She sits completely still whilst you watch her and has chosen an open nest site close to a path. I did not stay too long with her and she barely moved a millimeter in that time. The male has now completed his job and is feeding over 200 m away from the nest and will probably have no more to do with either the female or young until the autumn when he thinks about attracting a mate again. 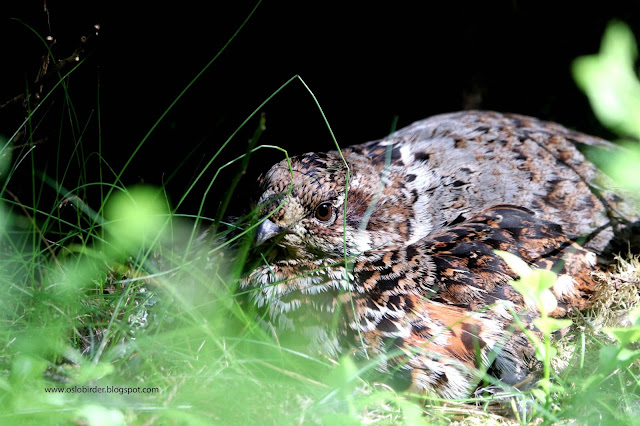 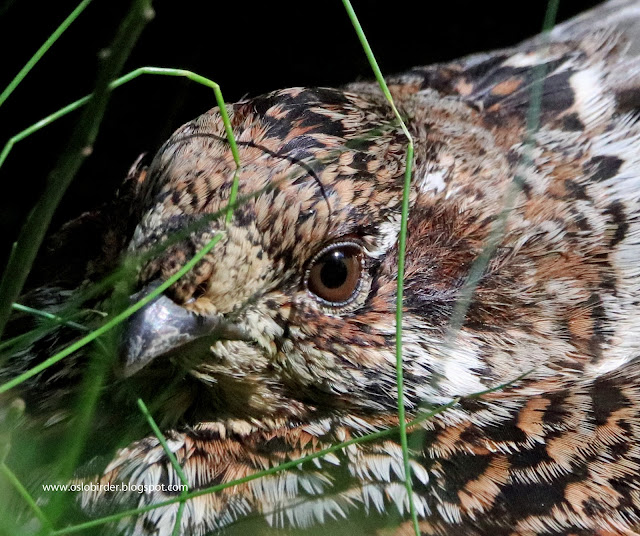 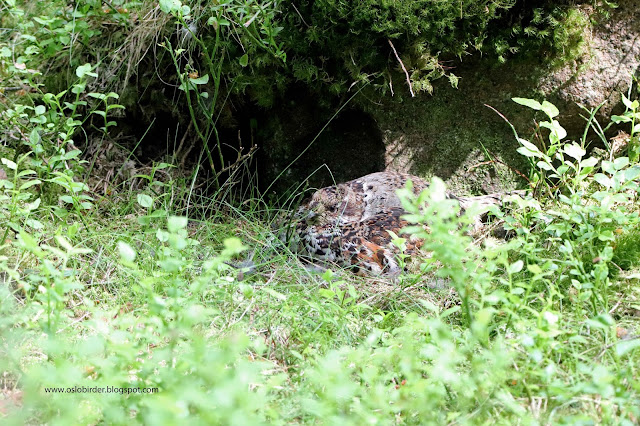 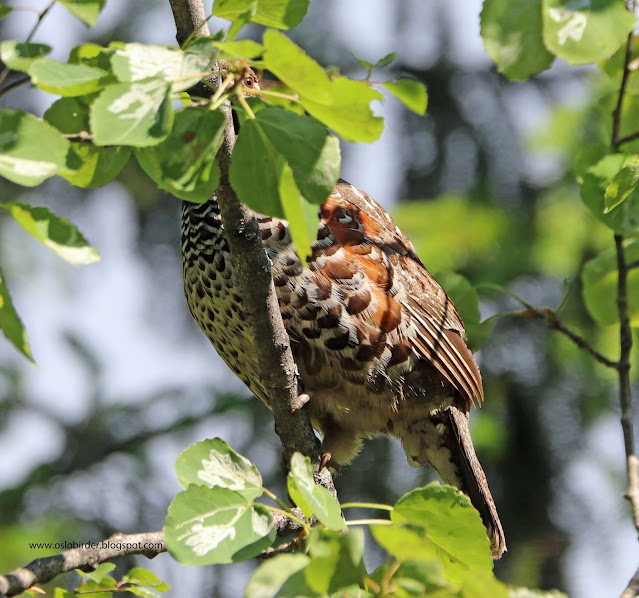 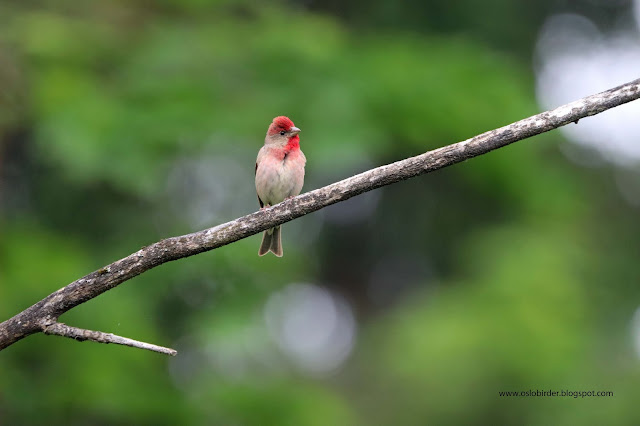 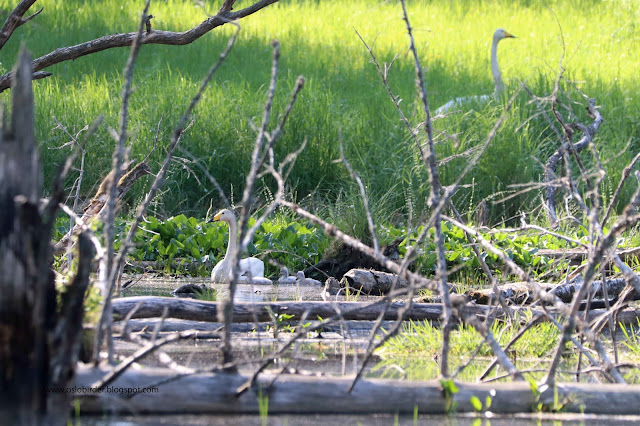 A trip to find Nightjars a few nights ago with Per Christian revealed none of the sort after birds (despite conditions being perfect) but a barking Roe Deer was new for us and a really large Fox Moth (bringebærspinner) was interesting.