After having been told of the of the Hazel Grouse nest on Wednesday I have checked it both subsequent days in the hope that I would see the young. I had read in BWP that the female “leads brood away from nest within 24 hours of hatching” so I thought that would mean I had a chance of seeing them on the nest if I visited every 24 hours…

When I arrived on Friday morning I immediately saw there was a youngster sitting nestled into the breast feathers of mum. It was fabulous to see!! I saw a single egg shell nearby and hoped that I would witness other young hatching. The female however was motionless in my presence so I thought it best to retreat out of her line of sight. Over the course of the next two hours I checked on her 4 or 5 times and each time she was sitting in exactly the same position. On the second and third checks I did not see the youngster who must have gone underneath her but it was visible on my next check along with the beak of another youngster sticking out behind the wing.

I left the birds at 11am and then the original finder of the nest, Tobias Gjerde, visited 6 and a half hours later. Tobias is a very talented and award winning photographer https://www.tobiasgjerde.com/awards and on instagram

but what impresses me most is his skills as a birder and bird finder. I really hope that he keeps the birder in him alive 😊.  By the time Tobias got there the birds had left the nest and he sent me a photo showing 9 egg shells. Finding the birds took a lot longer and it was a rather distressing event that led him to them. Tobias heard a strange noise and then found a loose dog chasing the Hazel Grouse mother. She, thankfully, avoided the dog and the dog moved off. It is currently mandatory to have dogs on the lead in the whole of Norway but many owners do not obey the law and this incident shows just why the law exists. Tobias never saw the owner but if he had then I am sure he would just have received an earful of abuse if I he had told the owner of his responsibilities.

The mother did eventually lead Tobias to her young and she started brooding them although Tobias only saw 7 with certainty and it is therefore possible the dog had taken a couple of them.

I will visit the area again but I expect the chances of stumbling across this family are now minimal. 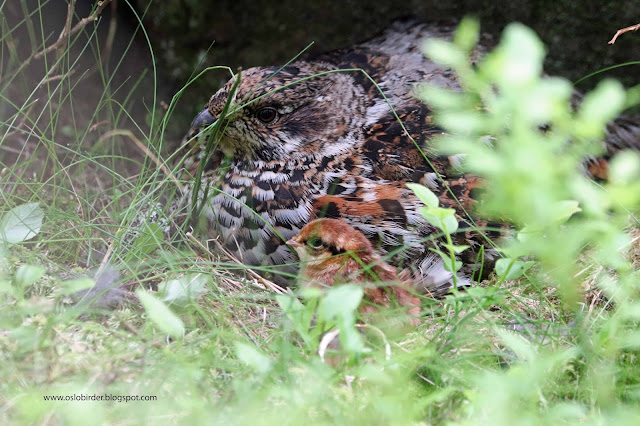 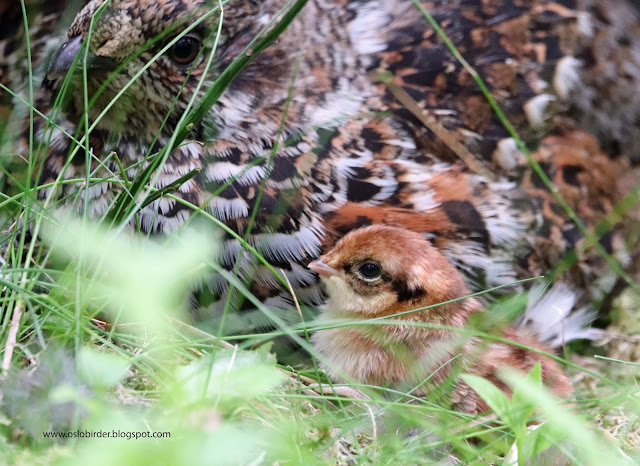 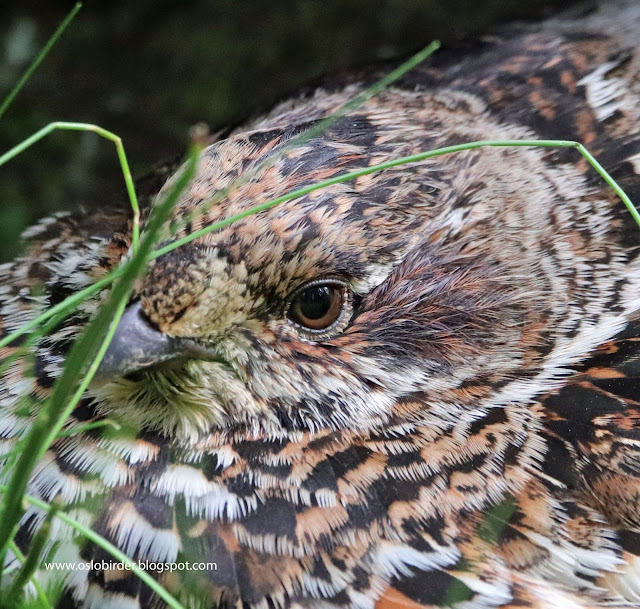