I finished my last post by proudly saying that I had finally worked out what was happening with the Lapwings in Maridalen. Well, that was not the case! After thinking that there were 3 broods, and being happy with that, I promptly discovered a fourth brood with very small young which was being guarded over by 3 adults. Why 3 adults would be guarding them is difficult to say but one possibility is that the other pair which had small young which had dwindled from 3 to just 1 the previous day had lost their final youngster that night and in desperation/confusion were helping to protect other young. On Thursday when I saw the new brood I noted no other Lapwings on the field. On Friday though I saw in total 7 adults and 7 young (3 small and 1 + 3 large). The brood of 3 large young were also practising flying so things look good for them. It is amazing how easily the birds, both adults and young, can disappear in the thin strip of long grass in the field. At the beginning of April I had seen 9 adults and therefore hoped that 4 pairs would breed but I have never noted more than 6 adults since then until I saw 7 on Friday but there must have been at least 8 all the time. When the farmer gives them a chance to nest successfully then the species is clearly well adapted to hide from predators and protect their young although many will of course be lost. On Thursday all three adults chased off a single Common Gull and I thought how if the gulls were able to work as a team that this would easily allow another gull to nip in and take a youngster although this thankfully did not happen whilst I watched.

I have got to grips with the Red-backed Shrike situation and males are present at 4 sites and behaviour suggests all have females on nests. The Wrynecks (seemingly only one pair breeding in Maridalen) are taking food into the nest so clearly have young which is good news.

Butterflies and dragons and damsels have also delivered in the warm weather at the end of the week. Generally, there are few butterflies so far probably as a result of the cold May but there has been good variety and, as I have already written, I have already noted 3 new, for me, species in Oslo. I added a fourth on Thursday with a Moorland Clouded Yellow which does appear to be genuinely rare in Oslo.

Dragonflies also seem to be a lot later than in previous years and I have not yet seen any of the large species or noted damselflies in large numbers. But, as I have discovered before and frequently forget, if you use some time then there is lots to be found. Damselflies have always been a struggle for me due to their small size and I have previously assumed that all the blue ones in an area are the same species and have used little time to photograph and identify just a couple of individuals. I used to do the same with blue butterflies but have learnt how now how foolish that is. On Friday I was out with the Beast and despite the difficulties of photographing damselflies at close range with an impatient dog I had a bit of a revelation. At my favourite odonata site I have previously noted just 3 species of damsel but whilst standing there I became aware that there was a lot more variety buzzing around my feet. There were clearly at least 5 species there! It was mostly males flying around looking for females and they hardly ever stopped when the sun was out and when the sun went behind a cloud they would just disappear but I managed enough photos of different individuals to help me unravel things, or at least partially.

The ones that interested me most were the ones with blue eyes. I suspected that most would be Common Blue Damselfy (innsjøvannymfe) which is very common by the lake in Maridalen but I have not previously noted at this site only 1km away. Well, none of them were innsjøvannymfe but I had both Variable Damselfly (fagervannymfe) and Azure Damselfly (sørblåvannymfe) which are new for me in Maridalen and Oslo and also the first records of both species in the Dale ever! There must be other species out there waiting for me to find them although if I am going to really unravel damselflies I need to go out dogless and maybe take a net. 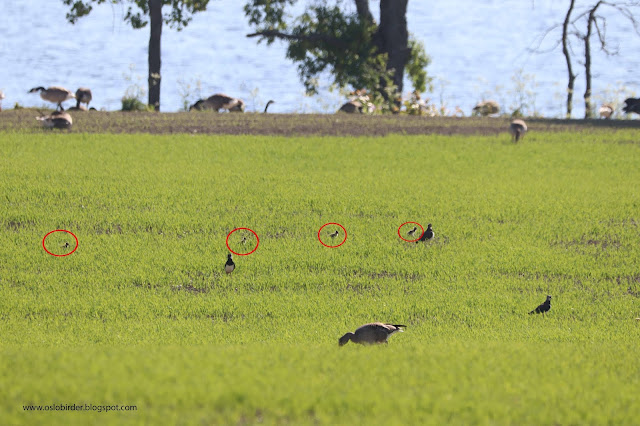 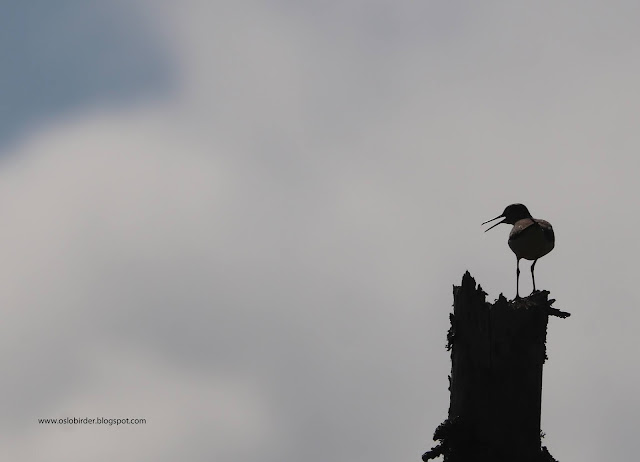 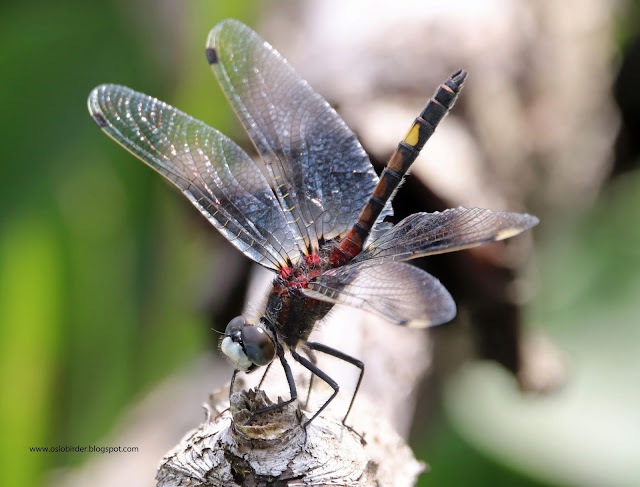