Although yesterday didn’t deliver the goods as I had expected I had nearly as high hopes for today. The southerly winds continued and overnight the rain had stopped and the cloud cleared but we had rain again early afternoon. I really thought this would result in a rush of birds but once again was to be disappointed. The Temminck’s Stints were present for their third day and the Redshank for its fourth (and was joined by a second bird) but there were no new birds apart from four Whimbrel and no raptors despite the sunny weather in the morning.

A short visit to Østensjøvannet gave me very good views of the pair of Shovelers that have been there for three weeks now. 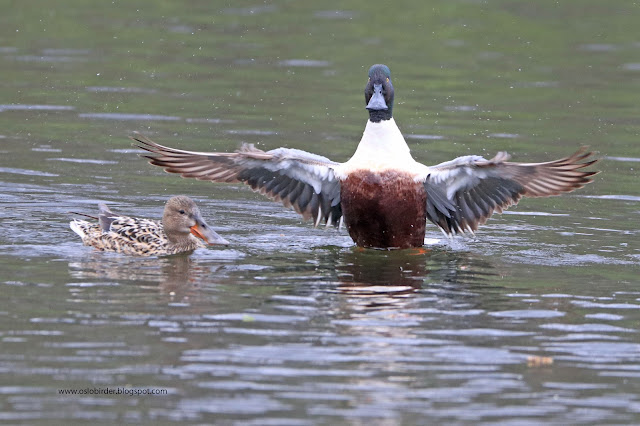 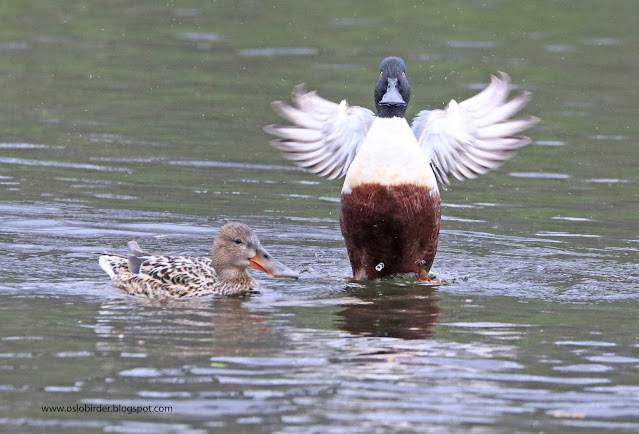 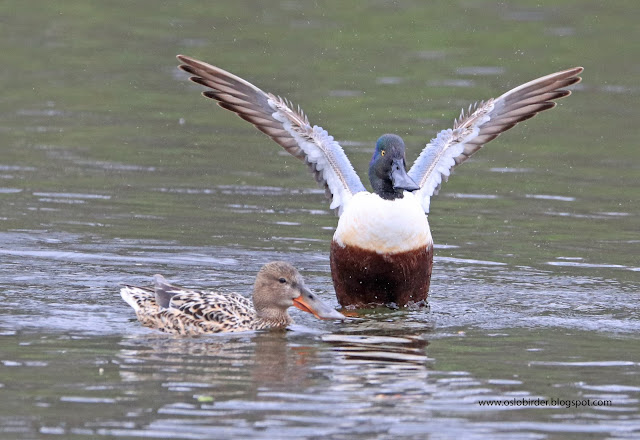 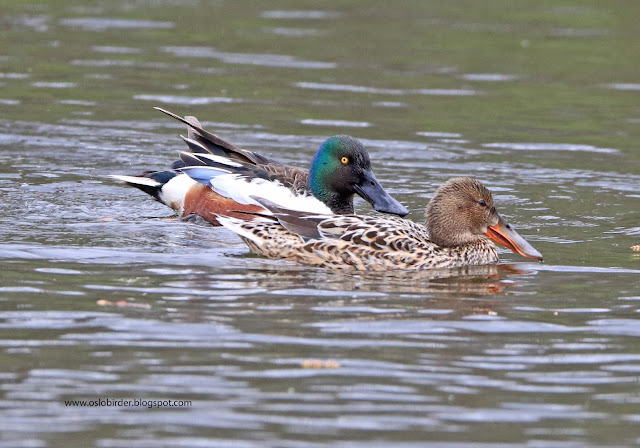 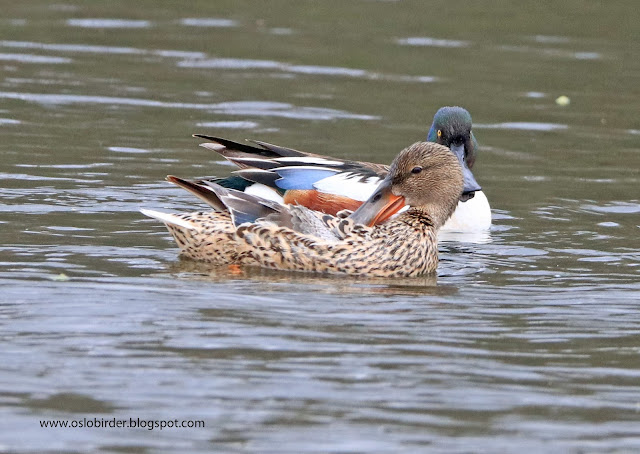 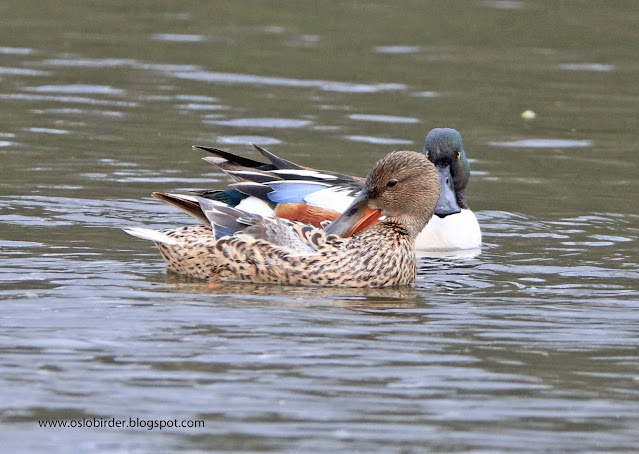 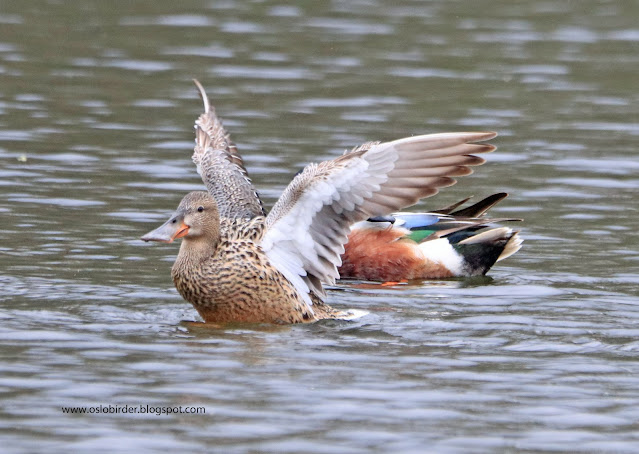