You might be thinking the answer to that question is Golden Eagle or perhaps Eagle Owl. Well you are wrong – it is Hazel Grouse! I discovered this when a Hazel Grouse nearly caused me to lose my eyesight on Monday. You might be wondering how this happened and the precise details of the episode may indeed suggest that I should be asking what is Norway’s most dangerous tree 😉 but to cut a long story short whilst trying to sneak closer to said bird a twig snapped into my eyeball and left me wreathing in pain. It took a couple of days before I could see properly out of my left eye but the damage does not seem to be permanent and the cloud has lifted.

I had a pair of Hazel Grouse feeding in the same alder trees as recently and had another male singing within earshot of this pair so things are looking promising for future observations. A male Three-toed Woodpecker also moved through and showed very well in typical fashion before just disappearing.

We have had out first proper cold period (but nothing unusual for this time of the year) and Østensjøvannet has nearly completely frozen over. This caused all the birds to congregate in a couple of areas of open water and the female Gadwall showed very well. This bird is very easy to overlook due to its resemblance to a female Mallard but this resemblance also means that if one is particularly looking for it that one can quite easily string a female Mallard (or two) into being it. 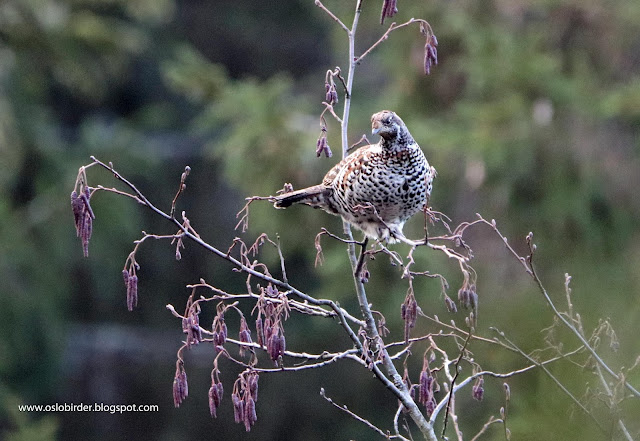 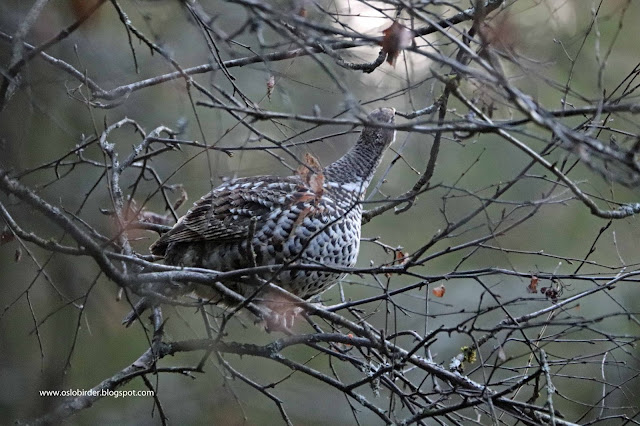 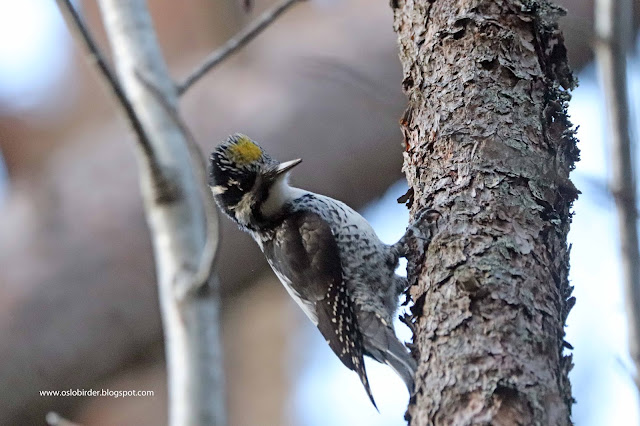 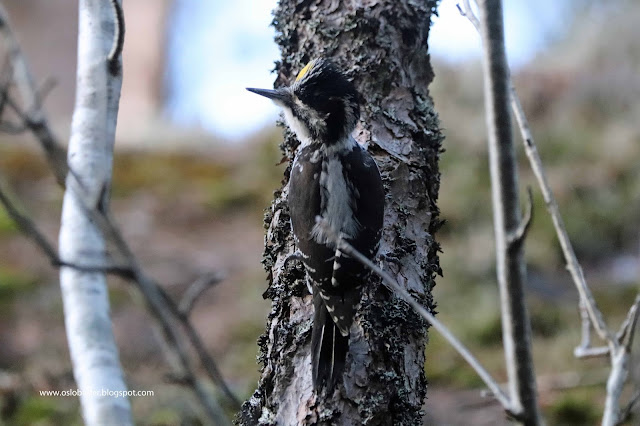 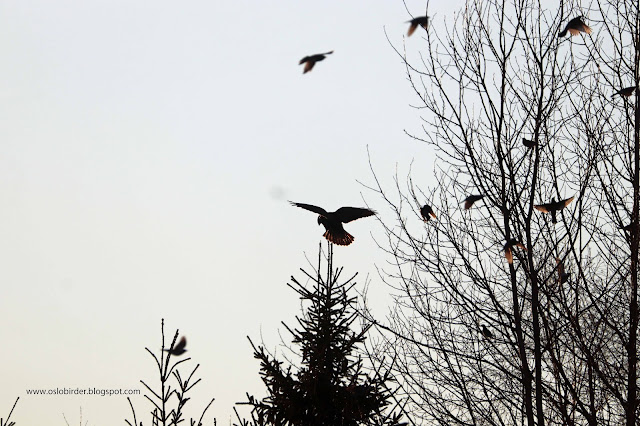 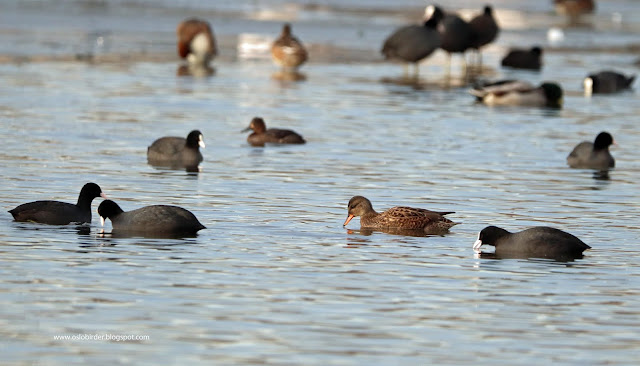 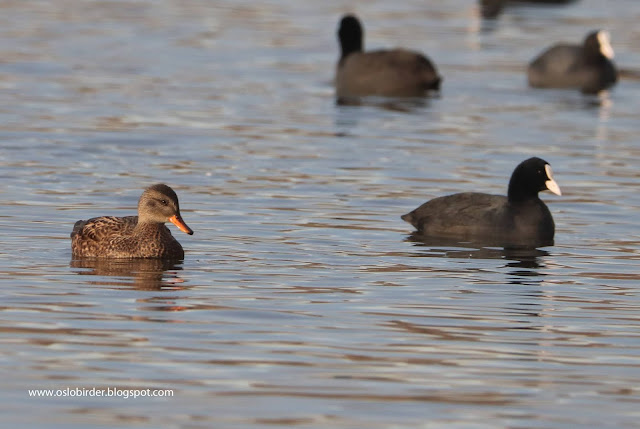 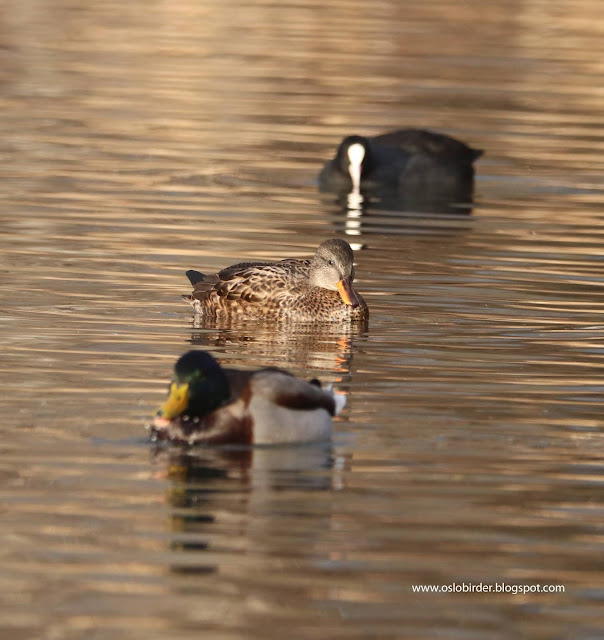 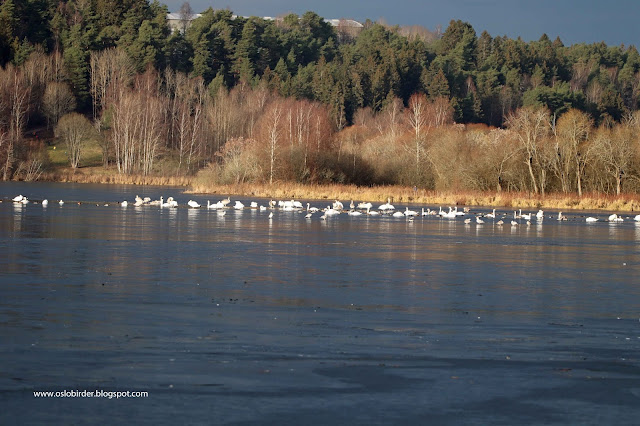