Despite exceptionally hot weather (25C today) it is clearly autumn. Mornings in Maridalen reveal hundreds of Bramblings in the air and thrushes are slowly starting to flock. There are hardly any warblers left and it is only the odd Chiffchaff that readily makes their presence known. There are still a lot of Swallows around but their numbers seem to dwindle day by day. Dunnocks are also making their presence known with calling birds flying over. Hopefully this autumn will surprise with a Red-flanked Bluetail or Rustic Bunting brightening things ups

This morning I had a bit of raptor action in the Dale with two juvenile Honey Buzzards slowly migrating south They flew together and are I imagine siblings although were very different looking. I saw them quite well but if I had been in my usual raptor watching place would have had them right overhead. Continued sky gazing revealed an Osprey, 2 Kestrels, a Goshawk and 8 Sparrowhawks but the biggest surprise was a flock of 7 Ruff flying north!

I visited Østensjøvannet yesterday evening hoping to pull a Rose-coloured Starling out of the Common Starling roost but had to be content with the sight and sound of 1000 Starlings which even Jr Jr thought was quite impressive. A couple of Sparrowhawks and a Goshawk were looking for supper and a couple of hundred Swallows went to roost in the reedbeds. Østensjøvannet gets very little coverage in the evenings but this is probably the best time to be there in the autumn. 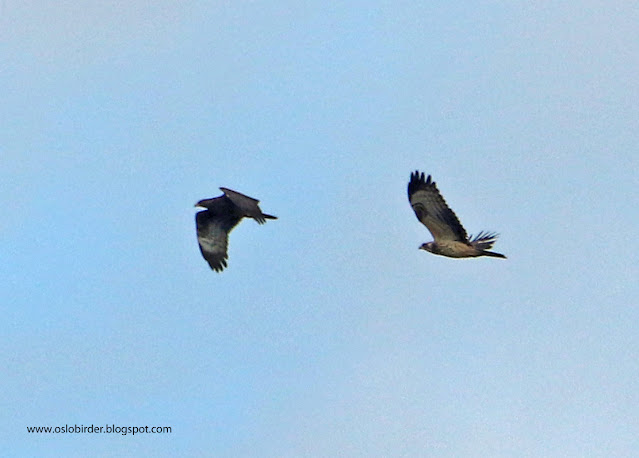 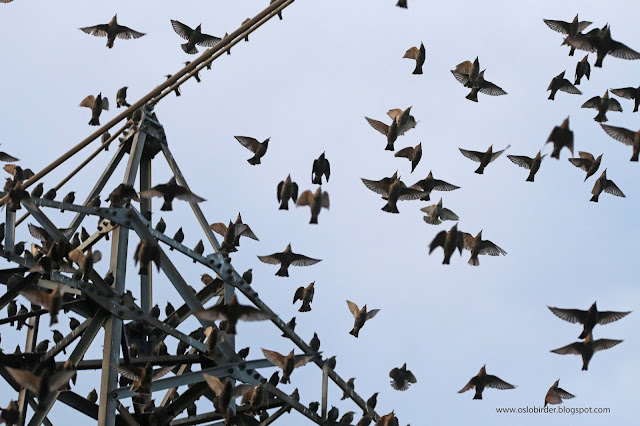 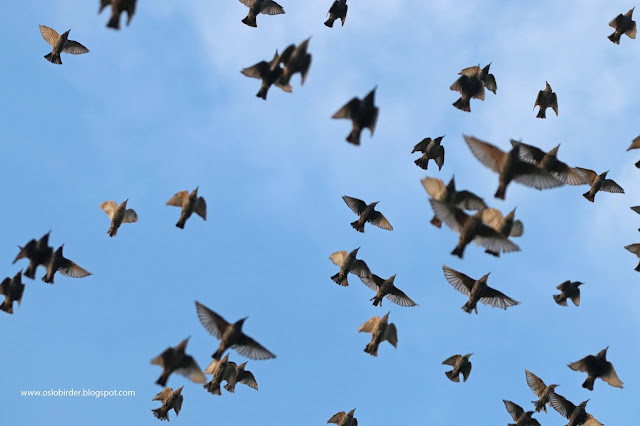 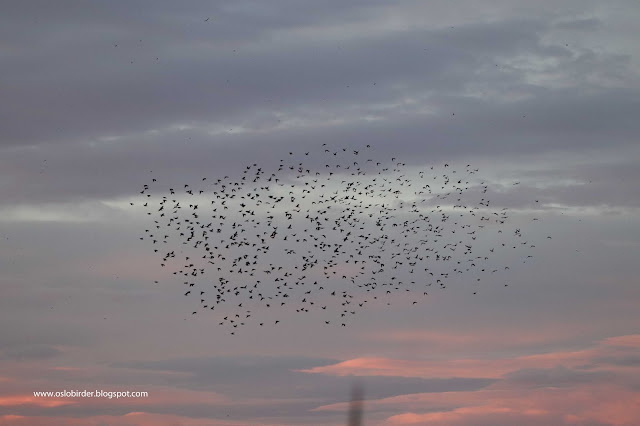 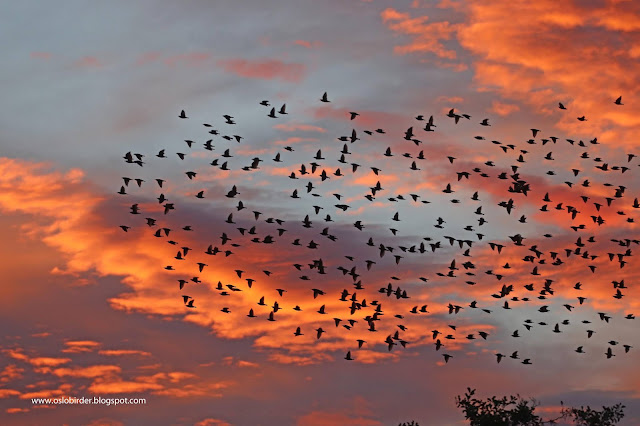 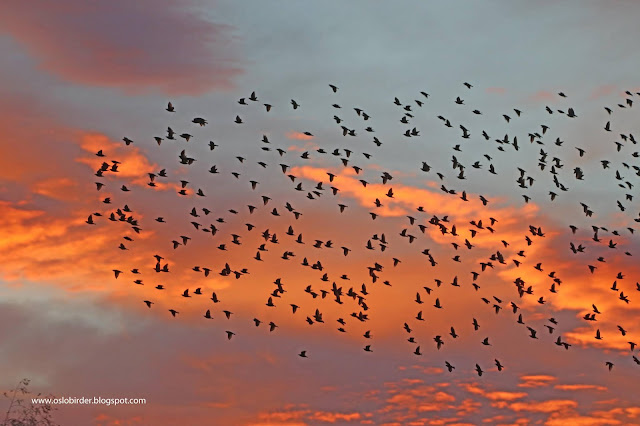 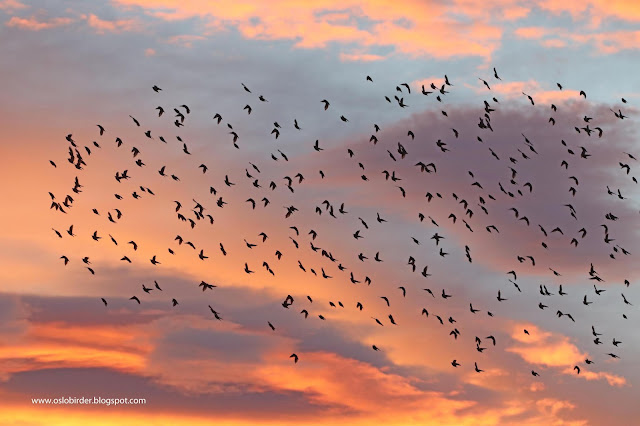