Birding has been in dribs and drabs recently with short trips to Maridalen, Fornebu and Østensjøvannet squeezed in around other responsibilities plus my first attempt at owls this autumn with Per Christian.

Fornebu has been the best local sight with a lot of geese providing quantity and 4 Black-tailed Godwits providing quality. This autumn has seen an unprecedented influx of this species (of the Icelandic sub species) to the Oslo area and in addition to there being lots of birds they have also hung around for a long time. I have also been hoping to see a Great White Egret or Spotted Crake at Fornebu but am still hoping.

In Maridalen another migrating juvenile Honey Buzzard is perhaps a sign that the species had an OK breeding season elsewhere in Norway despite things looking bad around Maridalen.

Per Christian and I were tempted to try for owls due to reports of large numbers of Tengmalm’s Owls being caught by ringers further north and our own success (without a net) in October last year. Our first (of hopefully many) trips produced a singing Pygmy Owl and a couple of calling Tawny Owls but no joy on the Tengmalm’s front although we called it a night at 2115 which was probably too early. We also heard a couple of flocks of Pink-footed Geese heading south in the dark which are my first of the autumn and I wonder how far they had flown yesterday as there are not many reports of staging birds further north. 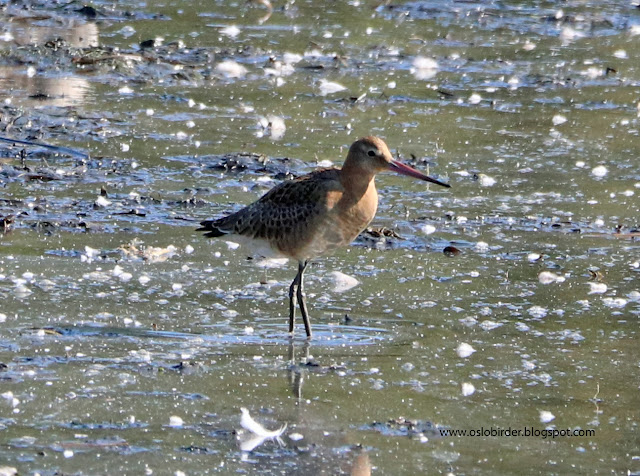 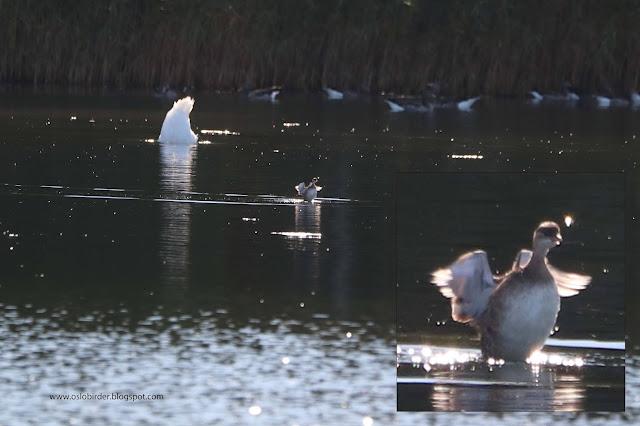