Since my last post we have had a few days of rain but this has resulted in my birding activity increasing as rain at the end of July means good falls of waders in Nordre Øyeren. Fathering responsibilities and decorating chores have not given me time to walk all the way out to Årnestangen but Svellet has been very productive even though the viewing distances involved are at the absolute maximum for what can be described as acceptable for ID purposes. I have managed to see Broad-billed Sandpiper, Curlew Sandpiper, Little Stint, Bar-tailed Godwit, Knot, Great White Egret and Mandarin so it has been quite acceptable though.

When the rain stopped briefly on Friday I was able to continue my search for Hairstreaks in my local neighbourhood and this time located multiple Purple Hairstreaks (eikestjertvinge) on oaks at two locations and saw egglaying at both sites. This was mid-morning and I think the butterflies were keen to be active after a few days written off to rain. In the afternoon when it was very hot I only saw a single Purple Hairstreak in the same areas showing just how difficult these species are to find. I also had two small butterflies flying high up in elms but they never stopped such that I could see them so I couldn’t ascertain what they were. 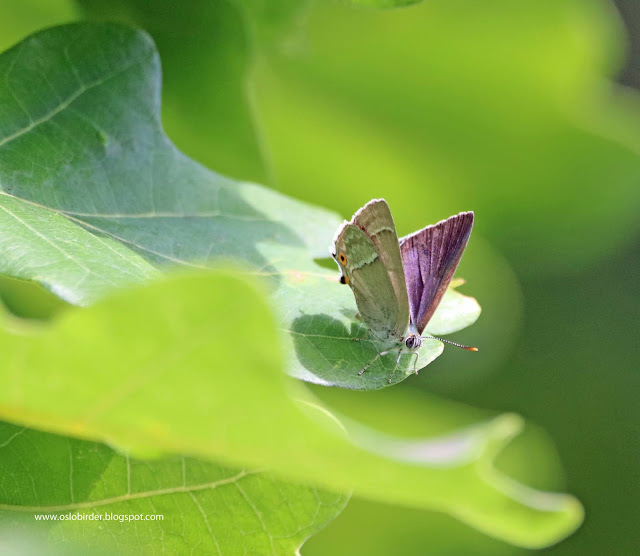 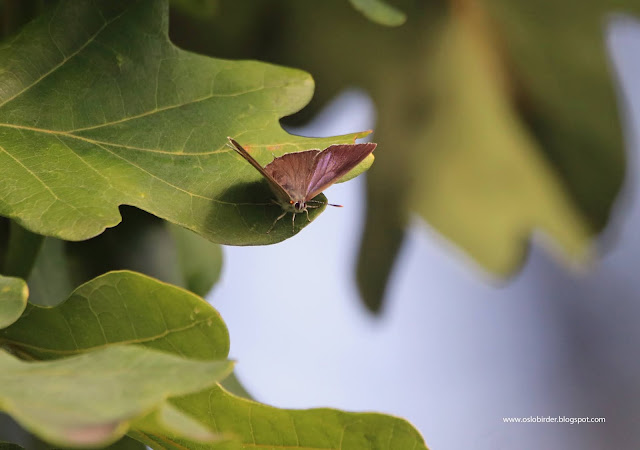 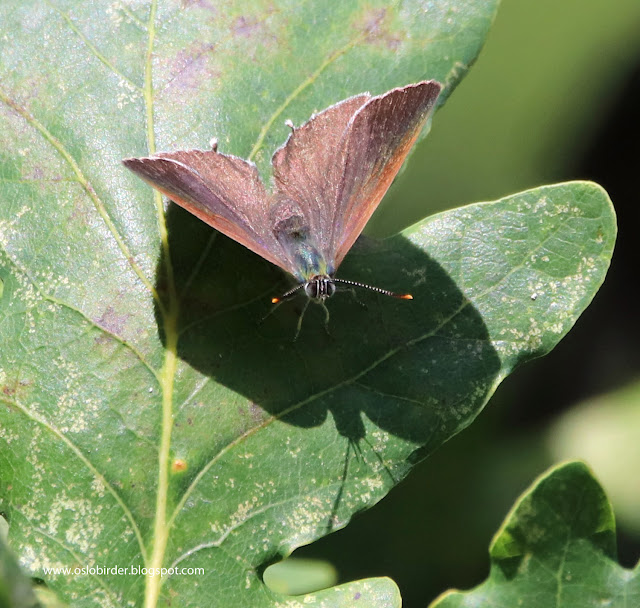 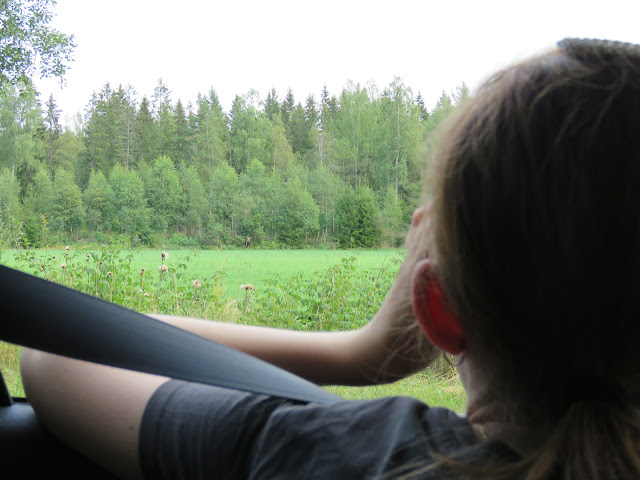 If you have read this far then you may also be interested in some pictures of dragonflies..... a small local pond that has been part of my dog walking / hairstreak searching route gave me a three very similar species on Friday from only 5 observed individuals. To see the differences between them you need to look at the leg colours and patterning on the side of the breast (I had to ask for help):
Lagt inn av rixy kl. 09:49