On Friday I received some pictures from SteinarAndersen asking for confirmation as to what type of bread eating hybrid duck he had found in suburban Oslo. It is not always easy to work out the parents of hybrids with the Wigeon x Mallard hybrid at Østensjøvannet being a difficult combo (see picture in previous post) but this particular hybrid was a clear 50:50 mixture of its parents: it was a Pintard – Pintail x Mallard (in Norwegian a Stjokkand – stjertand x stokkand).

The head, neck, tail and bill showed the clear influence of the Pintail while the body was Mallard.

I visited the bird yesterday and found it easily where a smelly, dirty stream plunged out of pipe and people clearly fed this bird and the 30 or so Mallards it kept company with.

I found another male of this hybrid combo in early2019 but that bird later suffered the ignominy of being blinged whereas this bird was blingless so is presumably a new bird (bling can fall off). A female Pintail spent 5? winters at Østensjøvannet (although has not returned this winter) and it tempting to think that these hybrids are the result of her pairing with one of the male Mallards that often showed her attention. 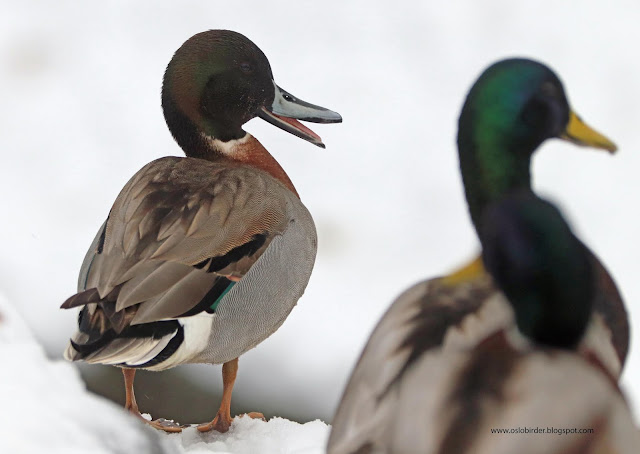 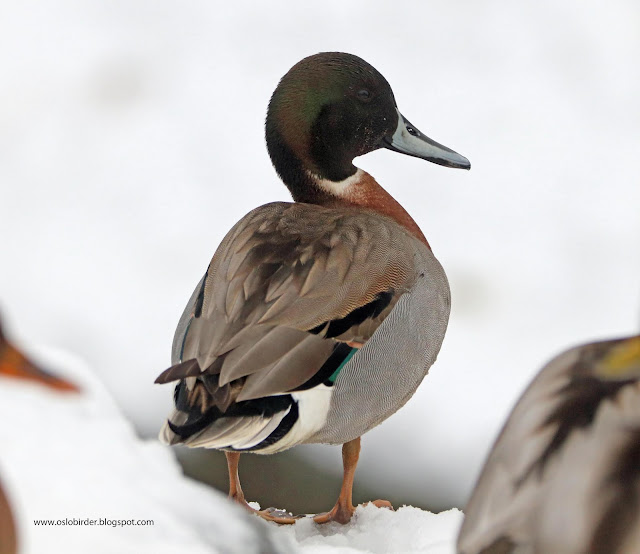 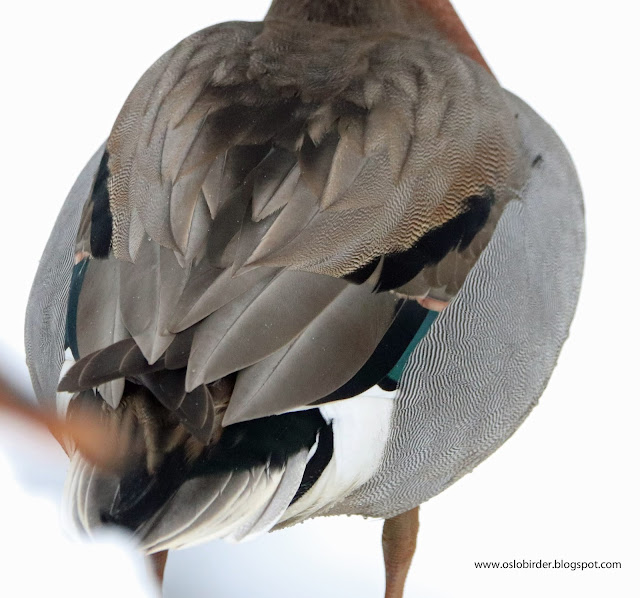 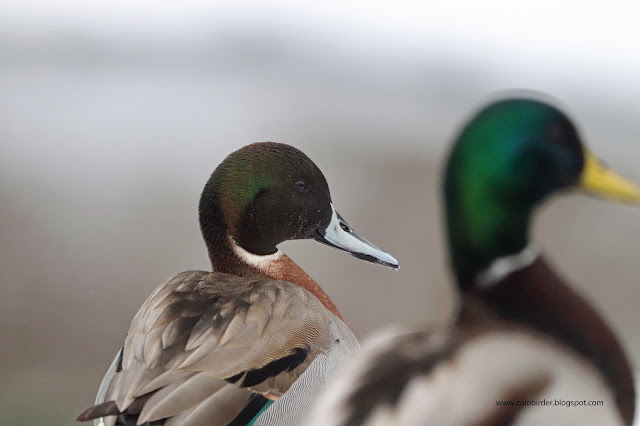 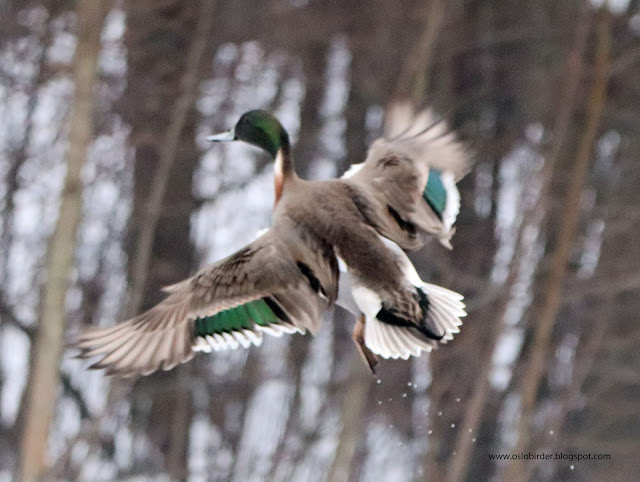 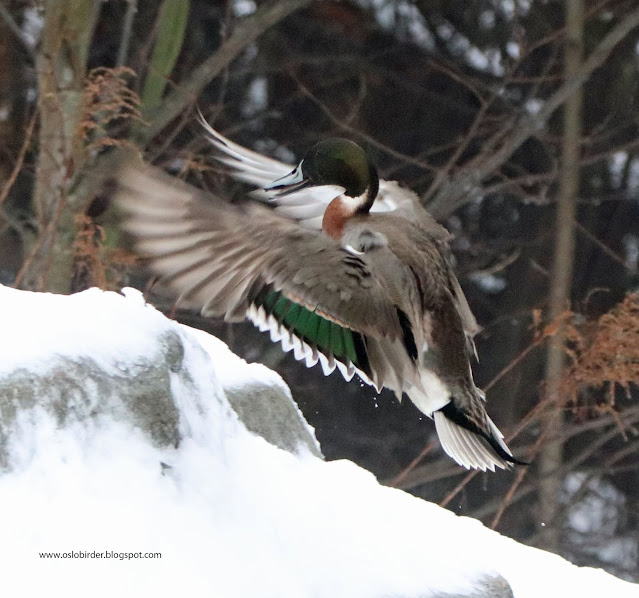 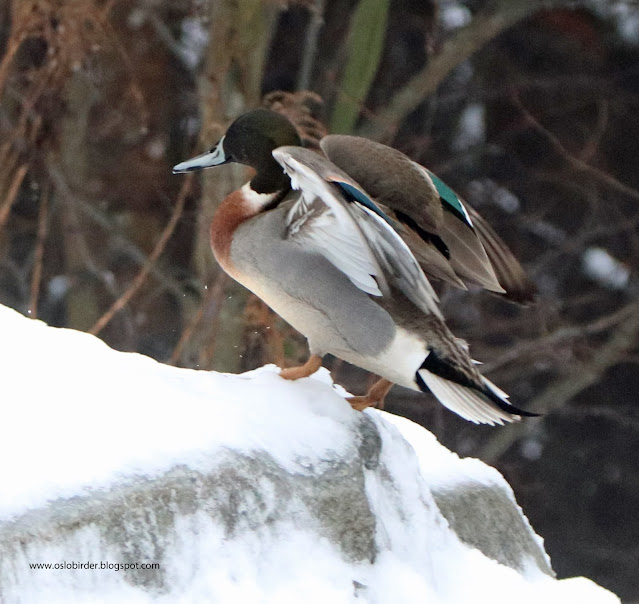 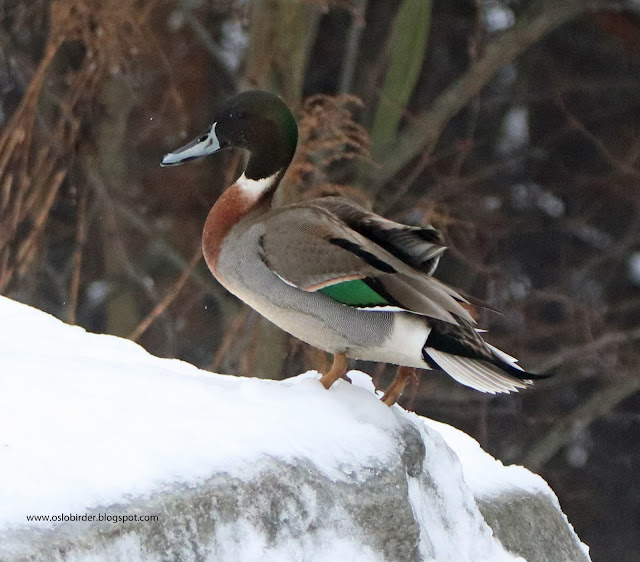 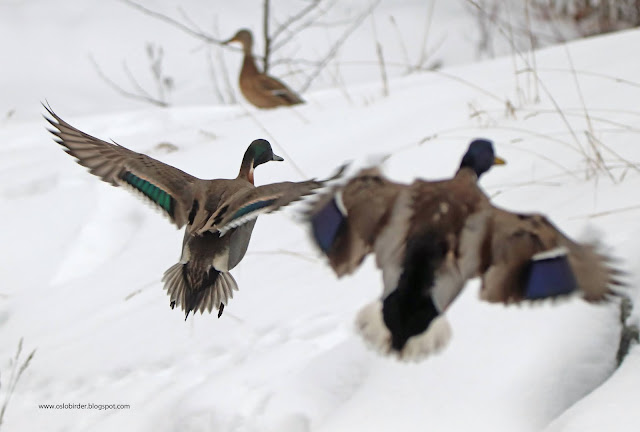 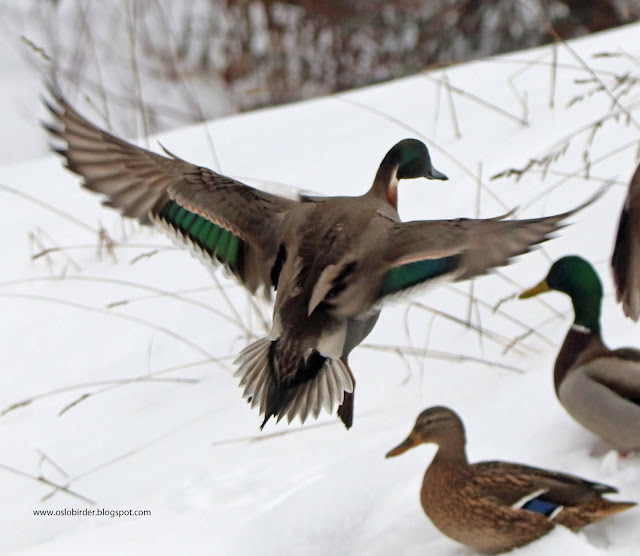 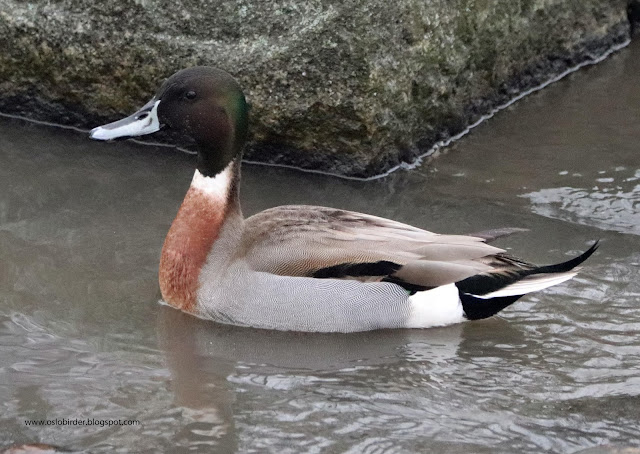