Some days are better than others 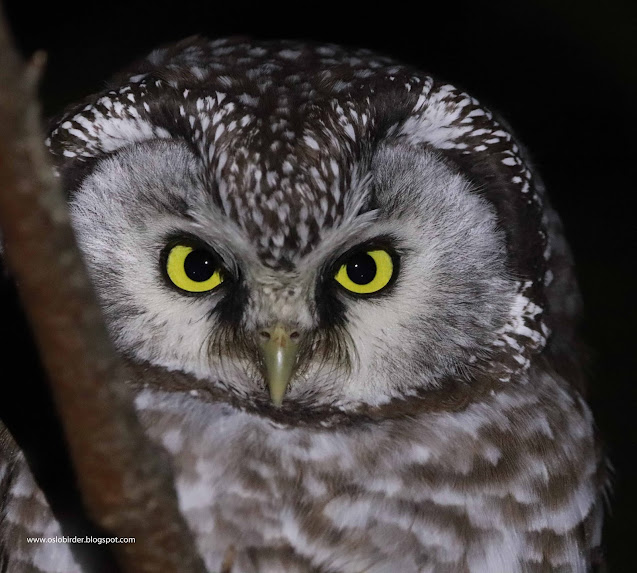 Yesterday is a day that will go down in the Oslo Birder’s annals as a truly most bodacious day dude!

A Red-flanked Bluetail before lunch would on its own be enough to put the day right up there but the evening was something special. I have tried three times recently to find Tengmalm’s Owl in Maridalen without success so decided to another area which would mean a walk rather than just stopping the car but I felt would take me into much better forest. I also persuaded Per Christian (my traditional owling buddy) to accompany me which made it a lot more fun.

As we were setting up a Hawk Owl came to check us out just as it was getting dark around 19:00 (sunset was at 18:15) and this definitely raised our expectations (we had also thought we heard a very distant Pygmy Owl on the way in but it never called again). We were probably a bit too chatty and not paying enough attention to our quest but at exactly 19:30 a movement caught my eye and shining the torch at it revealed a Tengmalm’s Owl!!!! We then had a really magic 30 minutes with two Tengmalm’s in the area around us – we never saw more than one at any one time but had one calling whilst watching the other one. We were also able to get incredibly close to the bird. All this under a stary heaven with the planet Mars shining brightly. Unless rodent populations crash over the winter we should have a lot of Tengmalm’s (and hopefully other) Owls breeding in the forests close to Oslo which will make for lots of fun.

Then today I was guiding for Hazel Grouse and we also saw Pygmy Owl (four species of owl in half a day must be a record for me), Hawk Owl and the targt bird Hazel Grouse. The grouse played cat and mouse with us for an hour and a half and although we occasionally had it right above us in a tree it proved very difficult to photograph although the experience in itself was worth paying for 😉 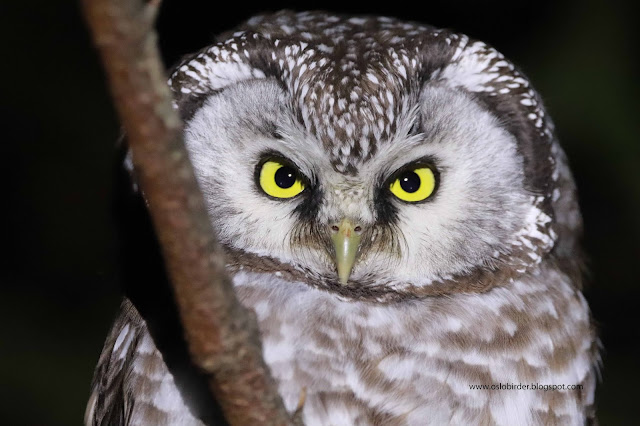 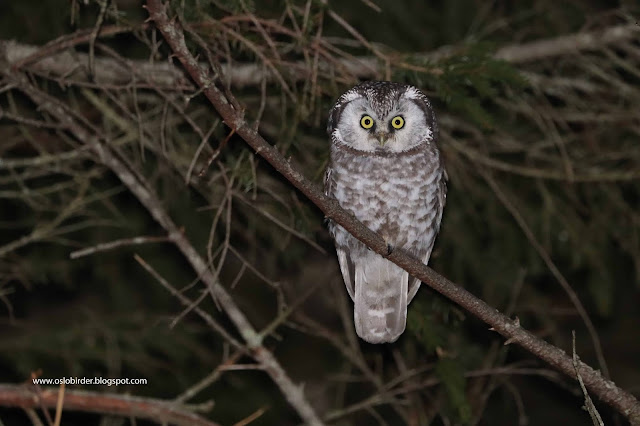 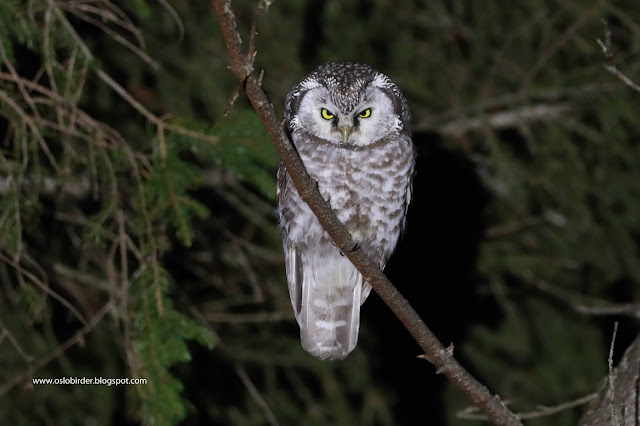 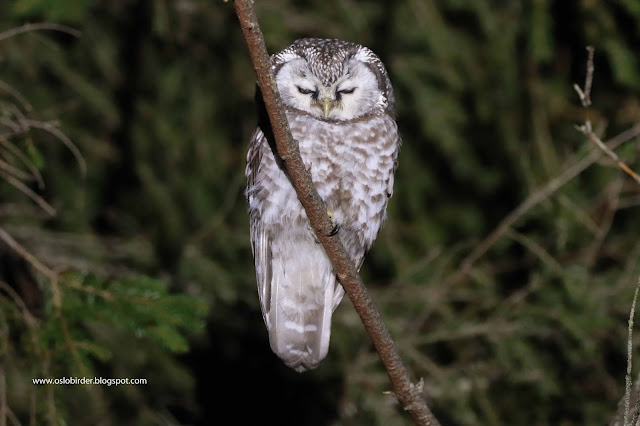 Two videos of the Tengmalm's. The first with the bazooka resting on a rock and the second with my mobile 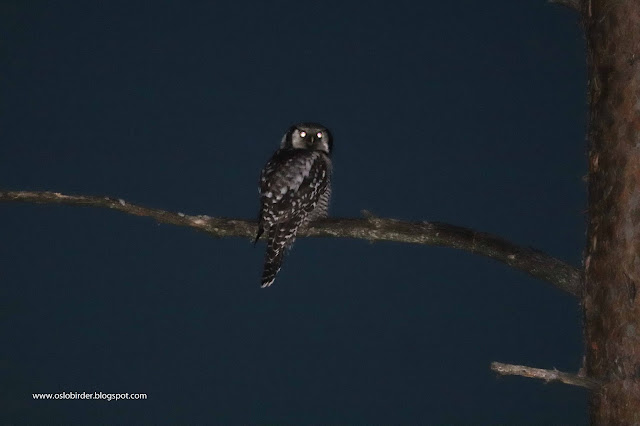 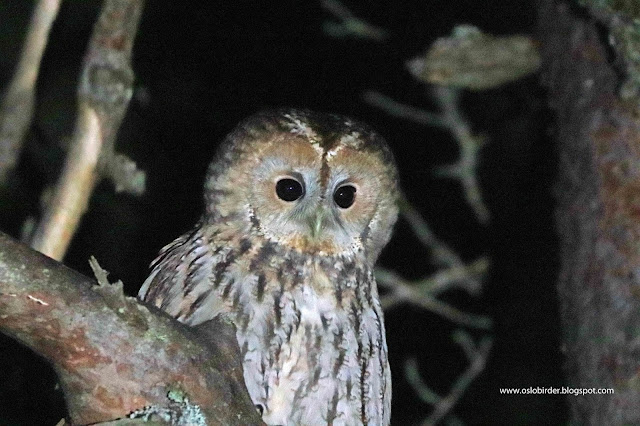 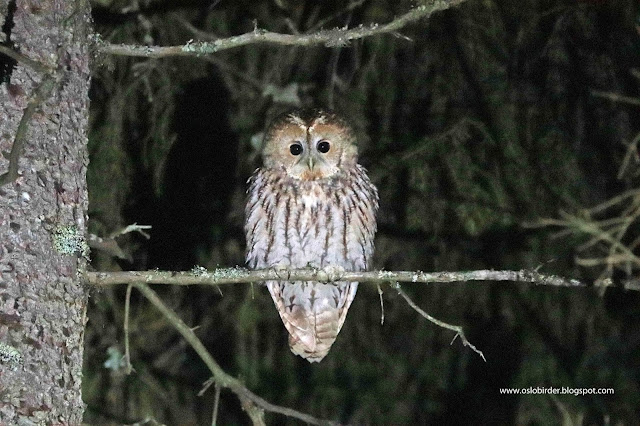 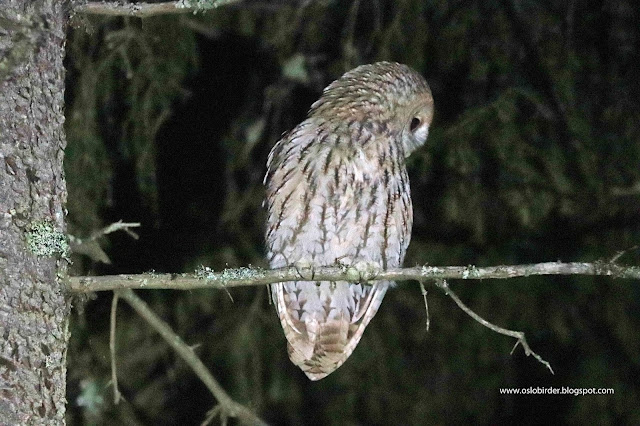 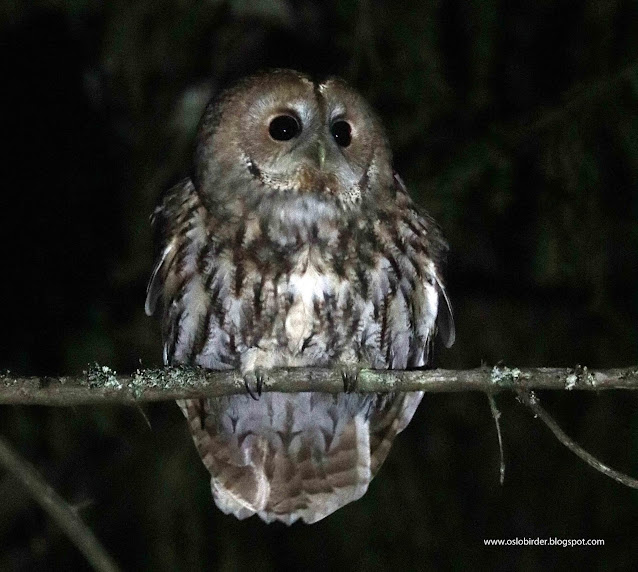 And from today's guiding: 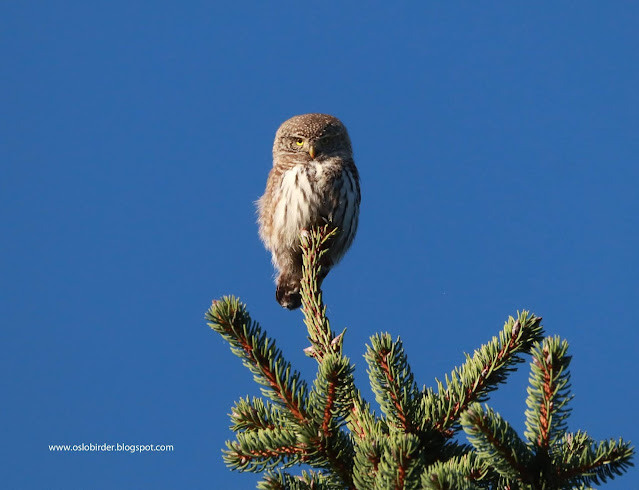 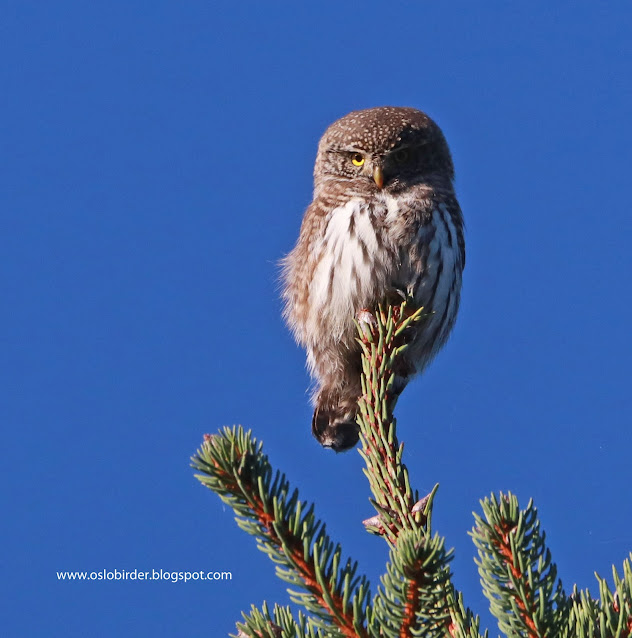 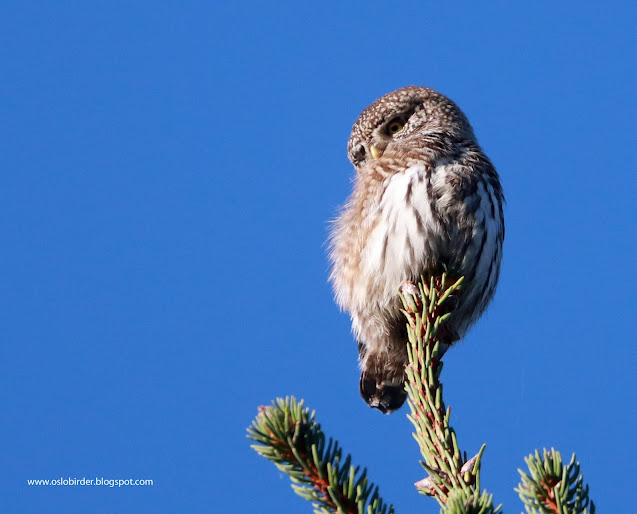 The Hazel Grouse was difficult to photograph and when it did finally stay put for a minute or so it was on the wrong side of the trunk... 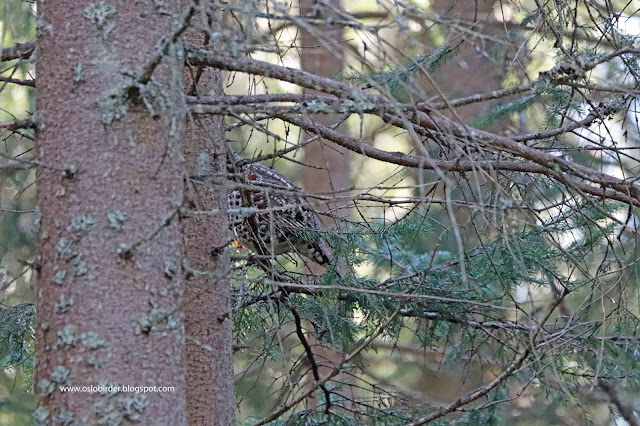 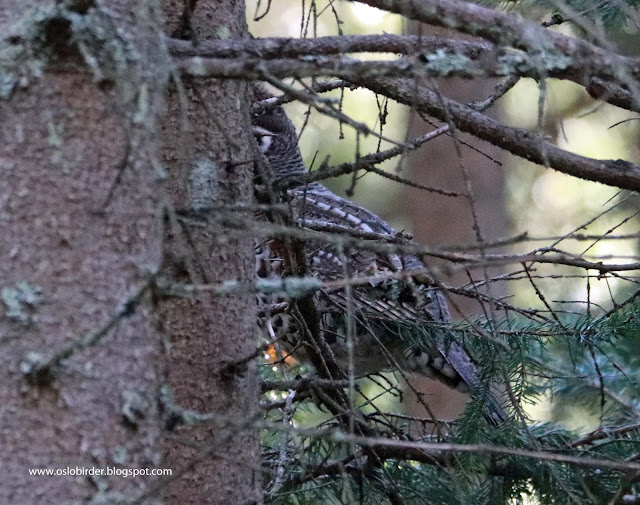 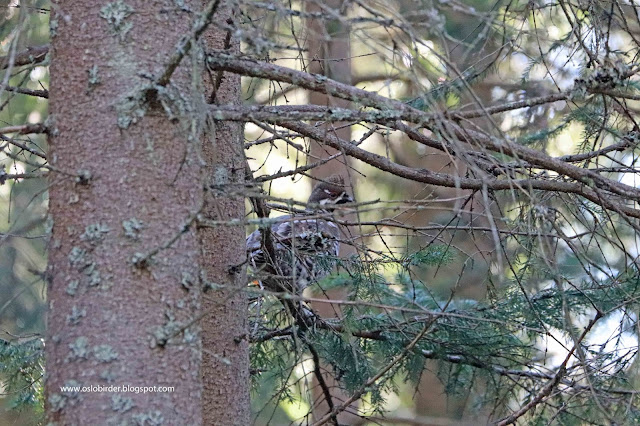