The Pine Grosbeaks invasion is now moving (retreating?) north with the majority of reported observations in Norway being in the middle of the country. There are now far, far fewer reports from Oslo and nearly none further south. The birds are still around though but are just harder to find and with there still being rowan berries everywhere not to mention spruce trees as far as the eye can see there are plenty of places they can be. I built up a lot of knowledge during the last invasion though as to favoured places and a trip yesterday to one of these revealed my largest flock so far and a clear proof that the birds are around. I had a minimum of 47 birds! and in line with all my other observations this winter there was just a single adult male in the flock. I still don’t understand the dynamic that is leading to this very skewed ratio (there were ca. 40% adult males two years ago) but clearly there must be flocks somewhere (on or close to the breeding grounds) that are made up just of adults (males and females).

Yesterday’s birds were feeding on rowan berries but were also often in spruce and also pine trees feeding on buds/shoots and on one occasion a couple of birds were eating buds from a birch tree. The attention of a Sparrowhawk made the birds quite flighty although not as much as the flock of 120 Fieldfare that were also in the area. Surprisingly there were no Waxwings there and only a handful have arrived in Oslo so far this winter. There are large flocks not too far north but they have plenty to eat so who knows when or if they will make it to Oslo.

We are now in a good, old fashioned cold spell with temperatures constantly under zero for the last week and a few centimetres of snow that fell on Tuesday morning has made everything white. I have not noted any particular change in the bird life yet but at Østensjøvannet there has been a big clear out with just a few birds left on the one open area. 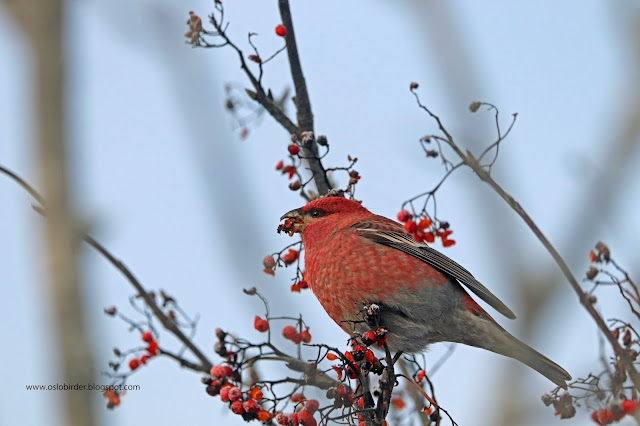 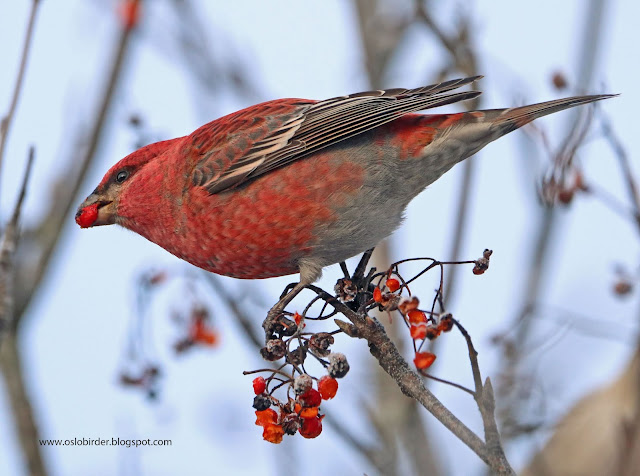 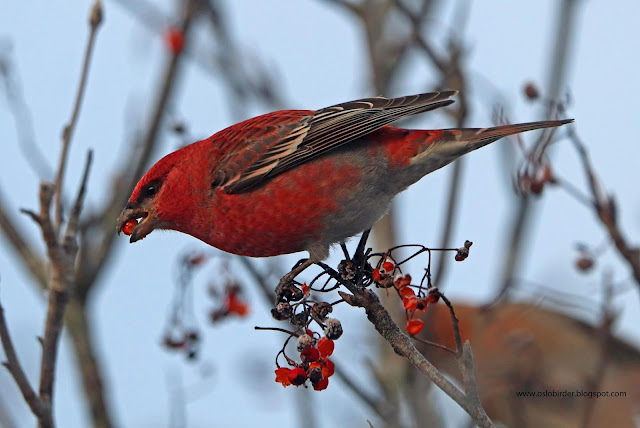 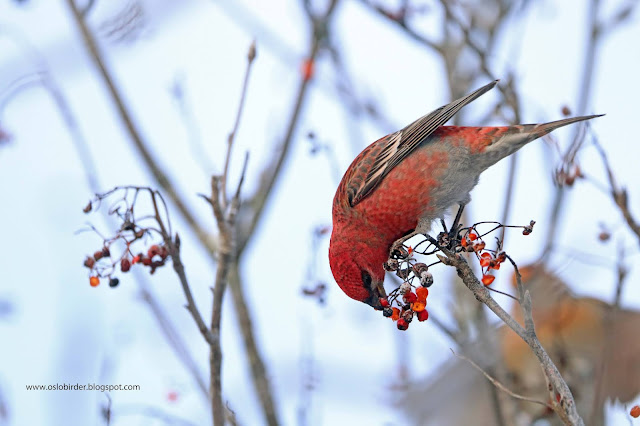 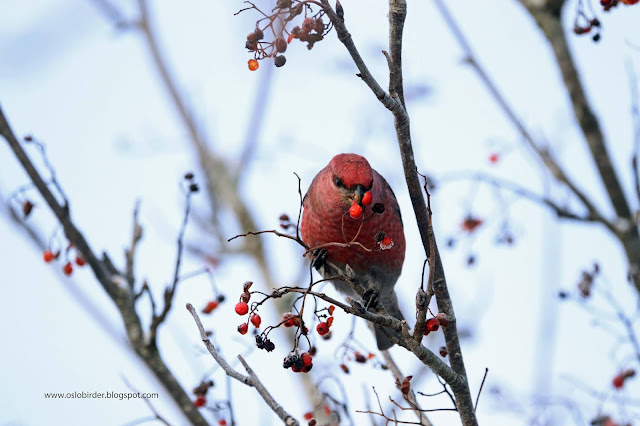 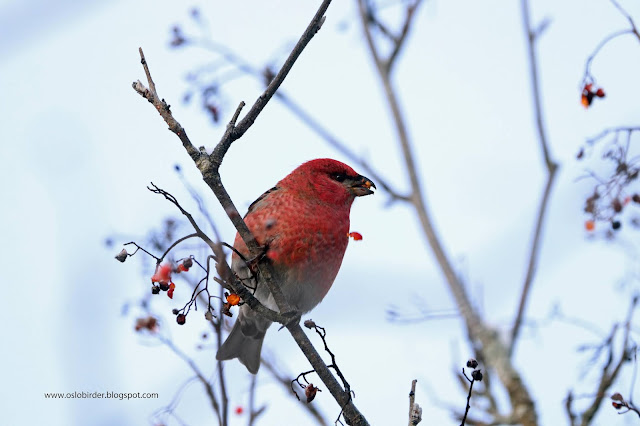 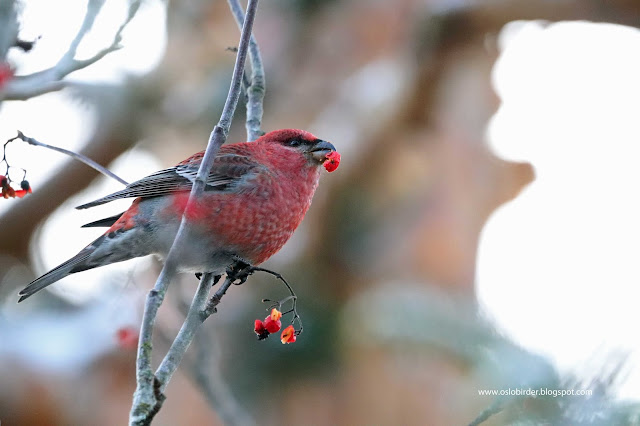 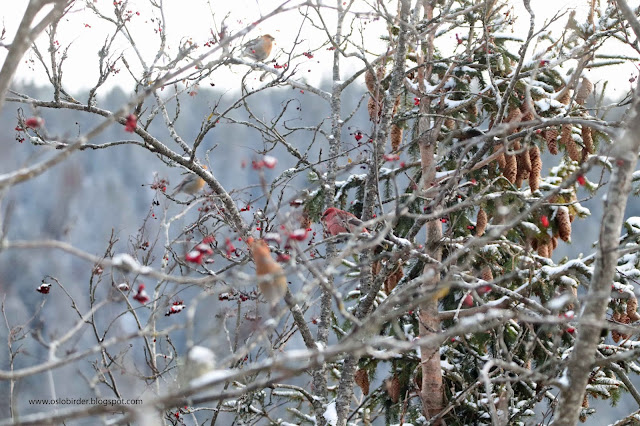 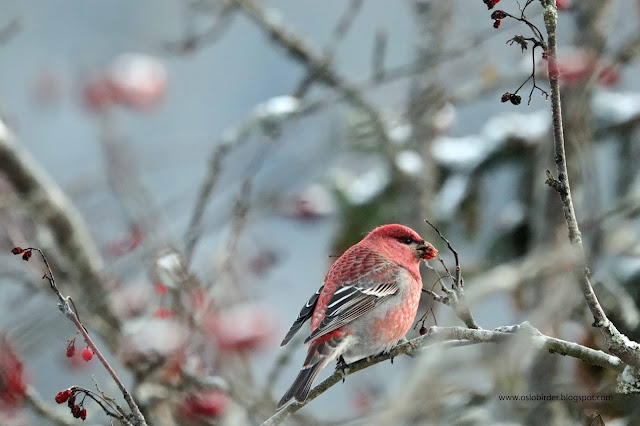 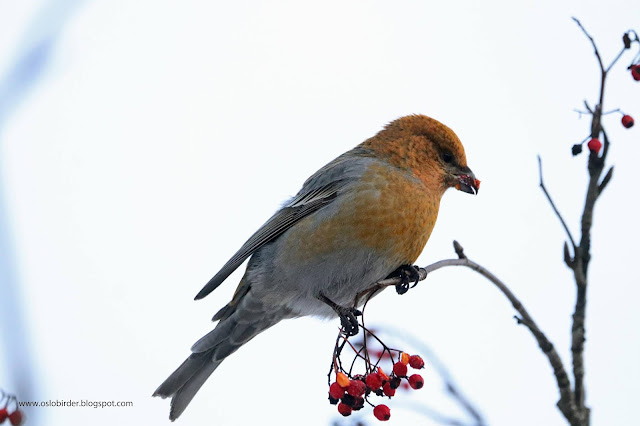 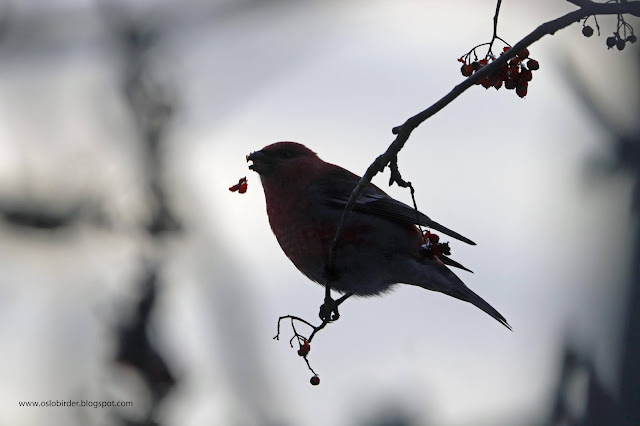 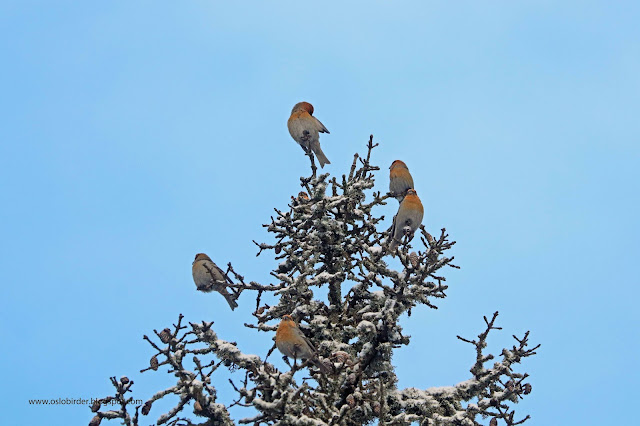 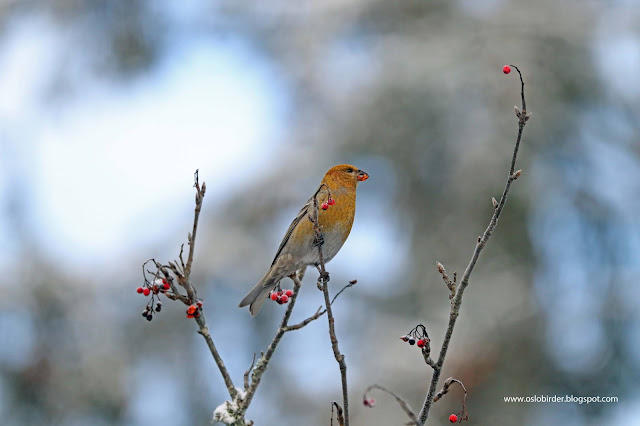 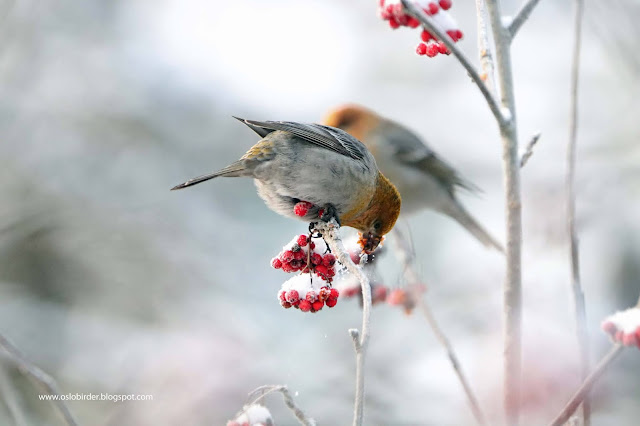 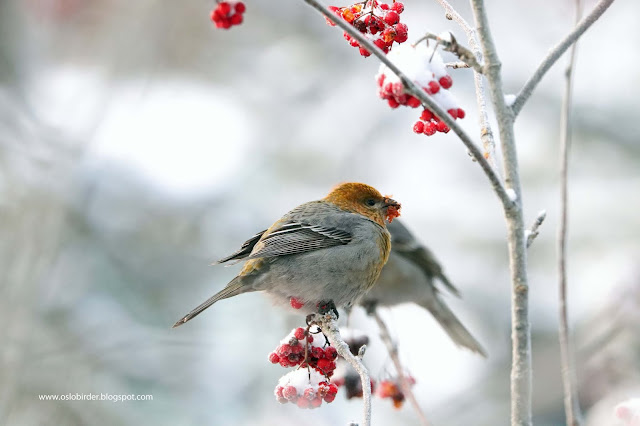 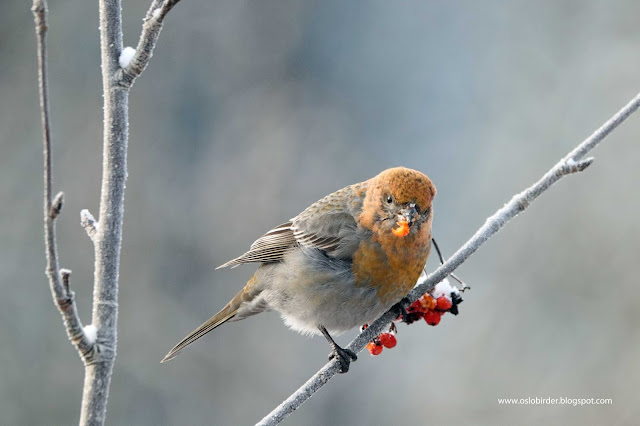 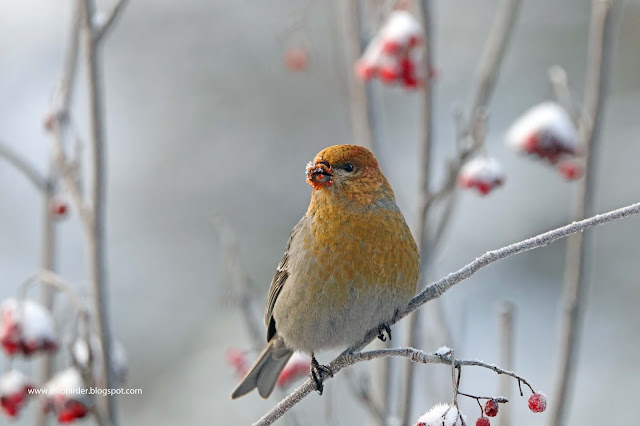 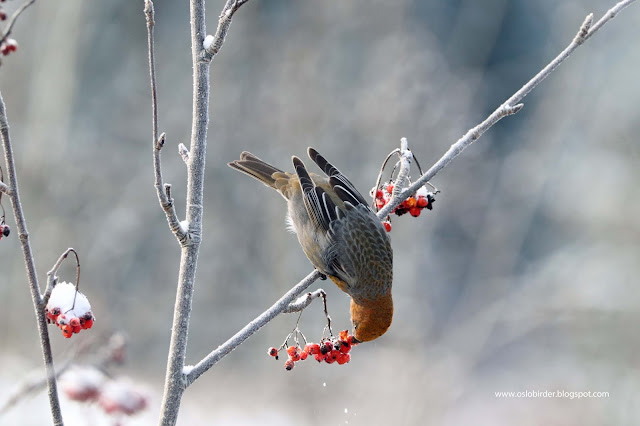 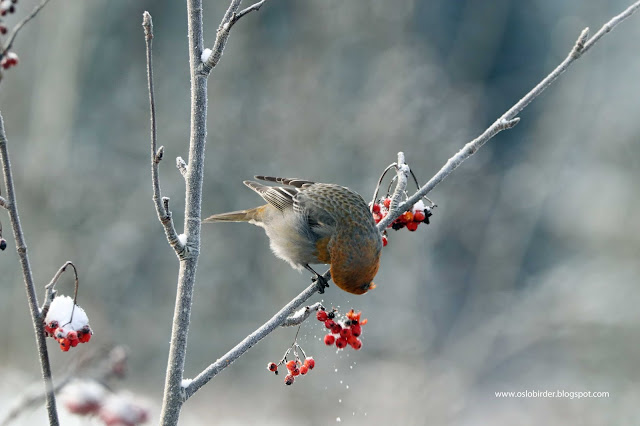 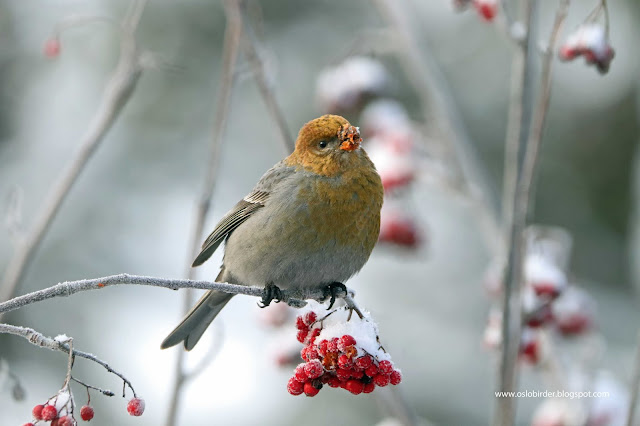 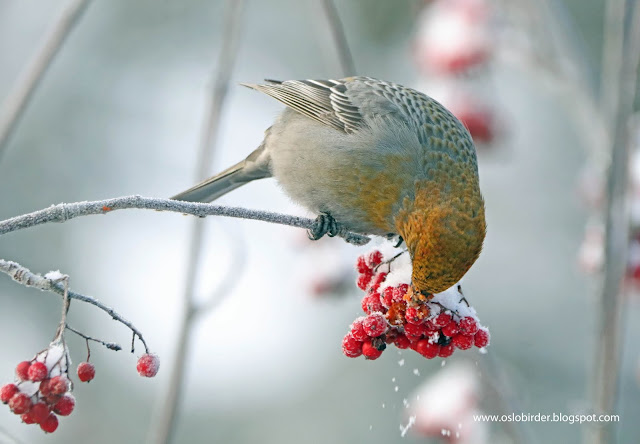 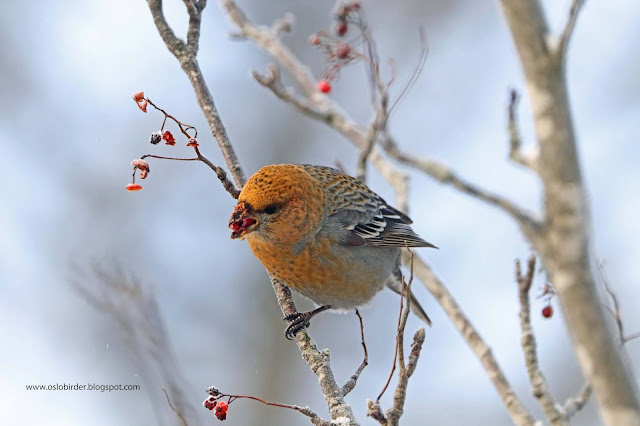 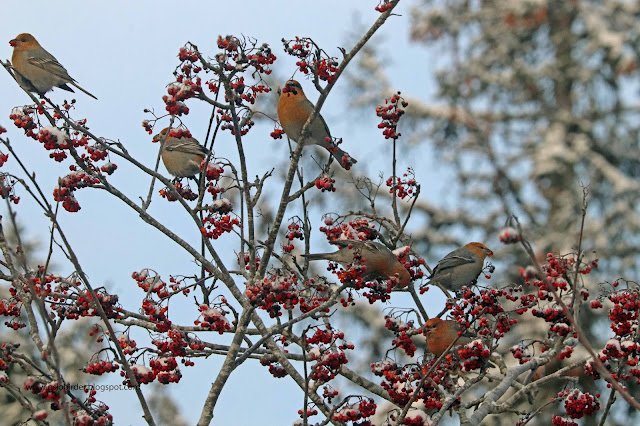 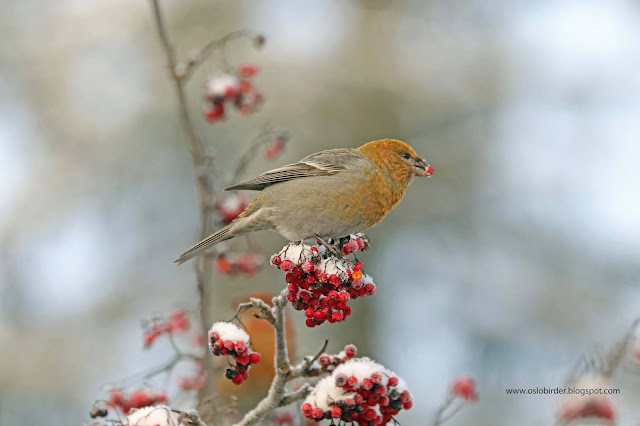 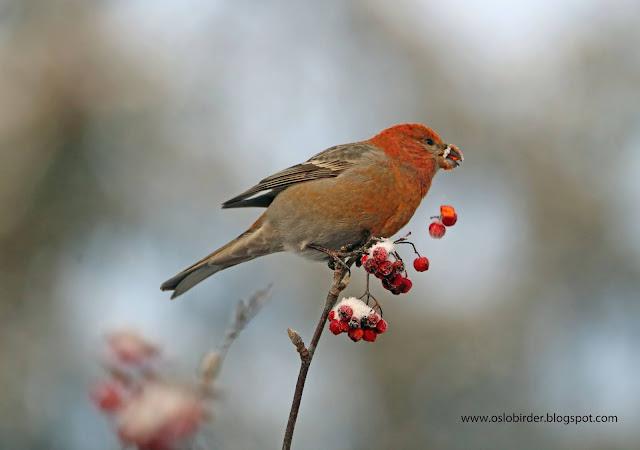 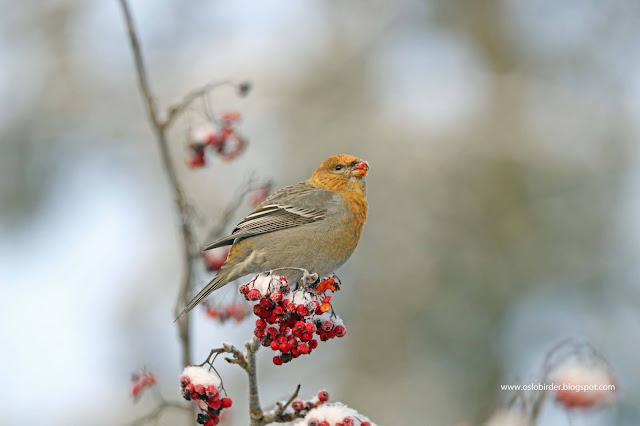 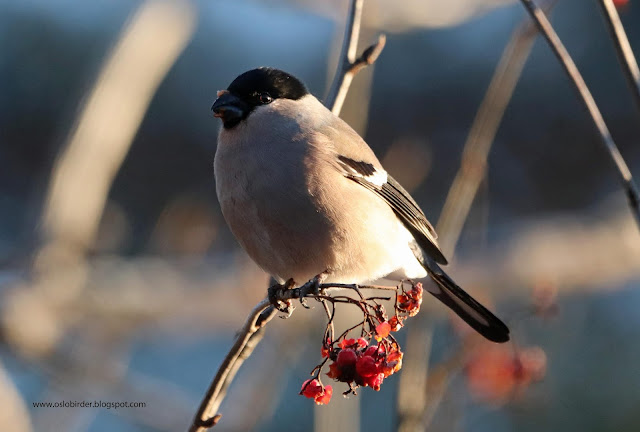