First frost of the autumn

Since coming back from the mountains on Saturday life has rather returned to normal. On Sunday morning I did have a specific birding outing to Maridalen with Jack where I hoped that in addition to enjoying his company that I could help him find the 2 species he needs to take him to the milestone of 150 species in Oslo for the year. We failed on that score and it hasn’t helped matters that in the three days since then that I have seen five species that Jack needs with four of these being in the Dale..

The four Dale species are Great Grey Shrike, Scaup, Rough-legged Buzzard and Peregrine and the fifth was a Rock Pipit at Huk, Bygdøy.

It has suddenly become very late autumnal and last night saw the first frost of the autumn. There has been a big clear out of birds with the Greylags and Whooper Swans gone from Maridalen, far fewer finches and Meadow Pipits but still quite few thrushes. A small arrival of ducks today included 3 Tufted and Scaup and the next few weeks may see more ducks as mountain wetlands freeze over and birds leave for the coast. There have been up to 8 Guillemots on the lake and many more on the fjord where a number of dead birds have been found. Quite what causes these near annual arrivals and dead birds is uncertain but there are clearly food shortages somewhere. Almost all dead birds are 1cy birds and any ringed birds found come from the UK.

Østensjøvannet is still full of birds with 200 Wigeon a joint highest Oslo count and 82 Mute Swans the second highest. 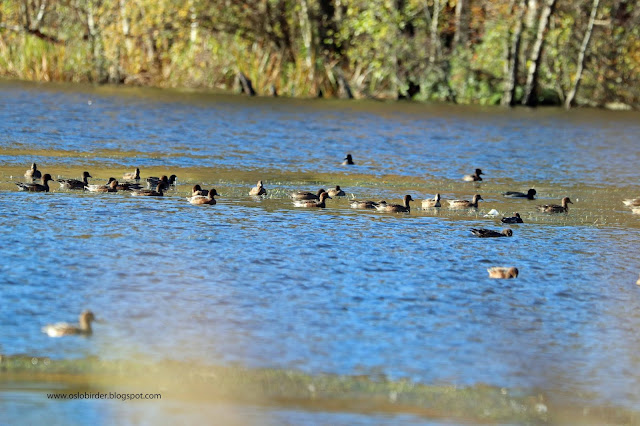 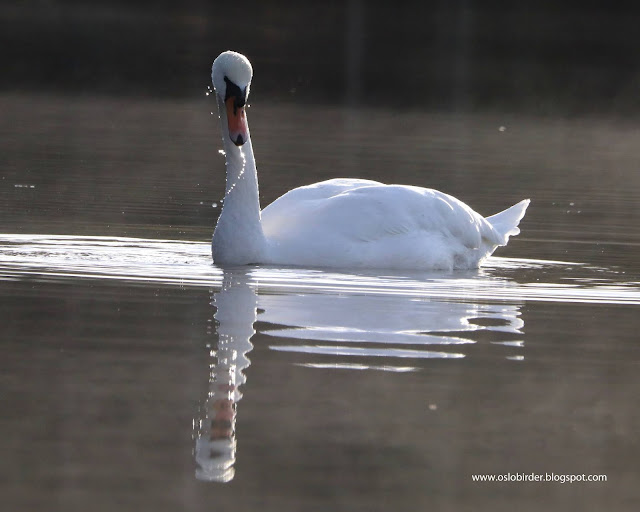 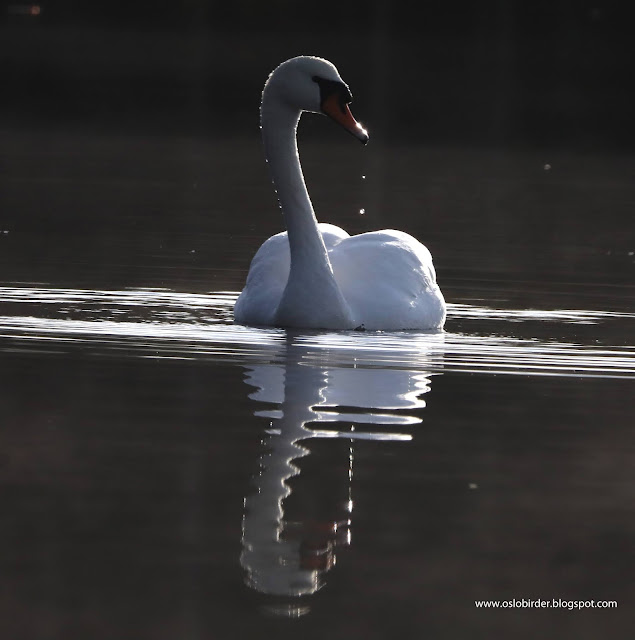 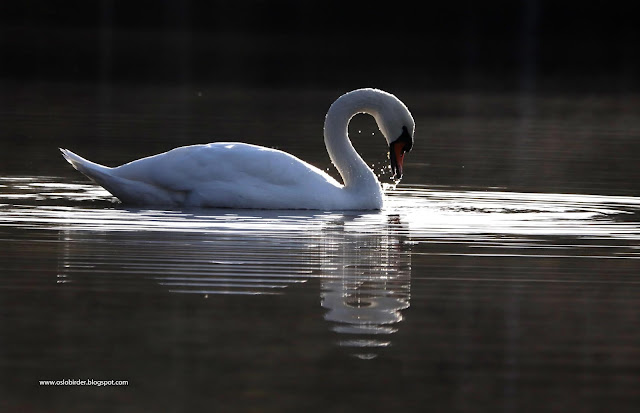 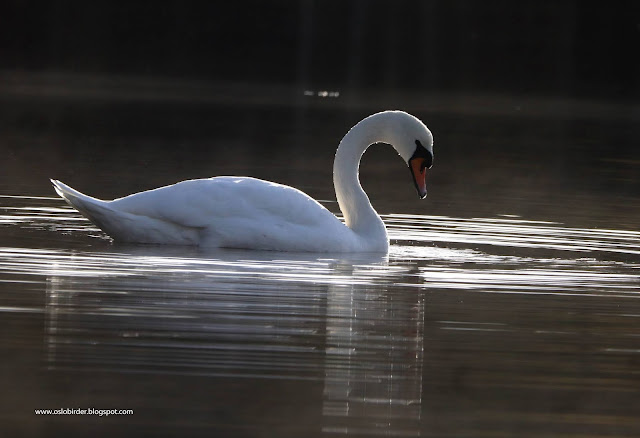 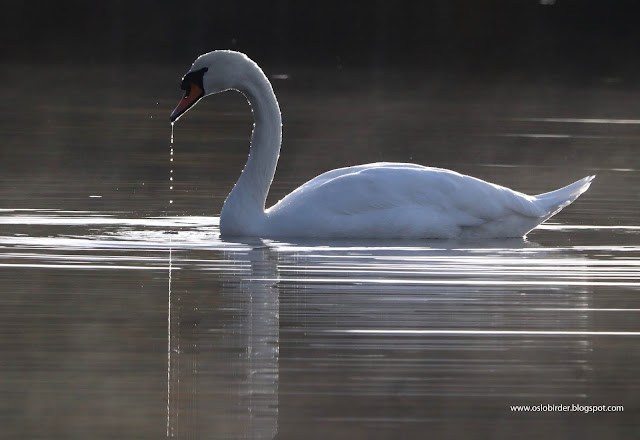