After what I consider to be good blog posts I am always hesitant to come with a new post that is just worse pictures of the same birds but when there is nothing else to write about then that’s how it has to be.

I can also come with some corrections to information I gave in my last post. Regarding the Hawk Owls the apparent reason they are now hunting within the forest is not that there is less snow there which makes it easier for them to hunt (as I had previously thought). They hunt by sight rather than hearing so do not take rodents under the snow in the same way that Great Grey Owls do. They have been hunting Field Voles (markmus) in the forestry clearings but when the snow comes these live under the snow and become unavailable for the Hawk Owls. But Bank Voles (klatremus) which are smaller and therefore not normally at the top of the menu are much more likely to run over the snow and these live in the forest rather than in the clearings. Therefore, the snow causes the Hawk Owls to change prey and they have to go where the prey is which is within the forest. Very interesting and thanks to Jan Olav Nybo for enlightening me.

I have also discovered that TWO Common Buzzards are hanging on and they seem to have favoured areas within a kilometre of each other but are individually identifiable with one bird being a lot paler than the other.

The Pygmy Owl seems to have made itself at home and was singing mid-morning on Friday when the temperature was -16C and I was having problems with my fingers and the camera.

When the sun is shining the Hawk Owls and Pygmy Owl sit nice and exposed in tree-tops which makes it easier for me to find them but also passerines and Great Spotted Woodpeckers have been particularly angry with their presence. The strongest response comes though when the Pygmy Owl sings and then all the tits in the area converge on the bird to scold it as can be heard in this video taken with my phone. 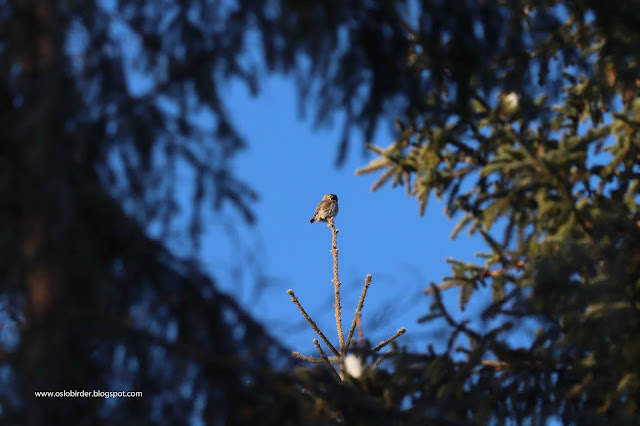 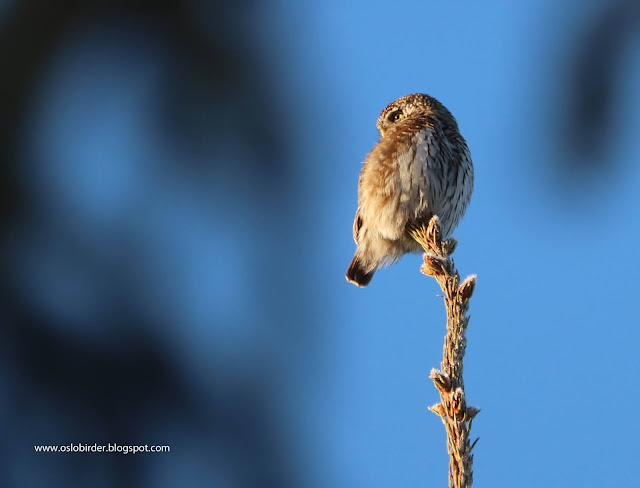 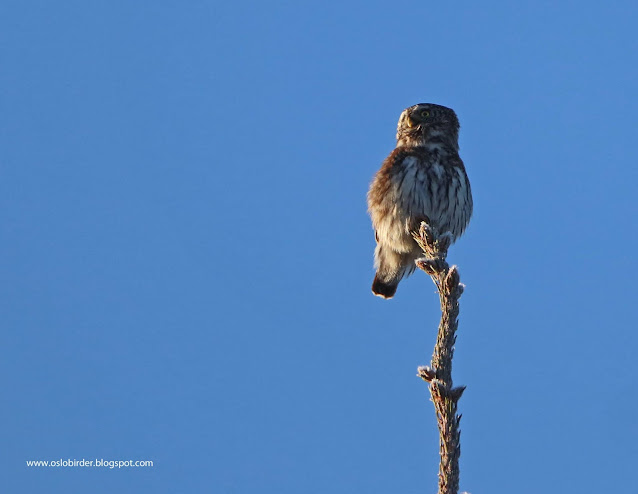 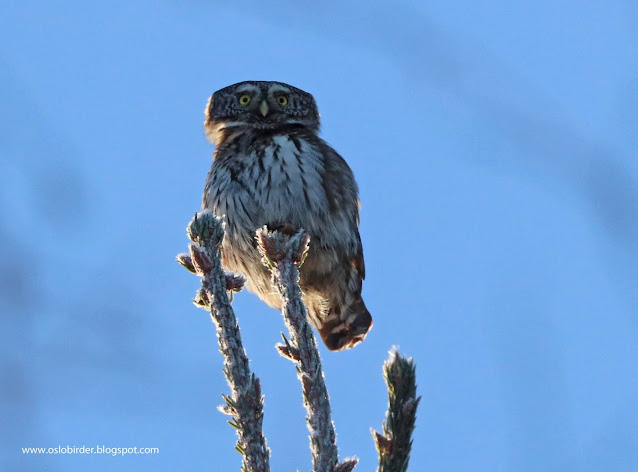 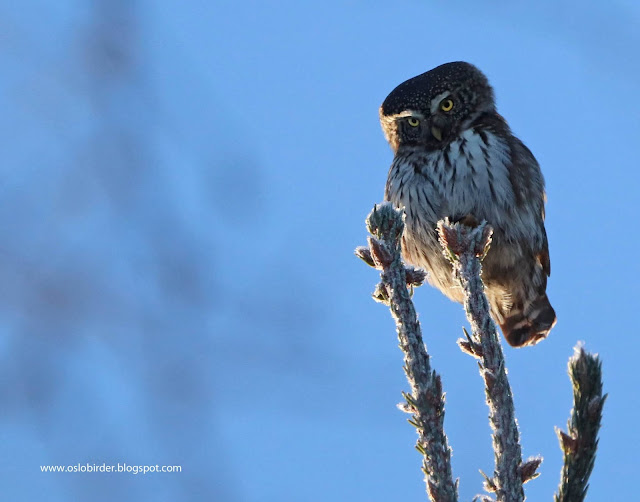 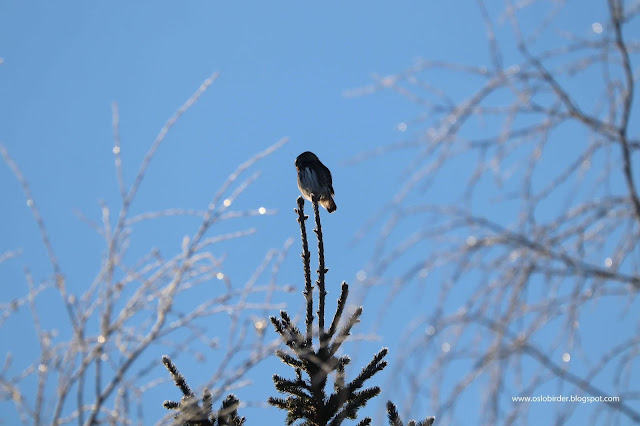 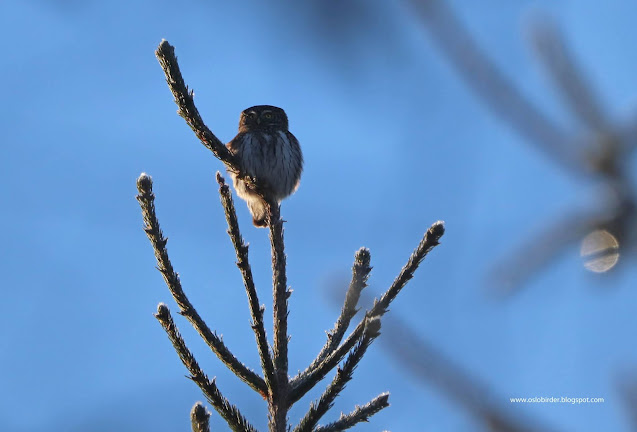 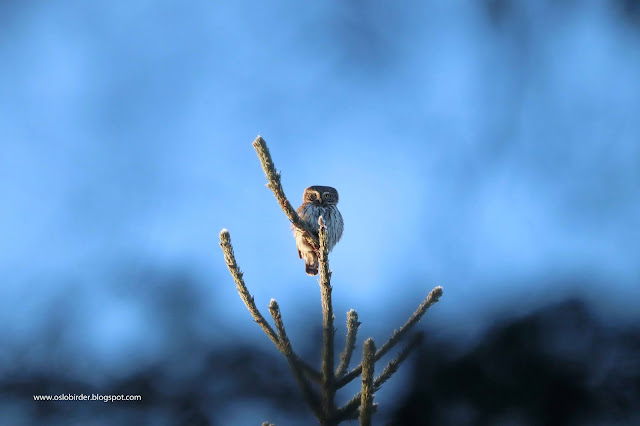 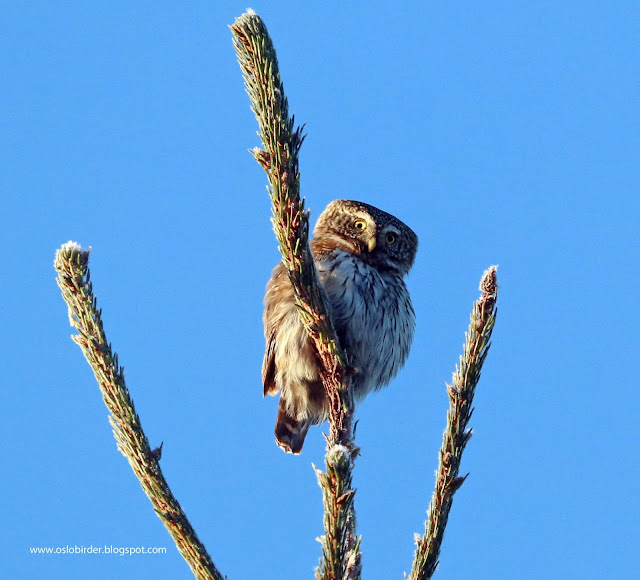 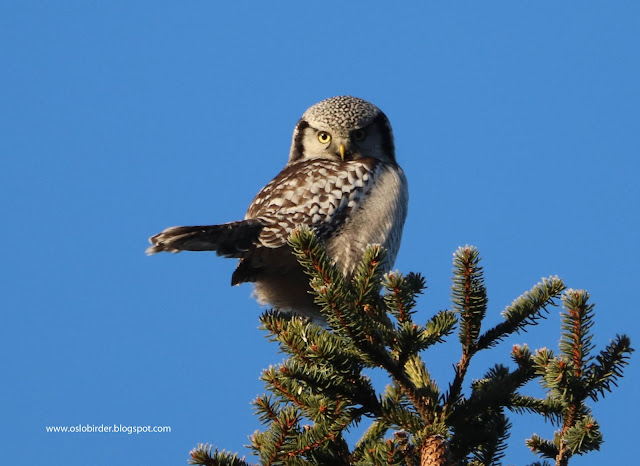 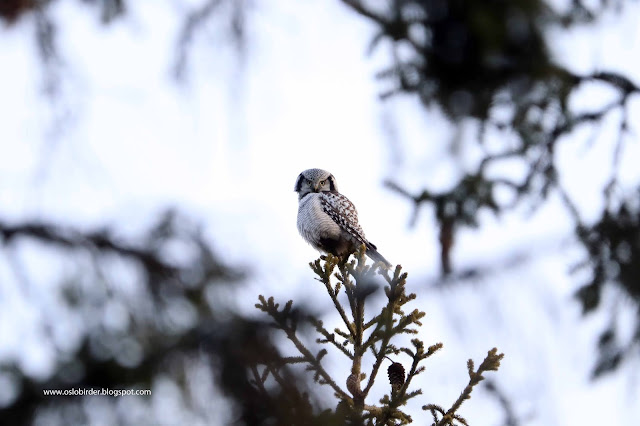 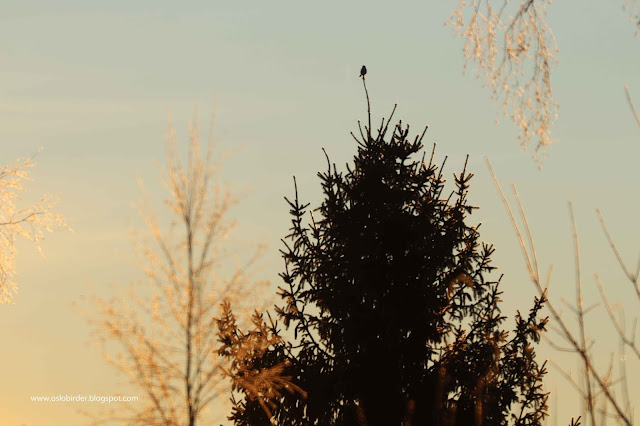 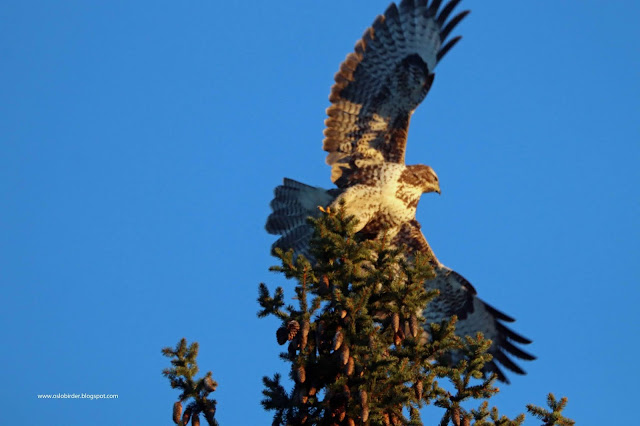