When I was on Røst in September the conversation one evening was around how many species of phyllosc warbler each of us had seen in Norway. This conversation was sparked by Norway’s second Two-barred Greenish Warbler which had been on Røst just before I arrived and which the other two had seen. I can’t remember exactly what the other two had seen (was I think a very impressive 13 and 11 species) and then when they looked at me and I sheepishly said six species I realised I had to do something about it. My Dusky Warbler in October was a good start but once November was finished I really didn’t think I would be adding any more species this year.

I visited Fornebu on Monday with the goal of seeing and taking photos of the Bearded Tits in sunshine. A good sized flock had been discovered at the weekend in a small reedbed which I was completely unaware of (despite birding at Fornebu for 20 years now) and they were still present but the cloudless sky that was forecast did not appear. I saw the birds well though and with the use of the thermal imager could see there were a minimum of 20 birds but the great photos that I was hoping for did not materialise. It was nice to spend time with them though and I was actually pretty happy with how the morning had panned out. Walking back to the car though things took a distinct turn for the (even) better.

I heard from quite a distance a loud call being repeated very regularly and immediately realised it was a phyllosc warbler but I was unsure which. On the 5 Dec and with temperatures below zero even a Chiffchaff would be very late and unlikely but that is always the default choice and they do sometimes make strange calls. As I got closer though the call became clearer and it’s similarity to Yellow-browed Warbler immediately made me suspect Hume’s Warbler. I still could not see the bird in a small copse in front of me but made sure I recorded the call - see video:

I entered the copse and immediately a Pygmy Owl flew up. This is a distinctly scarce bird at Fornebu and was my first record there. The calling continued and was so loud I initially thought it was the owl that was making it even though it was not a call I have ever heard from one before. I soon realised though that the call was coming from close behind the owl and glimpsed a warbler high up in a birch. It was clearly alarm calling due to the presence of the owl which explained why it called so frequently. I quickly forgot about the owl and tried to work out how I could best view the warbler. I could see it moving right so thought I could intercept it on the edge of the copse. When I eventually saw it in the bins the wing bar and dull browny colouration confirmed its ID and I fired off as many shots as I could.

I then decided to send out a message in our local Band group and promptly lost the bird! People came excitedly to look for it but for the next 2 and a half hours there was not sight nor sound of it. People began losing interest and drifting off and I also started heading towards the car. I first needed to take a leak though and guess what? – whilst I was occupied with other things I noticed a small bird flitting in the canopy. Zip up, bins up and there it was! New message and quite quickly all remaining birders were able to connect. Proverbial high fives all round 😊

This morning the sun did shine so I thought I would try Fornebu again although with temperatures at home falling to -9C overnight I did not expect the warbler to still be present (alive). When I arrived at 09:50 the sun was shining nicely against the edge of the copse where the bird was yesterday so I thought I’d give it a go. I was surprised there were no other birders present but two turned up fairly soon after me and we spread out a bit to look and listen. After half an hour bingo! I heard its distinctive call and after a few minutes we saw it and it was then on show on and off until early afternoon and probably around 30 birds connected with it. Blackcap and a tristis Chiffchaff were also seen (the later causing a few problems..) and three species of warbler together in Norway in December is perhaps a unique event.

This is only the second record ever for south east Norway although the species is seen annually along the west coast. I now have eight species of phyllosc in Norway 😊 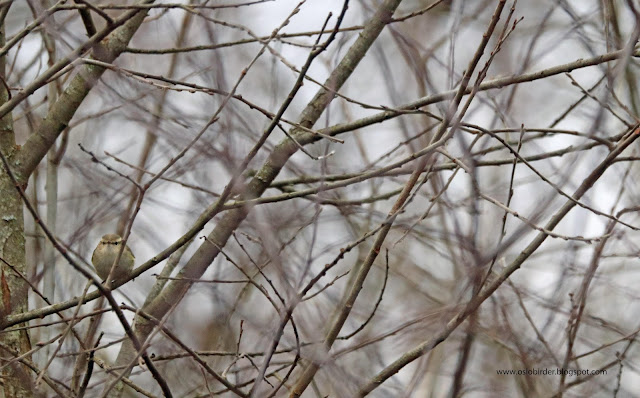 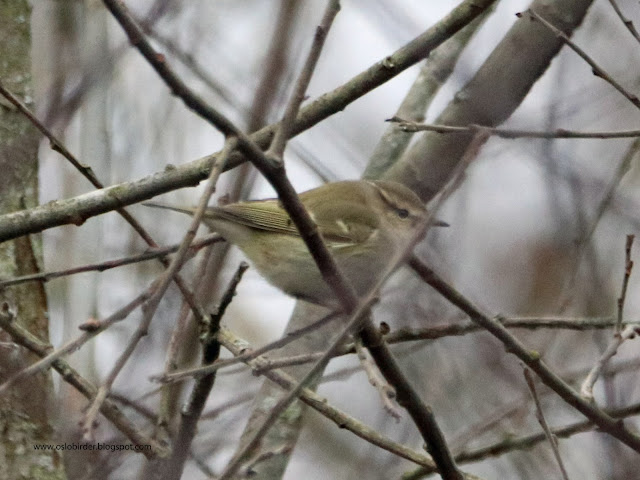 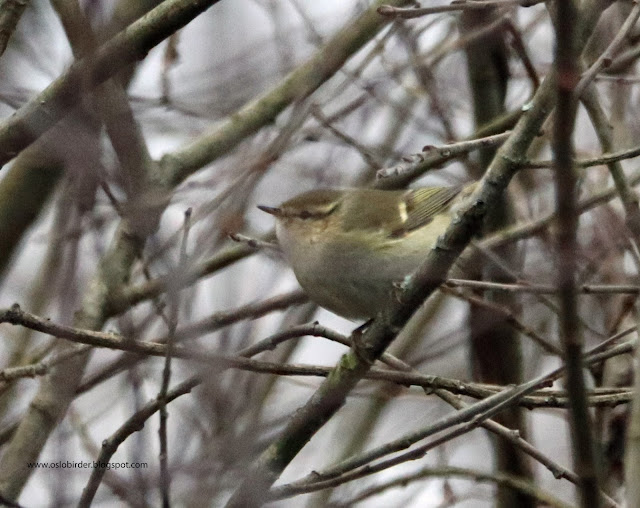 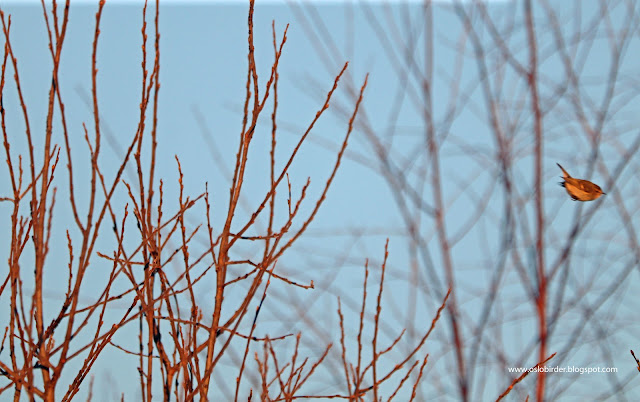 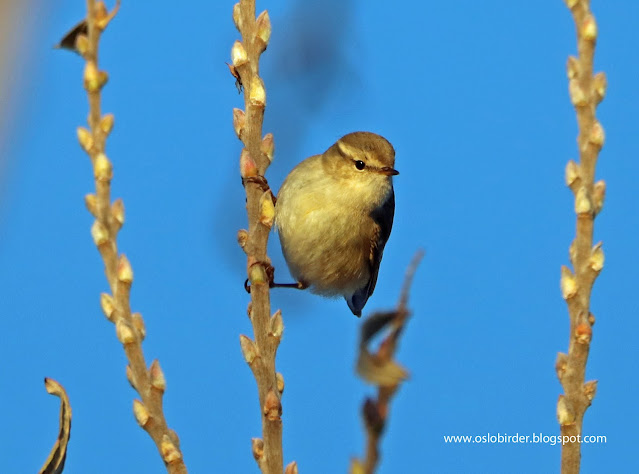 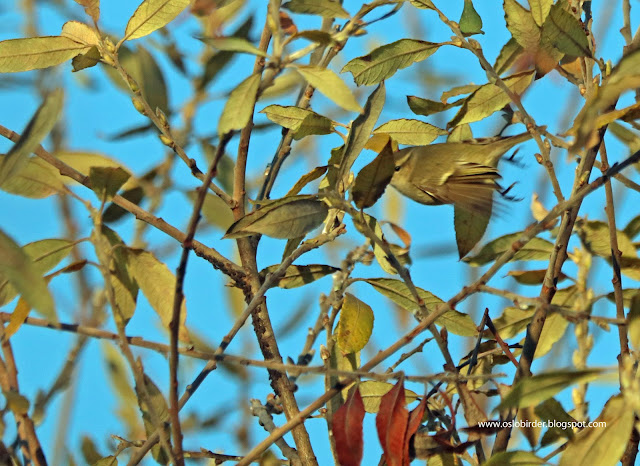 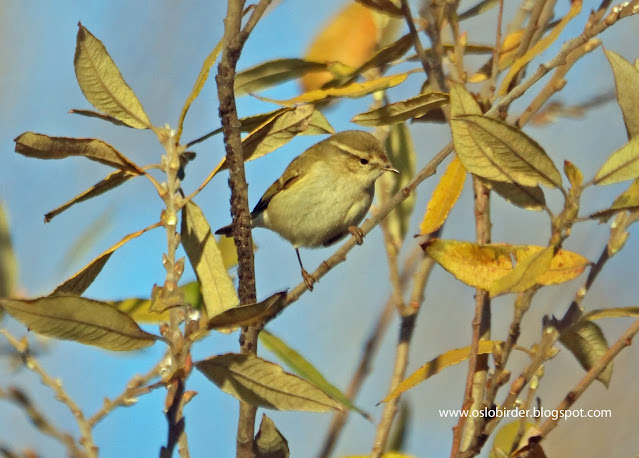 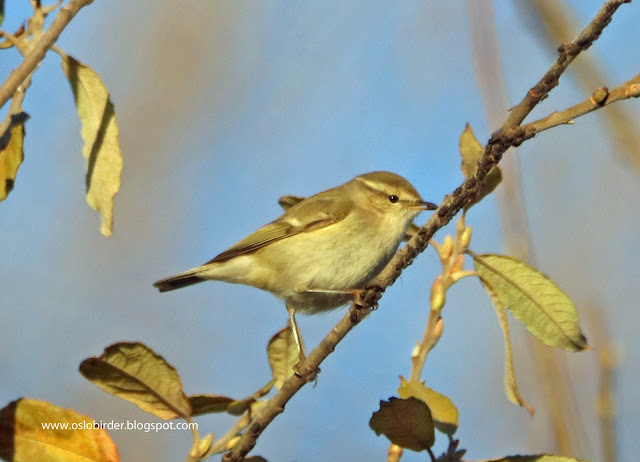 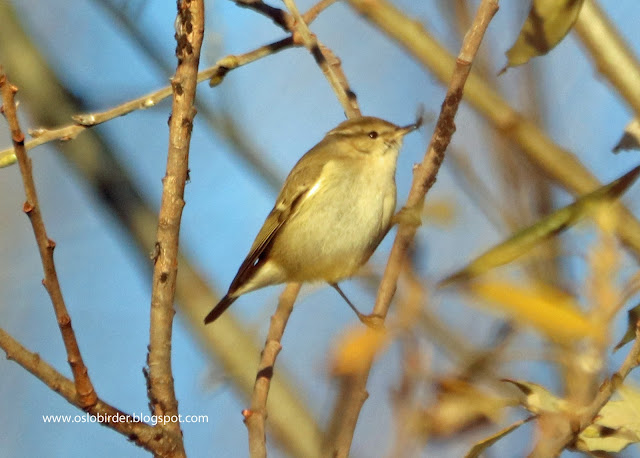 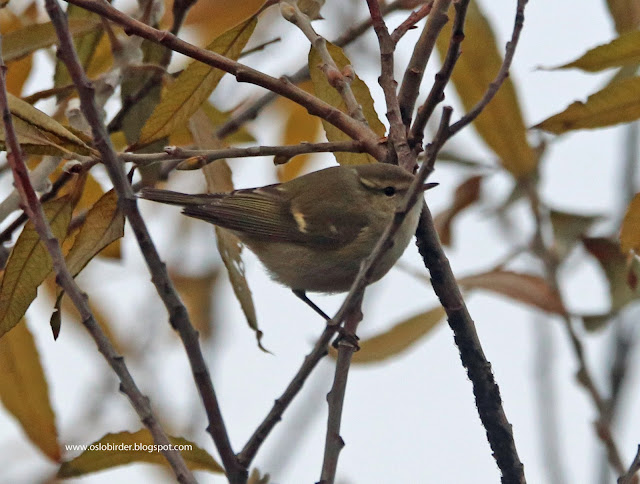 And the Bearded Tits 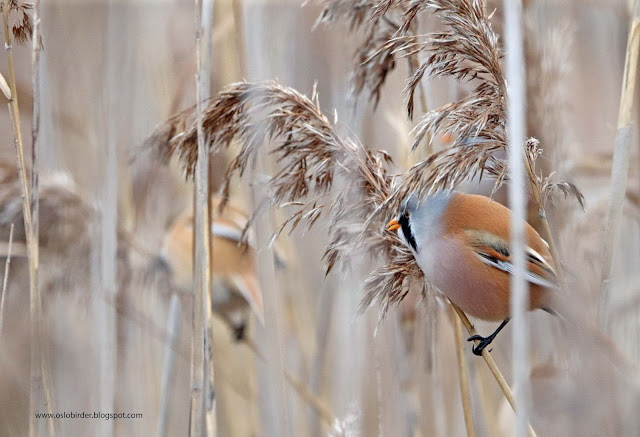 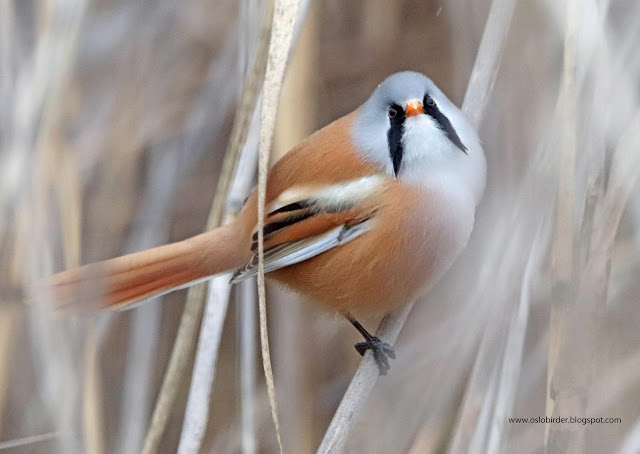 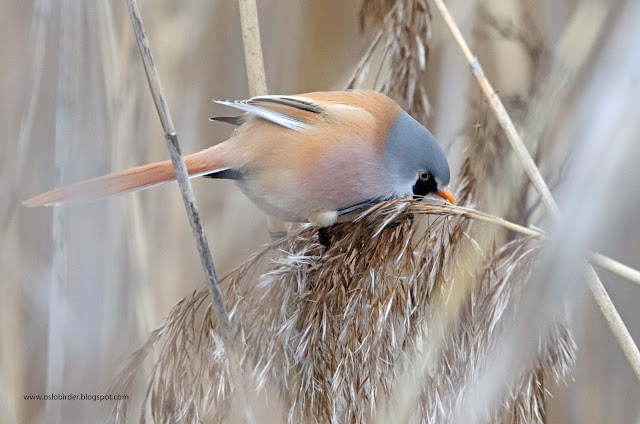 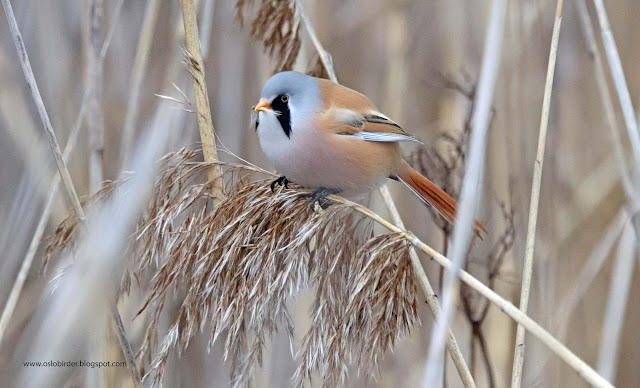 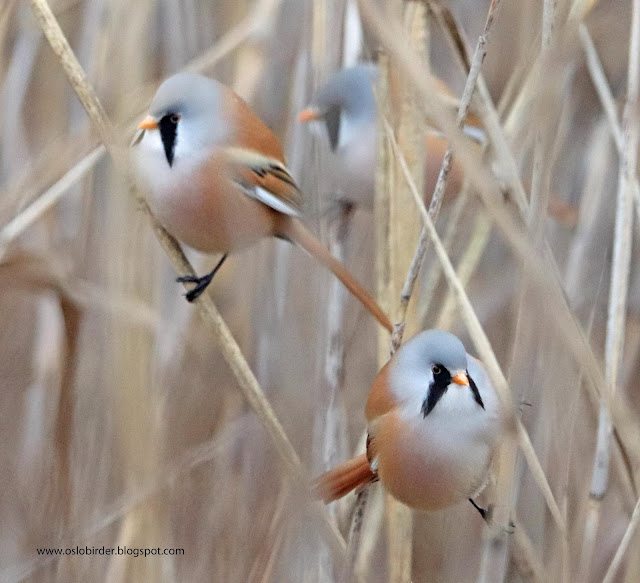