Further visits to my newly found polluted ditch (it smells!) have meant the books have had to be rewritten. On Monday there were four!! Jack Snipe all within 200m of each other as well as two Common Snipe and a Water Rail. The four Jacks more than doubles the number of winter records for the species in Oslo EVER and with only 7 previous winter records of Common Snipe then these two are also very significant. The highest winter count I can find for Jack Snipe ANYWHERE in Norway is of 6 birds and of only about 13 other counts of 4 or more birds are only 2 of these from inland localities so this is a significant observation!

I cannot believe that this ditch has enough food to sustain this many birds through the entire winter but we are now forecast some milder and wetter weather which will make more areas available to the snipe again for at least for a few days.

None of the Jack Snipe flew up which gave me a good conscience although one of the two Common Snipe did but it landed close by. The other Common Snipe did not fly up despite me discovering it at quite close range which is also a sign of how tough things are for them right now.

They really are not easy birds to find! I spotted the first 2 Jack Snipe on my first walk of the ditch but it wasn’t until my fourth check that the other two revealed themselves just 5 metres from each other. Once you get your eye in though it does become marginally easier.

I have, for a while, been hoping to show Jack D a Jack Snipe as I knew it would be a lifer and in my mind there was going to be a multitude of amusing word plays that would make for a witty blog post. I had messaged him on Sunday when I found the first bird but he was birding the islands and unable to come down. On Tuesday we were able to go looking though and so it was that Jack did see Jack for the first time and likewise Jack also saw Jack for what I imagine was also the first time although of course Jack may have previously been espied by plenty of Jacks without ever knowing. Jack commented on how difficult Jack was to find whilst Jack wasn’t able to convey his (or her) experience of Jack although it looked he was pretending it wasn’t happening (wasn't quite as funny as I had hoped 😅)

The change in the weather had caused more water to run in the stream which I think made it less suitable for the snipe but there were clearly other marshy areas where the snow had melted which could now be exploited so all in all the warmer weather must be good for the birds and their chances of surviving. We found two Jack Snipe and a single Common Snipe and one of the Jacks gave a stellar performance. We discovered it fairly easily and in typical fashion it tried to hide from us by freezing in place. When we checked on it later were could see it had moved a bit so was clearly being active when it felt safe. We therefore needed to be able to observe it without it realising it. Easier said than done but we found a watchpoint at some distance that just about allowed us to see the bird. He did detect us which resulted in him standing completely still but he hadn’t crouched down and it only took a couple of minutes before he started bobbing and we then witnessed a great show as he started bobbing and walking at the same time. It would have been a great thing to record on video but this time it just had to be experienced through the bins but will doubtless be reminisced upon next time Jack and I meet.

I'll start with images of the Common Snipe 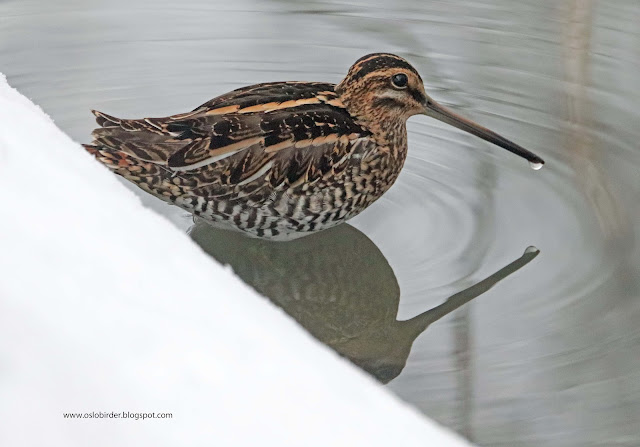 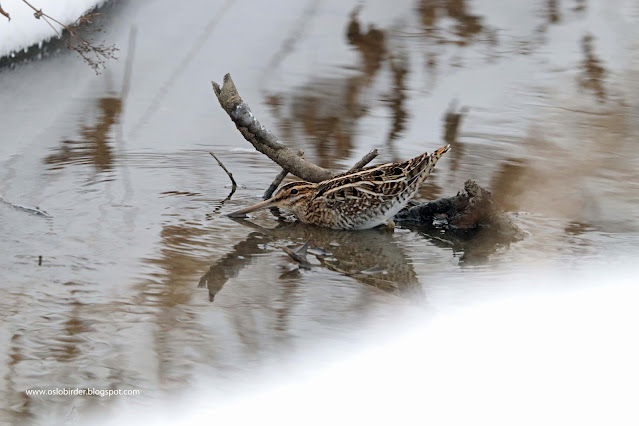 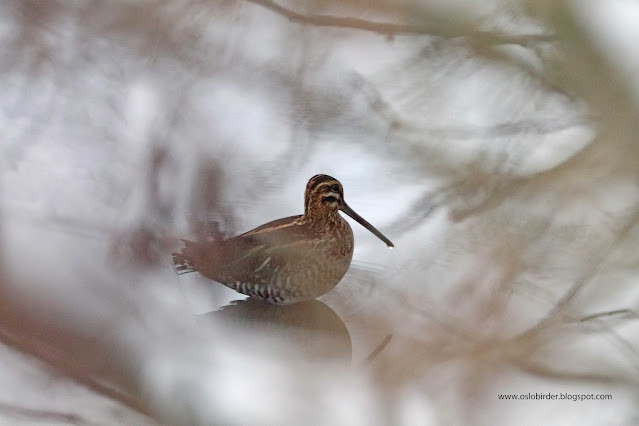 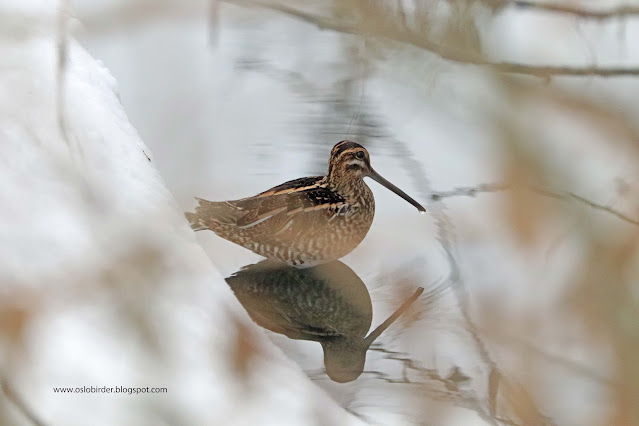 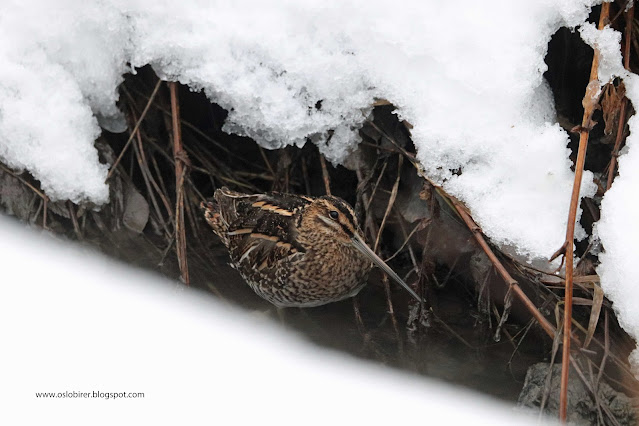 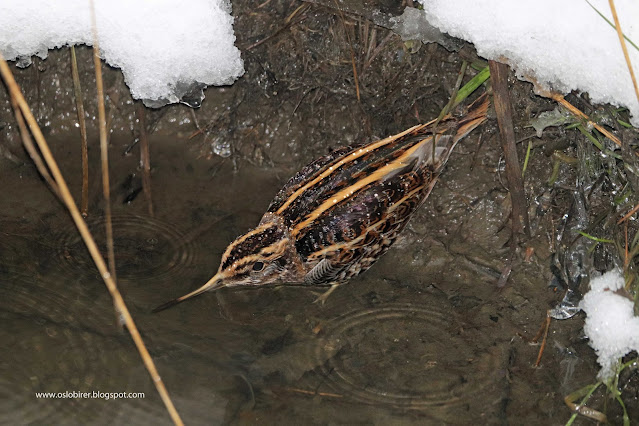 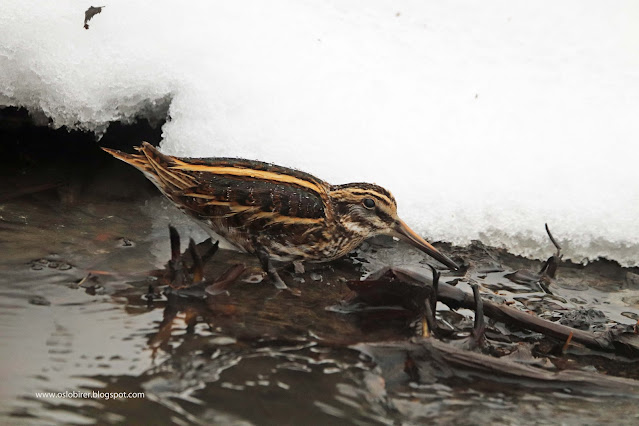 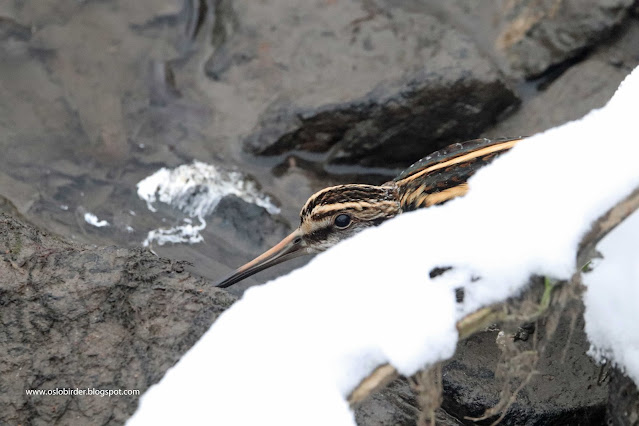 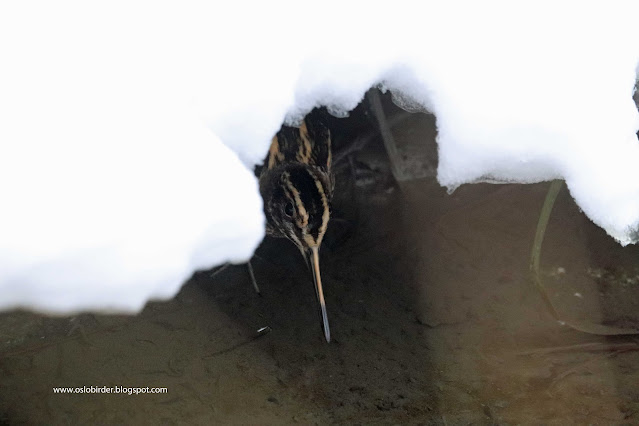