I decided to keep things local and low tempo today. I started in Maridalen where there were clear blue skies but a strong SW wind. This had clearly caused an exodus of thrushes and there were far fewer on the fields. I had hoped for some viz mig today but the passerines were presumably flying too fast with the headwind and too high for me to see them and there was no goose or raptor migration either. This didn’t stop new birds turning up though. I had a number of Oslo and Maridalen year ticks with singing Willow Warbler (løvsanger) and Chiffchaff (gransanger), two Wheatears (steinskvett), Linnet (tornirisk), Tree Pipit (trepiplerke) and a Black-throated Diver (storlom) that circled the area of open water at Hammeren a couple of times before deciding it wasn’t large enough yet and headed back out towards the fjord where it will presumably wait another day or so. An Osprey tried hunting over the same area of open water but I didn’t see it plunge.

Bird of the day was a Golden Eagle. It was at quite some range but I immediately had a Golden Eagle feel to it with long wings but I could see no obvious colouring on it and also needed something to confirm size. When a small raptor (probably a Kestrel) came and mobbed it the size difference was obvious so see and ID as Golden Eagle confirmed.

I searched a bit for the Grey-headed Woodpecker (gråspett) that has now been reported twice from the same place near Nes. I have only heard the species singing once before but have listened a lot to recordings and to my (poor) ear it is very like Green Woodpecker (grønnspett) such that I wouldn’t dare to claim one just on the call. I heard a Grey-headed/Green calling from exactly the right spot and went to investigate. To my ears it sounded exactly like the Green Woodpeckers I am used to hearing but I wanted to see it to be sure. I played the call of Grey-headed and got an immediate response. Now it was get interesting.... but it really did sound like a Green. I managed to find it and indeed it was a Green. Disappointing that I didn’t find the Grey-headed but heartening to know that it is not only me that thinks the two species sound similar – Green Woodpeckers clearly also get confused!

The male and female Kestrel (tårnfalk) were both hunting but I did not see them together and saw no more sign that they are thinking of breeding. At Fornebu which I visited in the afternoon the Kestrel pair seem to be well on their way with breeding with the male sitting quietly by the nest box where I assume the female is already sitting on eggs although I didn’t see her.

At Fornebu the strong wind made viewing difficult but I had my first Wheatears of the spring here, a Swallow (låvesvale), Osprey and a pair of Little Ringed Plovers in the same place as on Sunday. I used some time to get good pictures including crawling on my belly and was quite pleased with the results. 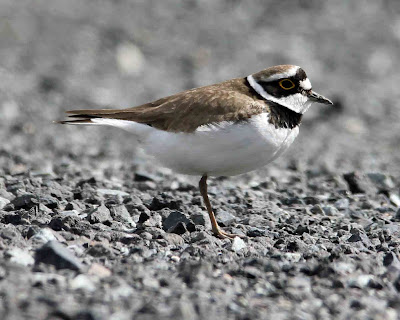 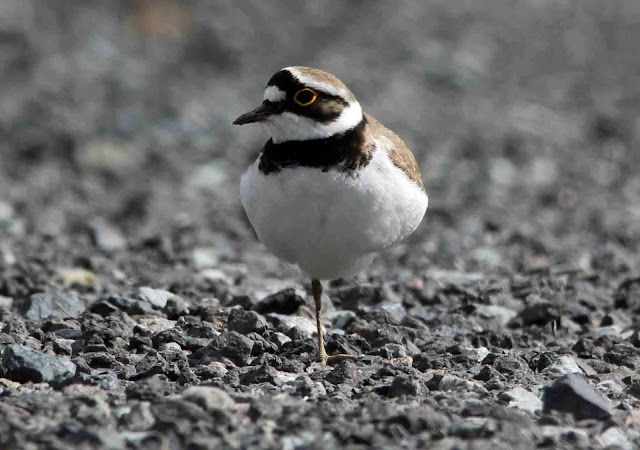