I’ll start with a post on the Hazel Hen so as to avoid an overload of Grosbeak pictures (plus the fact I have over 1000 pictures still to go through). I still had over 700 pictures to go through of the grouse so it has taken a while but I am pretty happy with the best ones although some of the images that I had remembered taking and hoped would turned out really well ended up being out of focus.

The video which was handheld at 600mm has turned out surprisingly well and shows the bird singing. Its posture reminds me of a leking Great Snipe.

I've chosen to post quite a few pictures but I hope you will indulge me. 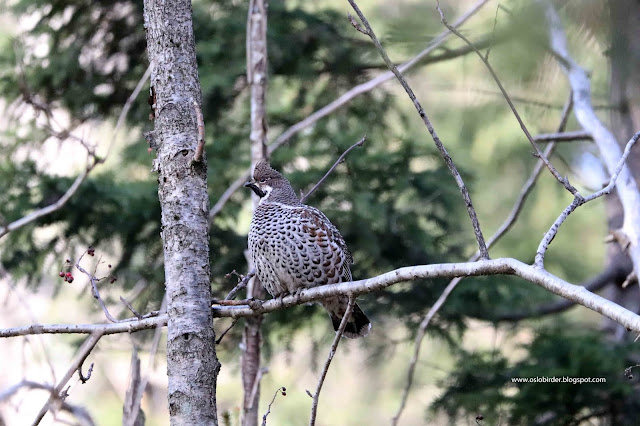 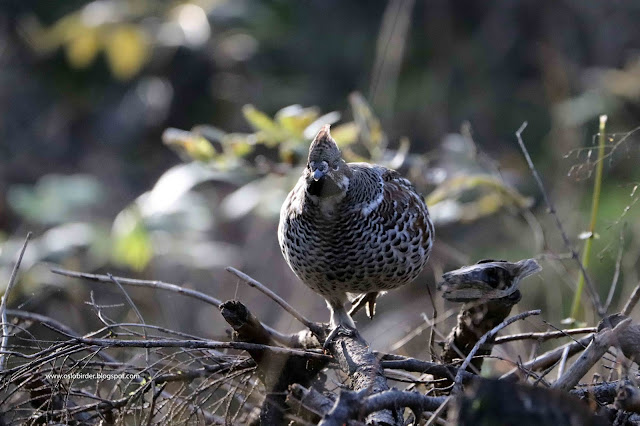 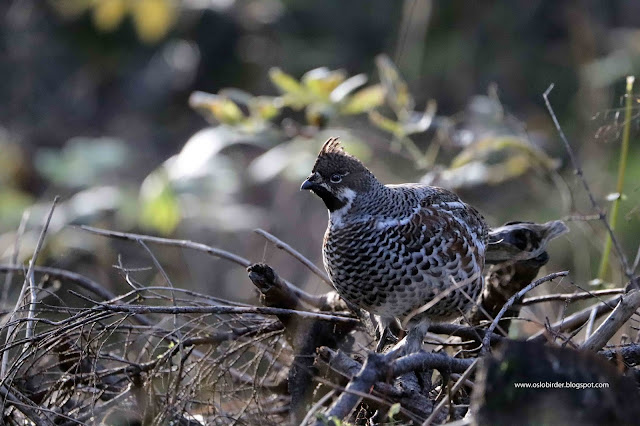 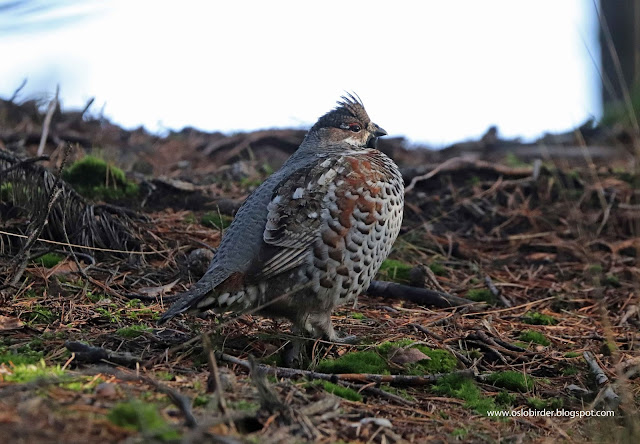 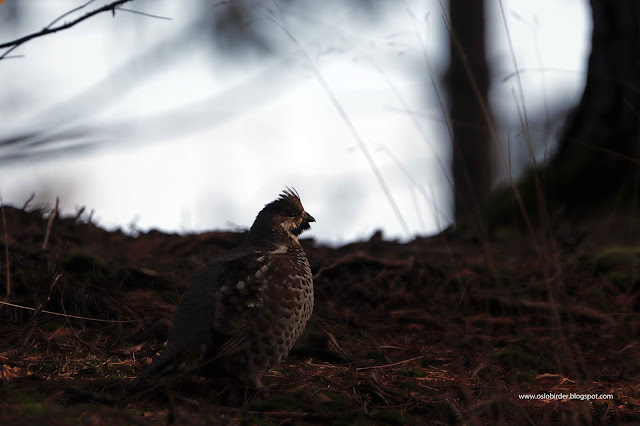 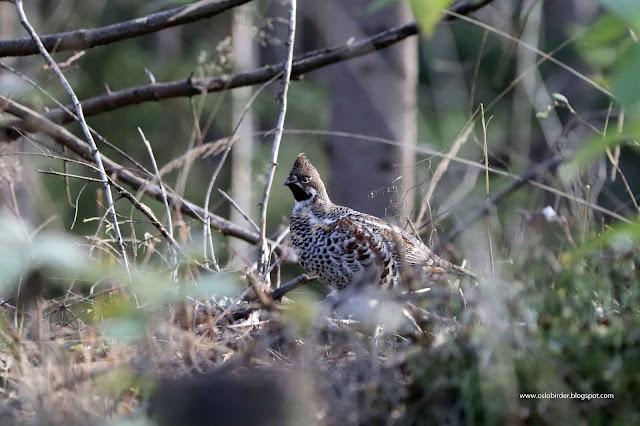 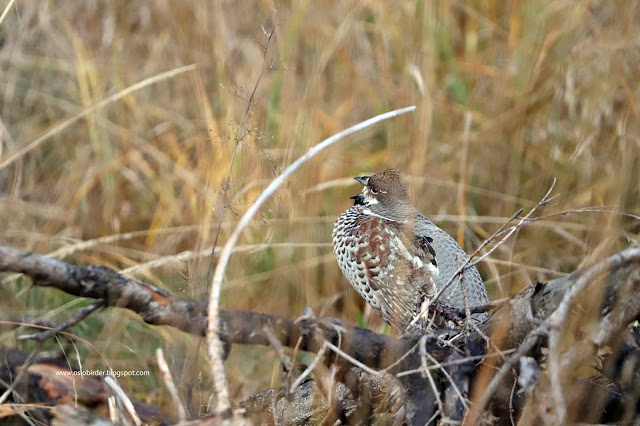 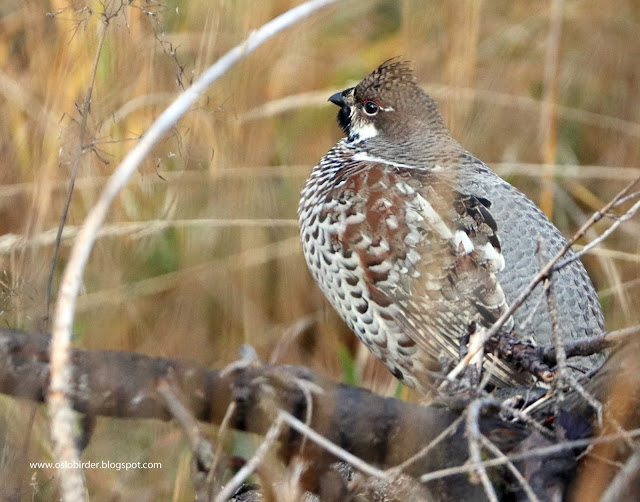 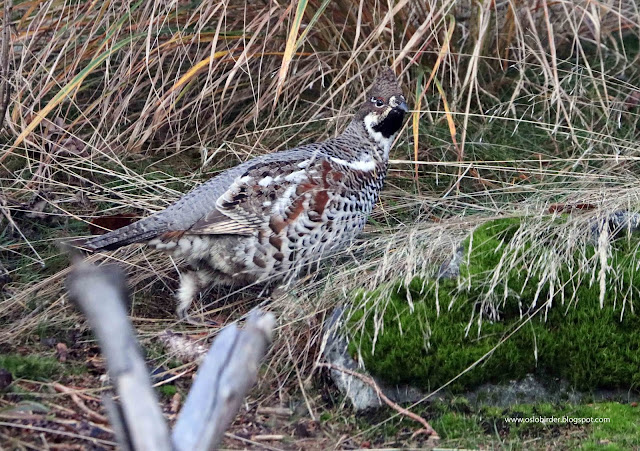 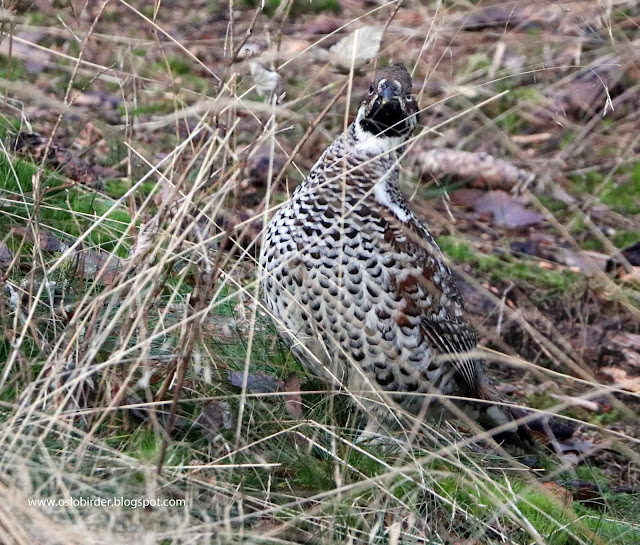 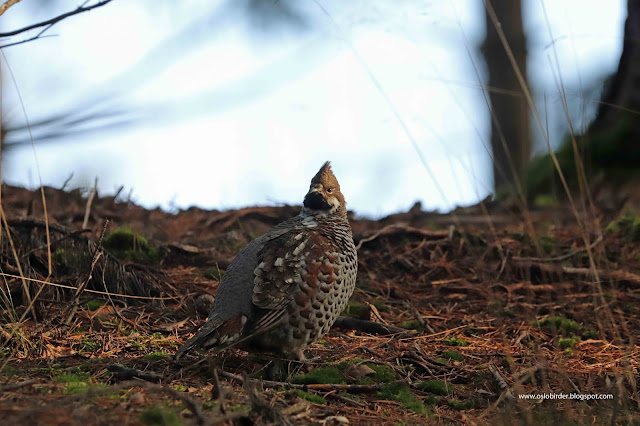 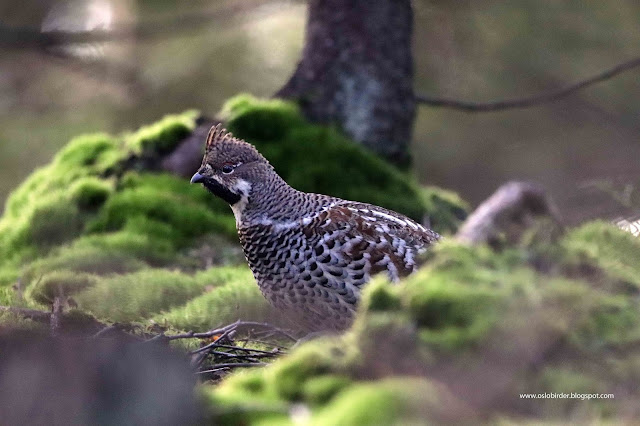 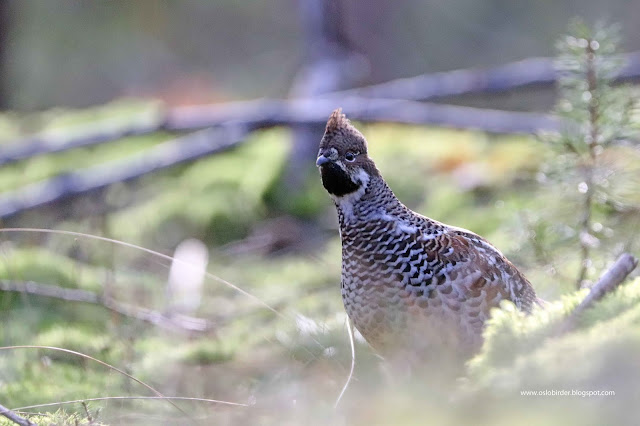 Way too much action!

Quite a lot has happened since Sunday with two absolute highlights that involved so much boot filling that I have over 1700 pictures and loads of video to go through. This blog post will therefore only show a couple of pictures of these highlights whilst I find the time to work through the gigabytes of hopefully award winning 😉 images on my hard drive.

The last two days have, of course, been about yet more searching for the taiga specialities and the weather has been perfect for it: overnight frosts, no wind and sunny skies.

Yesterday I slogged around in the forest and was rewarded with a minimum of three male Two-barred Crossbills as well as Parrot and Common Crossbills and 5 Pine Grosbeaks including a male which showed well if only briefly. The absolute highlight of yesterday though was prolonged and point-blank views of a male Hazel Grouse. I was able to sit down and have it feeding and singing around me seemingly unaffected by my presence. It was the sort of privileged experience that the bird gods only rarely bless people with 😊

Today, I was out with Anders and we hoped to repeat yesterdays success. This was not to be but Stig Mr.Grosbeak Kalvatn sent me a message that he had had a flock of 16! Grosbeaks feeding by his house when he walked the dog this morning. Anders and I cut short our forest endeavors with just Common Crossbill to reports and headed for Stigs hood. After a bit of searching we found them in exactly the same berry tree (similar to Rowan but some other species) and then filled our boots for a whole two hours. We “only” had 9 birds but these included 2 red males who initially were not photogenic although eventually showed well. The lighting was difficult but has I hope resulted in some interesting pictures and we were able to watch the birds at around 5 meters range. Pine Grosbeaks are now turning up in record numbers in southern Norway and with there still being lots of berries in suburban Oslo I am sure that the winter will offer many more experiences like this although I will have to limit the number of photos I take next time.

First a couple of pictures of each of the highlights (hopefully better to come): 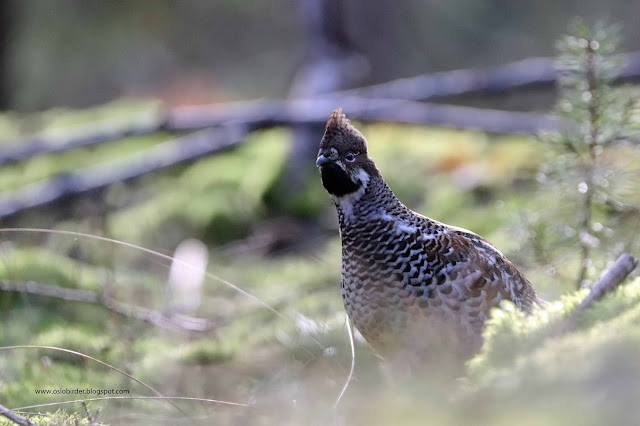 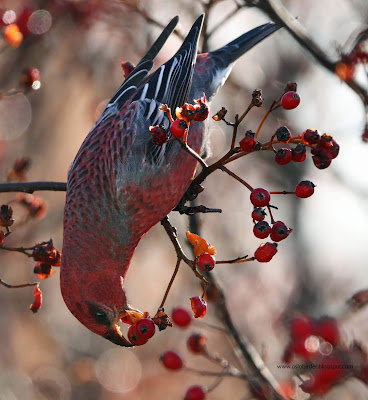 And now, the also rans.. 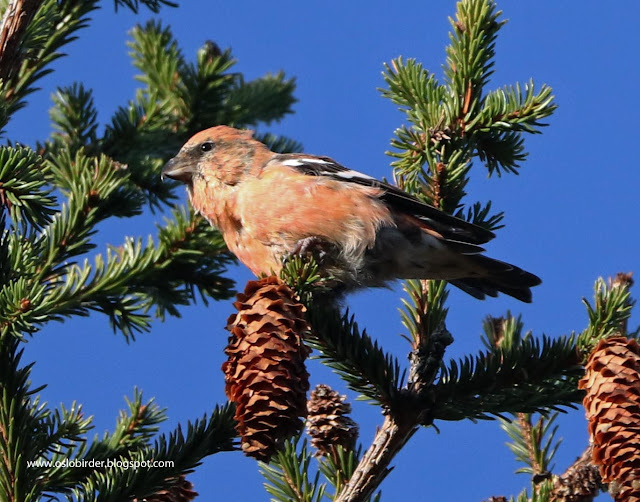 The need to walk both Mrs OB and the Beast (never to be confused with each other 😉 ) has seen nice walks in the forest both days this weekend and it has been a win, win, win situation. Lots of walking has been put under the belt and the alpha male in the pack (that still being me although I believe my days are numbered…) has had some good taiga birding as a welcome bonus.

Yesterday I had distant views of Pine Grosbeaks but excellent views of a male Two-barred Crossbill and today I had point blank views of a Pine Grosbeak. Today’s experience was rather comical. I discovered the bird and took photos of it whilst the rest of the pack continued walking. Knowing that I shouldn’t push my luck I only gave my self 5 minutes with the bird before hurrying on. I wanted to send out a message about the bird but couldn’t find my phone! I knew I had my phone whilst watching the bird so went back to the area where Piney was still gorging itself on rowan berries. I searched and searched but couldn’t find it. All this time the bird was feeding just above my head and if I had had my phone I could have taken a selfie with it at about 1 meters range! I stopped a passing man and asked him to phone my phone but as suspected I had the sound turned off so that didn’t help… After half an hour a couple passed and I asked if I could borrow a phone to call the missus. As suspected she was not happy but was more worried than anything as by this stage as she had tried in vain to call me many times…. After agreeing that the pack would come back to me I then found the phone (and all the missed calls and messages) and was able to rush up to them.

A good walk ensued after that and we all laughed at what an idiot I was… and I couldn’t agree more. But the photos have turned out very nicely 😊 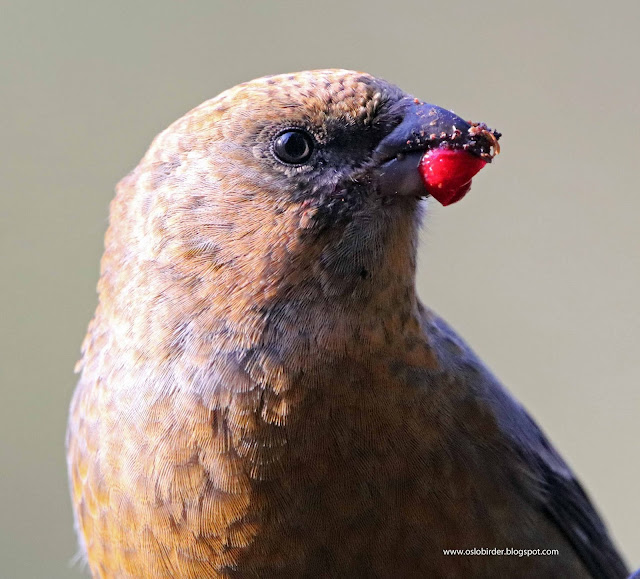 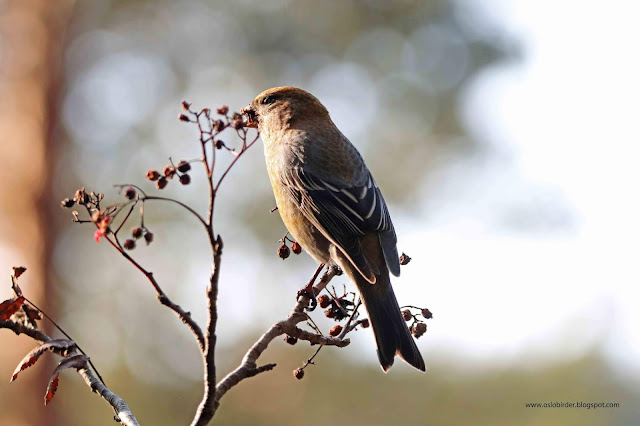 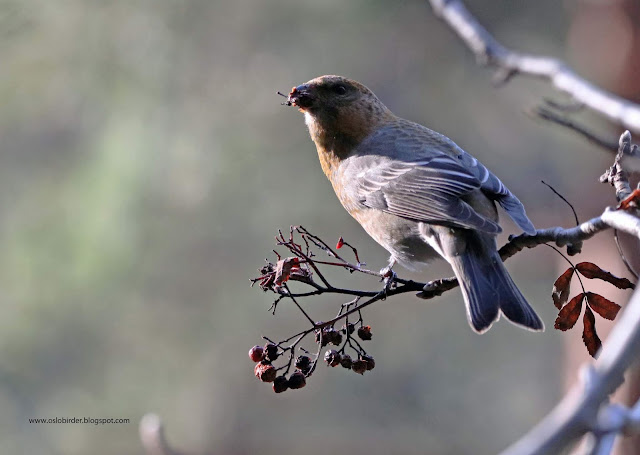 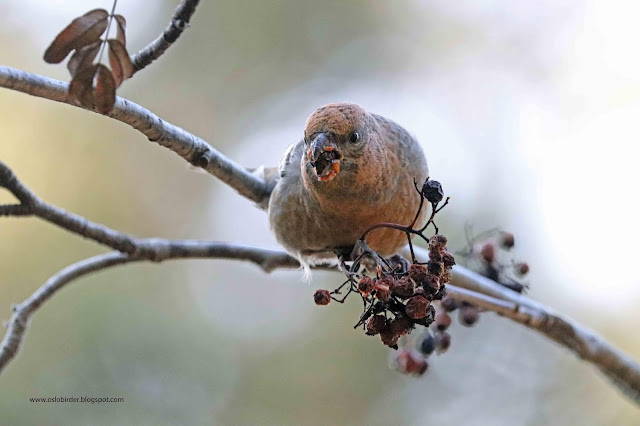 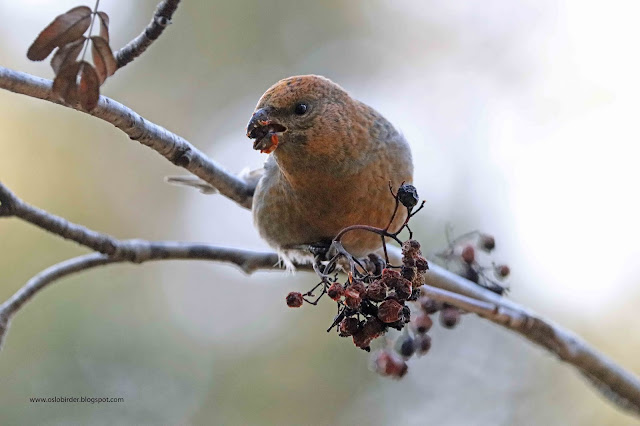 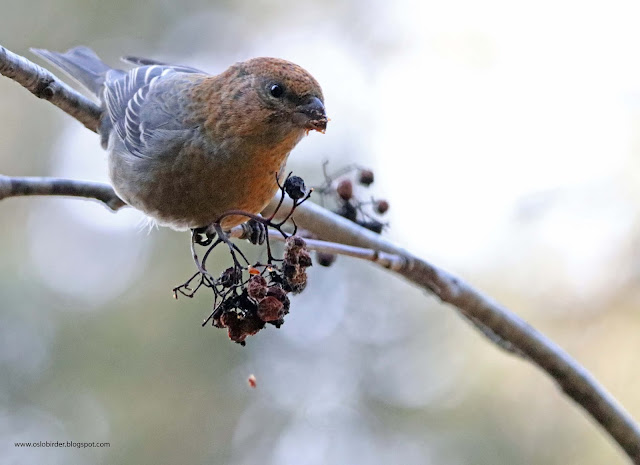 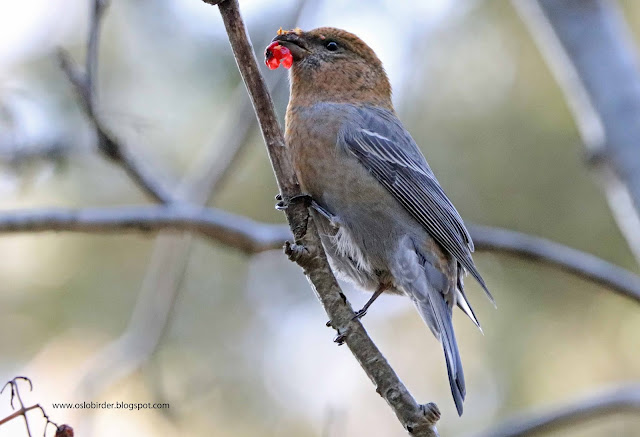