It’s been a long time coming but FINALLY I got to see Pine Grosbeaks eating rowan berries. The classic picture of a Pine Grosbeak is of one gorging on these berries but all the ones I have seen in winter have been eating the shoots of spruce trees which is their staple diet. They are a very tame species but when feeding in spruce trees they are normally really high up in a tall tree so there is a clear benefit in finding one feeding in a low rowan tree.

Numbers from Sweden including over 600 seen migrating at one site in the south show that there is an invasion of the species into southern Scandinavia even if there are no Norwegian records yet (other than mine) to back this up YET. But it does definitely look like we will be in for a bumper year for this species and with there still being an abundance of rowan berries in suburban areas then it could all get a bit fill your boots time.

It was sunny, but a bit windy, today but I decided to give the forest a go again. I had the beast in tow and had intended to go for a long walk and hopefully he would find some Capercaille or Black Grouse for me but we never got that far. No more than a minute from the car I thought I heard a Piney. It was a quiet call and I started looking at the tops of distant spruce trees but then two birds flew past me at head height! They had flown out of a rowan tree on the left of the path and into a low spruce on the right. Even the Beast seemed to understand the gravity of the situation and allowed me to take pictures and yes, to fill my boots. The birds fed on spruce shoots for a bit before returning to the rowan. There were a few trees in the area with some berries on although thrushes had stripped most of them. The Grosbeaks went methodically to work though and ate the remaining berries. They stayed in the area for at least two hours and allowed a twitch to develop with 5 other birders, 2 dogs and a couple of passers-by seeing them 😊

Both birds looked to be 1st winters with one a bit redder than the other so possibly a young male and a young female. 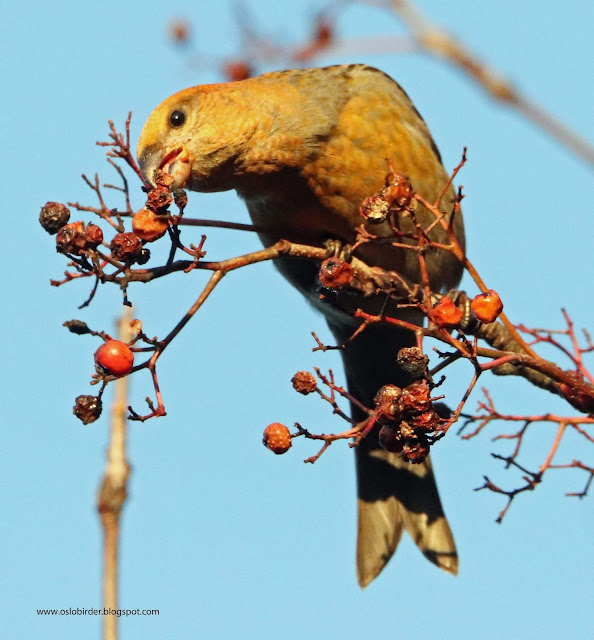 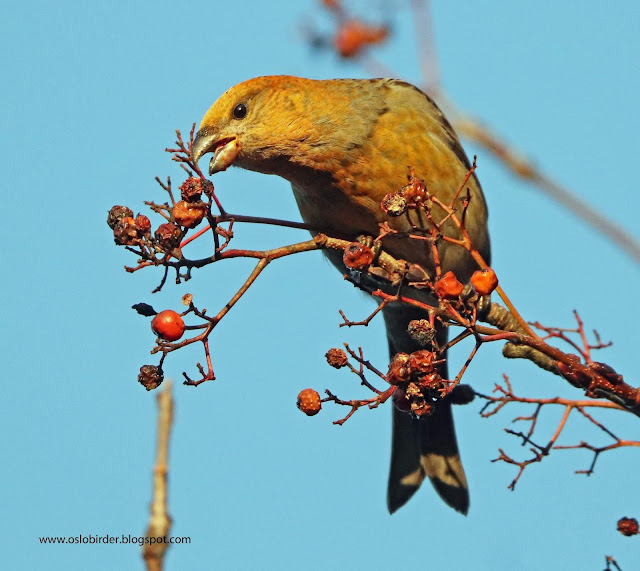 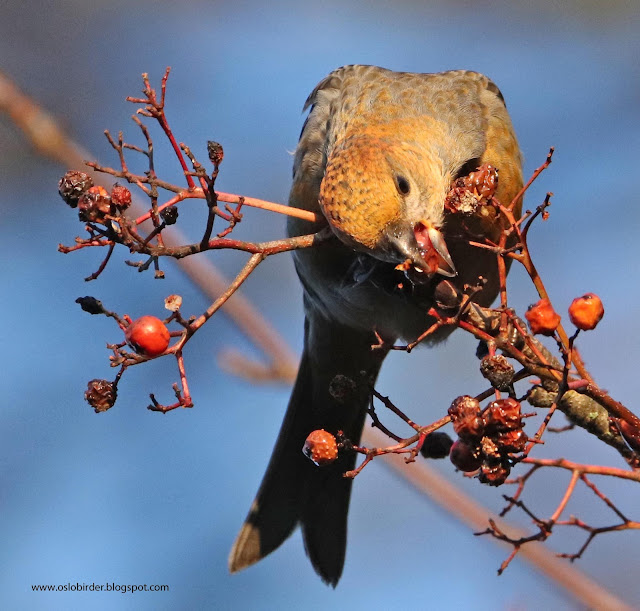 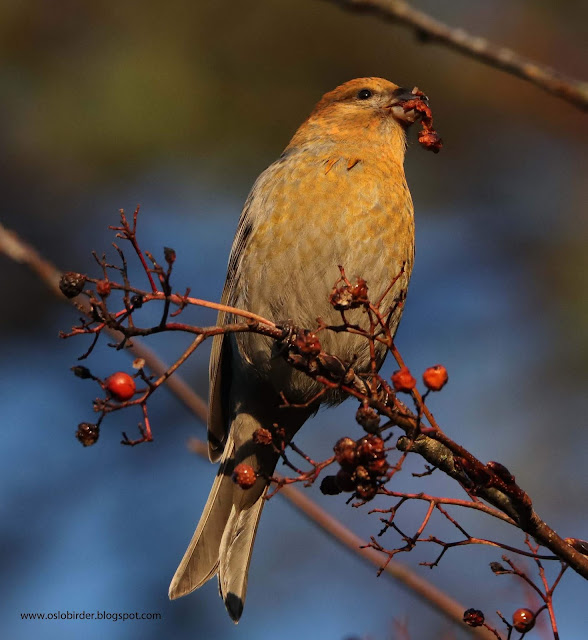 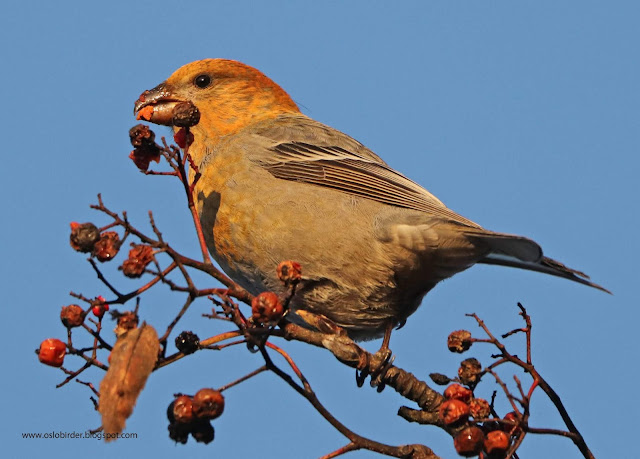 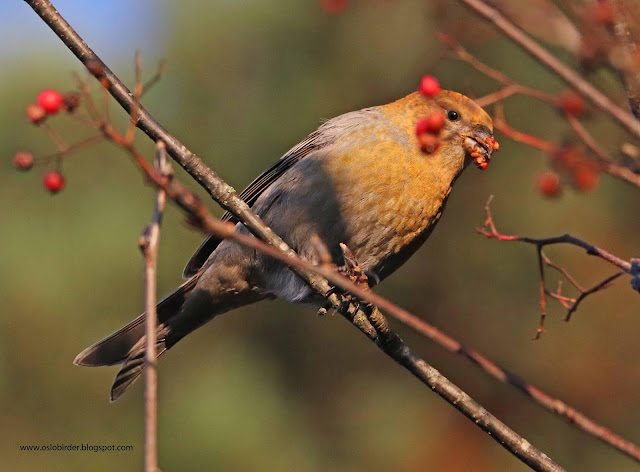 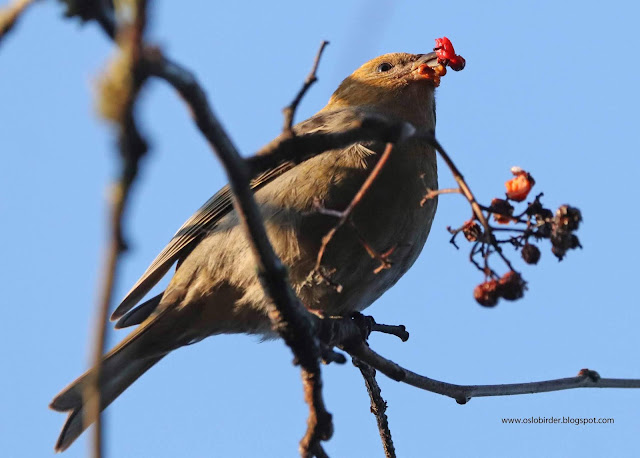 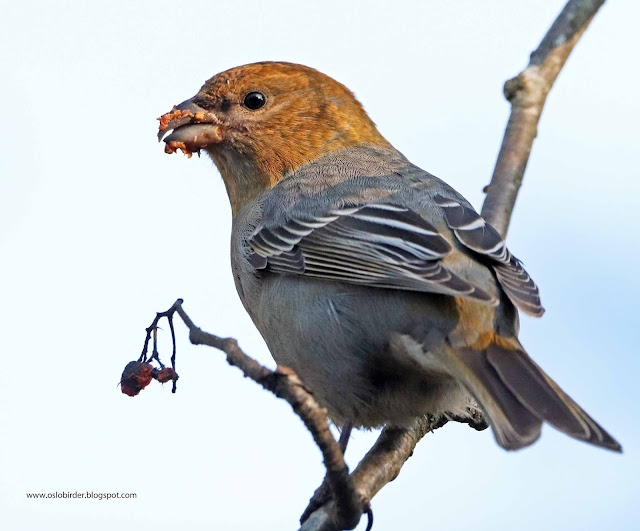 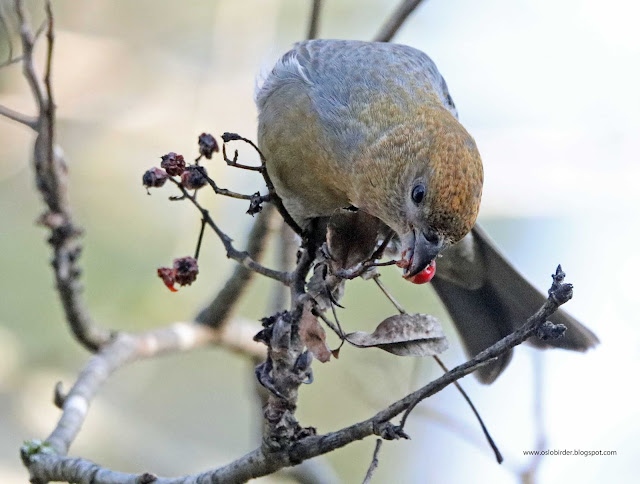 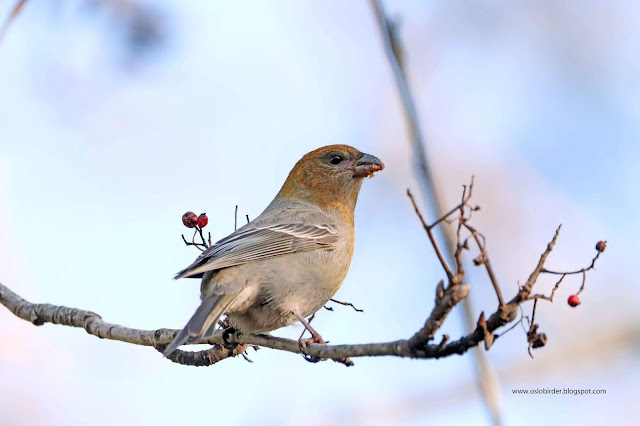 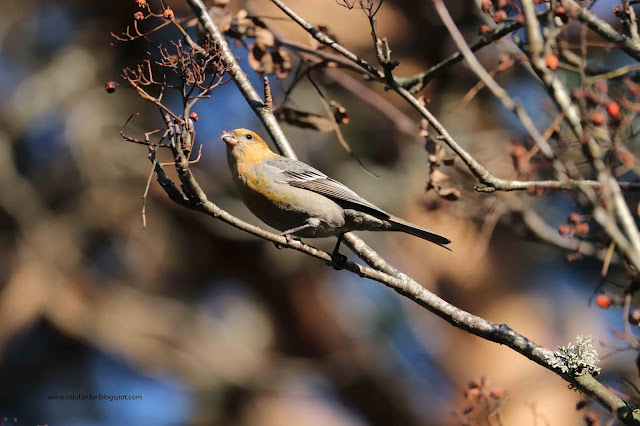 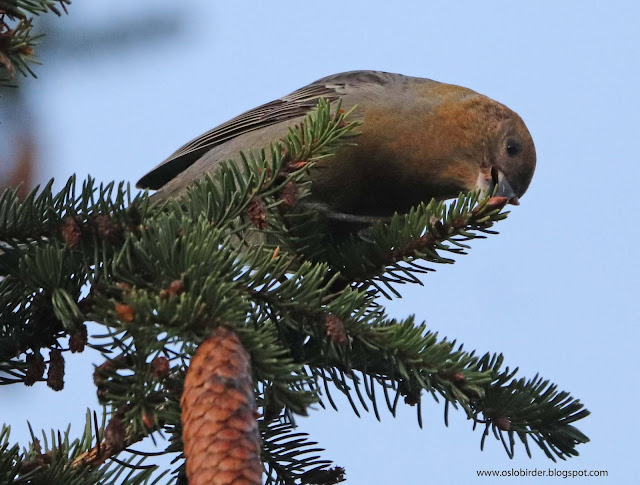 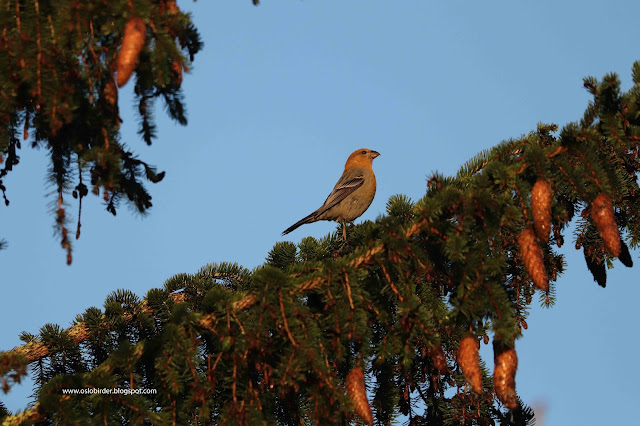 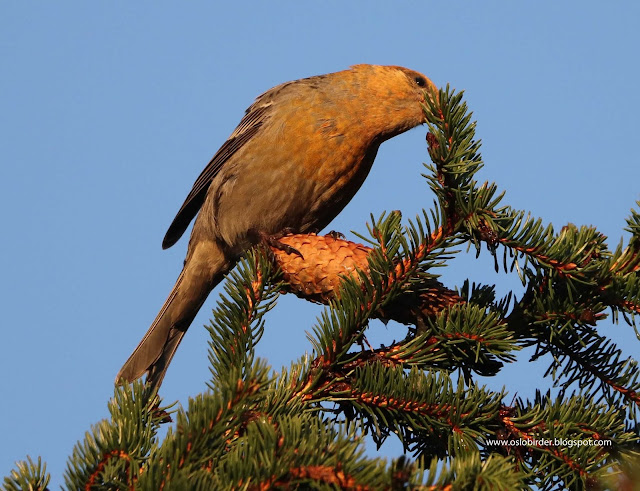