A varied and productive day

A trip to the garage put me perilously close to Frognerpark so I did what I had promised I wouldn't: I tried again for the Tawny Owl (kattugle) and this time it was perched out in the open for all to see. Result! Also a singing Stock Dove (skogdue) here - the owl tree has enough holes for both the owl, Jackdaw (kaie), Stock Dove, Nuthatch (spettmeis) and tits/Pied Fly. It should be declared a national Park!

Pleased with a good start to the day I continued over to the lakes hoping to see the Iceland Gull which is still being seen occasionally. No luck on that score but 10 Tufted Ducks (toppand) looked fabulous in the morning sun and a Moorhen (sivhøne) was a year tick. Black-headed Gulls (hettemåke) were courting on the ice and a colour ringed bird turned out to have been first ringed as an adult 12 years ago at the same site making this bird at least 15 years old.


I decided to pay visit to the Bean Goose (sædgås) staging site next. I'd had a message from Carl at WWT to say that all the satellite marked birds were now in Norway so I thought today would be a good time to count the flock. When I arrived there were some birds flying down from the fields to the river. I had at least 78 birds still on the fields (could have been more as the fields are not flat and birds may have been hidden) and when I went down to the river I counted 142 making a minimum total of 220. This is the highest number ever counted here and the flock numbered 230 in Scotland earlier in the winter so it definitely looks like the whole flock is here. I was only able to read three rings on birds on the fields: 6U, 6Y, 6Z and 3T and could see birds on the river were ringed but the distances made it impossible to read any numbers.

Quite a few other birds in the area with 90+ Whooper Swans (sangsvane), Lapwings, Teal and a Wigeon. The only other geese were 5 Canada and a single Greylag which makes it even more remarkable that the Bean Geese are so loyal to this site. Have a look at the map of the satellite marked birds and zoom in on the cluster of Norwegian plots to see how small an area they use.

Whilst counting the geese, I had first a text from Per Buertange telling me he was watching a Lesser Spotted Woodpecker (dvergspett) drumming in Maridalen and then a little later an excited phone call that he was watching a singing Grey-headed Woodpecker (gråspett). Incredible! All the possible Norwegian woodpeckers in Maridalen in the space of 5 days (there are two other species but White-backed (hvitryggspett) is no longer possible in eastern Norway and it will be a few weeks before Wrynecks (vendehals) return).

I set course for Maridalen and home. Per was still there but the woodpeckers had moved on (both appeared to be unmated males searching for mates) or shut up (early and mid morning is best for woodpeckers). Just when I arrived Per spotted the first migrating flock of Pink-footed Geese (kortnebbgås) of the spring, 100 birds, and then over the next hour-and-a-half we also had a singles of Crane (trane) and Merlin (dvergfalk) so finally some good birds on the move. A Hawfinch (kjernebiter) sang and a Snow Bunting (snøspurv) flew over so today felt like a bit of a quality day :-) 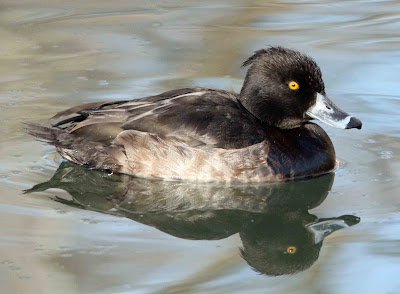 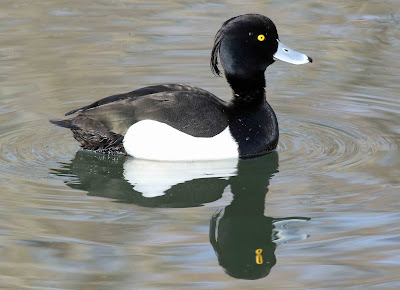 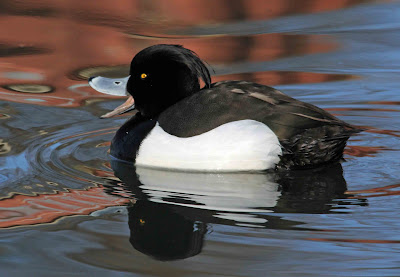