I had two birding goals for today: to find a Great Grey Shrike (varsler) which have been scarce this winter and also to find a white-winged gull of some description. I therefore chose the areas around Drøbak to the south of Oslo which held up to 3 Iceland Gulls (grønlandsmåke) a few winters ago. On the gull front I failed to impress but I had double joy with the Shrikes with different birds only 3km away from each other and which if I hadn’t seen them both within a five minute window I would have assumed to be the same bird as they can have large winter territories.


This winter is proving very poor for Crossbills (grankorsnebb) and Redpolls (gråsisik) over the whole of Norway with presumably a very poor spruce crop the reason. Siskins (grønnsisik) however seem quite common, at least around Oslo, and a flock of over 20 have made the garden home and have tripled the consumption of sunflower seed hearts in.


In Maridalen a flock of 19 Hawfinches (kjernebiter) is probably the highest number I have ever seen together and were feeding at a garden feeding station that also proved popular last winter. For me the photo opportunities from the road were poor but from inside the house they would have been superb! 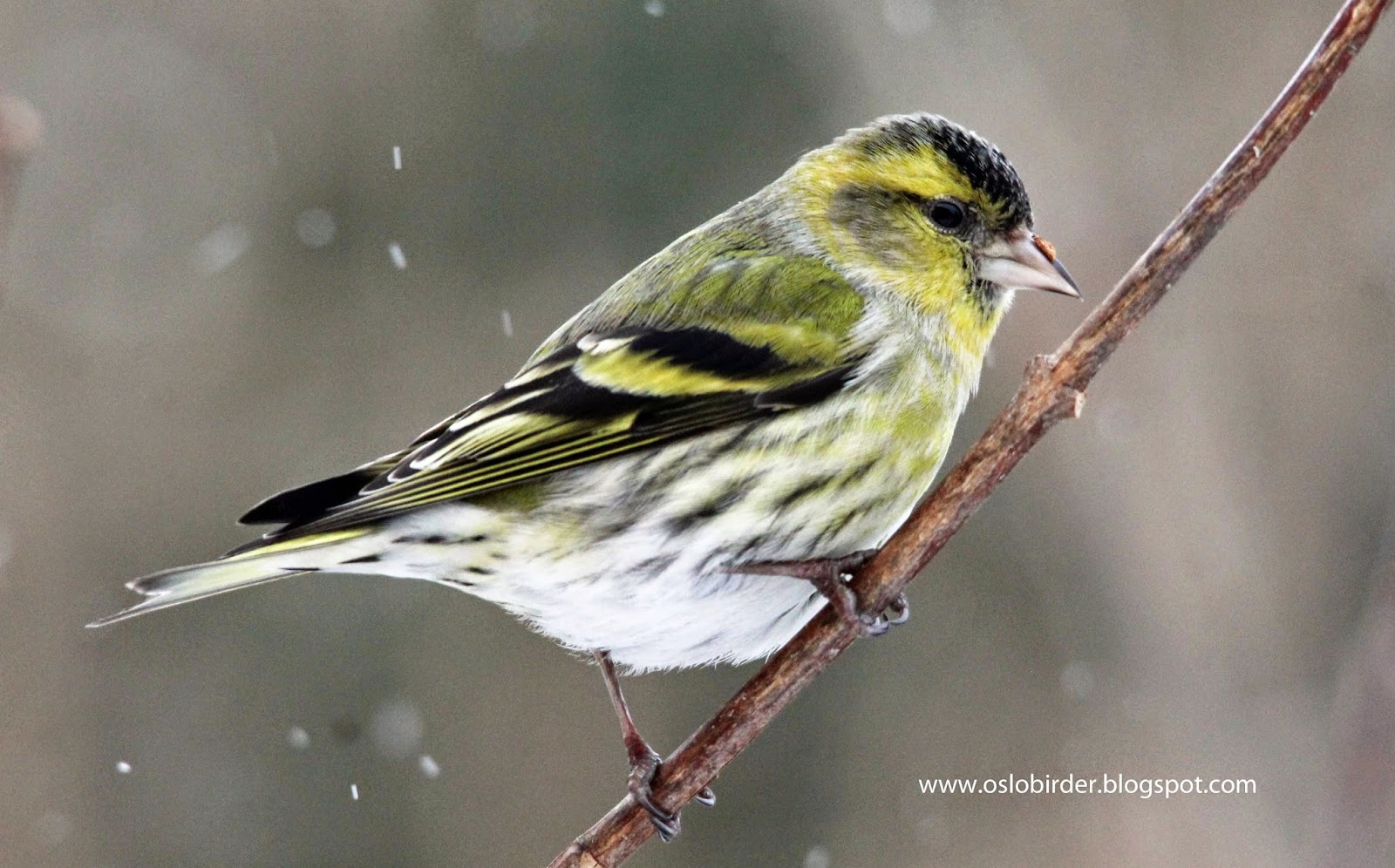 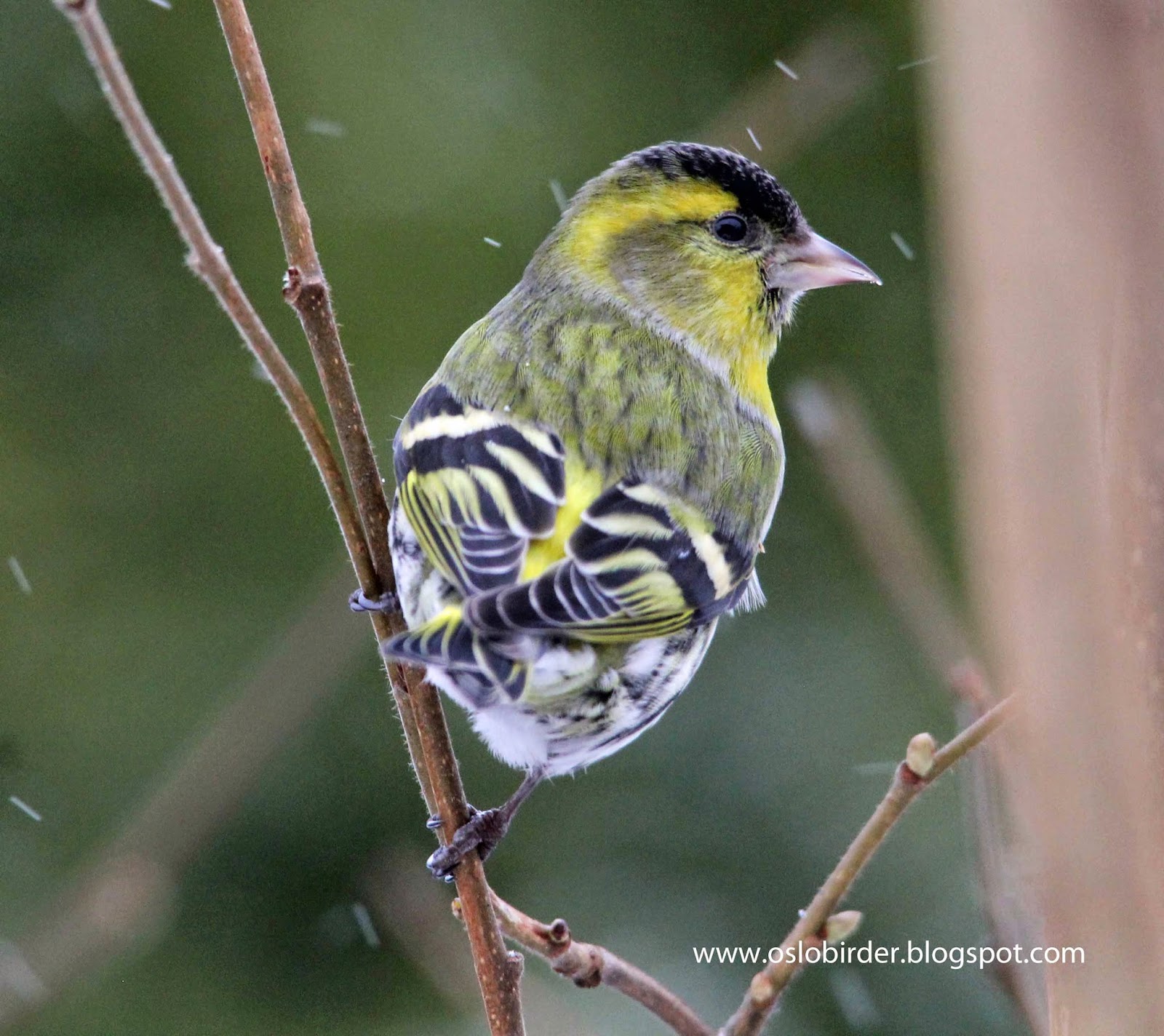 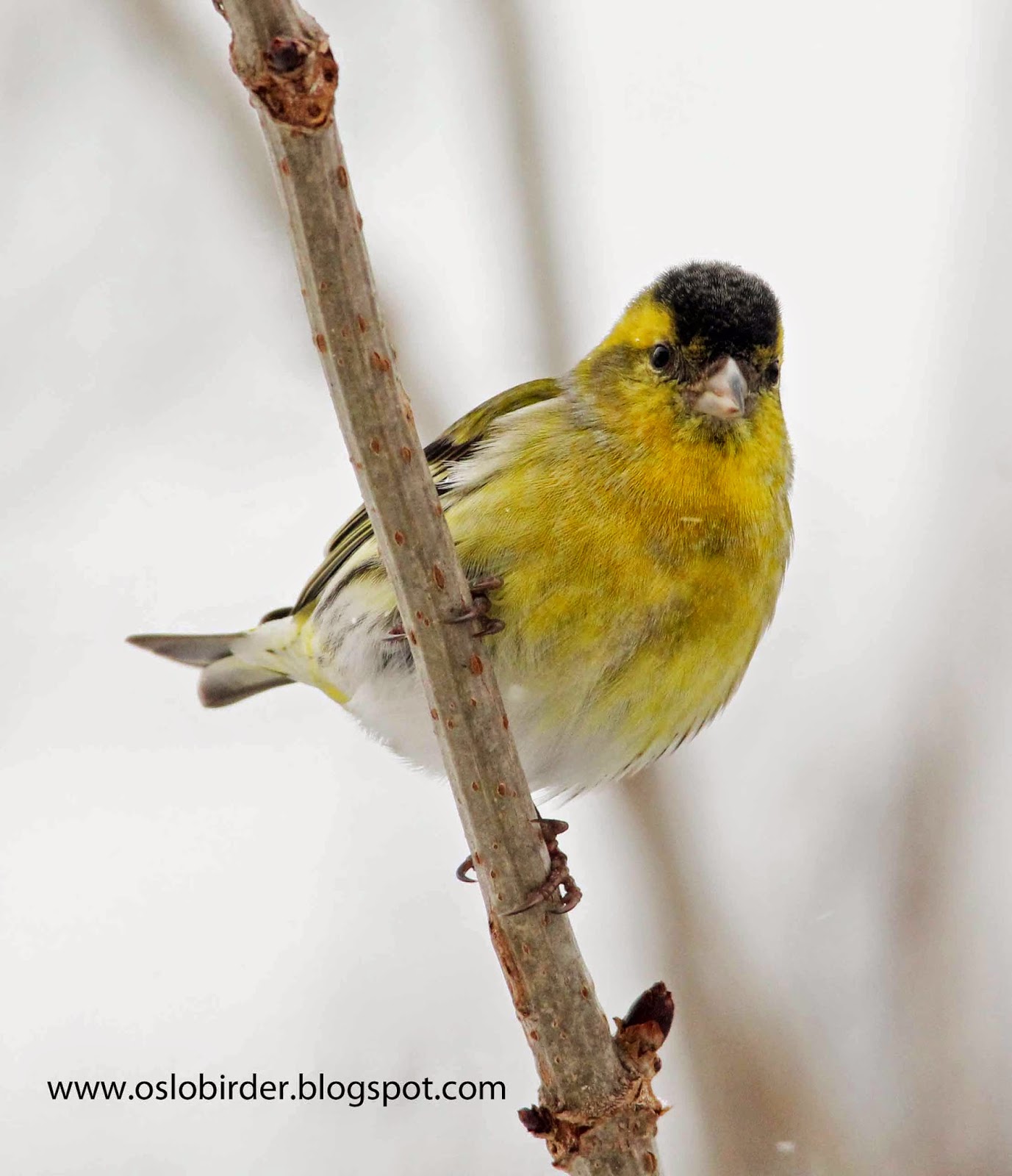