This winter hasn’t exactly been of the exciting kind when it concerns birding close to Oslo so today was the time to try to experience live, in the flesh, by my big wet dream from a couple of winters ago namely to see Hawk Owl (haukugle) and Pine Grosbeak (konglebit) in the same field of view and for the money shot to have the Grosbeak dangling bloodily from the claws of the owl.


Why did I think I would experience this? Well, over the last month or so there have been multiple reports of both species including flocks of up to 50 Grosbeaks from an area of Hedmark only a couple of hours drive from Oslo. The area is a broad valley with a winter-open forest road that only shows when you really drill down on google maps. This road I also found out costs 105kr to use! The weather was perfect for exploring for forest birds with virtually no wind and also great light with the sun often shining through a high and thin cloud base (which was luckily completely, and rather inexplicably, different to the forecast overcast conditions).
Hawk Owl was one of the very first birds I saw close to the road although it quickly moved away when I tried to take photos. I saw this bird on both the way in and way out and had another bird again close to the road but due to the very high wall of snow on the sides of the road I had no chance of getting any closer. So Hawk Owls were in the box but what about the other species necessary to give ecstasy? Well I had to work very hard for it but eventually had a calling bird fly right over me but this was hardly what I had been hoping for and was really a bit of let down.


I did though have an even rarer bird for the area in the form of another calling flyover but this time a very red male Two-barred Crossbill (båndkorsnebb). There were quite a few Common Crossbills (grankorsnebb) in the area either as ones or two with a pair singing and courtship feeding so breeding looks like it has started for this early nesting species.
A Black Grouse (orrfugl) flew off before I could take a photo but a small group of Willow Grouse (lirype) materialised around some cabins as I tried to find Siberian Jay (lavskrike) and the later gave itself up with a singing bird atop a small spruce tree.


So a really good selection of Scandinavian forest birds and all in beautiful scenery. This area definitely deserves more attention. 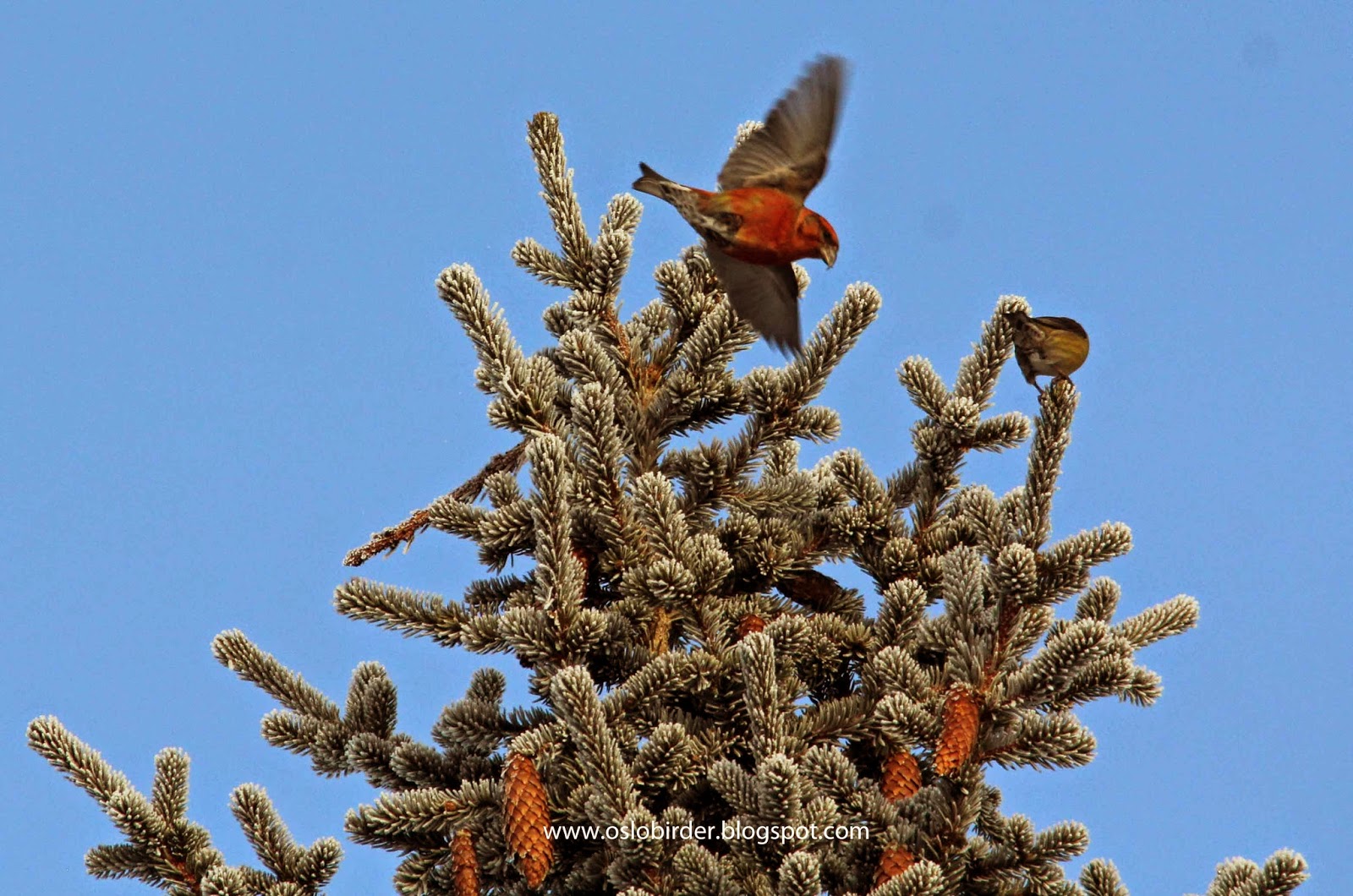 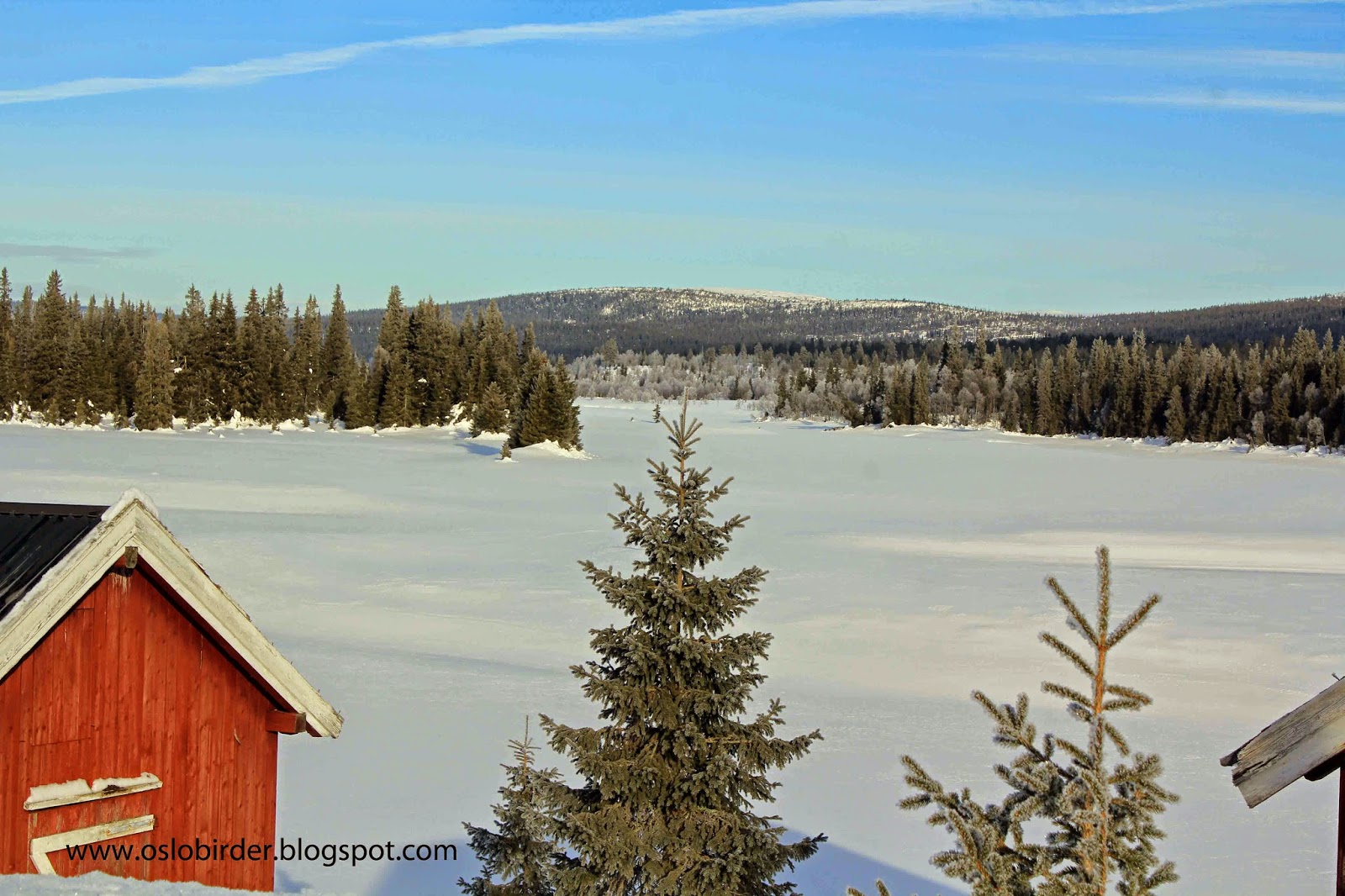 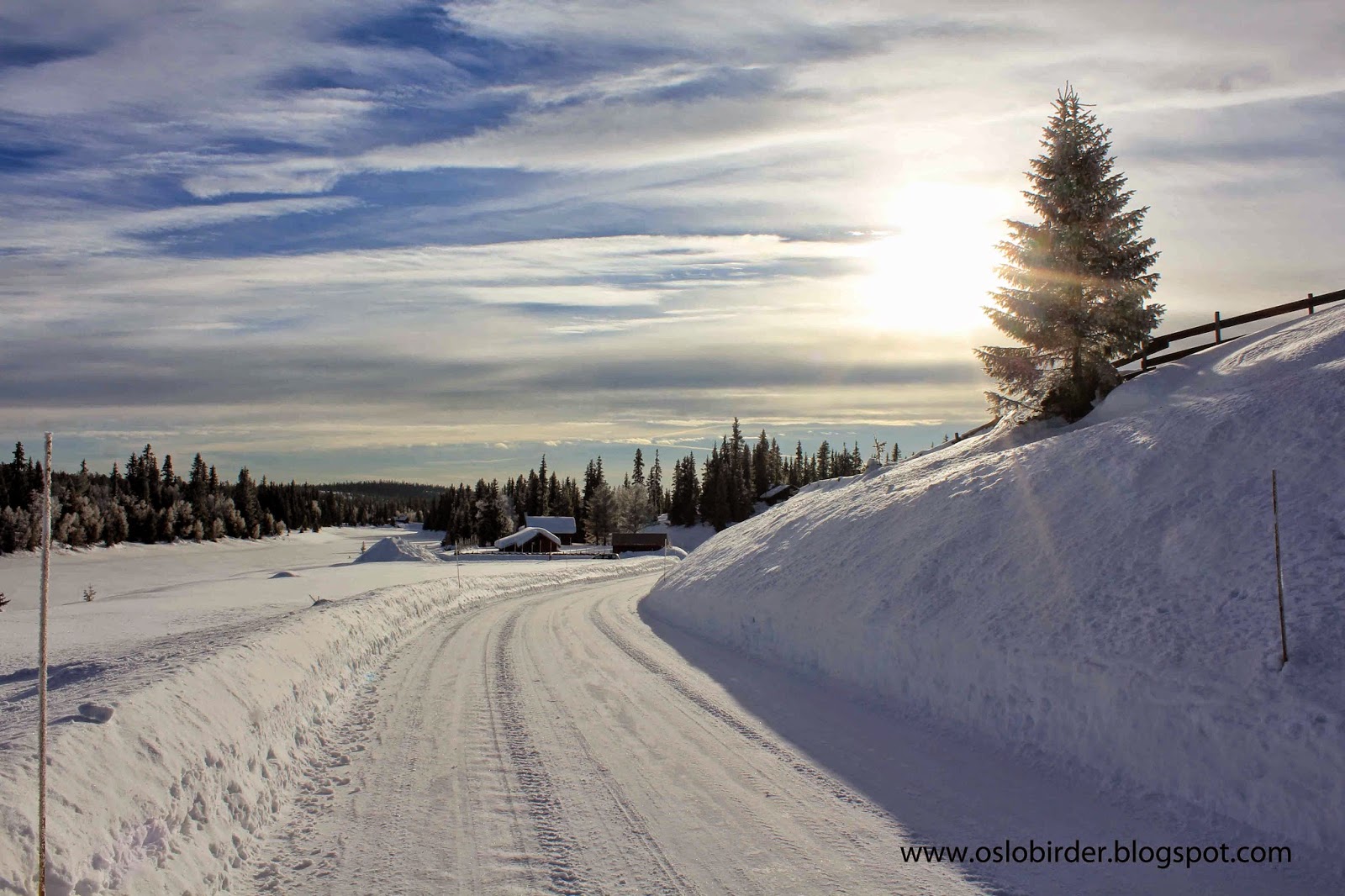