I was very premature with my comments about spring yesterday. Overnight the cloudless sky gave way to overcast conditions and lots of fresh wet snow. It also brought a garden record with the highest number of birds ever recorded. There has been a good number of Siskins (grønnsisik) in the garden over the last month with a maximum count of 22 which in itself was a record for this species. After we were away in the mountains and the food ran dry in the feeders there have only been a handful of Siskins in the garden but this morning there were 30 or so when I looked out at breakfast. Later I looked more closely and came up with a total of 70 and then mid-afternoon I counted them as they sat on wires and there were 110!! They are eating me out of house and home as well with the feeders needing to be replenished three times during the day. There is very little else in the garden and no other finches but if the Siskins remain over the next few weeks they will hopefully attract other birds. And there are plenty of birds in the area: a garden only 500m away has Bramblings (bjørkefink), Yellowhamers (gulspurv), Goldfinch (stillits) and Greenfinch (grønnfink) but fewer Siskins ;-)


The falling snow made birding pretty hopeless but I did check out Fornebu and Bygdøy where 6 Greylag Geese (grågås) were clearly newly in and are a foretaste of the next month where migrating geese will be the major attraction for me. 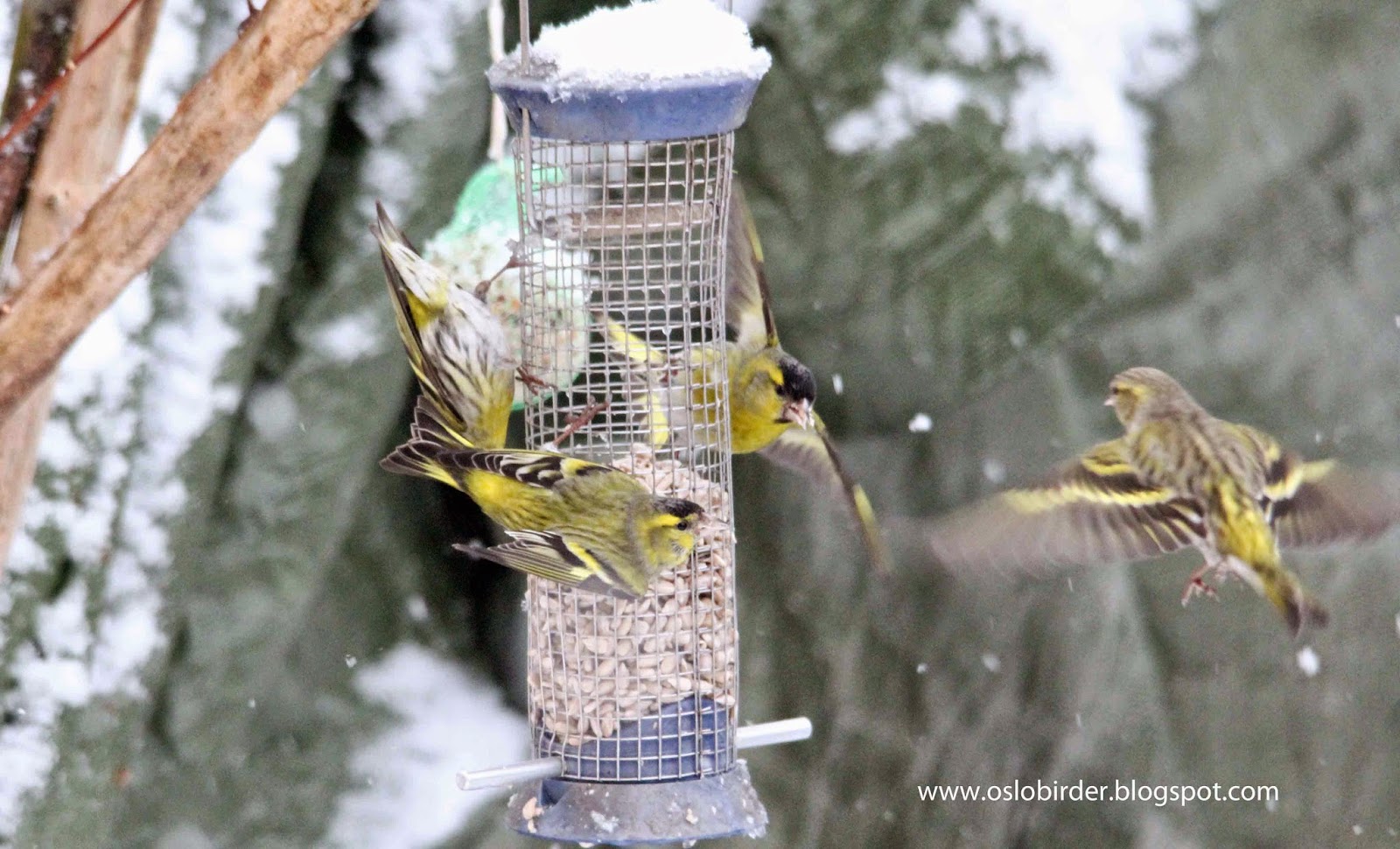 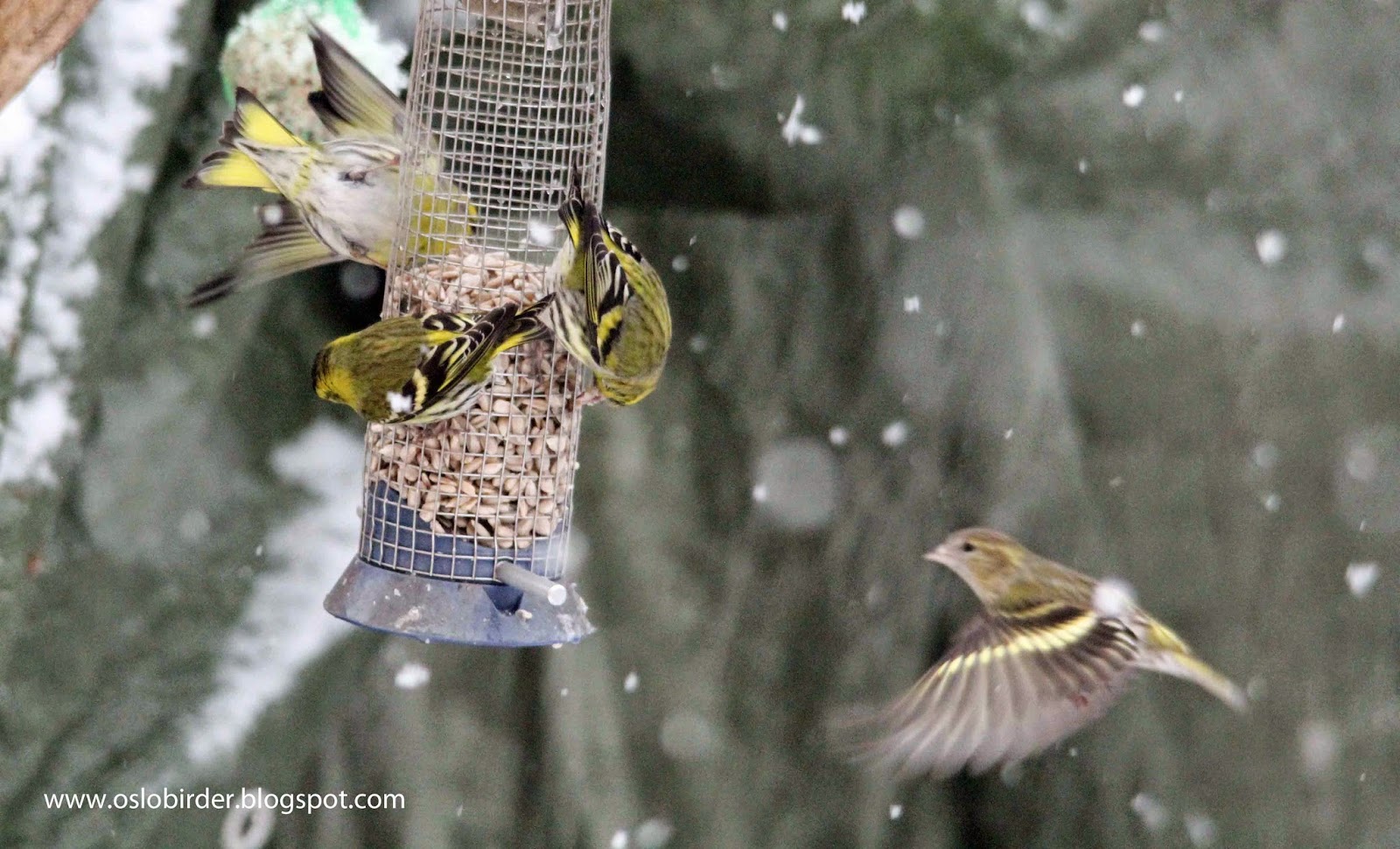 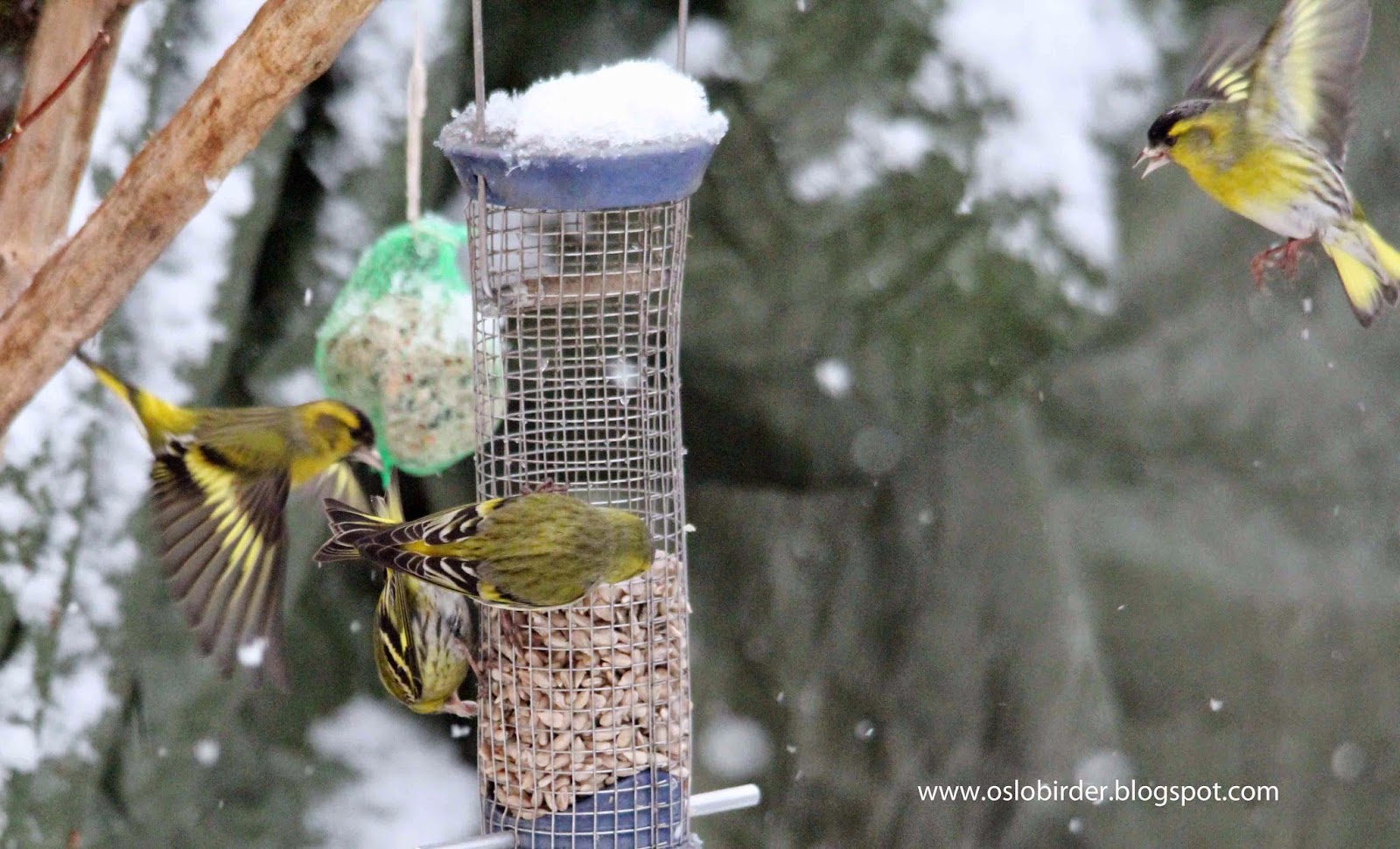