No soaring eagles today as the area was decked in low cloud which combined with a fresh wind made it quite unpleasant outside (temperature was -7C) and a 5mm thick layer of ice covered everything. With the appropriate clothes on though I took the kids out tobogganing and snow hole excavating and had my ears cocked for any sound of birds. There was not much to hear but eventually I did hear crossbills and located a small group not far away in some small trees. I collected the camera and was able to get close. A pair of Common Crossbills had the company of a (the?) male Two-barred Crossbill and whilst feasting my eyes at less than 10 metres range I could hear that there had to be another 2BC and sure enough a female joined the male. The male yesterday seemed to be alone so these may well have been new birds. Either way I enjoyed the couple of minutes they gave me before they moved on.


Later in the day whilst trying to relocate them (unsuccessfully) a Pygmy Owl (spurveugle) shot over my head with a couple of very agitated Common Crossbills flying away from it – a shot of a Pygmy Owl with a red male Crossbill in its claws would surely classify as a money shot? 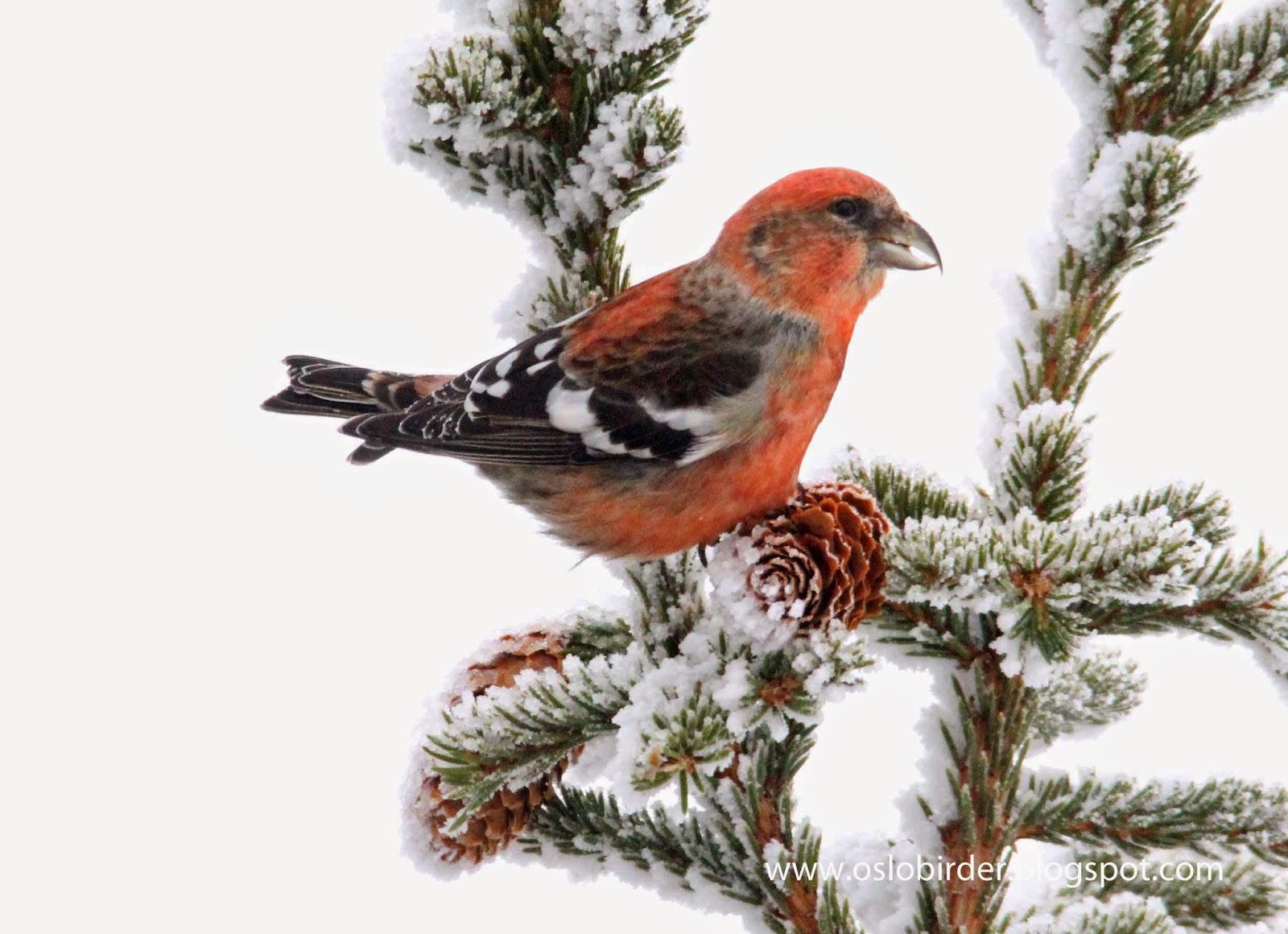 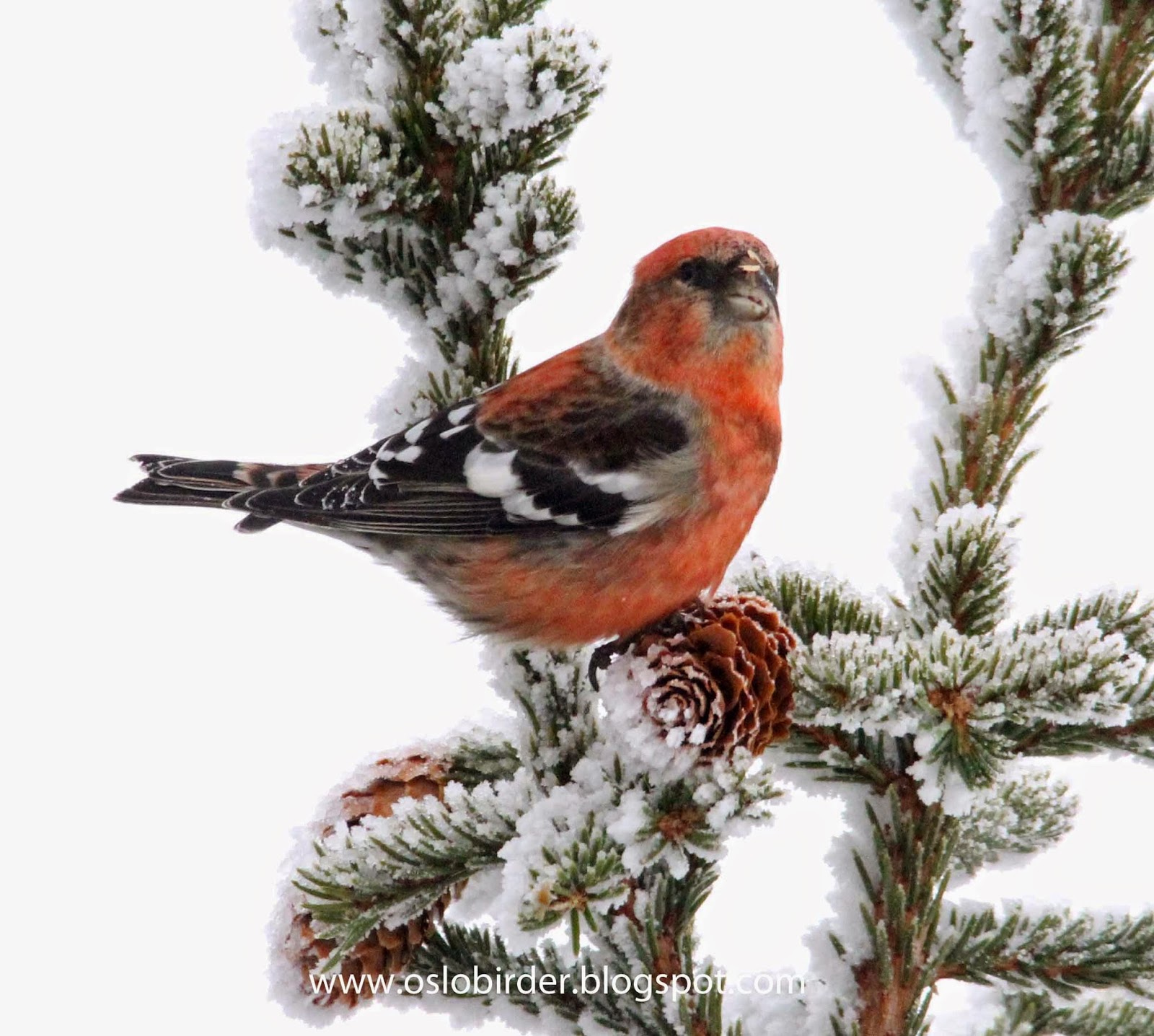 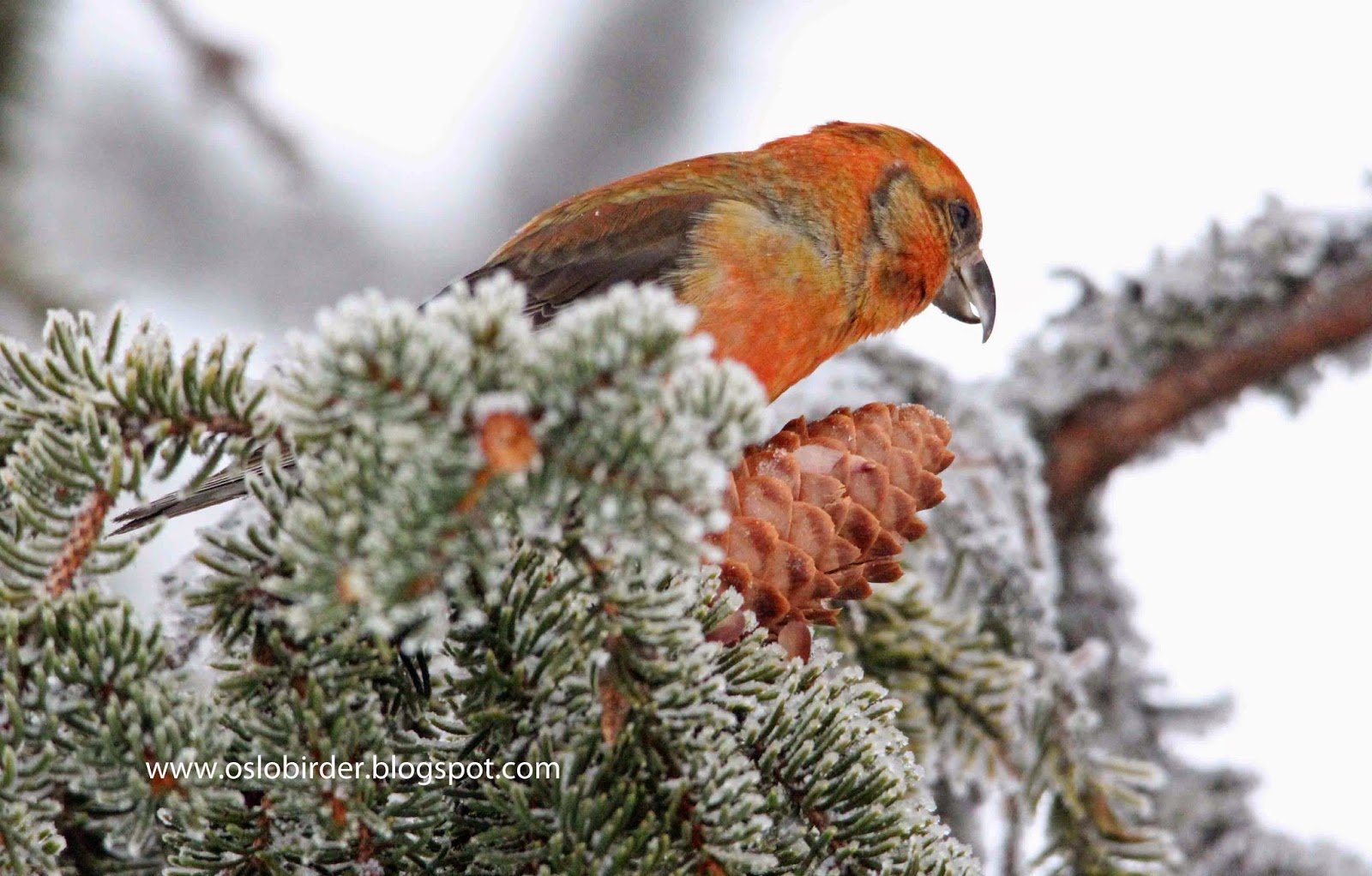 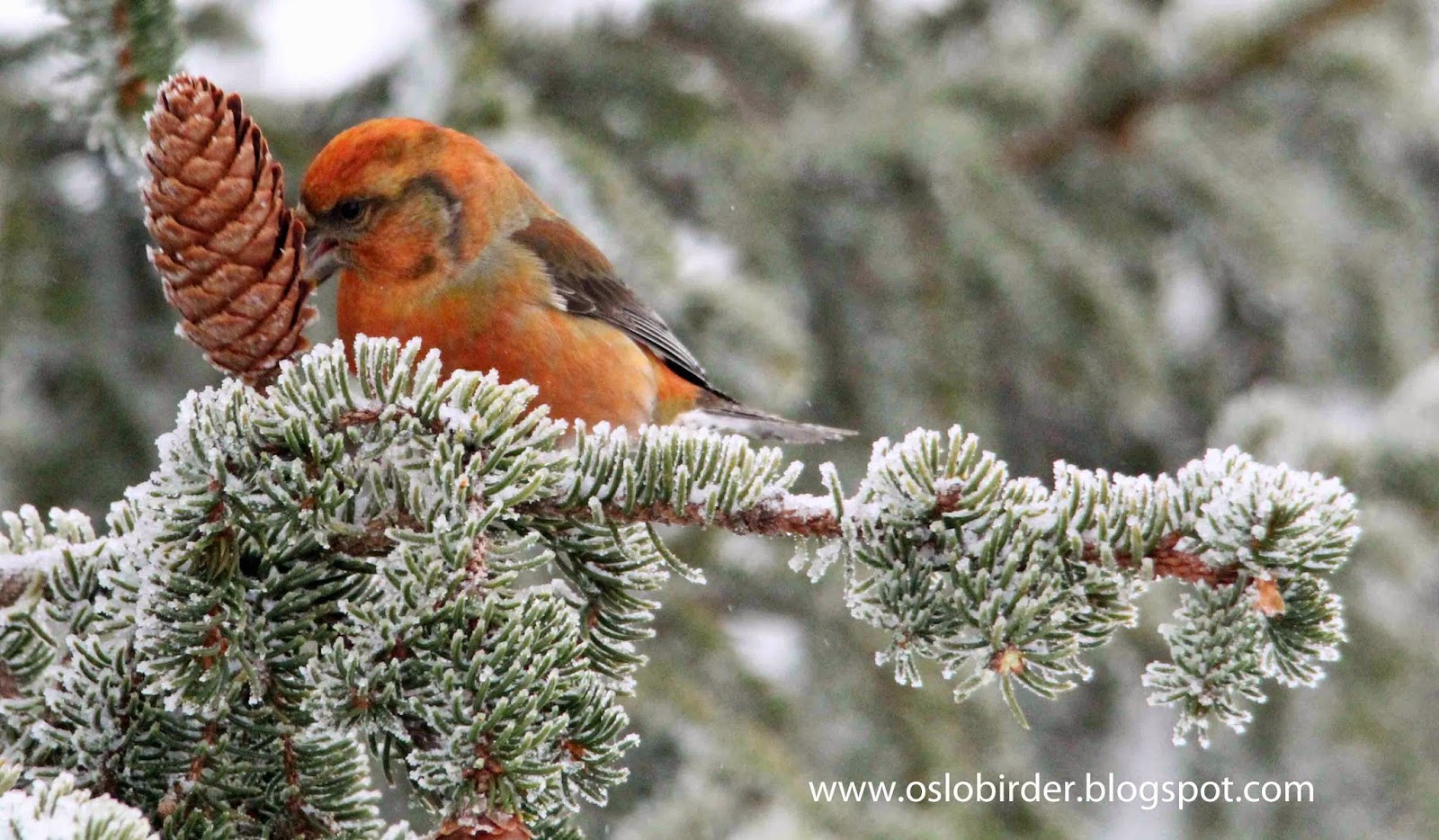 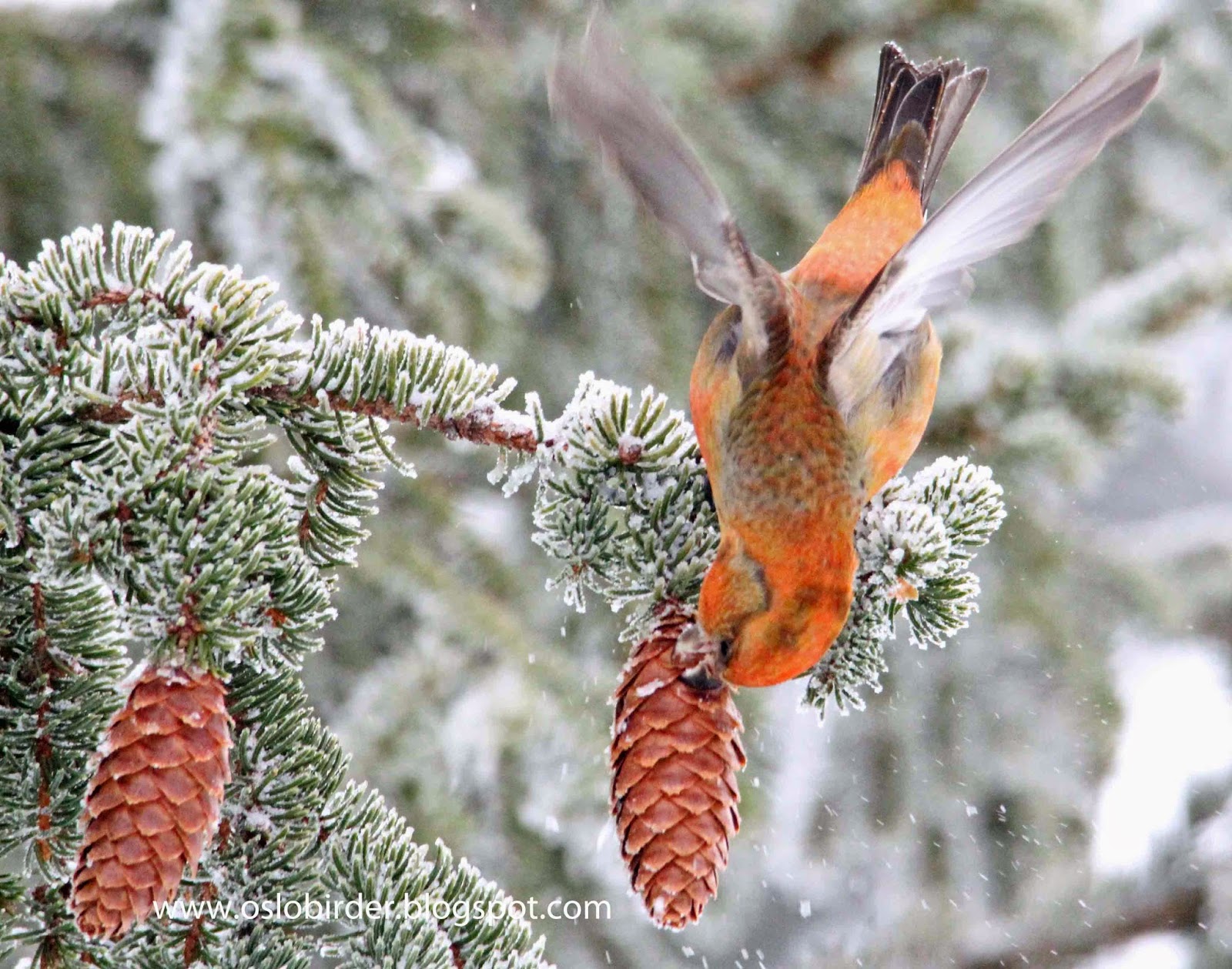