We are spending a few days with friends at a cabin in the ski resort of Gaustadblikk which is 3 hours drive south west of Oslo in Telemark County. We are a lot higher here than where I was in Hedmark on Thursday but the woodland is quite similar with scattered and generally short spruce trees which have a heavy cone crop and also have attracted a few Common Crossbills (grankorsnebb). I am unable to ski due to my knee so instead birded around the cabin. The area immediately in front of the cabin was for some reason a magnet for Crossbills and I had at least 10 Common Crossbills here throughout the day. Whilst sitting on the water closet after breakfast I heard a trumpet call outside. I finished up as quickly as I could and rushed outside to again here the trumpet but I was unable to locate the bird which had to be a 2BC (although I am a bit wary given a previous run in with a trumpeting Common Crossbill). I tried playing the calls of both 2BC (båndkorsnebb) and Common Crossbill which I have read work very well and are used in census work but seemed to not to work for me. I walked around the area and had little else. Once back at the cabin I regularly checked outside and mid afternoon a Crossbill sitting atop a spruce had wing bars! I have now recorded 2BC in three counties in 2015 which isn’t bad going.


There was quite low cloud today but I have high hopes for Golden Eagle here if we get better weather in the coming days. The drive from Oslo took us through some great forest habitat and a male Hazel Grouse (jerpe) sitting in snow by the side of the road was a most welcome if fleeting observation. 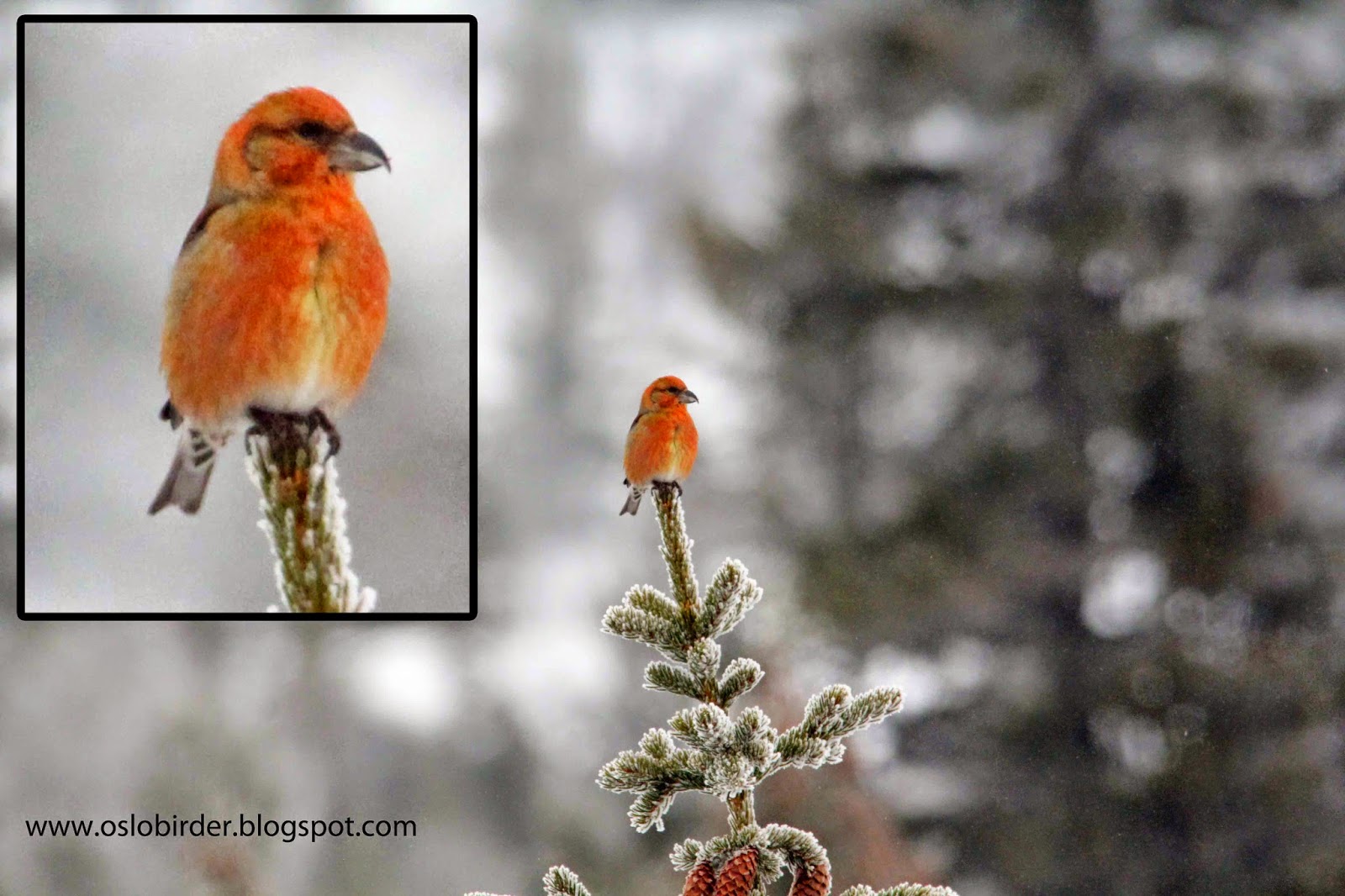