My recent comments about it being spring were rather hasty. With more snow today it definitely still felt like winter. I went out east looking for arrivals of geese and swans which were already here in good numbers at this time last year but there was hardly anything to see which just goes to highlight how early spring did come last year. Although larger rivers are free of ice and there is only a thin layer of snow on the fields (last autumns stubble being visible) lakes are still frozen and there is no melt water yet with the latter being I think the major variable with regard the arrival of migrating waterfowl.


My travels did reveal a total of 4 Great Grey Shrikes (varsler) which is a bit of a return to the status of a couple of years ago. A few Greylag (grågås) and Canada Geese had returned but 7 Greylags heading south at Udenes Church (the Bean Goose site) probably had the right idea. The Scottish Bean Geese (sædgås) are now in Denmark and with the right weather may turn up here in the next couple of weeks. The mudbank is exposed in the river which is a good sign (last year it wasn’t exposed when the geese first arrived which I think caused them some issues with regards roosting). Even though it was rather lite on birds today it was great to be at this location again and I am very impatient for the geese to return,


A heard only flyover Snow Bunting (snøspurv) was a species I had hoped for although it would have been nice to see it! Three Parrot Crossbills (furukorsnebb) were also hoped for as a pair had been reported recently in the same area. I heard them first and after my recent run-ins with their two smaller cousins I was satisfied to hear the difference in the flight call. One female perched briefly in a tree top but flew off whilst I leant into the car to get the camera. Hopefully they are going to breed in this area which is rich in pine trees so will give future opportunities for close contact.


Three of the days shrikes had the honour of being digitally recorded but almost all pictures ended up being deleted. Here is the best shot I managed. 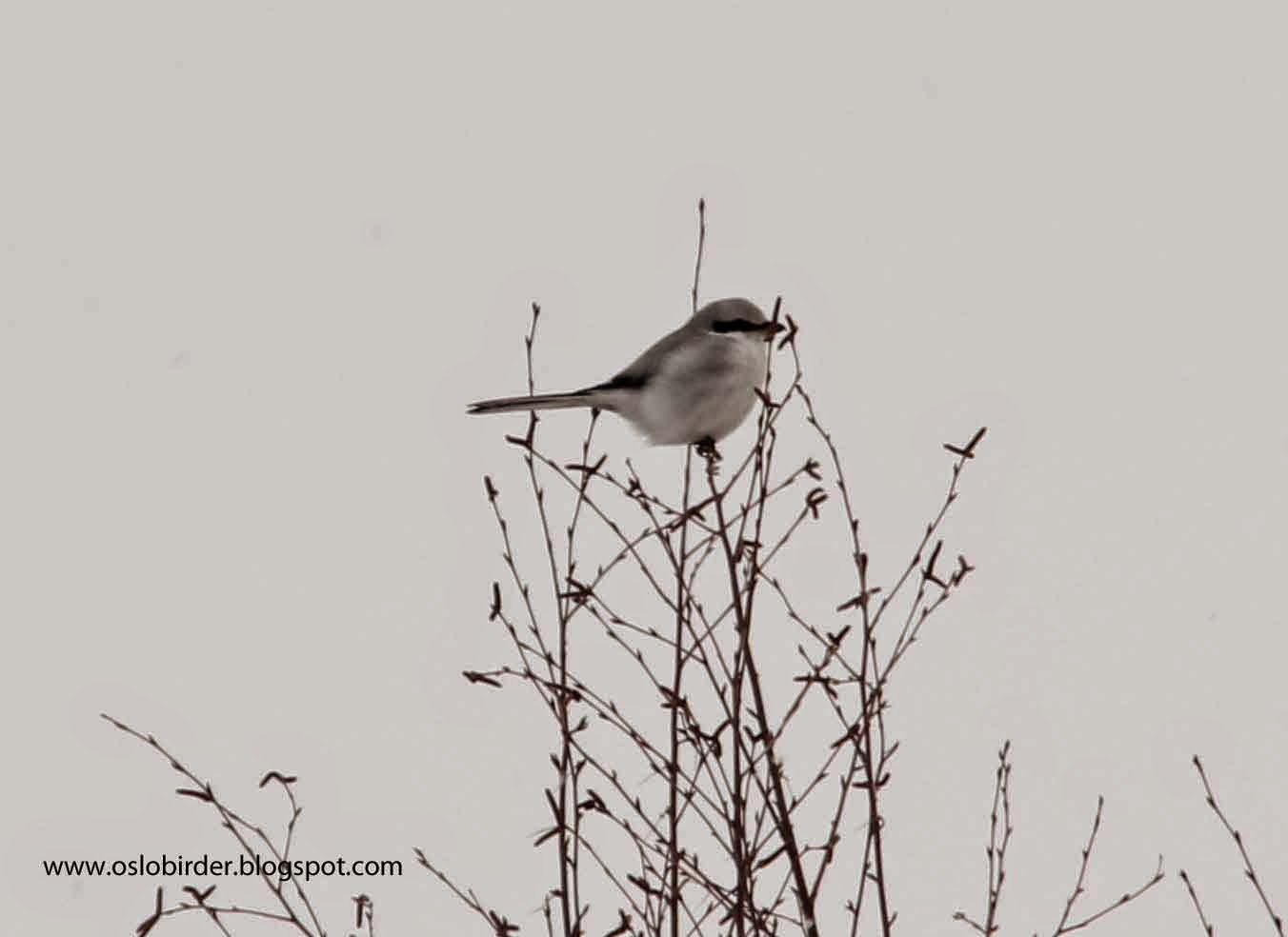