Per Christian and I arrived in the deep dark forests of Aurskog Høland at 8pm and were met by an amazing display of stars, a full moon slowly rising from the horizon, Jupiter shining brightly, a brief and weak display of the northern lights and silence. No owls were calling! We tried various paces which in previous years have produced Tengmalm’s Owls (perleugle) but heard nothing. We used playback without success although at one location did hear a very strange noise which we couldn’t decide as to whether it was animal or bird. We were not the only birders out though and whilst discussing how quiet things were we found out that the noise we heard was most likely that of a female Tengmalm’s.


We returned to the place where we heard the call and played the song of the male with no joy and then the same noise which I had found I had on my phone and to which we received a single call response. I have added this call in the video here and believe it is the following call in BWP “(5) Pair-formation calls of ♀. (a) Loud, short, hoarse, sometimes slightly shrill 'kjäck'; normally first call given by ♀ in pair-formation.” Shortly after this a bird started singing very close to us but the song was quiet and also a much faster tempo than the normal song which I believe is the following as described by BWP: “(3) Trill-call of ♂. Like Advertising-call but continuous, with units shorter and delivered more rapidly (8 per s in one recording, though this apparently rather fast); a soft 'dududu…'—almost uninterrupted for up to 10 min or more; audible only over a few hundred metres. Used to attract ♀ into nest-hole. Also given in short phrases in early stages of ♀'s nest-occupancy, during mating, and before and after delivering food to ♀ in nest early in incubation.”


It would therefore seem that we had discovered a pair.


We continued with playback and using our torches eventually picked up a bird in flight which then landed close to us and continued to sit in nearby trees after we had turned off the playback. When watching this owl in a spotlight it seemed so tiny and it is difficult to imagine it catching mice and swallowing them whole but it is a truly wonderful experience to be so close to it. I managed a few photos and some video although with no gloves on I ended up in excruciating pain in my fingers – but it was worth it!


The fact that we had no birds other than using playback suggests that it is a poor rodent and therefore owl year in these woods but it could also be that it is still too early and that they are not yet in full breeding mode.


We saw a couple of moose by the road and heard a fox but didn’t hear the wolves that apparently are in the area. No large owls either…. 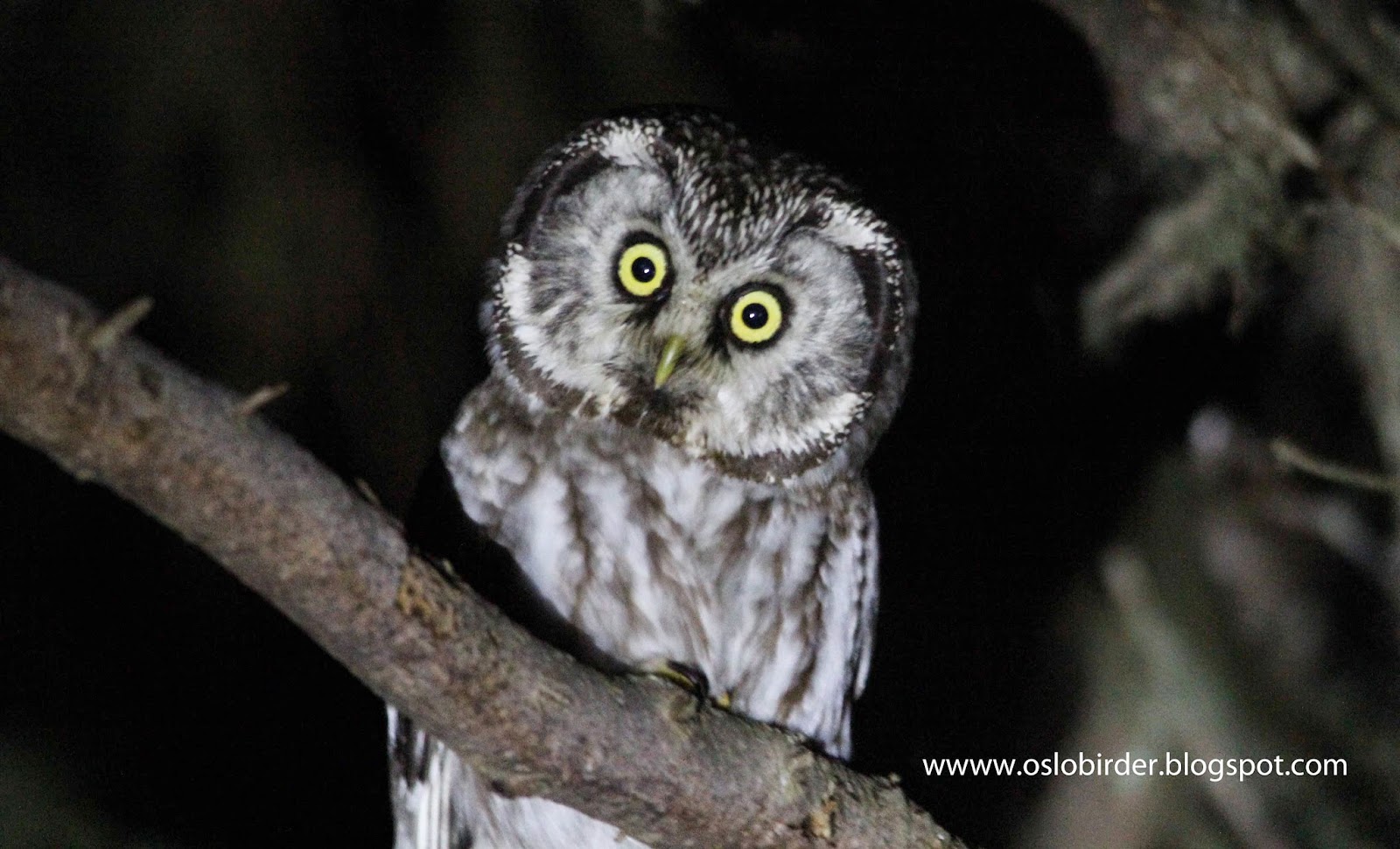 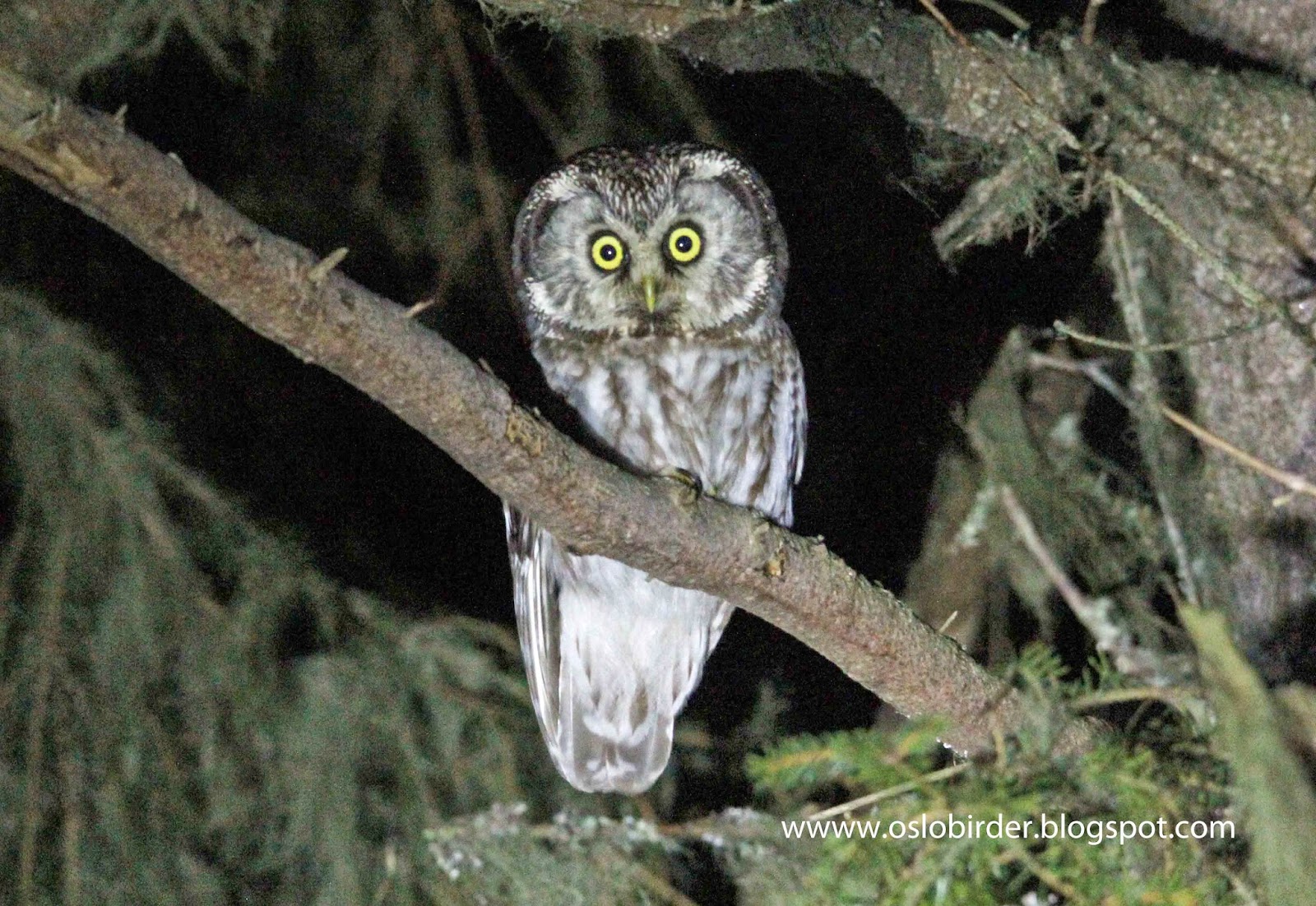