It was always going to be difficult to match yesterday’s excitement but it is spring and those birds do keep coming so every day now and for the next 3 months has the potential to surprise. Despite a new fall of snow overnight the positive temperatures caused it to melt during the day and when the sun peeked through in the afternoon it again felt like spring. The second half of next week is forecast to have freezing temperatures again so spring might have to take a short pause but that just adds to the suspense.


Today I visited Bygdøy where the fields now held 23 Greylag Geese (grågås) and a small flock of Fieldfares (gråtrost) contained my first Starling (stær) of the year. The sea off Huk was pretty quiet but three Long-tailed Ducks included a fine male – unfortunately though they were far too distant for photos.
I threw out loads of bread to the gulls in Frognerpark but no Iceland Gull showed up and I suspect that the ringed bird of the last two springs has chosen a new migration route this year after having been seen recently in England.


Maridalen produced the day’s excitement. The lake is still frozen and the fields covered in snow but this didn’t stop the first Whooper Swans and Greylag Geese from flying over and a field corner where the snow had melted held 2 Snow Buntings (snøspurv)! Last year was very good for this species in Maridalen (after only two previous records for me) and hopefully this year will also be good. 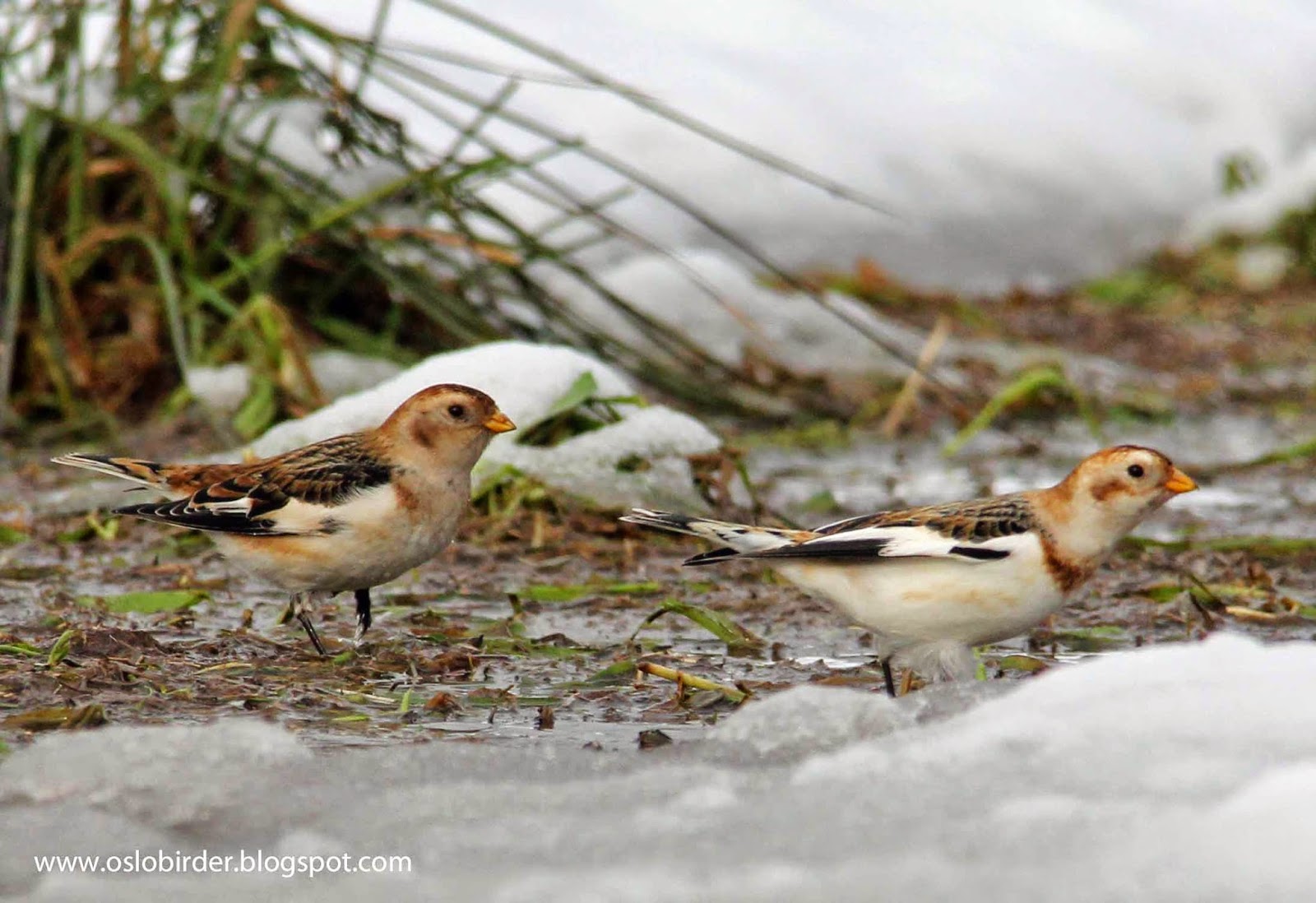