The forests around Oslo have a very healthy population of Moose (elg) which with the unnaturally low population of large carnivores that the Norwegian government permits to exist in this country is increasing year by year. Late in the winter they start to come to the edge of the city in search of food and those that come into the city (see one in our garden here) usually end up being shot as they are considered a traffic risk. To reduce the numbers coming into the city the council has begun putting out food in Maridalen to hopefully keep them there rather than continuing into the city. Feeding has only recently begun because with the mild winter the moose have been coping OK in the forest but already last week a max of 25 animals were seen eating from the silage bails that are put out.


I went to have a look today and only had three animals (they had been disturbed earlier) but there was plenty of evidence of the snow of the larger numbers that use the site. The animals I saw were not feeding but hiding in the shadows where they did not seem too wary.

It was -10C today and with blue skies there was amazing light and colours in Maridalen which encouraged me to remove the telezoom lens and try some landscape shots. 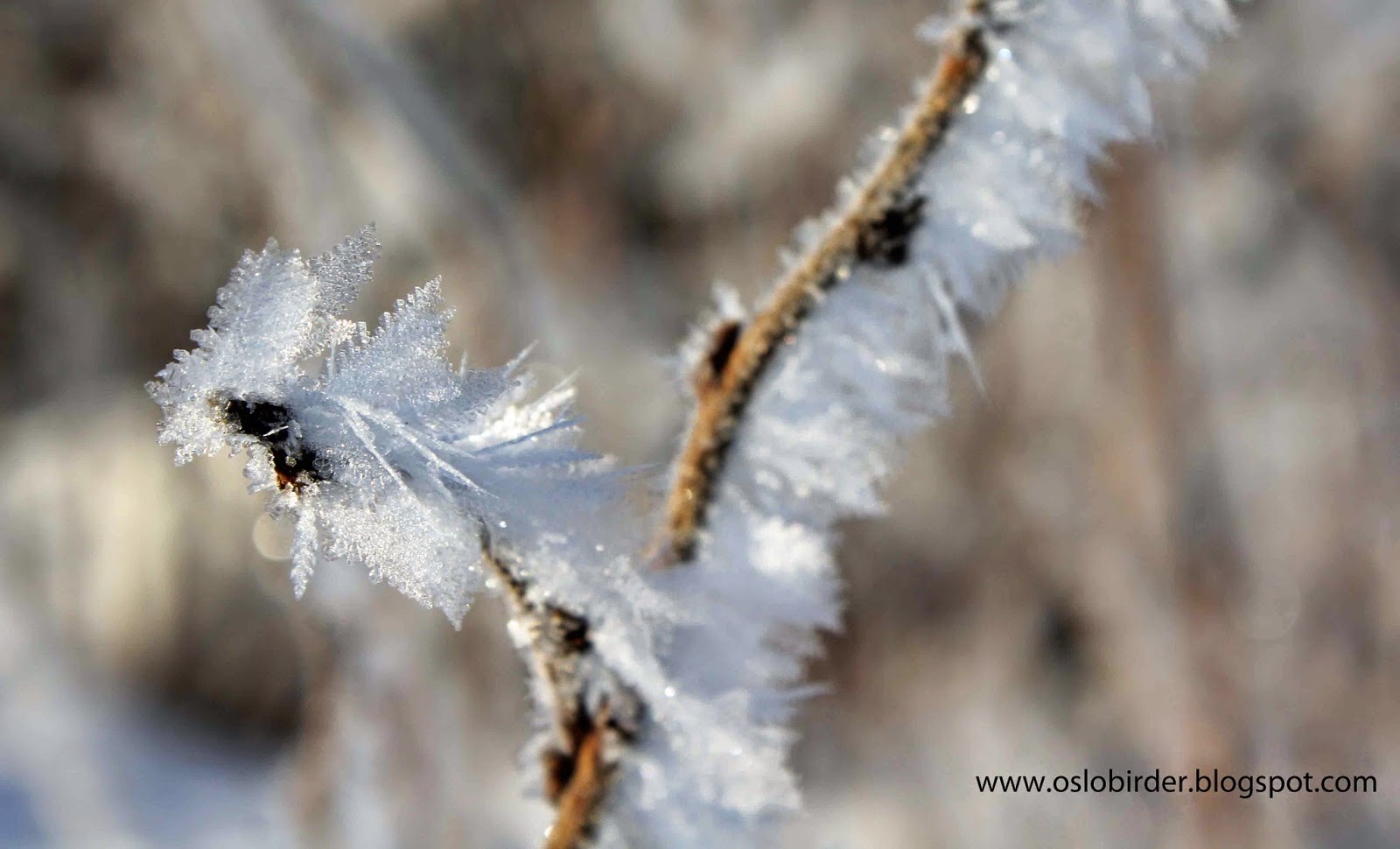 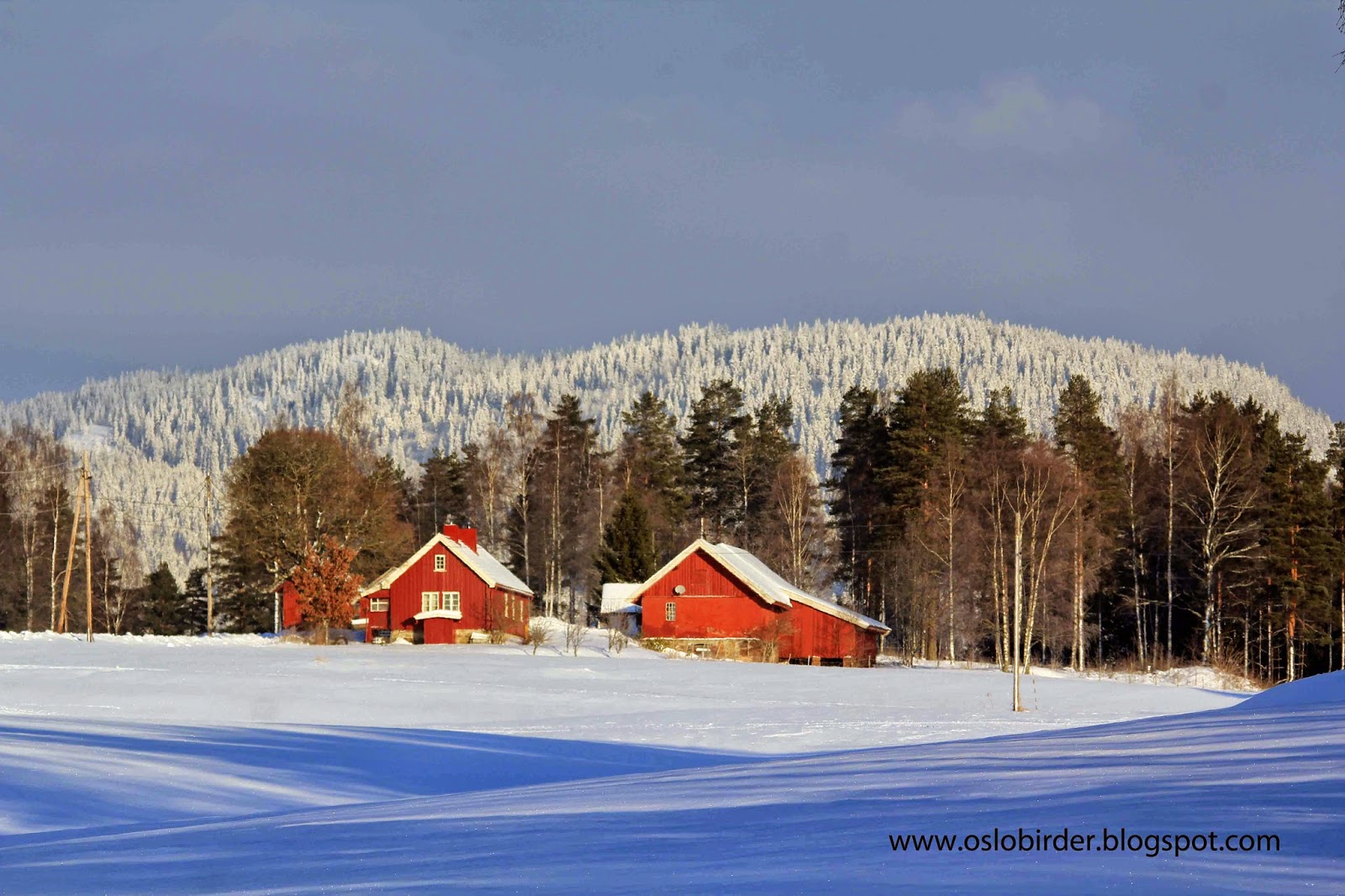 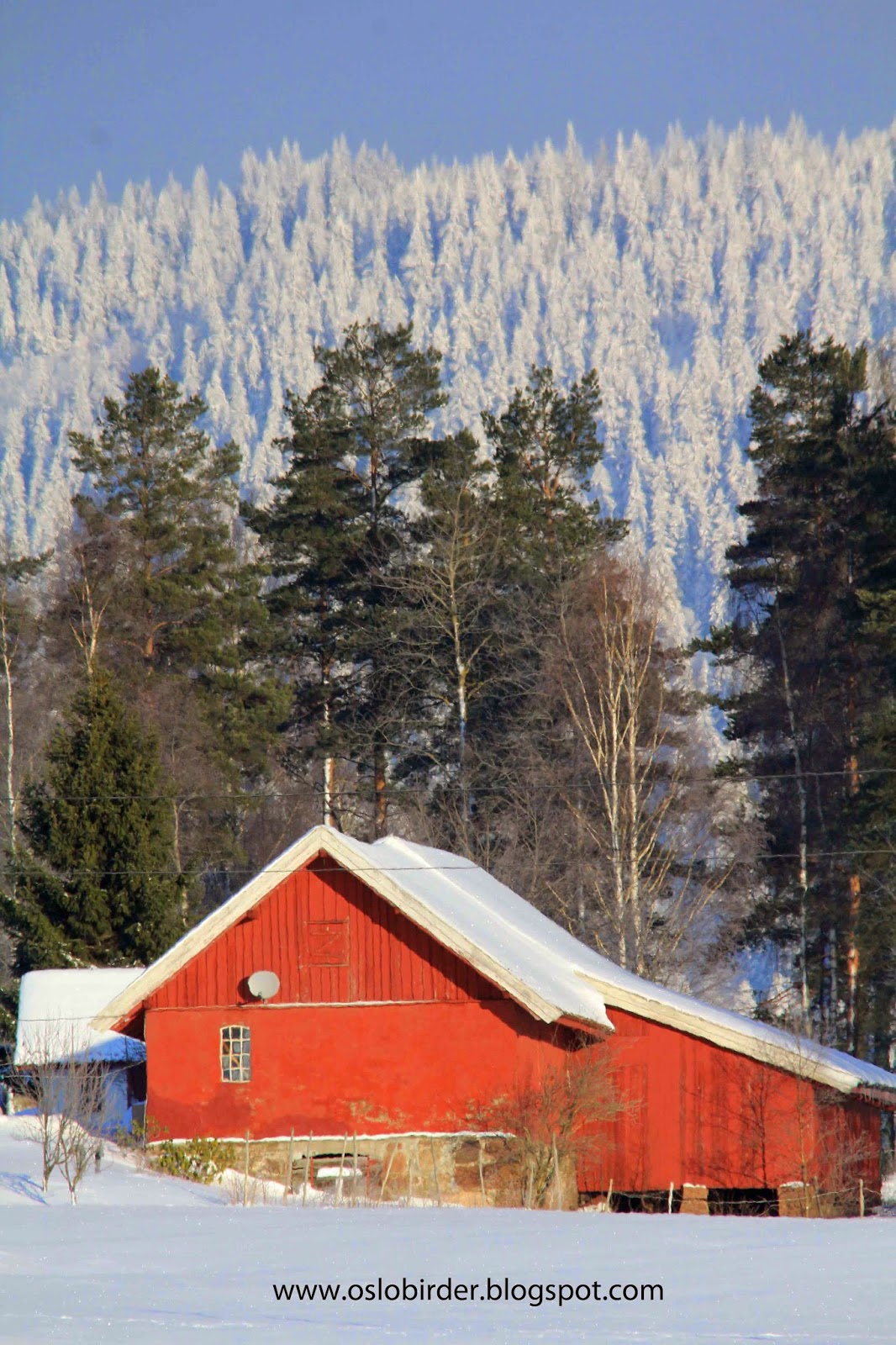 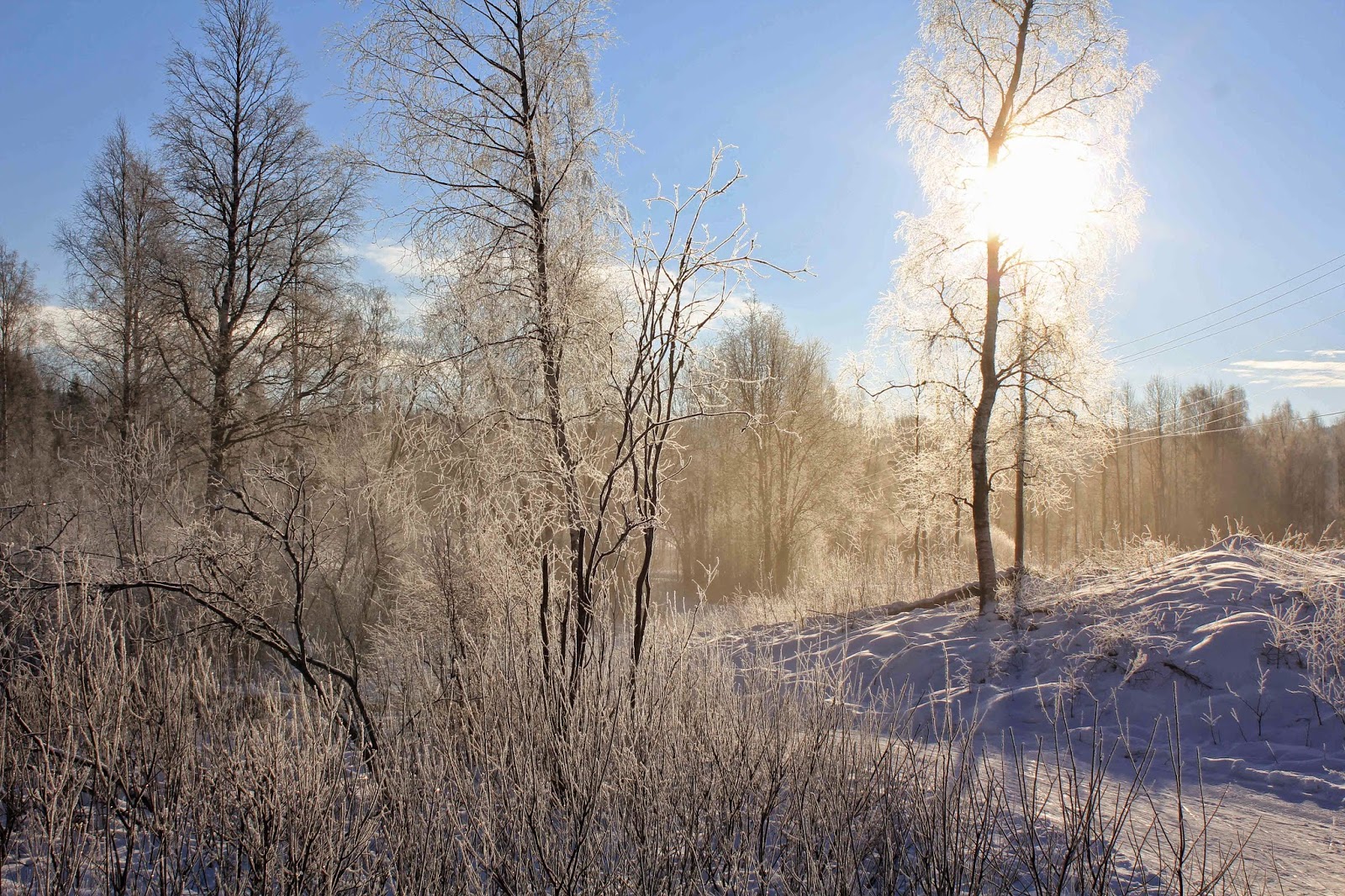 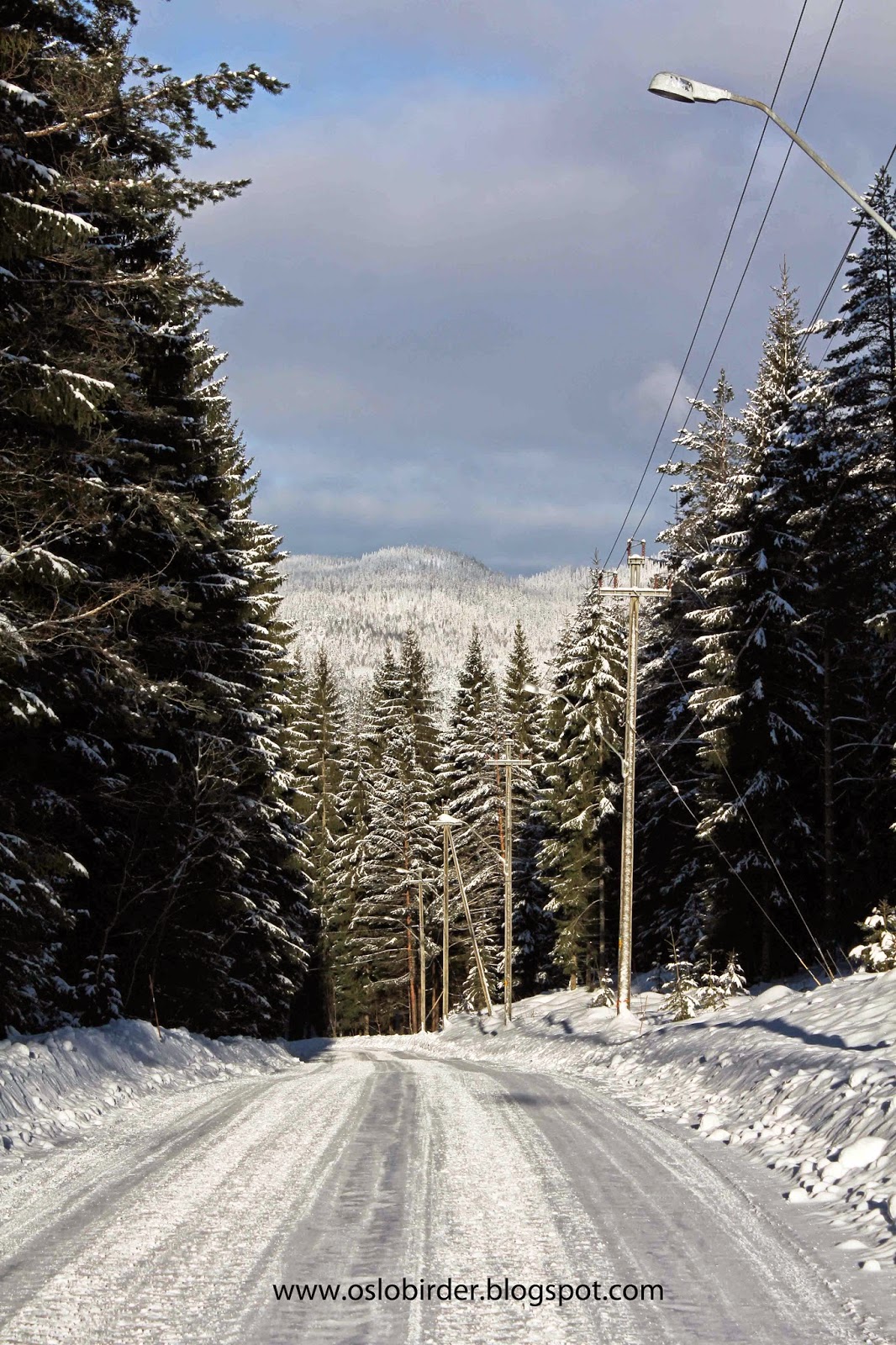