Today started in the usual way with messages from Per of all the good birds he had seen whilst I slept. Best of all was a Black Tern (svartterne) which I still need for my Norway, let alone Oslo, list. He joined me later at Østensjøvsnnet which I judged as the most likely place for it to have stopped at after he saw it from Huk. Well no joy on that score but we had a bird filled morning. Rain had forced down many, many warblers, swallows and Spotted Flycatchers (gråfluesnapper). Over the water were 100+ Swallows (låvesvsle) with smaller numbers of House (taksvale) and Sand Martins (sandsvale) and four Swifts (tårnseiler) with five Common Terns (makrellterne) for company.

In the bushes around the lake were in excess of 100 Willow Warblers (løvsanger), 30 Spotted Flycatchers, Blackcaps (munk), Lesser Whitethroats and singles of Common Whitethroat (tornsanger), Chiffchaff (gransanger), Reed Warbler (rørsanger), Garden Warbler (hagesanger) and Icterine Warbler (gulsanger). At times the Willow Warblers seemed to be in flocks.

Not too much on the water although a Cormorant provided some entertainment as it attempted to eat a fish that was far too large. It kept trying to swallow it, then dropped it, dived to recover it and in the end it looked like it just let it go.
By the football pitches on the west side we had two Wheatears (steinskvett), two Yellow Wagtails (gulerle), two Golden Plovers (heilo) feeding on the pitch and best of all two Red-throated Pipits (lappiplerke) which flew up calling and then left the area at height. We didn’t see anything other than that they were pipits but their call was distinctive enough.

With all these birds I felt sure that a visit to Maridalen would produce just as much but unfortunately heavy rain put a bit of a damper on things with just a single Spotted Fly, a couple of Yellow Wags and four Wood Sandpipers (grønnstilk).
Not one to give up I visited Fornebu next. There were a few flycatchers and warblers here but it was nothing like the numbers at Østensjøvannet. Great Snipes (dobbeltbekkasin) have started arriving back in Norway so I thought I would see if I could flush one up from the area that held one or two last May. No luck but as I walked past an area that I wouldn't have tipped as being suitable I heard one singing at 2:11pm! I went into the area and saw it in flight as it flushed a short distance. I went back in the evening and after flushing it from the same area at 21.30 it flew around before landing on some short grass and allowing some acceptable pictures as it crouched. It then flew back towards the original area and finally at 22:00 it began “singing”. We were then able to watch it at a range of only 10 metres as it stayed put and sang roughly every five minutes. The area it has chosen is an area of waste ground that has also attracted some “travellers” who are camping there and were very curios about what we were interested in.

An absolutely atrocious video taken in the dark and hand held but you see something moving and get to hear the song at the end.


I got some good views of four redpolls at Fornebu and have concluded that they are Lesser Redpolls (brunsisik) which do breed here. I must admit to not agreeing with the split of Lesser and Common Redpolls (gråsisik) as separate species (is it only UK, Norway and I assume the Dutch who have split?) and find them to be very difficult (sub)species to identify. Sometimes there are very clear examples of both species but there are, to my eyes, many intergrades. Lump 'em I say and whilst you are at it include exilipes Arctic Redpoll (polarsisik). 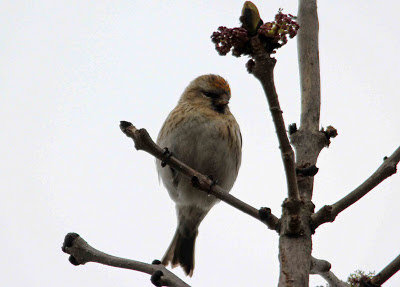 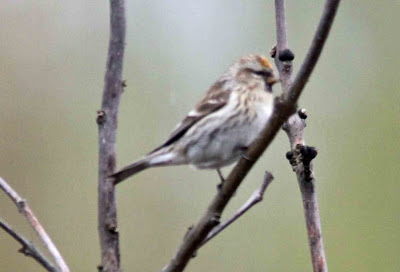 Strong southerly winds (Brentetangen would have been good today) prompted me to look over the fjord. Three Kittiwakes (krykkje) and a Little Gull (dvergmåke) had been blown in and were on the Oslo side of the fjord but no skuas unfortunately.
Lagt inn av rixy kl. 23:33