A red start to the day

The body, that is no longer a temple, was crying out for exercise today so I donned my cycle helmet, straddled the bike and set off an all Oslo session. A Black Redstart (svartrødstjert) that has been singing in the town centre was my first target and as I cycled down the hill into town I had a Common Redstart (rødstjert) singing only 400 metres from the house – a good omen although I would prefer it to actually sing IN my garden as it did last year.

The Black cousin is frequenting the area around the government offices which has always been a favoured area. Due to the sounds of the city it is quite difficult to hear them singing and most people have gone very early to hear it. I didn’t have that chance today but it didn’t matter. I first picked it up perched on a fence and it had I think been feeding in the area and it then preceded to sing from nearby roof tops. The song is very special. If you listened to a recording, for example this one, you would think that there was some static but the song does actually have this strange scratching bit in the middle which is only audible at moderately close range. 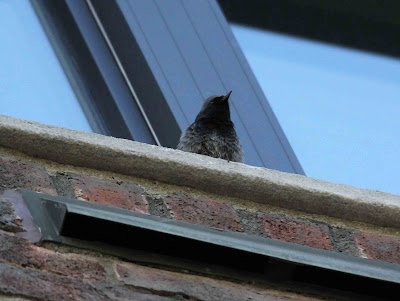 I then headed up Akerselva towards Maridalen. Along the river were a few feeding warblers, Spotted Flycatchers (gråfluesnapper), Grey Wagtails (vintererle) and a single female Redstsrt but I did not hear any Wood Warblers (bøksanger) which are either very late or have suffered a population collapse as usually I would expect to have heard many along the river and especially along the southern edge of Maridalsvannet.
Maridalen was quiet although a Rosefinch (rosenfink) mimicking Whinchat (buskskvett) had Per and I going. Rosefinches will arrive in the next couple of weeks but this would have been exceptionally early. Still no Red-backed Shrikes (tornskate) to be seen but the Wrynecks were calling and showed briefly. 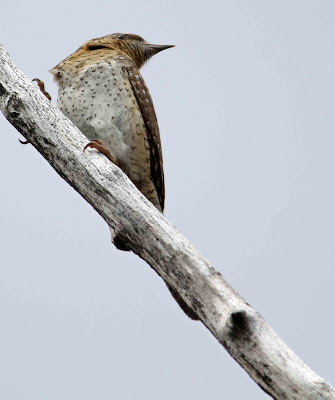 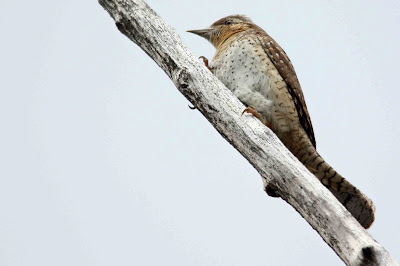 Here are also some pictures and a pseudo video of the Common Terns (makrellterne) I saw in Hardangerfjord. 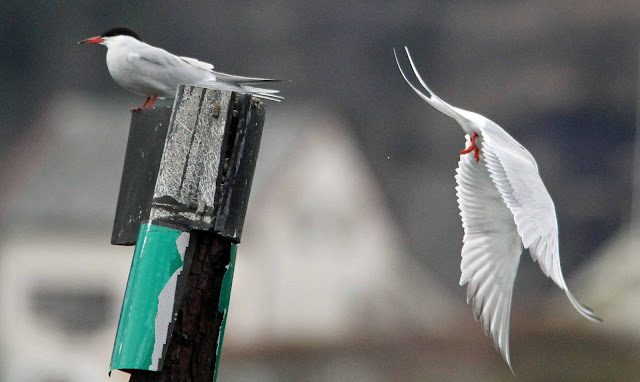 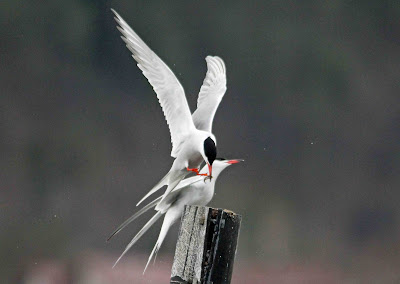 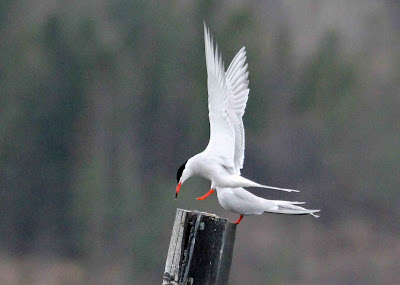 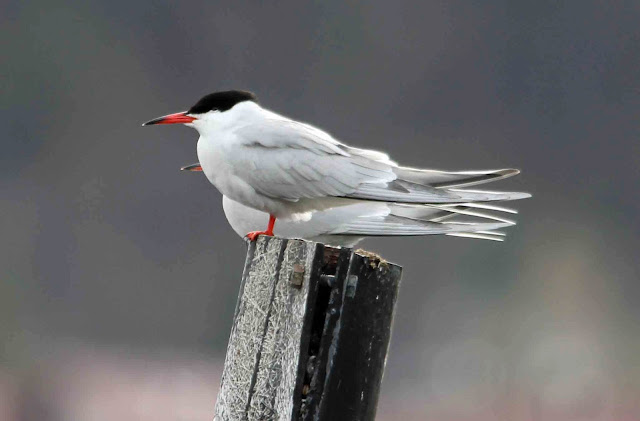