Even though it was forecast it was still a shock to wake up to snow and wind this morning which could not be any more different to the weather when I was owling only 12 hours earlier.


A drive around Maridalen revealed the effects of this change in the weather. The fields at Skjerven that had held 9 active Lapwings (vipe) yesterday afternoon now held just a single bird that was hunkering down and seeing out the blizzard. Where are the others? Presumably down by the fjord in a muddy bay.
The fields seemed devoid of passerines but I did eventually find a single Mistle Thrush (duetrost) and Reed Bunting (sivspurv) alongside Starlings (stær). By contrast, the feeding stations were heaving with birds. I have often noticed this that as spring develops the feeders get used less and less but if the weather turns then they are suddenly a magnet for all the birds in the valley. Chaffinches (bokfink) were prominent but I only saw males whereas of the three Bramblings (bjørkefink) I saw only one was a male. This difference is I think due to the fact that the Chaffinches are all early migrants and it is males that arrive first whereas the Bramblings may well be some of the birds that have wintered in and around Oslo this winter and therefore not migrants per se. I also had three Hawfinches.


It continued snowing through the afternoon and this bought the first two Chaffinches of the year to the garden - again both were males. 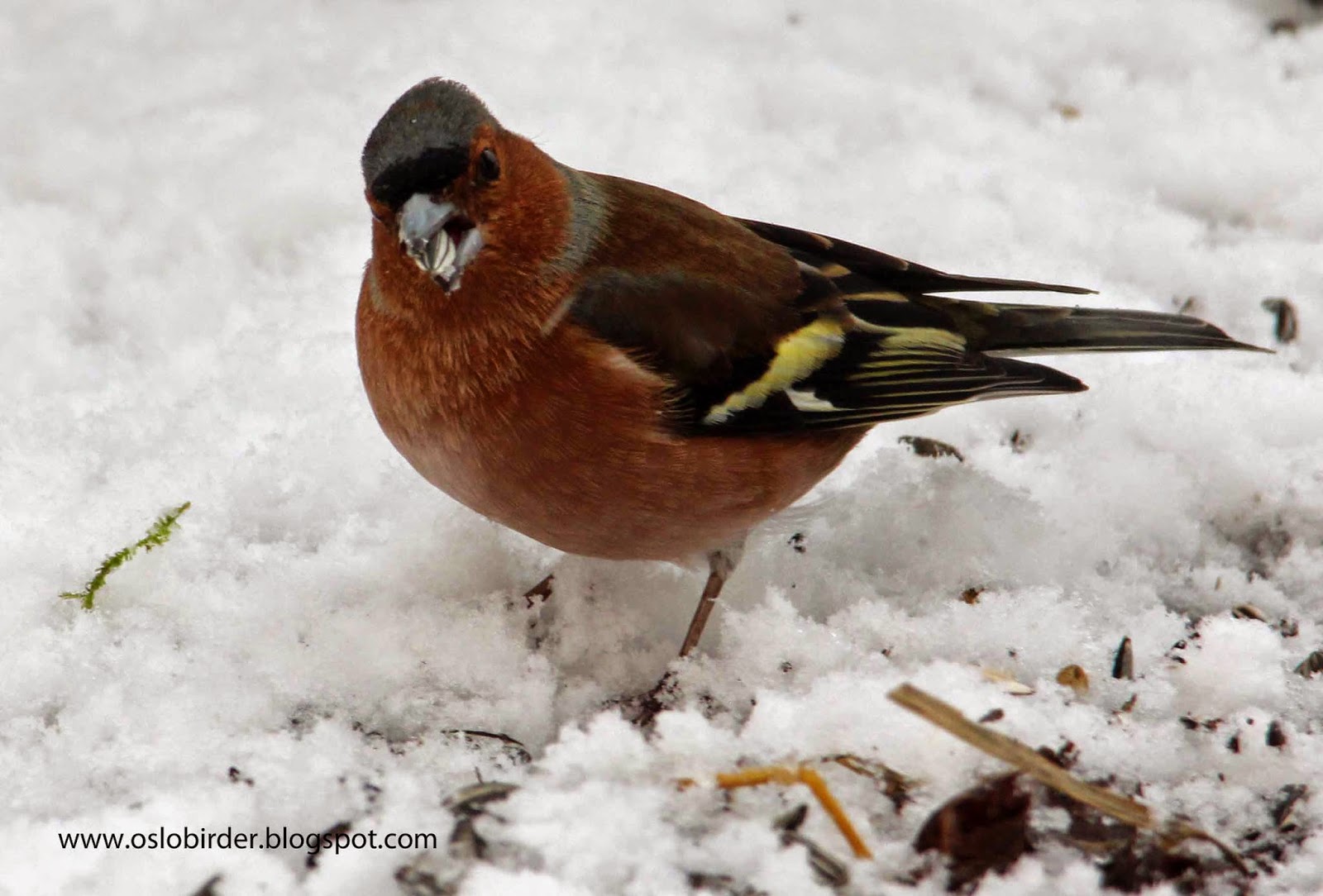 I've already updated this post so there's no harm updating it again. I've just had an SMS and a couple of pictures from Simon and Trevor who I guided on Thursday. Look what they have just found in Vardø and down to only 2 metres: