Chaffinches and a Pochard

With a day of sun and little wind I had hoped for some good and varied woodpecker activity in Maridalen this morning. Apart from a couple of drumming Great Spots (flaggspett) and heard Black and Green there was not the level of activity I hoped for and certainly no whiff of a Three-toed. It is still early though and the end of the month should see peak activity.


My moan yesterday that there were no passerine migrants other than Skylarks was heard today by Chaffinches (bokfink) with the first birds in Maridalen alongside a couple of Bramblings which have been around for a week or so. Although the lake is still 99% covered in ice there are a few Mallards and Goldeneyes back plus 6 Whooper Swans. Lapwing numbers were down to just three with the additional birds on Tuesday presumably having been migrants passing through.


Pochard (taffeland) is a less than annual species in Oslo so the sighting of one at Østensjøvannet a couple of days ago had to be followed up. This species did most likely breed at this site last year (a pair in late spring and then two juveniles in late summer) so it may be that the species will establish itself here. The bird this year is a female and she was being very closely followed by a male Tufted Duck (toppand). Although I hope that a male of her own kind turns up it would also be interesting to see the results of a hybrid pairing. There is now a fair sized area of open water at Østensjøvannet and two Great Crested Grebes (toppdykker) have returned – interestingly one is in full summer plumage whereas the other is still in complete winter plumage. The summer plumage bird frequently chased the other bird away.


At home I had a Stock Dove (skogdue) close to the house which mirrors March sightings in 2014 and 2013 and makes me wonder if I am overlooking breeding birds in the area. 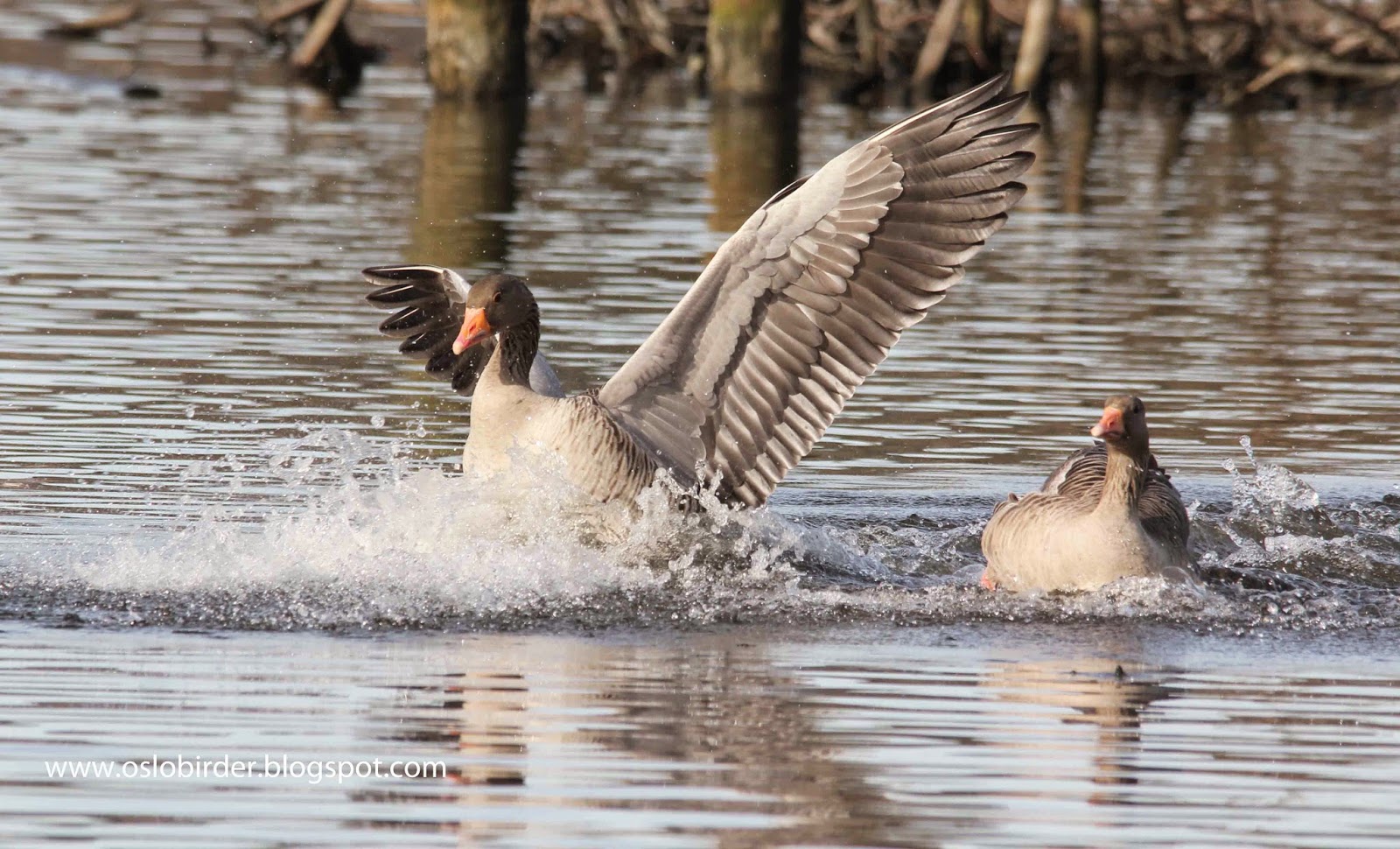 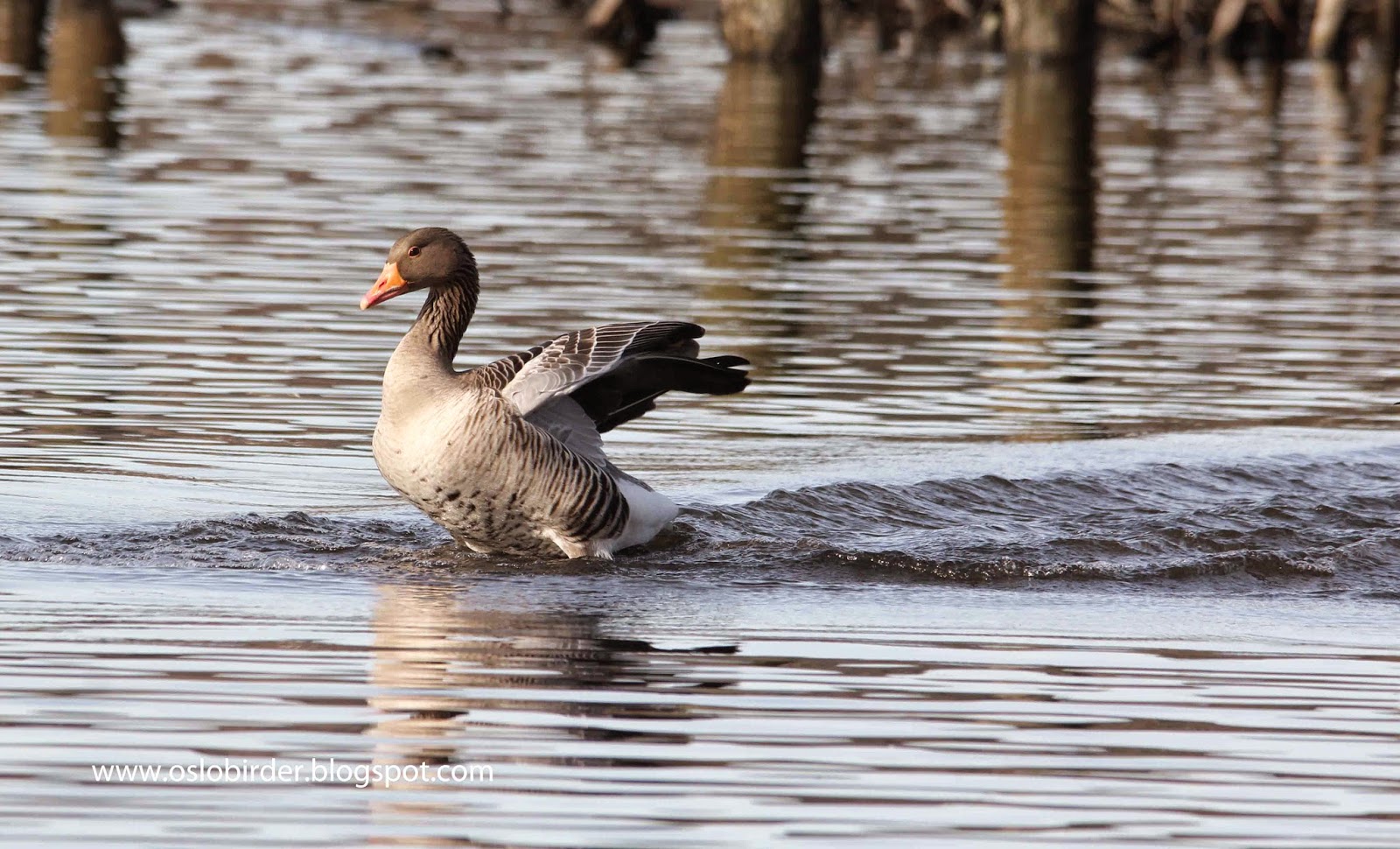