I had plans to find a lot of good breeding birds in the forests north of Maridalen today. Various woodpeckers, Hazel Grouse (jerpe) and Pygmy Owl (spurveugle) were on the cards. There was a lot more snow than I had expected with the cold nights clearly stopping the big thaw and there was little water in the streams. Walking on the snow (and often sinking through it) was a good test for my knee and judging by how sore it is now I still have a bit of time left before it is healed. My lack of serious exercise the last few weeks as I try to rest my knee was also evident as I was quite tired after my exertions. Was it worth it though? Absolutely not! Cloudy but not overcast conditions and a chilly northerly wind were enough to cause a near absence of drumming woodpeckers although Wrens (gjerdesmett) were singing and seem to have had a good winter.


There was no evidence of new migrants either although Chaffinches (bokfink) were now singing in the forests although none were on the fields. 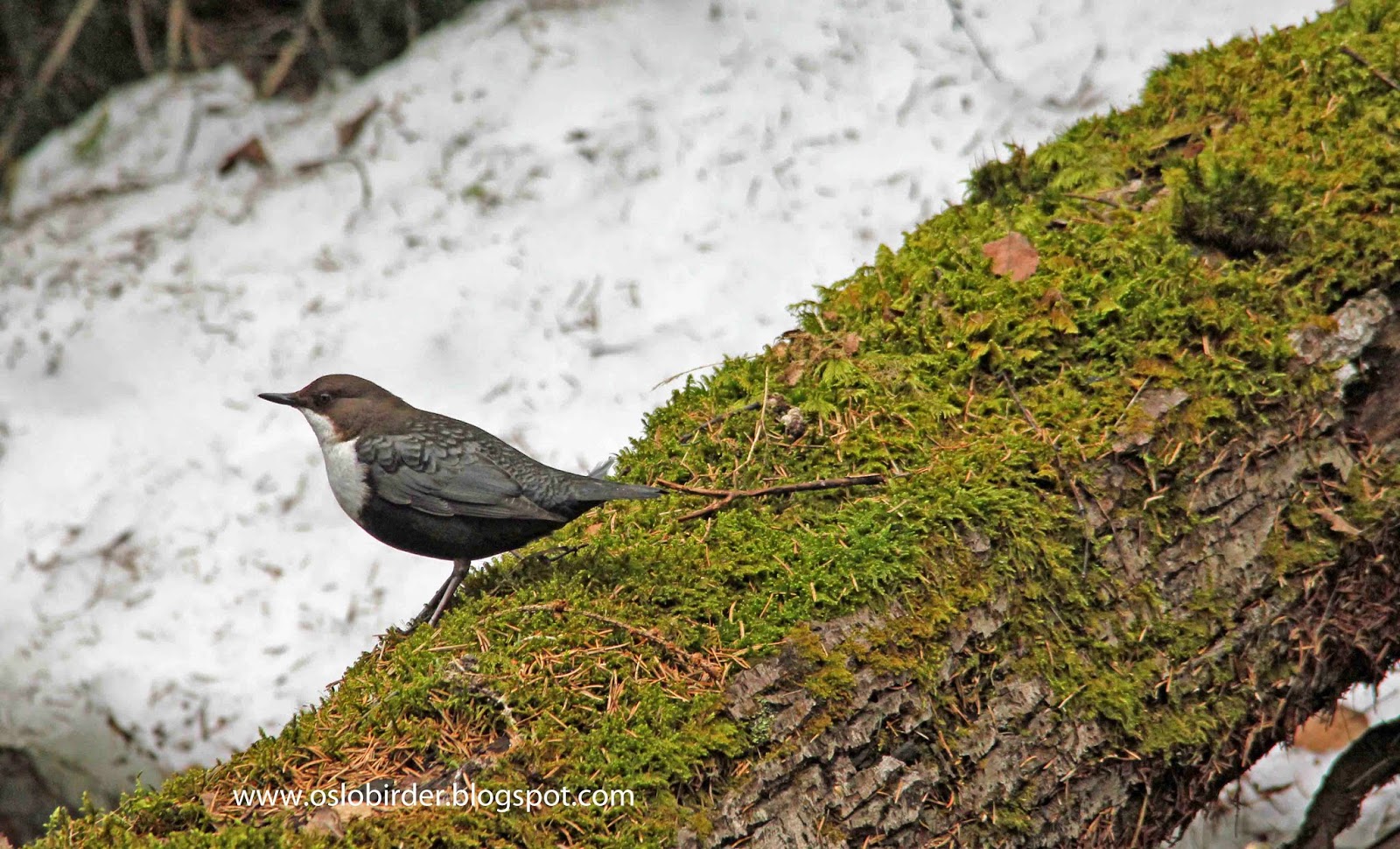