How things should be


We started off hoping to find Akershus’s only known breeding Woodlarks (trelerke) and were rewarded first by a calling flyover bird and then at a nearby site a singing bird that was singing for a good half hour as a dot over our heads. We really struggled to see it as it was way over 100m above us and to get your eyes to find the right focal distance is a constant struggle. Even more of a struggle is to get autofocus on the camera to lock on so it was necessary to use manual focus although the resulting pictures only just classify as record shots and 95% have ended up in the delete box. Perhaps most exciting here were some singing Common Redpolls (gråsisik) which have been exceptionally scarce in Norway this winter and this was only my second record and Rune’s first for 2015. We had some more later in the day so it looks like they are starting to return again from wherever their search for food took them this winter.


﻿  After enjoying the Woodlark in temperatures of -4C but under a hot sun we headed for the Glomma River and the Bean Geese (sædgås). I drove via some fields that were favoured last year and we never needed to go the river as there were the geese. It was difficult to count them exactly due to an undulating field but there was a minimum of 154 birds which is a definite increase over Wednesday and there were most likely even more. I did not manage to read off all neck collars but I had no new ones at least.


With many kilometres to put under our belts and more birds to find we drove the slow route to Bjørkelangen through the vast Mangen forests. A flock of 11 Long-tailed Tits (stjertmeis) that I first heard from the moving car were nice but our odd stops revealed little else. We then stopped to change drivers at what we thought was an unpromising stop and immediately had a brief Parrot Crossbill (furukorsnebb). In our search to relocate this bird we then heard a singing Grey-headed Woodpecker (gråspett). Although unseen even I was happy as to which species we were listening to. As we continued through the forests we had a roadside Pygmy Owl (spurveugle) at noon. I was interested to see how it would react to playback. It became attentive immediately although remained silent and after a minute flew low over us and landed a couple of hundred metres away. Turning off the playback we then heard a male singing off to our left and soon saw him so this must have been a pair.


A stop a few kilometres later to listen for whatever may be in the forest revealed a calling woodpecker. We were in disagreement as to whether it was a Three-toed (tretåspett) or Great Spotted (flaggspett) but when it started drumming we could both agree that surprisingly I had called it right: it was missing a toe. We soon found it and had good views of a drumming female. 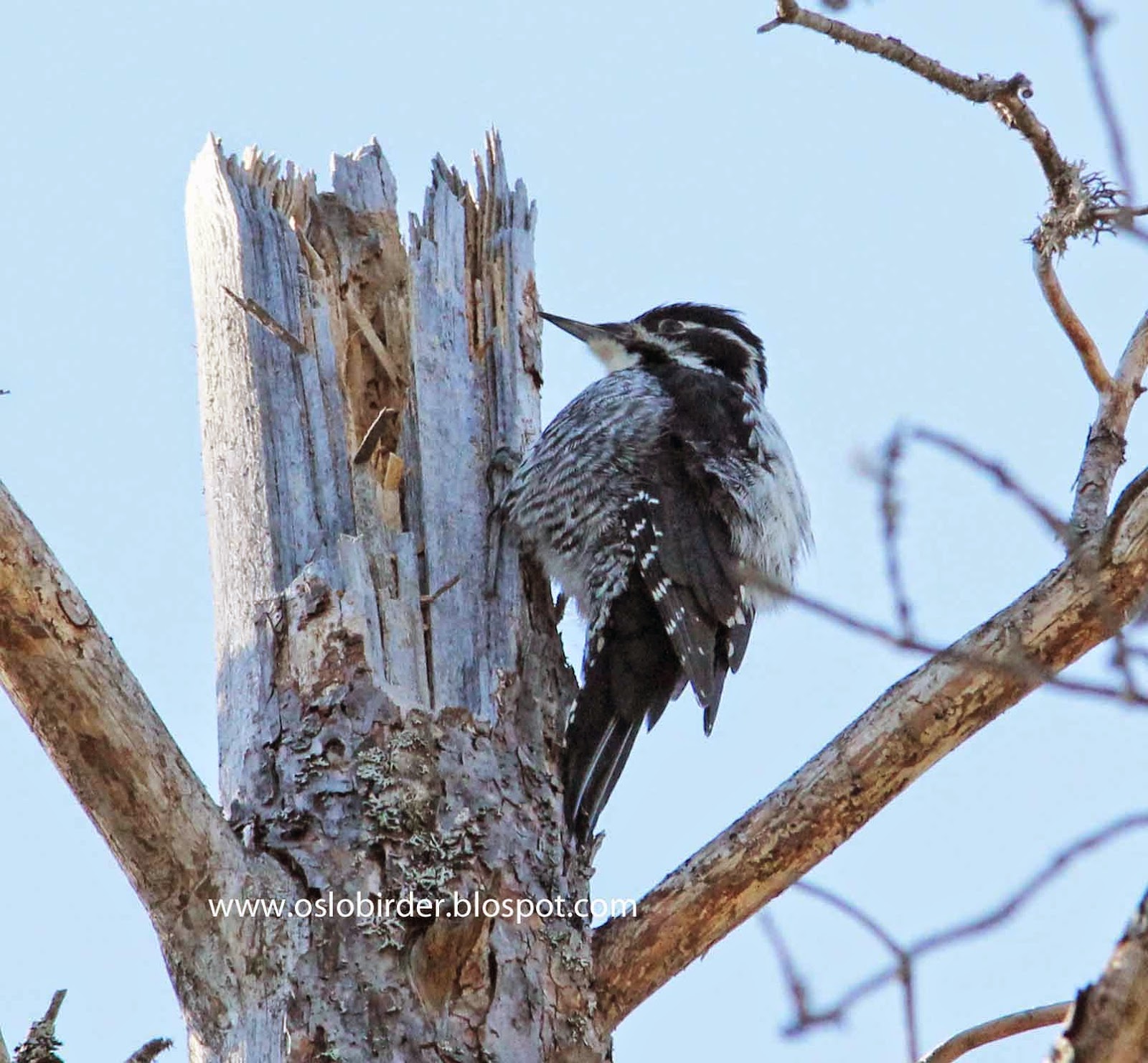 Today was turning out very nicely!!!


Around Bjørkelangen we had less than hoped for but a single Twite (bergirisk) and Crane (trane) were nice alongside Whooper Swans (sangsvane) and Lapwings (vipe). The last reward we had was a roadside Black Woodpecker (svartspett) excavating a nesting hole and giving me a useful stakeout. 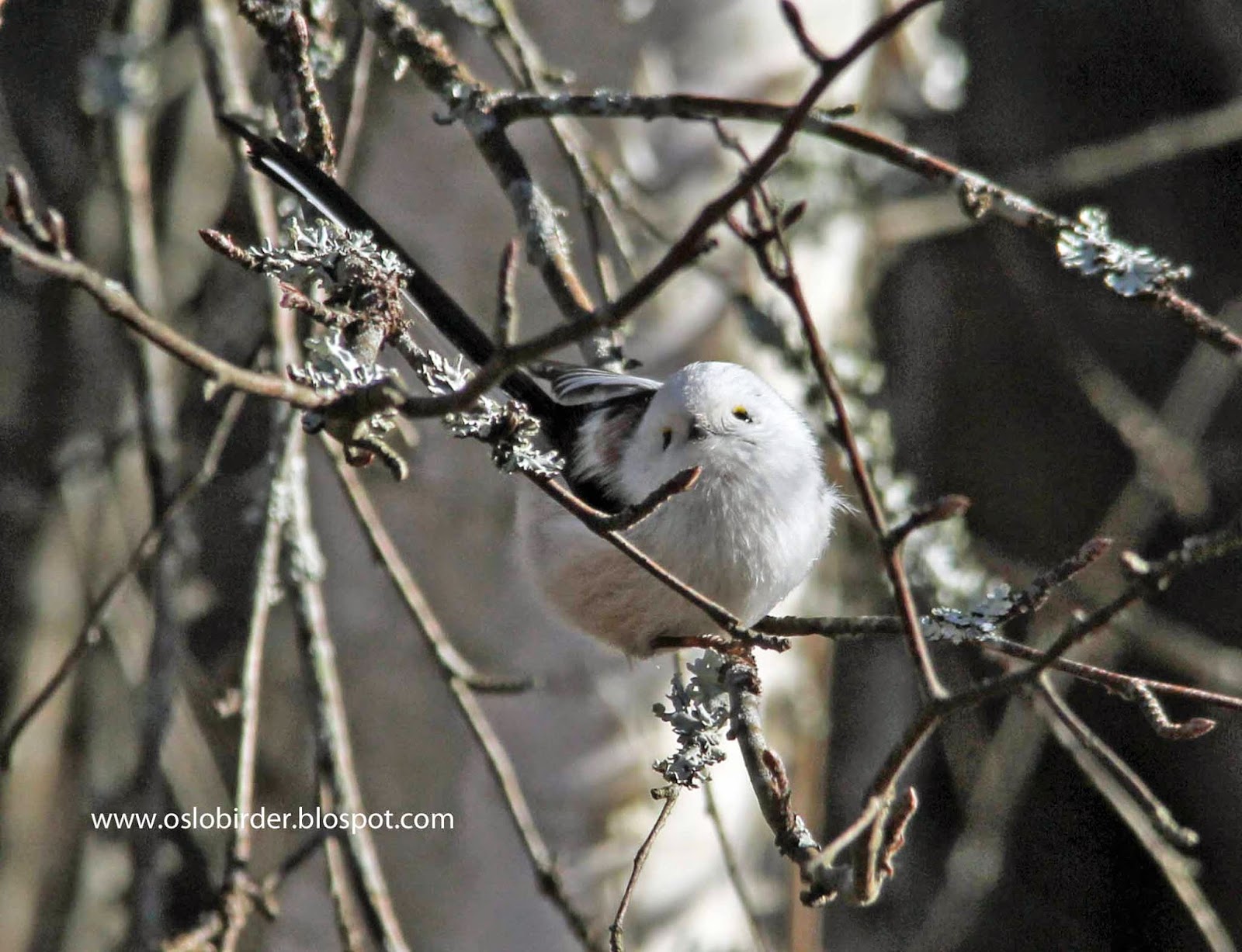 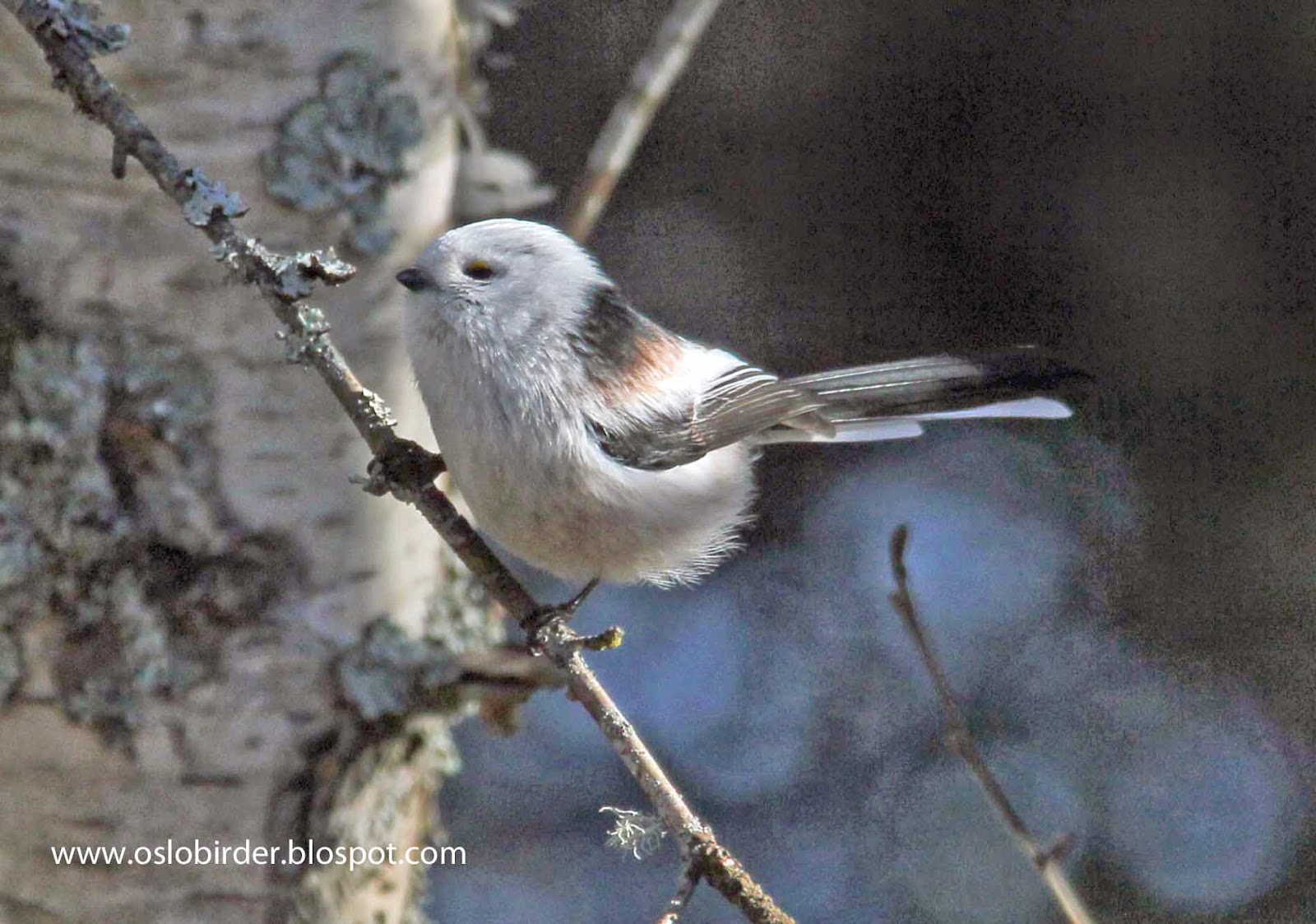