The snow came as forecast this morning and was very thick for an hour or snow but had all meted by early afternoon. I didn’t really expect there to me much in the way of new birds today but in fact there was more to see today.


In Maridalen the number of Lapwings (vipe) had increased to 10 but none were searching for food and there must be a limit to how long they can survive here in such weather. Maridalen bird of the day were the first Twite (bergirisk) of the year with 2 flyovers stopping to join 3 others feeding on a field edge. Precious little else in the fields other than 2 each of Mistle Thrush (duetrost) and Skylark (sanglerke). At the feeders Chaffinch numbers had increased to 30 with a single female amongst the males and I heard some quiet song from the handful of Bramblings also present.


I was very unsure as to whether I should continue birding in this weather but thought that a trip to Bygdøy to check the geese which have in the past held a few interesting species and then to Frognerpark would be worthwhile as it is a while since I have visited either of these sites. And it was a good decision.


Arriving at the favoured geese fields on Bygdøy one of the very first birds I saw was a White-fronted Goose (tundrågås)! Only my second ever Oslo record of this species it was on exactly the same field as my first record in April 2010. The 2010 bird was a dull 1st winter but today’s bird was a fine adult. It was not a particularly wary bird and allowed itself to be viewed at quite close range although I never tried to find out how it would react to me throwing bread at it ;-) A single Barnacle Goose (hvitkinngås) was also present amongst the Greylags but no Pink-footed Geese (kortnebbgås) yet. I also had my first Oslo Redwings (rødvingetrost) of the year here.


In Frognerparken my main aim was to see if the Iceland Gull (grønlandsmåke) was present for its third spring but when I arrived I saw all gulls flying nervously high up and they had presumably just been scared by a raptor and didn’t come down again in the 15 minutes I was there. On the lake I had 2 Coots (sothøne) which is the first time I have seen this species here. Also a pair of very tame Teal (krikkand). During the winter there have been 5 females and a male here. One female is ringed and thinks it is a Mallard whereas the other 5 birds acted like true wild ducks and I never saw them coming for bread. I therefore assumed that the ringed and tame female had snagged herself a mate but both these birds were unringed and therefore quite possibly new birds altogether. The male was particularly photogenic and I will most more photos of him at a later date. 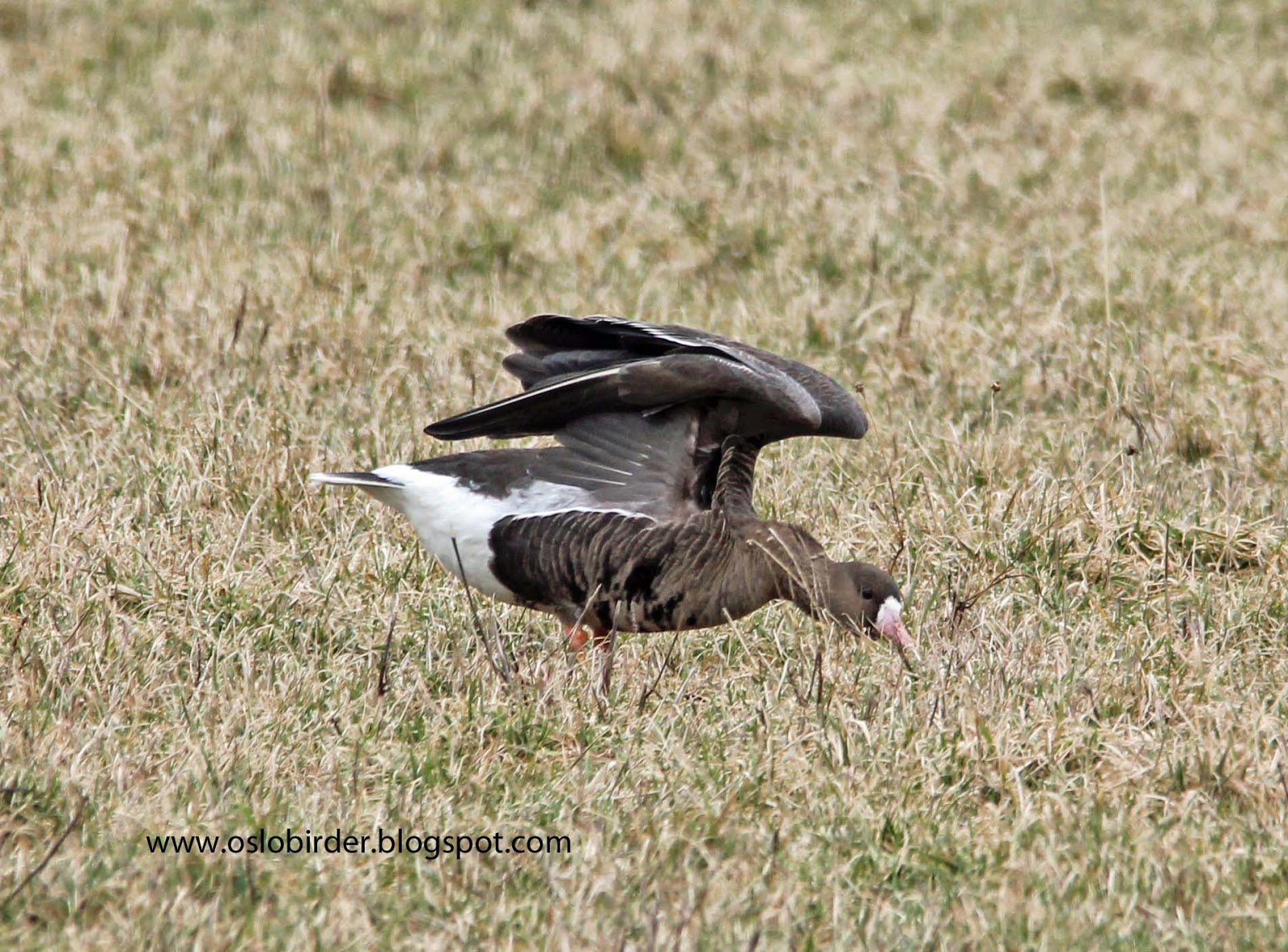