A tale of two owls and an eagle

I had the always enjoyable company of the Natural Born Birder today and we headed out east in Akershus with a hope that the drizzle in the air would bring down some migrants. There was no real evidence that it had worked as hope and early in the morning it was really quite cold and unpleasant being out. At Årnestangen bird were pretty much the same but all the ducks were sitting out on the water and I said rather hopefully that they had probably been disturbed by a White-tailed Eagle (havørn). And after a quarter of an hour we noticed that indeed there was an eagle sitting on the shore out in the bay. It was probably a 4cy bird and we saw what was presumably the same bird in the afternoon over Svellet where it white tail but otherwise immature plumage suggested this age class was correct.


The only species that distinguished itself today was Common Buzzard (musvåk) with four birds seen at three locations. None were flying around soaring and making themselves known but all seemed intent on finding food and three were already deep within the forests. Jules had two lifers today and the species show the real difference between resident birds in eastern and western Norway. The first lifer was a distant drumming Three-toed Woodpecker which we failed to see so hardly a satisfying experience but the second was much better: a Pygmy Owl (spurveugle). Both the species were where Rune and I had them on Friday so look to be good stake outs. The owl showed well atop a roadside spruce and we had it in flight being chased by a Magpie (skjære) when its speed and agility were surprising.


Bird of the day though was another species of owl which showed very well in its daytime roost. Hopefully a bird I can follow later in the year. 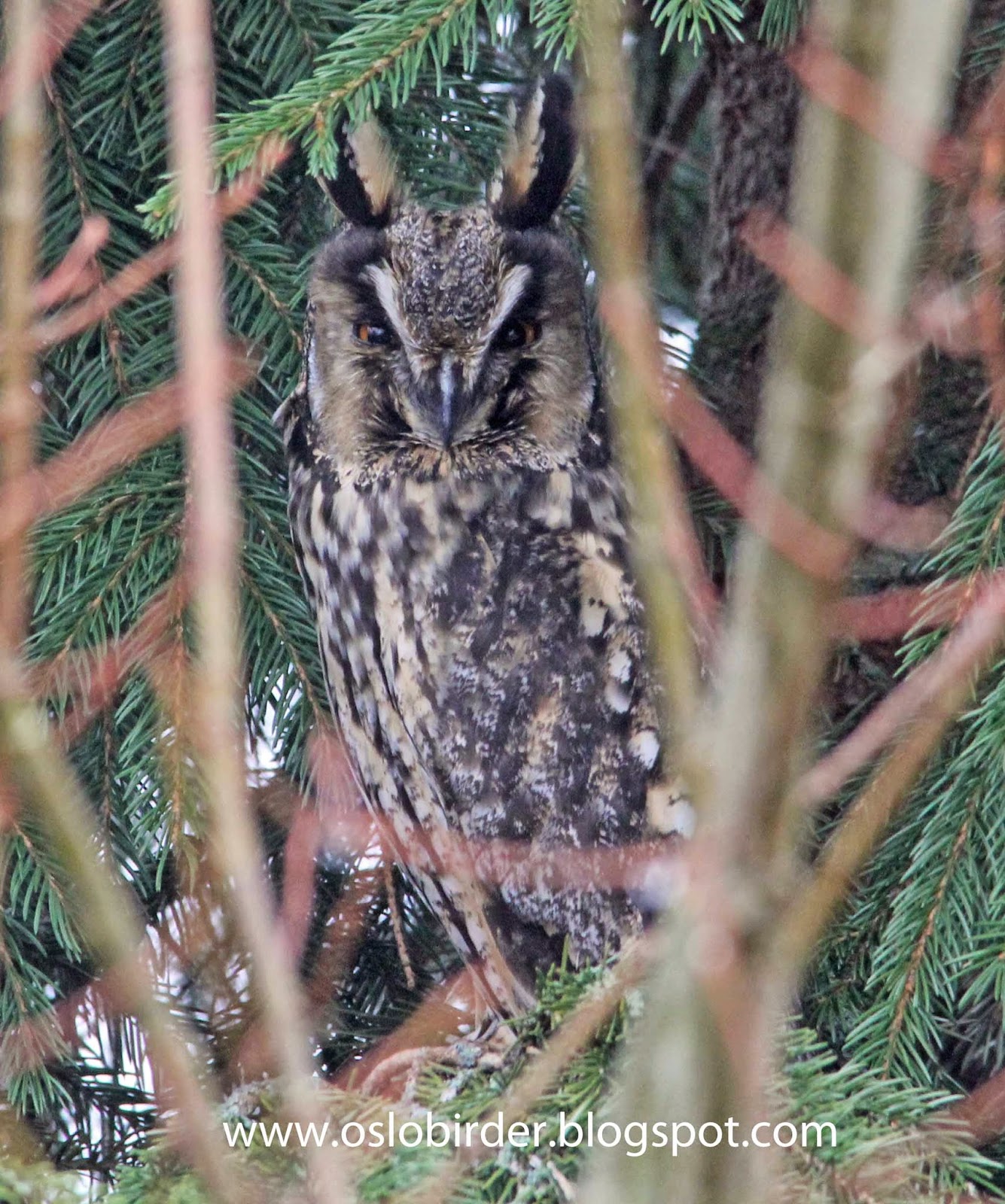 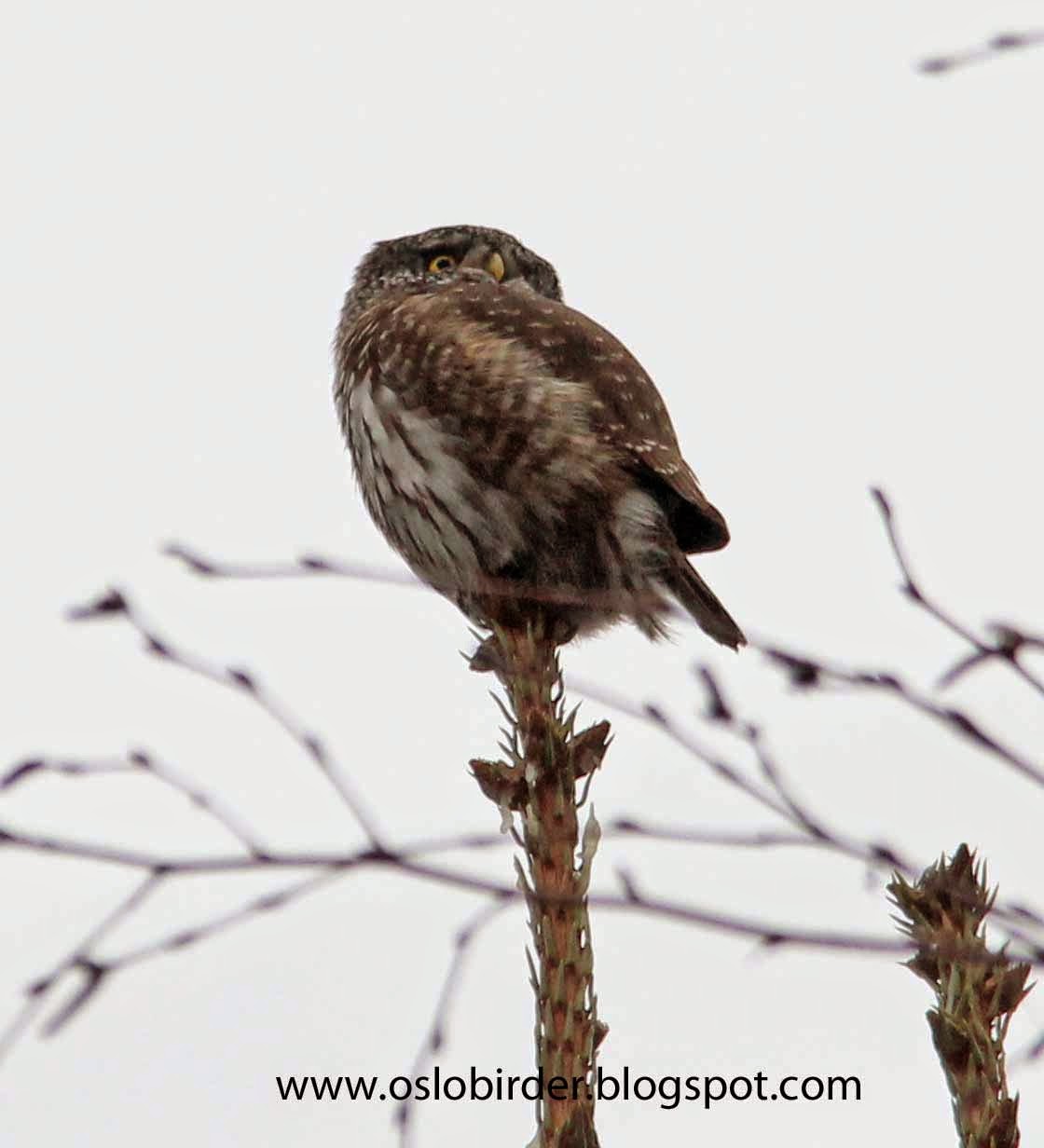