Hawk Owls are sooooo yesterday. Today what counts is Tengmalm’s Owl (perleugle). I had intended a trip to Hedmark searching for the large owls but the garage took ages to tell me that they still hadn’t fixed the car although I could have a hire car such that it was too late for the 2 hour drive to Hedmark. Just as well probably as I would have been knackered.

Instead I decided on another trip to the Mangen forests and Fernando joined me. We left early this time such that we were there before sun set at 6pm. We heard a distant singing Pygmy Owl (spurveugle) as we entered the forests but foolishly didn’t attempt to get closer as I was sure we would encounter more later as we were here at prime Pygmy Owl time.

In the end there were no more Pygmy Owls but the first Tengmalm’s was heard at 1820 whilst it was still fairly light. We then headed for the spot where I had a really close bird a week and a half ago and where Ketil Knudsen managed to take this picture the following evening. Here there was only a very distant owl to be heard and it remained like this despite a few visits during the course of the evening. We drove around a bit stopping and listening and hearing nothing but then at 1915 when it was just properly dark (there was no moon tonight) we heard an owl ahead up the road at least 500m away. We drove closer and eventually it was singing only 20 metres from the road. I tried to bring it closer but it went quiet. Then scanning with the torch I found it looking down at us. We had great views and also had it flying over us illuminated in the torch looking like a large white moth. We had it in the torch for around 10 minutes and I was able, after a lot of fumbling around, to mount the camera on my tripod and try to take some pictures with Fernando holding the torch. It is not easy but a couple turned out OK. The whole experience though was incredible and I really should invest in a head mounted camera so that I could have recorded it flying over us illuminated in the torch. We eventually left this bird singing its heart out and went searching for others. At one site we could three calling simultaneously. One was very close and sang at a high tempo – I had this bird in exactly the same spot on my last visit. This bird was the only one I recorded in the same spot as before which suggests birds are still establishing territories and finding mates. 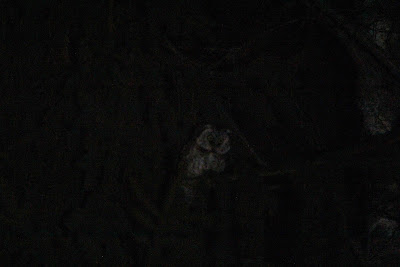 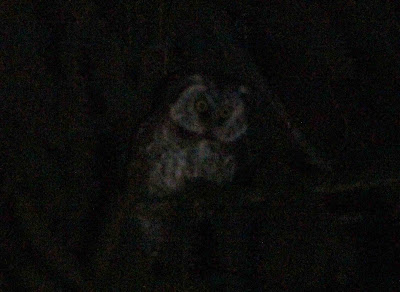 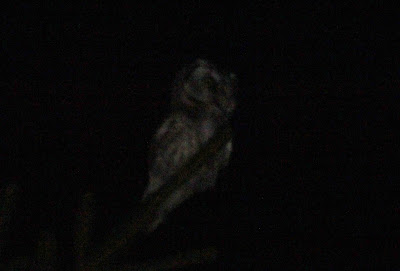 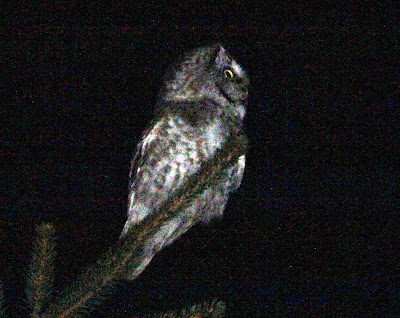