Never trust the word of an addict. It was only 9 days ago I was confidently proclaiming that Hawkie was the old drug and it was a good dose of Tengmalm’s that was the new high. Well after an unexpected hit of good quality Hawkie on Monday I found myself drawn back to my old habits and set off this morning to take “the ultimate hunting picture” of Hawkie.

At 10am I arrived at Hellesjøvannet after an uneventful and bird free hour long drive from Oslo. Straight away I saw my dealer sitting on a half distant spruce tree but straight away a gang of crows flew in to the same tree tops and scared it off. It took 40 minutes before it popped up again. I was then able to admire it for the next 1 hour and 35 minutes. And what did it do? It sat on exactly the same tree top! It did fluff its feathers a few times and have a bit of a preen but the rest of the time it was staring intently at the area of rough grass 200metres away where I caught a vole on Monday. What a perfectly adapted and efficient life they lead: find a good look out, keep your senses peeled and pounce when lunch appears, eat lunch, have a nap and start thinking about dinner.
Unfortunately though my hoped for shot did not materialise but it was great to, yet again, be so close to such a majestic bird. Whilst waiting and hoping for some hunting action I was able to take advantage of the panoramic view I had and scan for raptors and I was rewarded. First a distant dark speck revealed itself to be an immature Golden Eagle (kongeørn) - this bird seemed to be using the same flyway as the White-tailed Eagle (havørn) of Monday although was a number of km further south. Then 10 minutes later in another area I had a second large raptor which went behind some trees before I managed to sort it out although this was also probably a Golden Eagle.

Thinking there might be some action other places and not having enough patience for the owl to do something (I would most likely have wasted the photographic opportunity anyway) I set off back towards Oslo. Unfortunately there was no more action except for a single roadside Brambling (bjørkefink) and a group of six Roe Deer (rådyr).

Arriving back in Oslo it was snowing and a trip up into Maridalen revealed that the few areas where some bare ground had begun to appear had disappeared. With the snow forecast to continue for the next day or so then spring seems even further away.

As a result of the snow, the two feeding stations had a lot more birds on them than of late and I spent some time trying to find something interesting. At the feeding station at Berntsberg two young Roe deer were not bothered by my close presence and allowed me some good photos before ambling off. I sat, as usual, quietly in my car here watching the birds only 10 metres away. There were good numbers of tits, Nuthatch (spettmeis), Treecreeper (trekryper), Bullfinches (dompap) and three different Great Spotted Woodpeckers (flaggspett). I kept hearing a woodpecker tapping though which I was just not able to see from the car. I therefore decided to get out of the car to have a look. Something remarkable then happened. Instead of flying away a number of Tits flew directly at me and landed nearly at my feet. Clearly they have become used to someone feeding them and I would guess some will actually take food from the hand. Rather taken aback I got the camera from the car and stood by the feeders whilst the tits buzzed around me often too close to focus. I will have to return in better light and with some extra snacks to offer them as there must some great photo opportunities here.

These are the best shots I managed today. Also as can be seen in the photos many of the birds are ringed (at this site) but this experience of humankind does not seem to have made them any more wary. 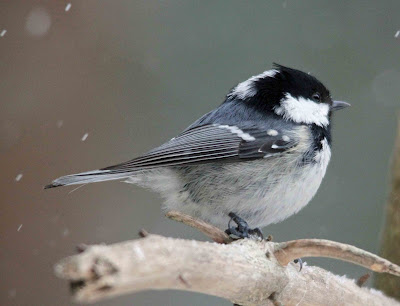 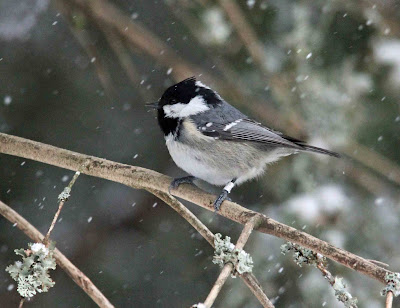 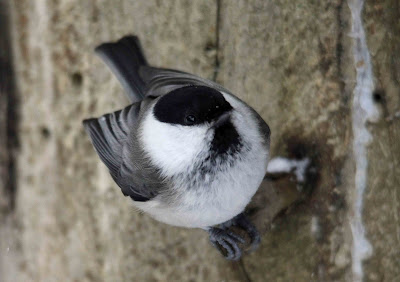 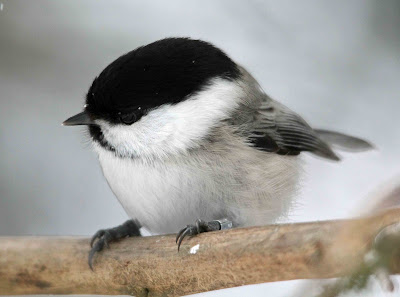 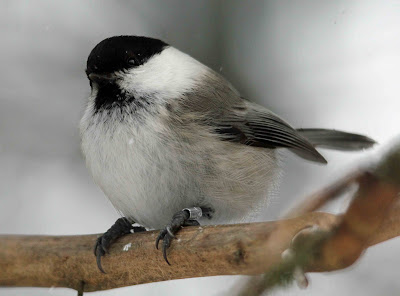 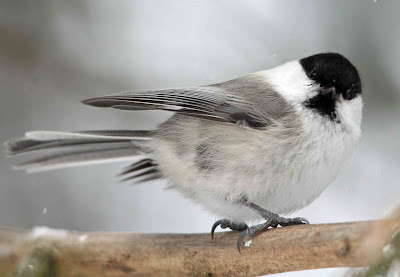 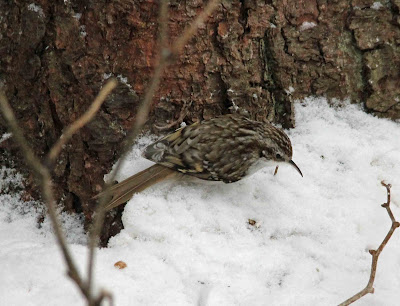 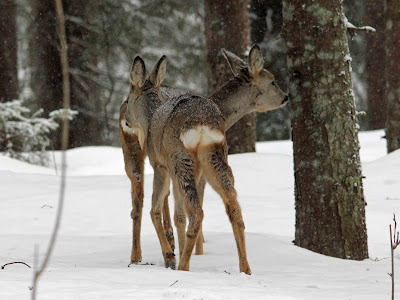