Something to write about

Birding has not been prioritised so much recently but there are some good birds out there and frequent new reminders of spring and migration. Dropping off my youngest today a Wood Pigeon was displaying and singing. The birds that breed in Oslo tend to turn up in early March and start singing straight away. Then later in the month and into April there is a very visible passage of 100's of birds both flying overhead and feeding in the fields. These are presumably more northerly breeders.

The most exciting bird in Oslo at the moment is a 1st winter Iceland Gull (grønlandsmåke). First seen last Wednesday, Per Buertange and I tried to find it the nest day without joy. It was seen again yesterday in Oslo’s most popular park, Frognerparken so we decided to try again. I headed first for nearby Marienlyst where the Med Gull hung out last winter as I had a feeling it may be feeding here with the Common Gulls (fiskemåke). How wrong could I be? Just as I was about to throw bread out ,whilst being serenaded by singing Collared Doves (tyrkerdue), Per rang to say he had found it on the lake in Frpgnerparken. 10 minutes and a short bus ride later I was able to see it. It had been taking bread with the Mallards on the lake but was now sitting on the ice in the middle of the lake before flying up onto a nearby roof. Here we were able to enjoy it as it preened but it was not interested in any more bread. 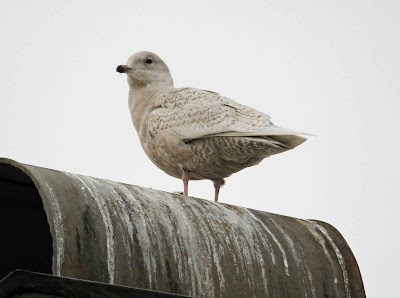 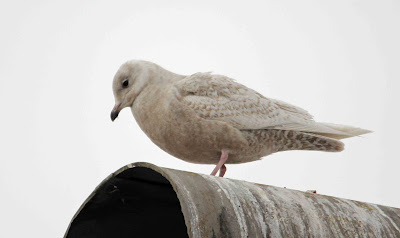 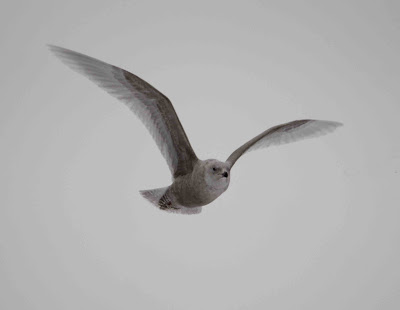 After a while Per and I went off to look for the resident Tawny Owls (kattugle) but today they were (presumably) inside their hole instead of sitting visibly at the entrance. We did though enjoy a Grey Heron (gråhegre) here that was standing on the ice in a small pond. It frequently went into hunting mode and on one occasion seriously stabbed the ice as though it was trying to catch a fish under the ice – a good way to get concussion.

Returning to the lake in Frognerparken I saw that the gull was standing on the ice with the ducks where they are fed – it was the only gull here. 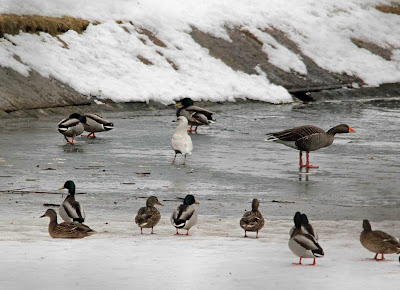 By the time I got round to this end it had moved back out onto the ice with the Herring Gulls (gråmåke).

Three Greylag Geese (grågås) were new in and the two female Teal (krikkand) were also still present. I spent some time taking pictures of these whilst hoping the gull would come closer but in the end it never did. I am happy with the other pictures I took though. Taking pictures against snow can be challenging but you can also get some nice motifs. 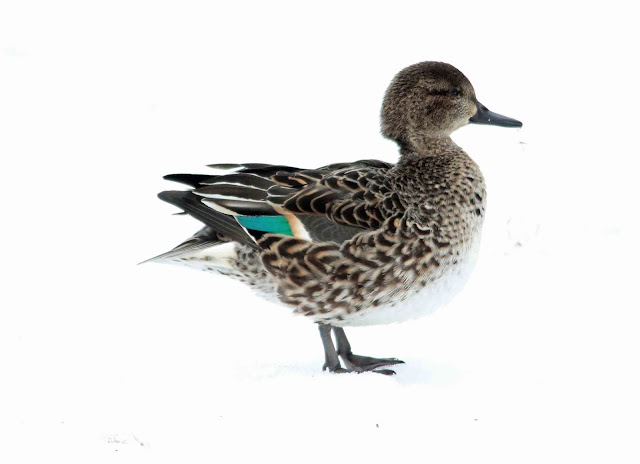 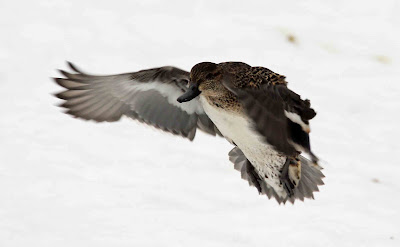 Also a pale Herring Gull which may be within the limits for what could be considered evidence of past Glaucous Gull hybridisation. 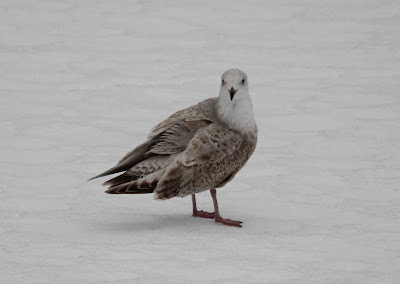