After getting the feeling there were a few birds to be found at Fornebu yesterday afternoon, Per Christian and I were there just after 6am today. The northerly wind is still blowing quite freshly and the skies are blue so it isn’t exactly the best conditions but it is mid May.


11 Yellow Wagtails, a Redstart, 2 Whinchat and 20 Wheatear (migrants plus breeding birds) gave something to work through in Nansenpark where there were also two Little Ringed Plovers and a single Ringed Plover. Two Wrynecks were singing in Koksa and were possibly a male and female although they were 75m apart and not acting like a pair.


Looking at the pictures it seems structurally at least to be a straightforward Willow Warbler although I think that plumage wise maybe there it I not classic Willow? But the most likely explanation for this bird is that it is a Willow Warbler that has some problem singing which is why the song is so quiet and some parts are almost silent despite its beak being open. Its inability to sing loudly might also explain why it was sitting far more exposed than other Willow Warblers because it felt it had to try harder. Of course if it was a hybrid then who knows what type of song it would have?
The bird was also ringed but my pictures have not allowed me to get any real detail. You see in the beginning of the video that it seems to peck at the ring so maybe has only just been blinged - who knows this could also have caused its wierd song.
In the video the song is quiet so you need to listen carefully. 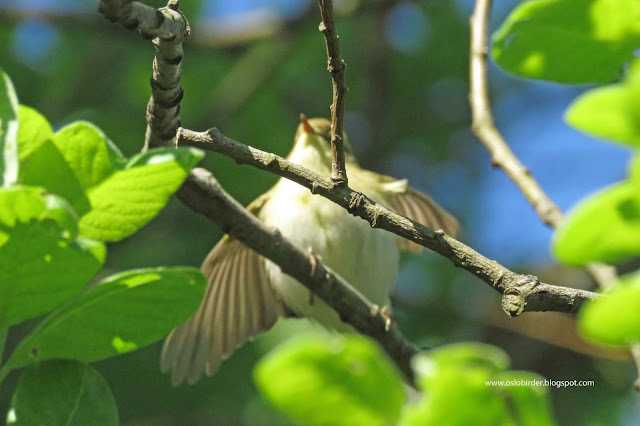 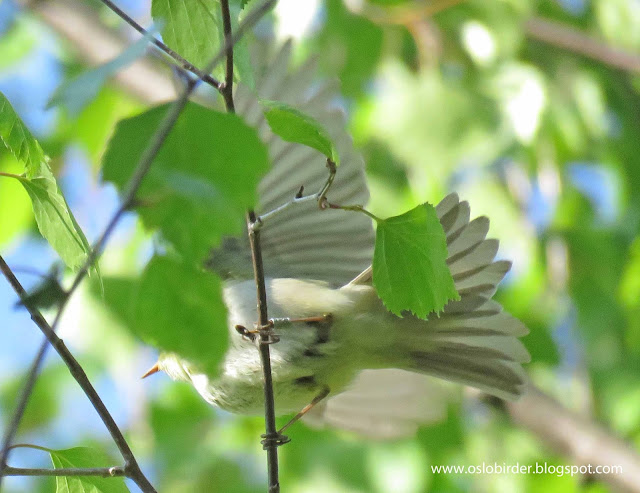 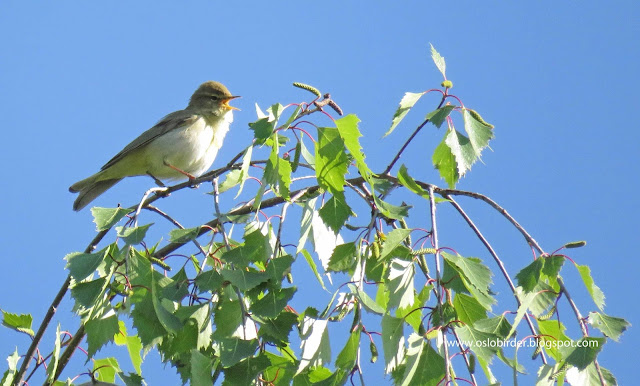 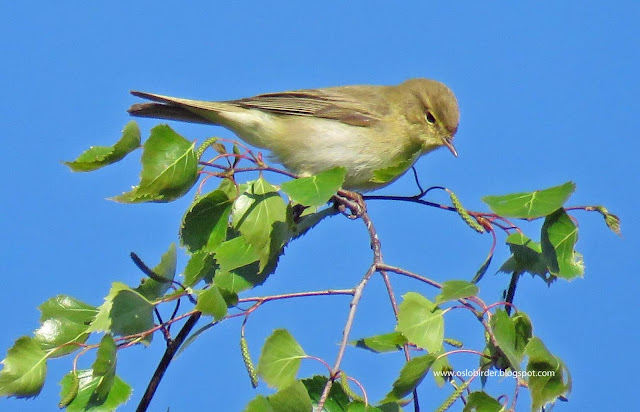