I had an early start and it was only once I was in the road that I decided whether it would be a seawatch from Brentetangen or an Aurskog-Høland trip. Showers and reduced visibility put me off the idea of seawatching so I headed east. The weekend rains have left masses of flood water and although there were not huge numbers of birds it is looking good for later this week and next week when the waters receded and warm weather comes.


Wood Sandpipers have now arrived – I had birds in various places including Svellet where there were 18 today up from zero yesterday. I also had all three hirundines and there were quite a few raptors today with 4 Kestrels, Merlin, 2 Peregrines, 2 Marsh Harriers, Hen Harrier, Common Buzzard and Rough-legged Buzzard. Greenshank have increased to 80 in Svellet and the water level looks to have stopped rising and conditions are looking very niiiiiice.


Both the Tundra Bean Geese from last week were still around although had both had moved a little to the north.


A stop in Maridalen after lunch with showers and southerly winds was surprisingly quiet with no waders or ducks but my first Redstart of the year, a fine but unphotogenic male, was a bonus.
It was gloomy all day today and my pictures are a bit disappointing. 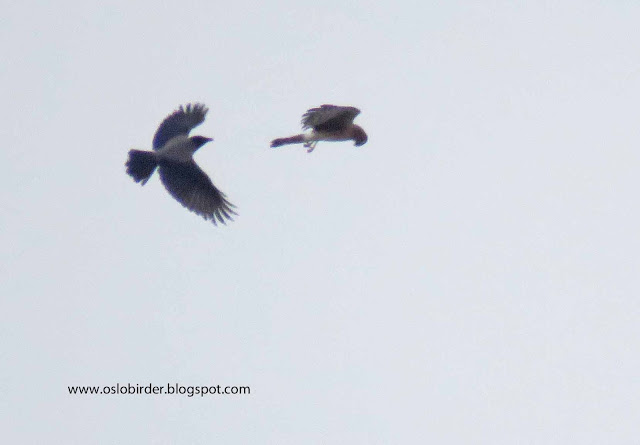 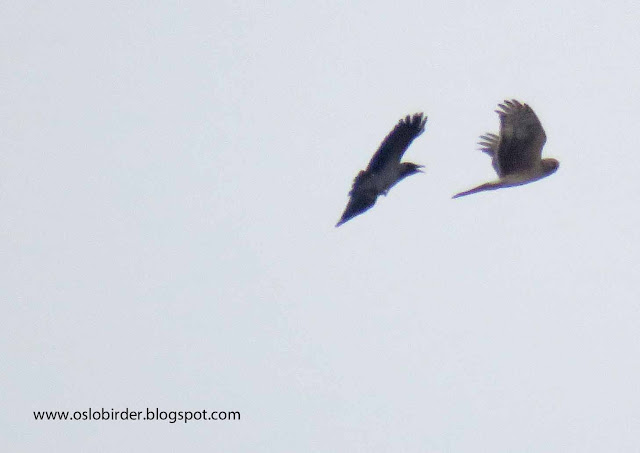